5 Tips to Give Your Soccer Photography Kick

The excitement of the World Cup has gripped fans around the world with shocking upsets and thrilling victories. Not a day passes that we don’t see powerful soccer images from these contests on popular websites and sports pages. You may be wondering what tricks are used to photograph the action. The intense speed of the game surely presents a challenge. Yet, there is actually a formula that most successful sports photographs fit into. While you may not have access to the events in Brazil, you can use these tips to photograph soccer in your own home town. 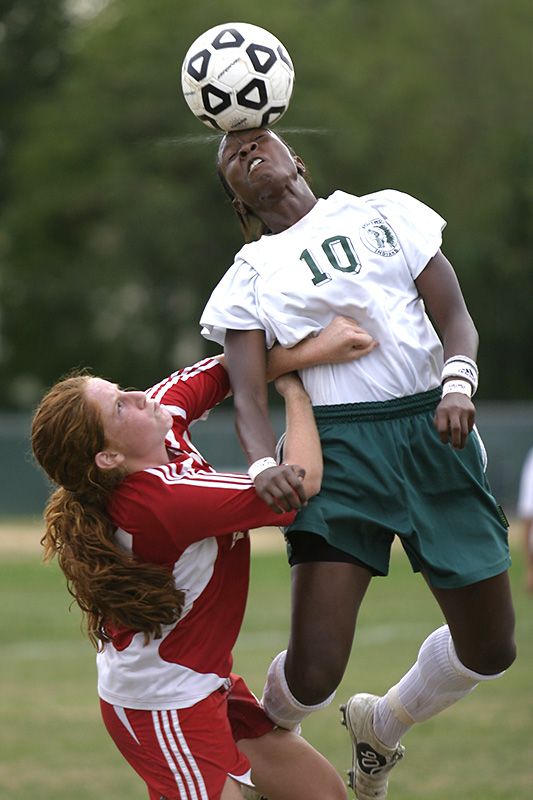 For centuries, baseball coaches have repeated “never take your eye off the ball.” This is especially true to follow the action of a soccer match. With sharp deflections, quick passes, and constant player movement, you need both eyes on the field. Many photographers mistakenly keep one eye closed while looking through the viewfinder with the other. This actually limits their sight by fifty percent. By time the ball enters the field of view, it’s too late. A better approach is to keep your second eye open, utilizing your peripheral vision. This enables you to see a play unfold, anticipate the next move, and shoot. 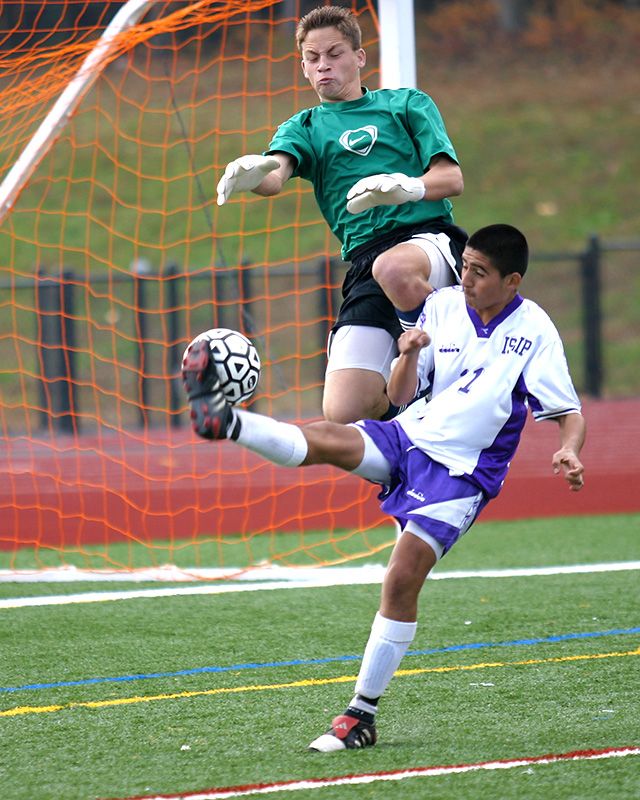 Much of the action happens in front of the goalkeeper, including aerial saves and spectacular goals. With a long telephoto lens of 200-300mm, you can position yourself mid-field and capture both team’s scoring chances. Rather than being weighed down by a tripod, opt for a monopod which is easily to move without taking up much space on the crowded sidelines. If access is permitted, you can also shoot from behind the net for a different perspective. 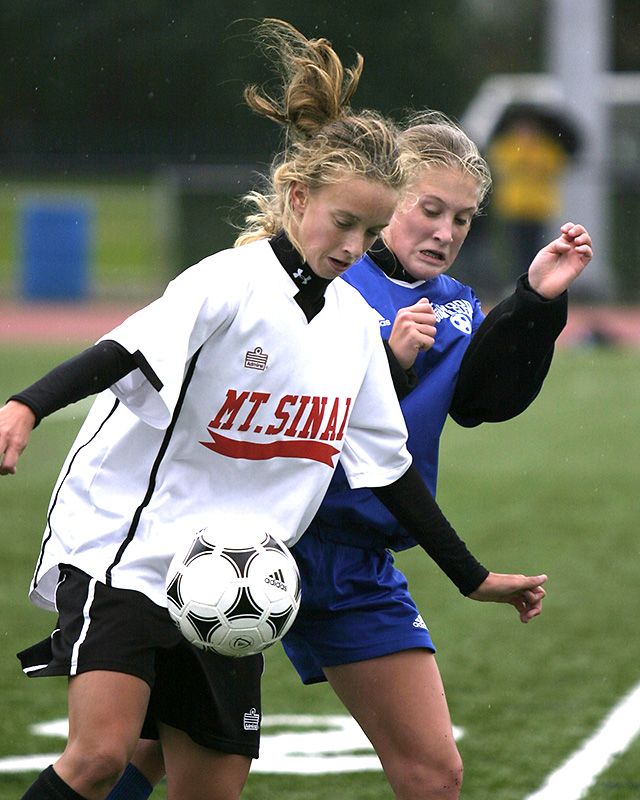 When you watch the games is Brazil, pay careful attention to the sidelines. That’s where you’ll see the professionals working with two, and sometimes three cameras simultaneously. Why do they do this? It’s all about being ready for anything. In addition to the telephoto lens, they are working with wide angle lenses to capture the action as it nears the sidelines. When a player is just a few feet away, a focal range between 24-70mm will operate nicely. Using a full compliment of tools makes it possible to capture stunning imagery from anywhere in the stadium. 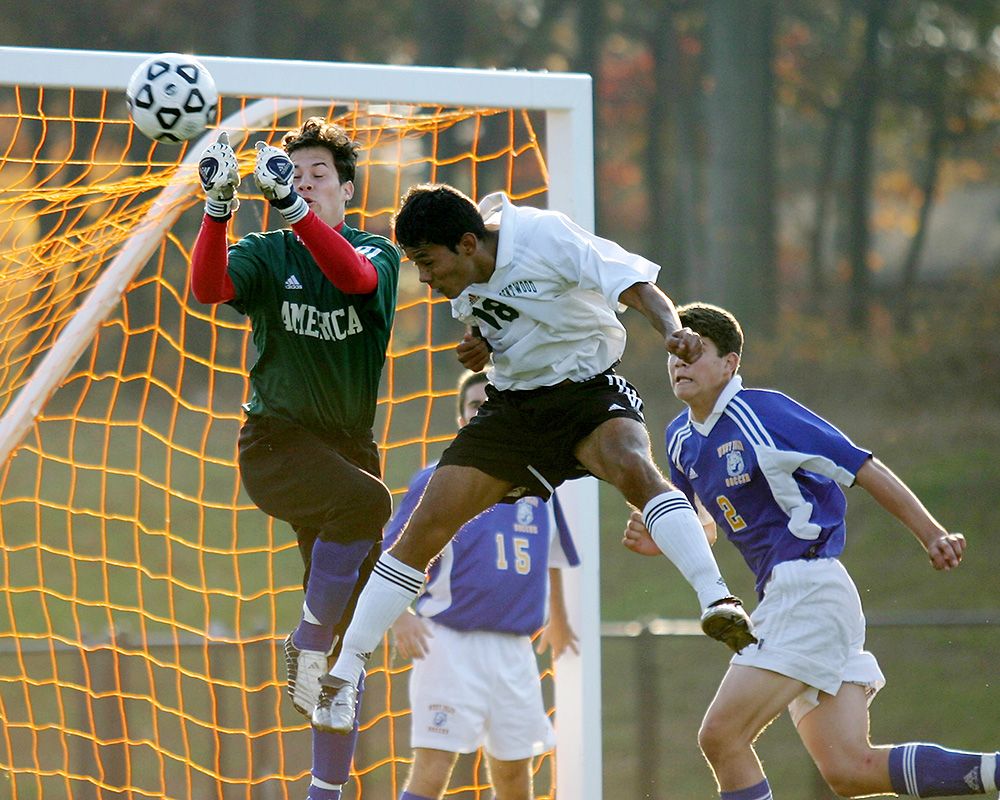 Those high flying kicks can only be frozen with a super fast shutter speed of at least 1/500th of a second. This will allow you to freeze most action. As the competition advances to the varsity, college and professional level, you’ll find 1/1000 is a better match for the intense speed of the game. Since the shutter is so incredibly quick, not much light gets into the camera. As a result, you’ll need a wide aperture around f2.8 or f4, along with a very fast ISO such as 800, or 1600. For indoor arenas which re notorious for poor light, you may need to push the ISO even higher to 3200 and beyond.

There’s nothing worse than missing a shot due to poor focus. To keep things simple but effective, just use the single center autofocus point. This is usually the most sensitive of all the points, making it easier to quickly lock onto your subject. This coupled with AI Servo mode turns your camera into a powerful tracking device. Just keep the center focus point on the player and hold the shutter button down halfway. To further increase your chances of success, use the highest speed burst mode on your camera. The more frames per second, the better.

No matter who wins the World Cup this summer, we’ve all been treated to a number of memorable contests. Meanwhile, on grassy fields in small towns, the future players of the game continue to polish their skills. Competitive action can be found in just about any neighborhood. As the game continues to grow in popularity, so will the need for good soccer photography. Use these tips as a starting point and you just may find yourself on the sidelines of the next big tournament in 2016.

The Most Important Factor to Produce Better Photographs

Replace Your Ex with Red Flags, Snakes and more with Picsart's AI Replace

How to Add Shape Masks to Your Photos

Meet SketchAI: A New App to Turn Your Drawings into AI Art

How to Use the Add Photo Feature to Make Awesome Overlays