If there is a core message to Earth Day, it is that our planet is a wondrous place and it is ours to lose. Paradise is here on Earth, and it is fragile.

Most of us care, but we hear of distant exotic lands in trouble and we have a hard time feeling connected to them during our daily routine. The truth is that all life is connected, and no matter how far away a certain place or animal population may be, we depend on a global balance. Because that danger may still not feel quite real enough, however, we’re going to shorten the distance with photography.

In honor of Earth Day, here are six breathtaking habitats that are disappearing before our very eyes. If we don’t start living greener lives today, these photos may eventually be all that we have left of these marvelous natural landscapes.

The rainforests of Madagascar are unique, as nearly ninety percent of their wildlife exists nowhere else on Earth, including birds, plants, and fifty species of lemur. Exotic oddities have already gone extinct since human settlement, including the dwarf hippo and the elephant bird, which was the world’s largest bird species. Today, Madagascar is nearing the end of its rope. Deforestation from slash-and-burn agriculture has wiped out more than eighty percent of the island’s jungles. Without tree roots to hold the soil in place, land is eroding so quickly that the rivers look like they are bleeding orange when viewed from above.

The Great Barrier Reef is one of the world’s largest and most diverse ecosystems, a collection of 2,900 reefs half the size of Texas. Countless species of fish, plants, birds, whales, mollusks and more depend on the reef for life, including a third of the planet’s soft coral and six of the world’s seven species of giant turtles. As of now, port expansion and runoff pollutants have decimated half of the coral over the past three decades, and the reef is on schedule to be halved again by 2022, creating lifeless deserts of bleached white coral.

One tenth of Earth’s species live in the Amazon rainforest, a massive jungle that produces twenty percent of the oxygen we breathe. Deforestation has put half of the Amazon’s tree species at risk of extinction and worse yet, global warming has created droughts that bake the forest dry, turning jungle into desert.

4. The Arctic and Antarctic

No place on Earth is feeling the heat of climate change more than the Arctic and Antarctic, whose ice sheets are at record low levels and warming at twice the rate of the global average. This disappearing ecosystem not only threatens the seals and polar bears that call these places their home, but the melting ice is as much a result of climate change as it is a cause, releasing carbon dioxide trapped within it into the atmosphere as it melts, accelerating the heating process. This is ground zero for rising sea levels.

Borneo is the world’s third largest island (twice the size of Germany!) and home to one of the world’s oldest rainforests, a 140 million-year-old jungle of orangutans, sumatran rhinos, clouded leopards, and pygmy elephants. Flowering plants and mangrove forests can also count themselves among the innumerable natural treasures we’re at risk of losing here. Unfortunately, half of the world’s timber comes from Borneo, and thirty percent of the rainforest has been chopped down since the 70s.

Polynesia and Micronesia comprise about 4,500 islands in the Southern Pacific, and because many sit just above sea level, rising seas threaten to erase whole cultures by making populated islands uninhabitable. The lowest islands risk complete submersion, which means being wiped off of the map entirely.

From pole to pole, planet Earth is choking on human industry. Still, the same ingenuity that created this mess is our best hope for the conservation and restoration of the world’s habitats, but we need everyone to get behind this collective effort. Help sound the alarm this Earth Day and share this article! 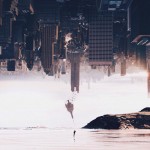