6 Reasons to Visit Copenhagen: Seeing the World through PicsArt 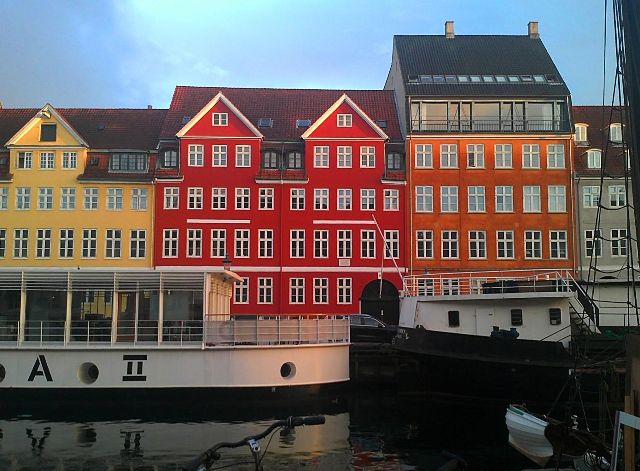 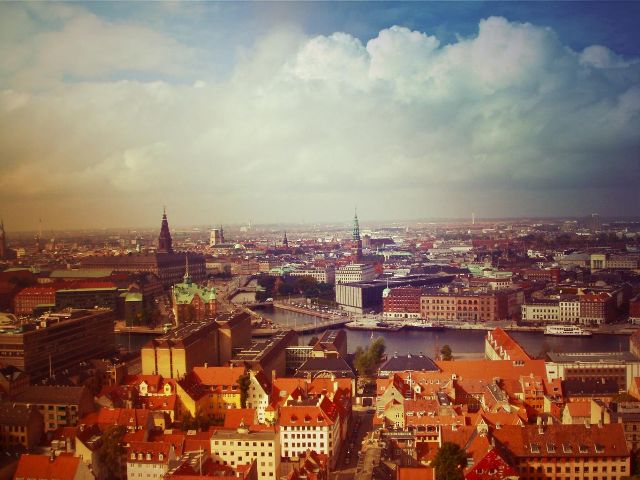 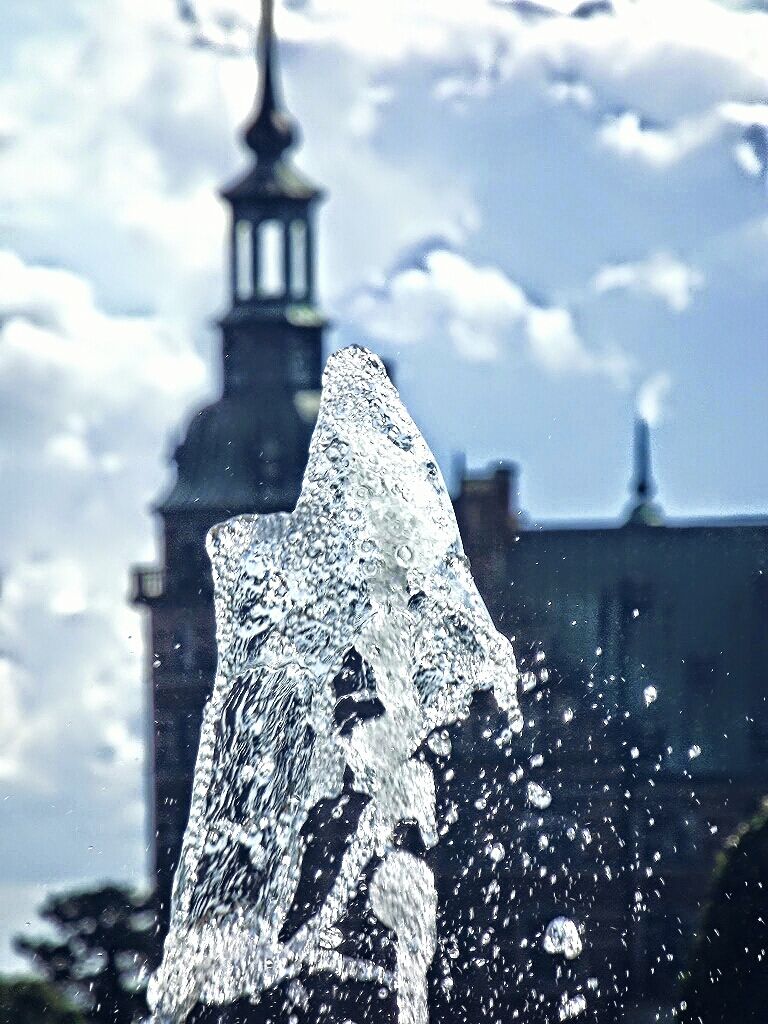 Visiting Copenhagen as a tourist is dangerous, because once you put your bags down and start to take in what’s around you, you may never want to leave. As the capital of Denmark, this port city is located on the Øresund straight, just across from Sweden. The culture and history make this city stunning. Throw in one of the world’s most open-minded cultures and easy-going lifestyles, and it starts to become a little unfair.

Copenhagen actually began as a viking fishing village before becoming the seat of one of Europe’s greatest kingdoms. The Danish Royal Family goes back a thousand years, making it the oldest in the world. Its influence is evident in the many castles and architectural marvels constructed by monarchs over the centuries.

Copenhagen is anything but stuck in the past, however. Deemed the happiest city on Earth, this modern metropolis is packed with parks, city beaches, and endless entertainment, and is so environmentally friendly that you can swim in its harbor. What’s more, it has a bustling food scene, charming cafes, and a nightlife that amounts to a giant party.

Check out our top six reasons to visit Copenhagen and see the city through the eyes of those who have been there. Let PicsArtists show you why this Scandinavian capital should be your next vacation destination. 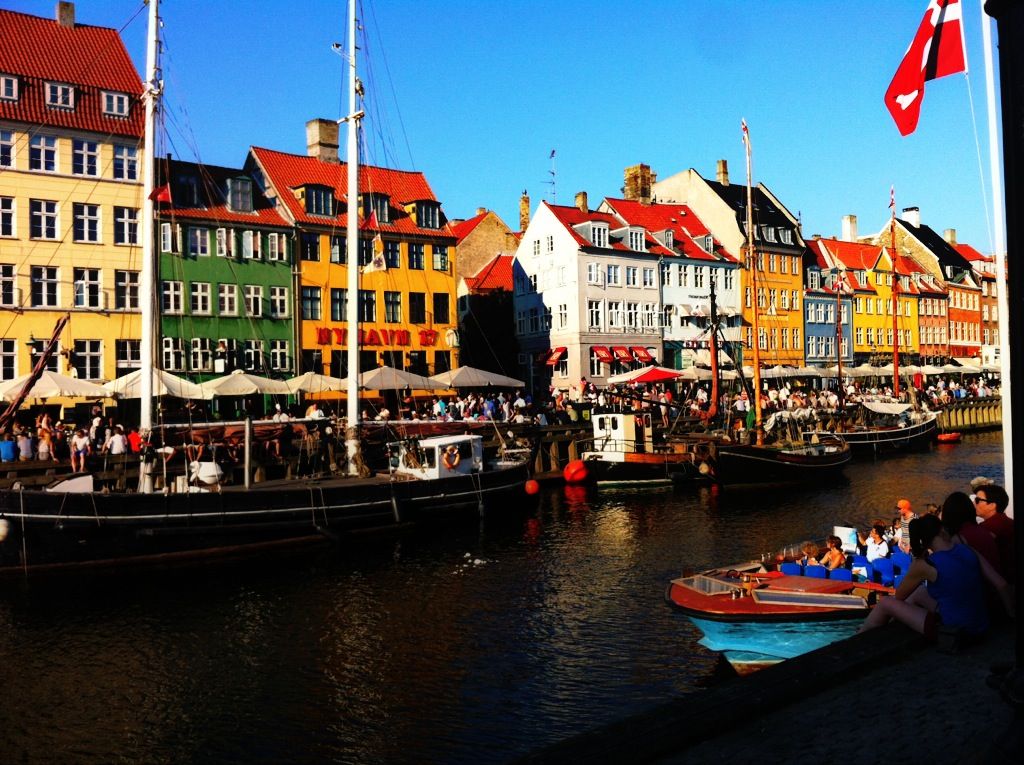 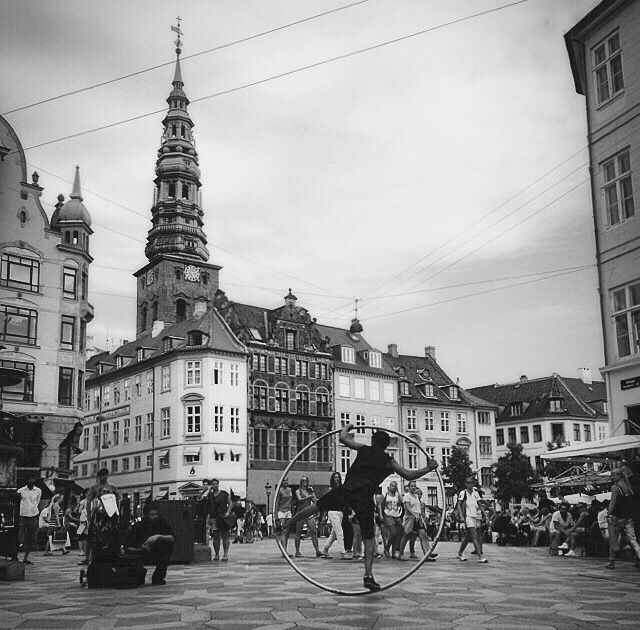 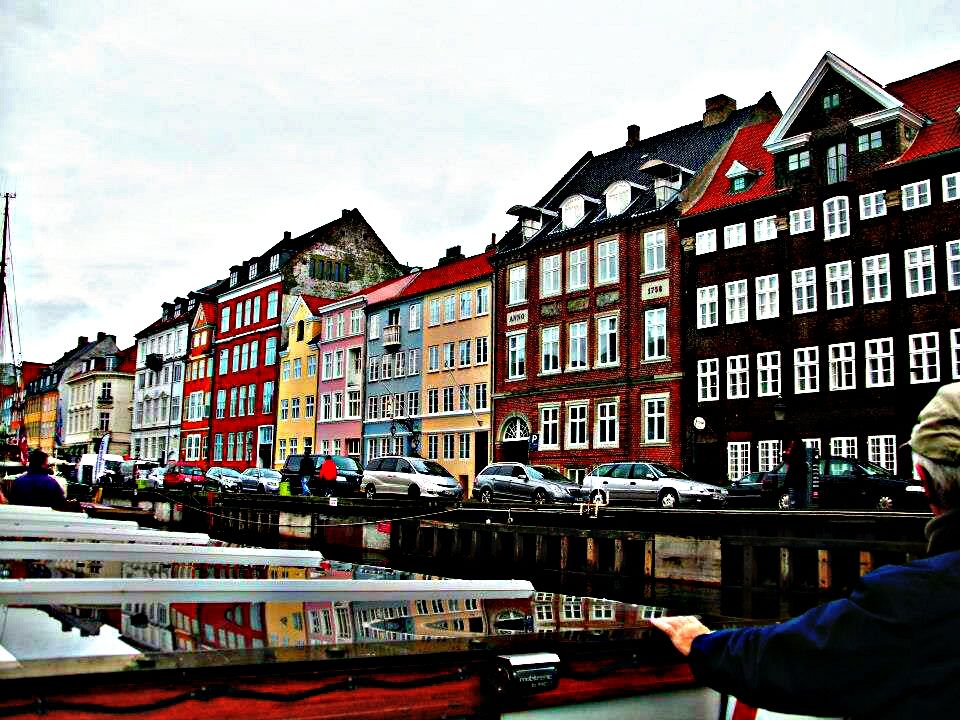 Nyhavn is one of the most famous and beautiful waterfonts in the world, lined with colorful townhouses, dating back to 1681. King Christian V constructed the canal in 1670 with Swedish prisoners from a Scandinavian war. The canal stretches from the public square, Kongens Nytorv, all the way to the harbor, and floating in its waters you’ll find a gorgeous collection of historical wooden viking ships. User Plastilina’s (@plastilina) image on the bottom right gives you a good view of the canal.

If you’re looking for entertainment, the surrounding district is a trove of theaters, pubs, restaurants, and cafes. At over a half a mile in length, the Strøget, located right next to the Nyhavn, is one of Europe’s longest pedestrian shopping streets. It is filled with street performers at night and the shopping is tax-free. 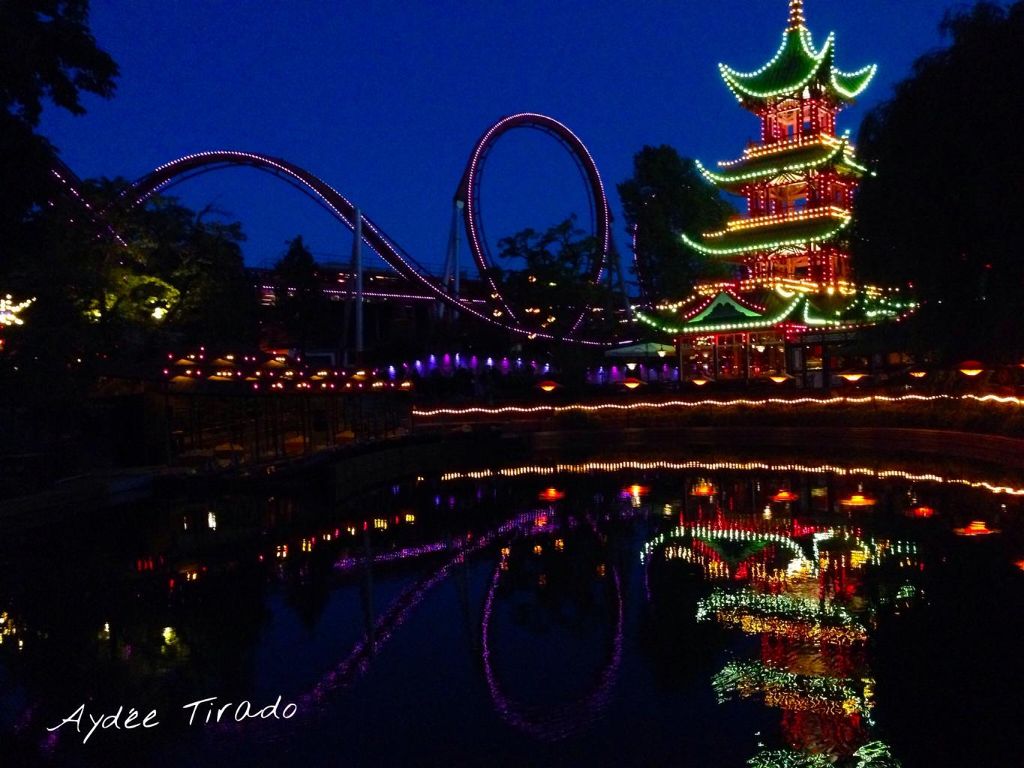 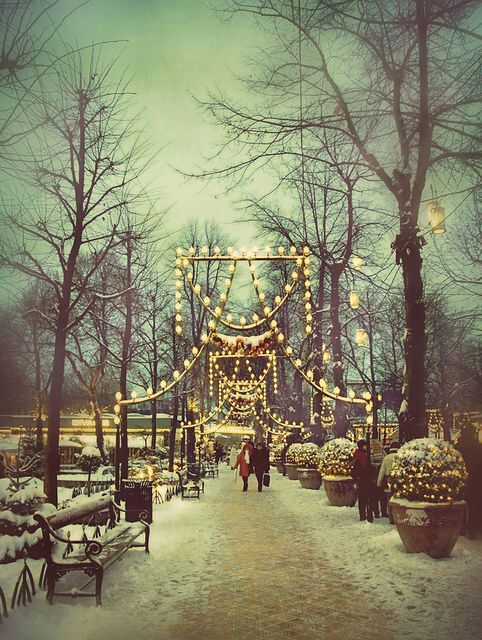 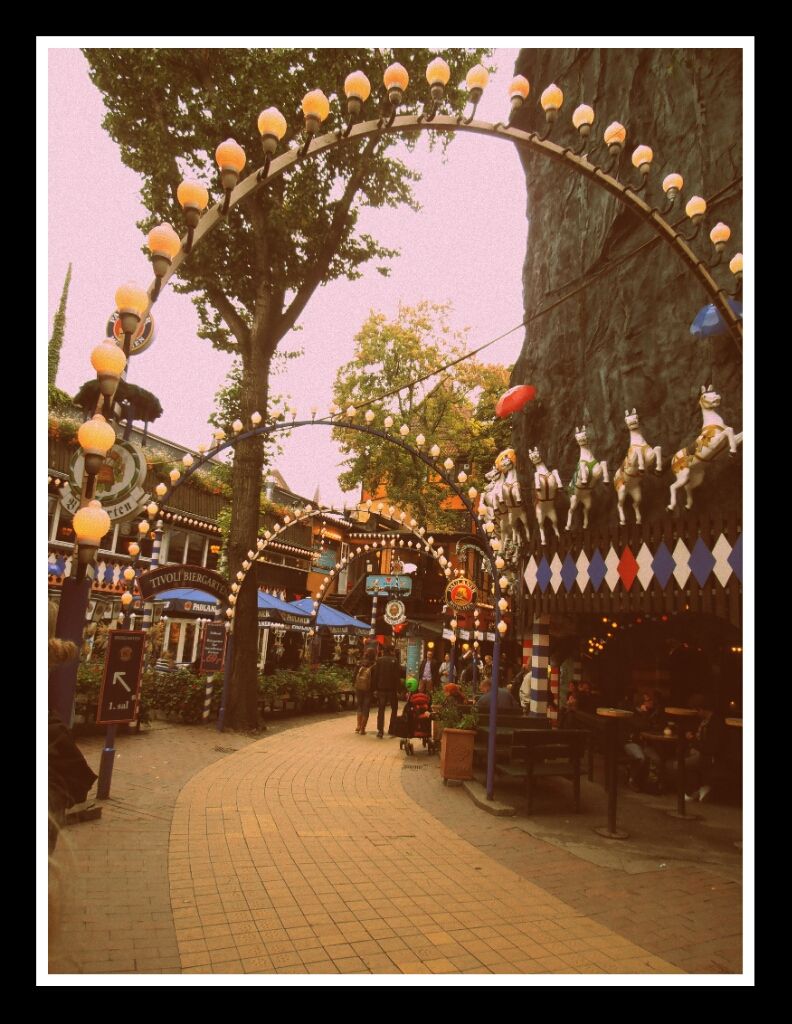 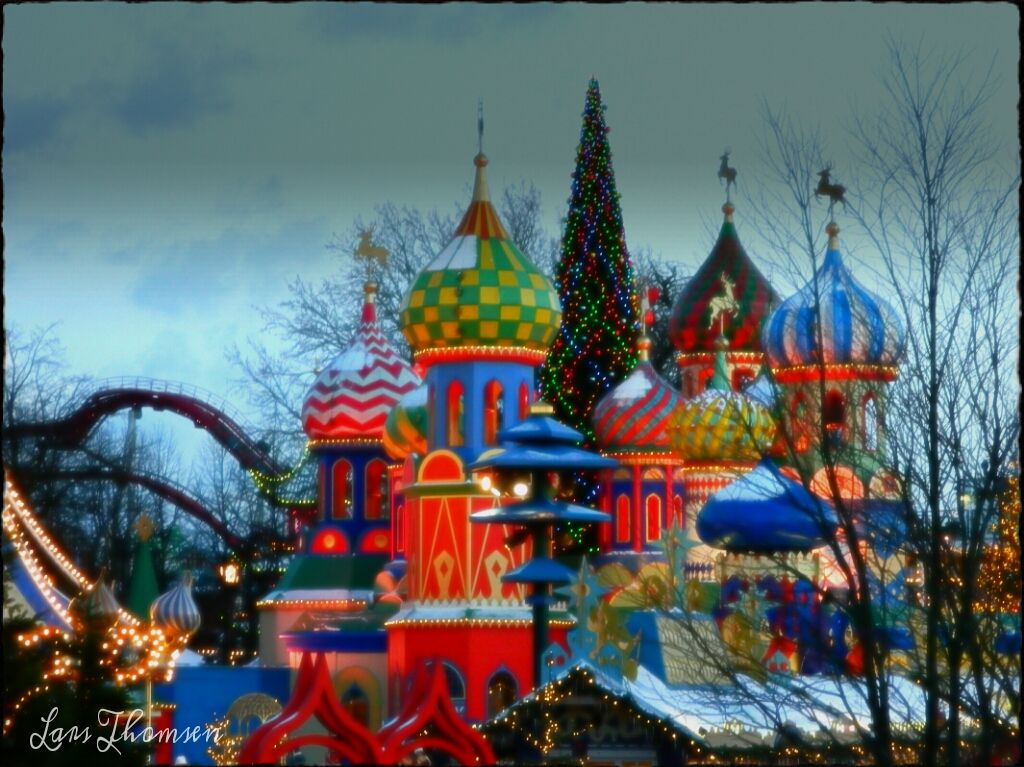 Tivoli gardens is the world’s second oldest amusement park, and it is a delightful mix of winding parks and brightly colored attractions. Built in 1843, its popularity remains, making it the fourth most visited park in Europe. A fairytale park in the heart of a fairytale city like Copenhagen is, afterall, just too good to resist.

Here you’ll find roller coasters, bumper cars, concert halls, pantomime theater performances, restaurants and essentially any kind of entertainment you could dream up. It is one enormous glittering place that has been dropping jaws for over 200 years. For maximum enchantment, go during the winter like Evellyn Dawn Hart (@cadamce), whose shot on the top right gives you good reason to look forward to the winter cold. 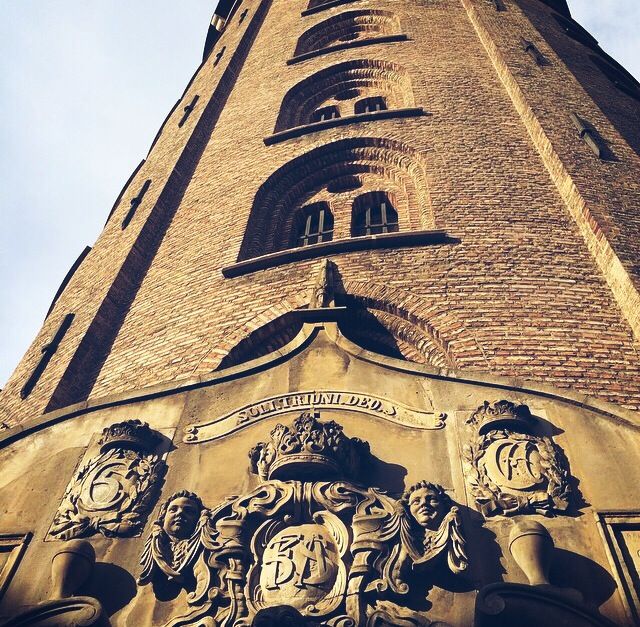 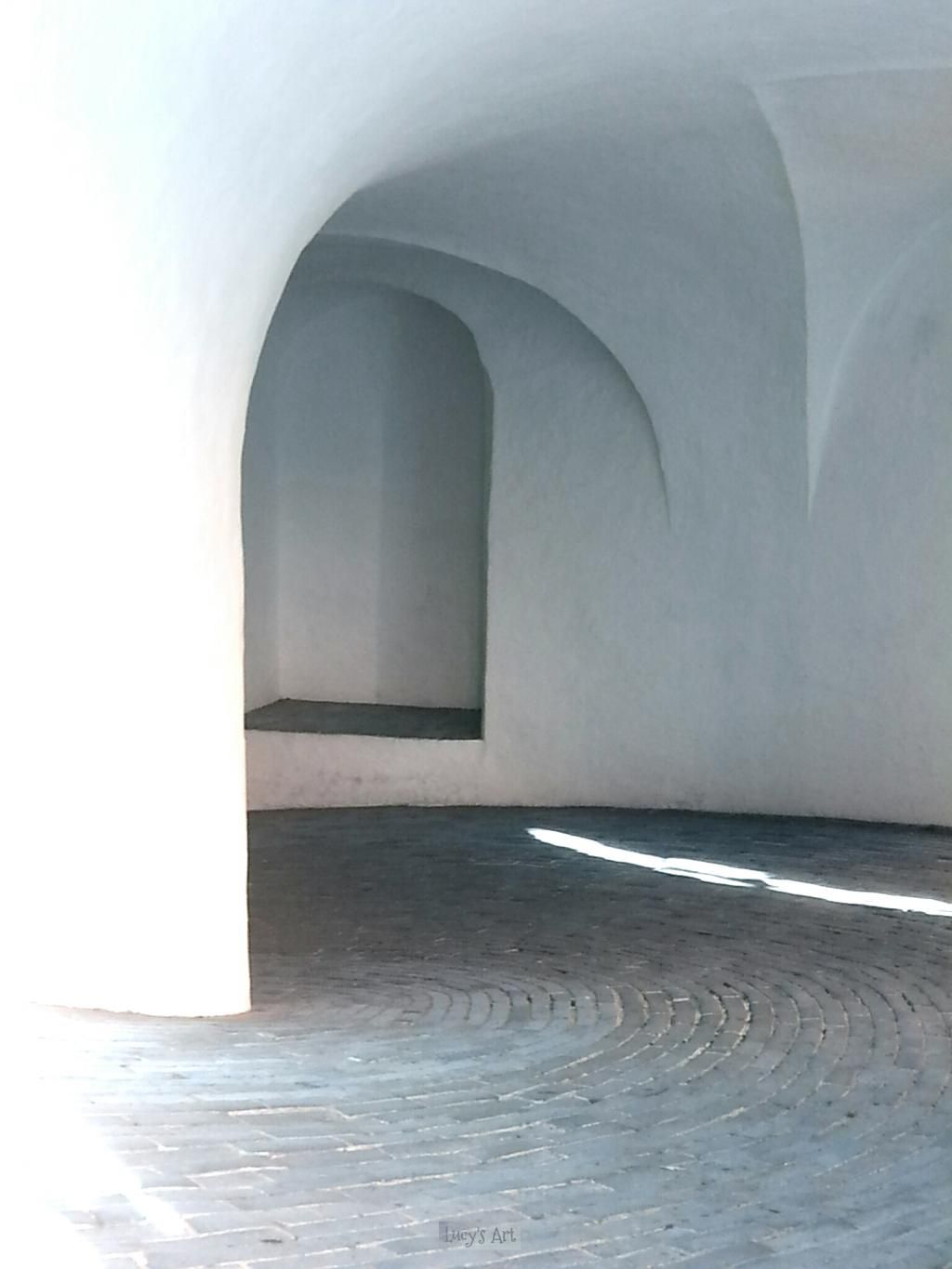 One of Copenhagen’s most unique treasures is Rundetårn (“Round Tower”), a gorgeous (if oddly shaped) observatory built by King Christian V – yes, the very same one who built Nyhavn. It’s best known for its staircase, which is essentially just a corkscrew of slanted wood floor. The shots on the left and right by Lucy O. (@lucyo-) show the famous staircase well. At the top you’ll find an amazing view of Copenhagen’s center. 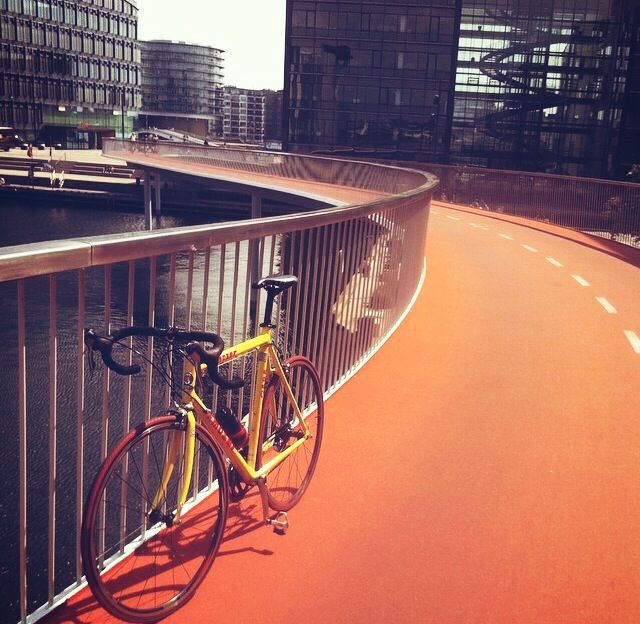 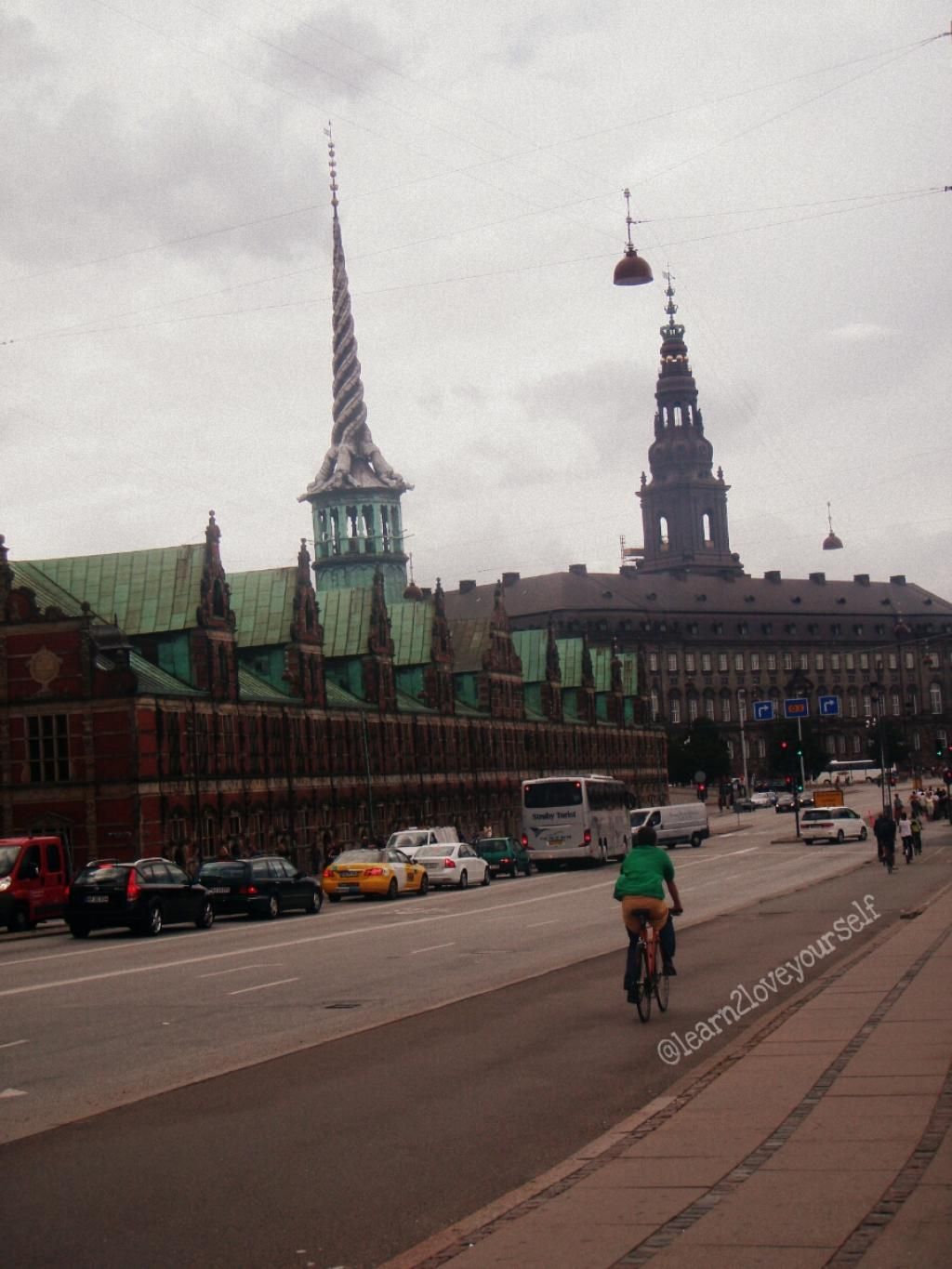 Copenhagen is one of the best cycling cities in the world, if not the best. Nearly 40% of the people here get around primarily by bicycle. In the greater Copenhagen metro area, as many people bike to work as in nearly the entire United States.

If you’re not getting the picture yet, we’re trying to tell you to rent a bicycle, because there is no better way to take in this city. All of Copenhagen is fitted with special bikeways, and with so many wonderful sights packed in so close to one another, you’re way better off on a bike than in a car. A prime example is Jassy’s (@learn2loveyourself) shot on the right, which shows a cyclist in a bike lane that goes directly across the famous Børsen Stock Exchange building. 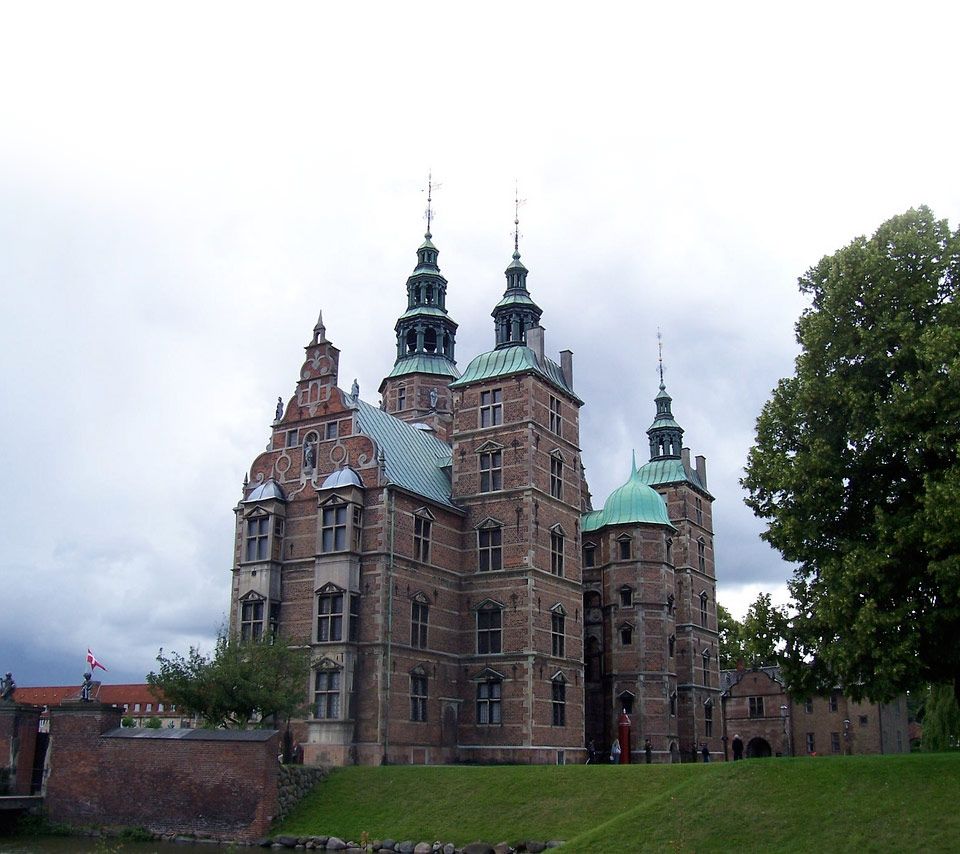 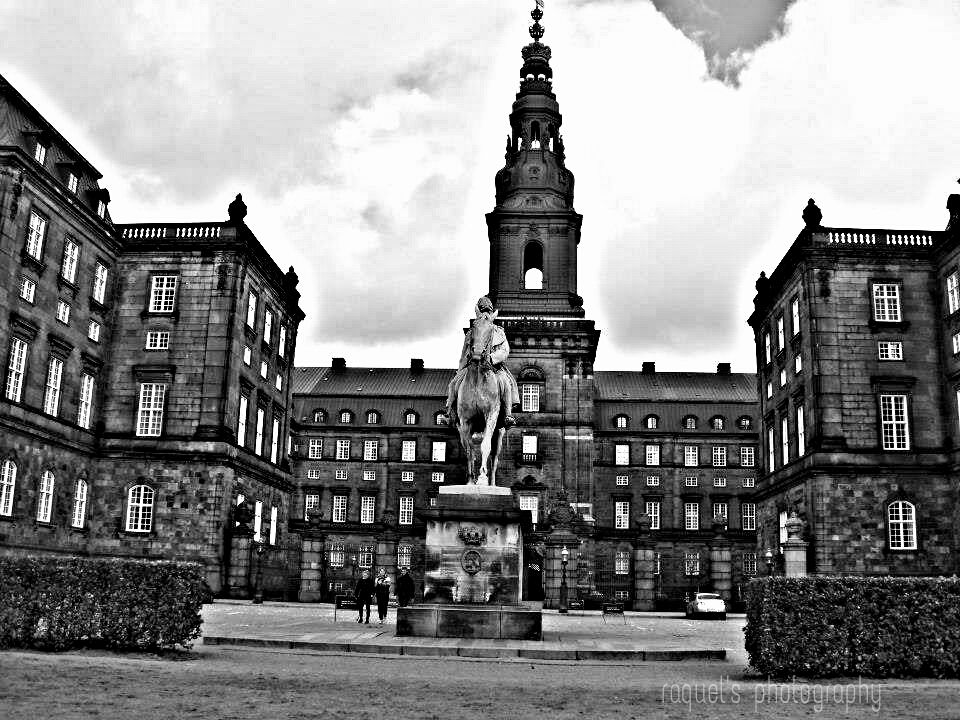 As one of Europe’s great old cities, Copenhagen has its own crop of castles to offer. Pictured above are Rosenborg Castle and Christiansborg Palace, captured by valentina (@valeoneal) and Raquelgr (@raquelgr33) respectively. The two castles are separated by a mere 20-minute walk, and you’ll also find the gorgeous palace of Frederik VIII nearby. If you’re a junkie for kings and queens and the grandeur of old castles, you can zip by three of them by bike in Copenhagen. 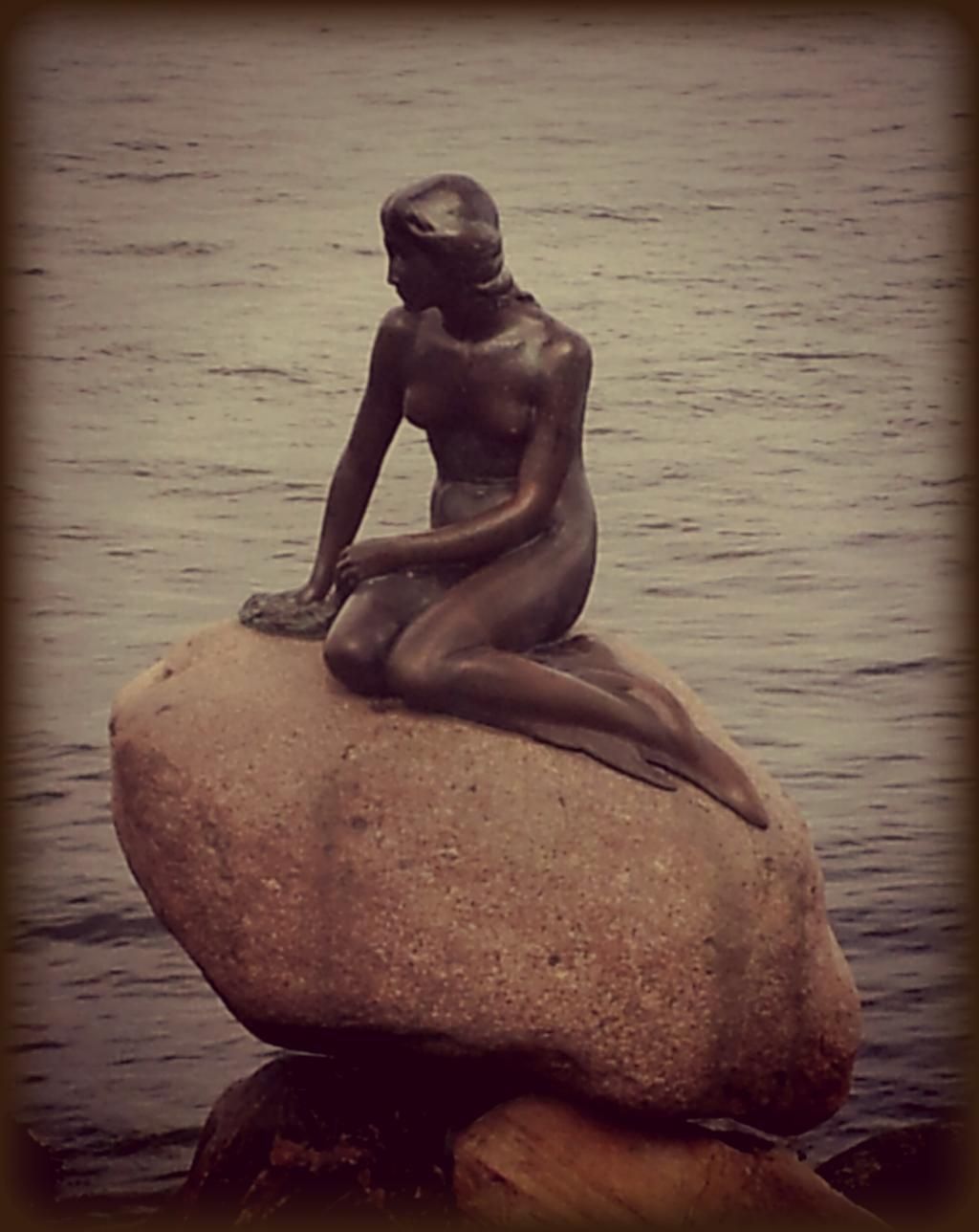 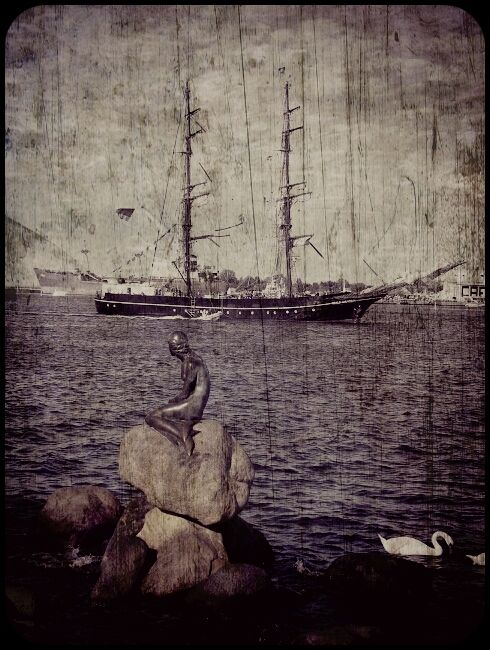 On a rock on the water’s edge of the Langelinie Pier, you’ll find what has become the city’s most popular icon. It is a statue of a bronze mermaid, and is named after the fairytale by local legend Hans Christian Andersen, the Little Mermaid. You can see it up close in Tabitha Burrell’s (@tabburrell) shot above, on the left.

Hans Christian Andersen himself was Danish and spent most of his life in Copenhagen. If his name doesn’t ring a bell, his stories surely will: The Princess and the Pea, The Ugly Duckling, The Emperor’s New Clothes, and Thumbelina. He basically wrote every story you read as a kid from his home in Copenhagen. This statue will provide the perfect fairytale ending to your fairytale visit.

The Top 8 Christmas Destinations Around the World

6 Ways to Discover the Magic of Mexico: Travel the World through PicsArt

From Rome, with Love: 12 Essential Sites

A Photo Gallery of Castles and Fortresses