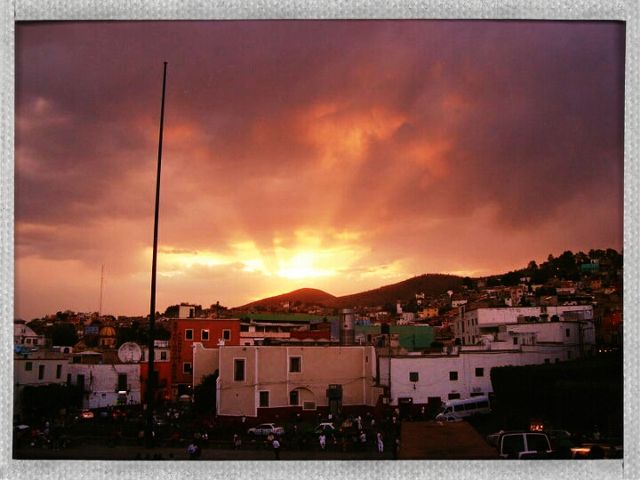 Mexico is unique in that the supernatural has a way of popping up everywhere here. This is a mystical country, with a people that love their legends and myths, and believe magic is more than superstition.

If you’ve ever wondered why, then we have to ask you if you’ve ever walked around the place. Ancient ruins, haunting spiritual festivals, fairytale cities… even the nature here has its own stories and looks like something out of a dream.

Still not getting the picture? Well thanks to the cameras of our users, we can travel to the 6 most magical sights of Mexico. Experience this country’s mystical beauty through the eyes of PicsArtists.

1. The Guelaguetza Festival in Oaxaca City 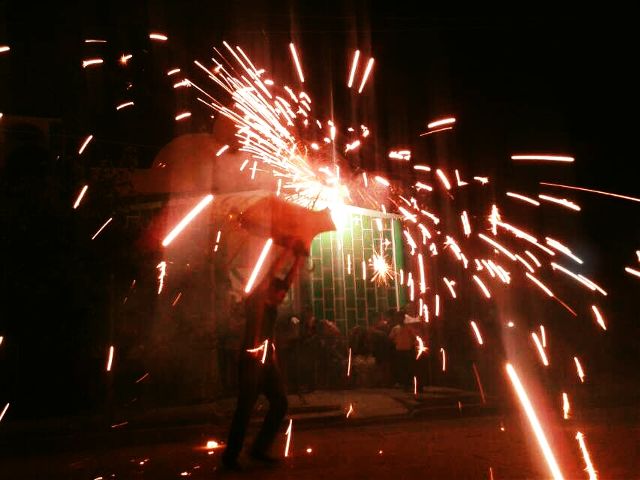 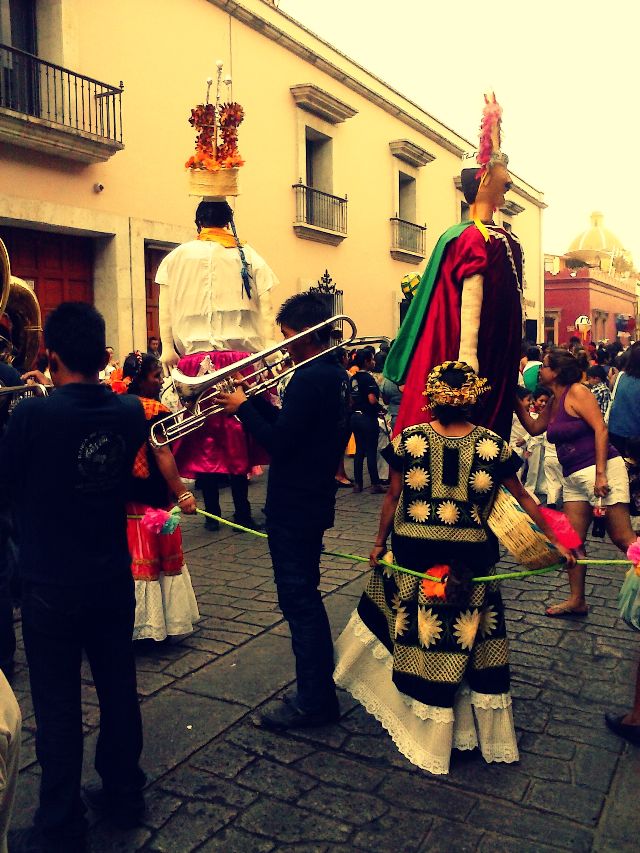 Oaxaca is the capital city of the Southern Mexican region of the same name, famous worldwide for it’s historical streets and endless festivals. By far the most famous of all these festivals, though, is the magical Guelaguetza folkloric dance festival.

Taking place on consecutive Mondays at the end of July, the many tribes and indigenous cultures from the surrounding area unite for this celebration, starting before sunrise and going on all day and into the night. They dress in traditional garb as well as in costumes of characters from folkloric legends, parading, singing and feasting in a tapestry of lights, colors and the intoxicating smells of Oaxacan cuisine. Fanny Mejia’s (@fannymejia) shot on the left captures the haunting Dance of the Devils. 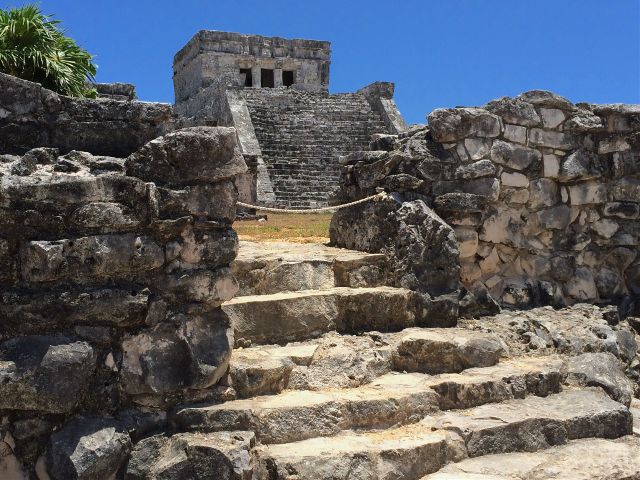 Take a walk through the white sands of one of the world’s most famously beautiful beaches with the ruins of one of the most famous ancient civilizations as your backdrop. At Tulum, you’ll find crystal blue waters, a paradisiac shoreline, and the last city of the ancient Mayan.

Called the City of Dawn (Zama) by the Mayans, because of its position facing the sunrise, this walled city was a center of trade for centuries, and lasted more than 50 years after the Spanish colonizers landed in Mexico. Amy (@macgirlamy69) captured the shots above, having spent the perfect day visiting ancient history and bumming about in the stunning waters of the Yucatan peninsula.

Dia De Muertos (The Day of the Dead) is essentially Mexico’s version of Halloween, but that’s really underselling a spiritual spectacle that draws spectators from around the world. The holiday is about remembering family and friends who have died, but this is no somber affair.

You’ll be floored by the sight of cemeteries lit by thousands of candles and brimming with people eating and drinking the favorite foods and beverages of the deceased. Flowery, colorful alters are raised everywhere for the dead, and the cities are adorned in marigolds, skulls, candies, puppets and people in elaborate costumes, including some traditional favorites. Isma Barrera’s (@ismaelbarrera) image at the center captures the traditional disguise of the festival’s iconic symbol, Catrina, a skeleton woman dressed in an upper class european hat.

The music, energy, and sights of the day combine for an unforgettable experience. 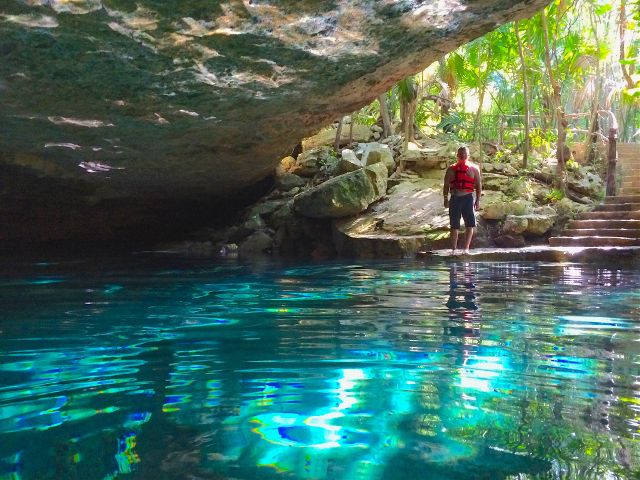 While Mexico has a lot to offer on its surface, what lies underneath may well be the most amazing. The Yucatan peninsula is riddled with underground water that accumulates in Cenotes, deep glimmering blue pools surrounded by high walls of limestone. Some are completely covered caves, while others have natural skylights.

The Mayans believed that the cenotes were entrances to Xibalbá, the Mayan underworld, and that creatures called aluxes lived at the bottom of each basin. They believed that aluxes were the guardians of the jungle, and often prayed to them for protection. 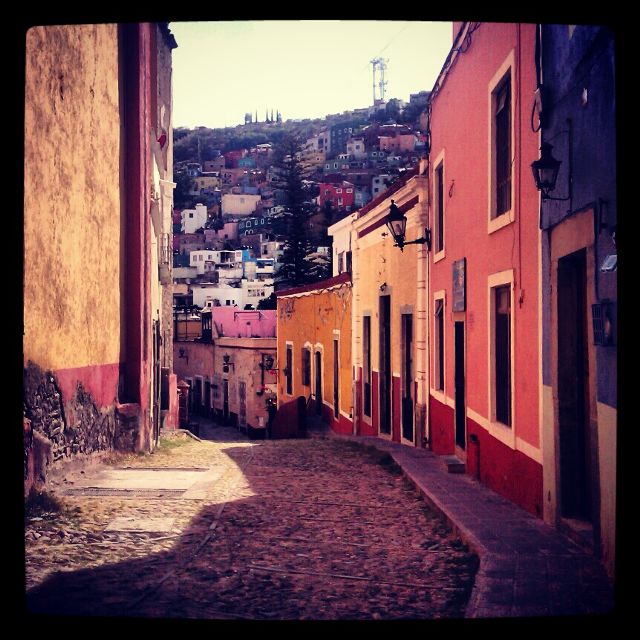 Built by the Spanish with the silver of the surrounding mines, this hillside city is littered with colonial architecture, plazas and alleys so narrow, that one is called the “Alley off Kisses”, because a couple can kiss from opposite balconies. The Jardín de la Unión  center), captured above by user memo hurtado rdgz (@memohurta16), is one of the most famous plazas, surrounded by a garden, cafes, restaurants, and the Juarez Theater.

Guanajuato is not only a colonial jewel, but also Mexico’s cultural center. It is the birthplace of Mexican independence, and on top of its endless museums, schools and artists, it also hosts the international art festival, El Cervantino. One of the best ways to explore Guanajuato is by a walking serenade, where a guide sings you the city’s folkloric legends. The locals have many tales and ghost stories about their city as well, so ask around.

Have a tequila night in the pubs, dine out on enchiladas, visit an abandoned mine, peruse the mummy museum, or dance with a street mariachi band. Guanajuato has a way of putting you under its spell. 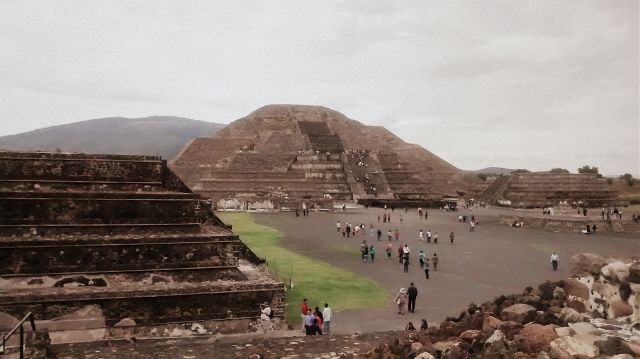 If the mysteries of the ancient world are your sort of thing, Teotihuacan is the world’s most impressive ancient monument this side of Egypt. It was the largest city in all of the Americas during its zenith, and dates back to 100 BC.

What remains are two enormous pyramids, some astonishingly well preserved ancient murals and a line of monuments called the avenue of the dead. The Sun Pyramid is the most impressive of the lot. It is the third largest pyramid on earth, standing at 733 ft, somewhere in between the heights of the Washington Monument and the Eiffel Tower.

So who built this ancient megacity? No one really knows. Some think it was the capital of an ancient multi-ethnic empire, others think it belonged to a people known as the Toltecs. Explore the mystery for yourself and enjoy the spectacular view from the top of the pyramids, as seen in the image of leslie rocio roa dominguez (@prepusirijilla), on the right. 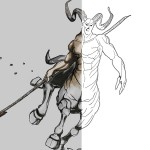 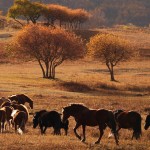