It’s hard to be a creator of worlds if you haven’t seen a few for yourself. Manuel Guzman (@lolosartcom) goes by the name Lolo, and his art spans many universes, taking us from robot piano recitals to glowing mermaids circling underwater beasts.

Lolo’s life spans a different array of worlds, from New York to a rural village in the Dominican countryside, into the nation’s capital of Santo Domingo, and then back again to Gotham. His drawing began in the Dominican Republic, but it was when he was selected to draw the yearbook cover in his Manhattan junior high school that he realize that it was what he wanted to do. And so, he applied for art school.

Today, the seeds he has planted in different soils are blossoming into some jaw-dropping concept art. We wanted to ask him about his work so we reached out, and he was as good a storyteller with his words as he is with his brush.

It’s fitting that an artist between worlds should get his first drawing commission between stops on the New York City subway. Read our full conversation below to find out what we mean.

Where did you get the nickname Lolo?

The nickname Lolo was given to me by my mother and I think it derives from my name Manuel, or another version of my name, Manolo.

It really stuck. Funny thing is my younger sister has a nickname that has also stuck into her adult life; she’s Lulu. So yea… we are Lolo and Lulu.

What kind of images inspired you as a kid?

I watched all sorts of cartoons, but early on Bugs Bunny and Looney Tunes were a big deal for me, and my inspiration began. At 11, I discovered comic books and I became obsessed with Spider-Man and the format. At around 15, I started to be exposed to Japanese anime, which caught my attention because it felt so fresh and new. Something about the simple, clean style of these animated movies made them so irresistible.

What was your first illustration job?

My first illustration job came shortly after I decided to get very serious about my work and I was sketching all the time everywhere. While riding the subway train home from school, I was drawing my heart out when a young woman approached me and told me about a novel she had just finished writing. She was looking for an artist to design a cover, and she found me. I was ripe and ready to take my work to that level, so I conducted myself as professionally and confidently as I could and got the job.

Are there eras of history or genres of art that especially interest you?

Any pre-industrial era type settings occupies a very romantic space for me. The time before the modern era, when people wore all sorts of fanciful garbs, or sometimes just a few feathers and other animal parts, and the backdrops were closer to nature. Times before electricity was harnessed and man lived simply, and maybe more dignified. I take that and I really enjoy adding some fantasy or magical element.

What is important to making a drawing feel like a piece of a greater story?

I try to create intimate scenes by focusing on capturing an instance of expressive gesture. While I do enjoy art that displays vast and expansive spaces, my obsession with protagonists usually brings me to focus on smaller spaces, oftentimes counting on lighting to help me tell that greater story.

I like to imagine wild fantasy elements as symbolic representations of things we live with and deal with. Besides my small-scale gardening, I’m not much of a nature man… While I do like to get away from the city every now and then, my respect for nature is something internal. I like to think all sorts of jungles and wild beasts live within me.

What kind of projects do you enjoy working on the most, and do any recent projects stand out?

I most enjoy working on personal projects, especially when the story I’m trying to tell is clear to me. Sometimes the story isn’t mine, but I’ve been inspired enough to make a personal piece from it.

A recent piece that comes to mind is based off a fantasy novel a dear cousin of mine authored. His career is in the army, which I never imagined for him when we were children, but this book he wrote in his spare time proves to me that I was right about him all along. The painting is Edai & Erok: Dragon Brothers, and it depicts the villains of his fantasy novel.

How has your art evolved over the past few years?

I think my art has changed in that I try to be more conscious now of directing the viewer. Technically I have been spending more time rendering these days, but I think lighting is where I am growing or trying to grow more. Light is everything. 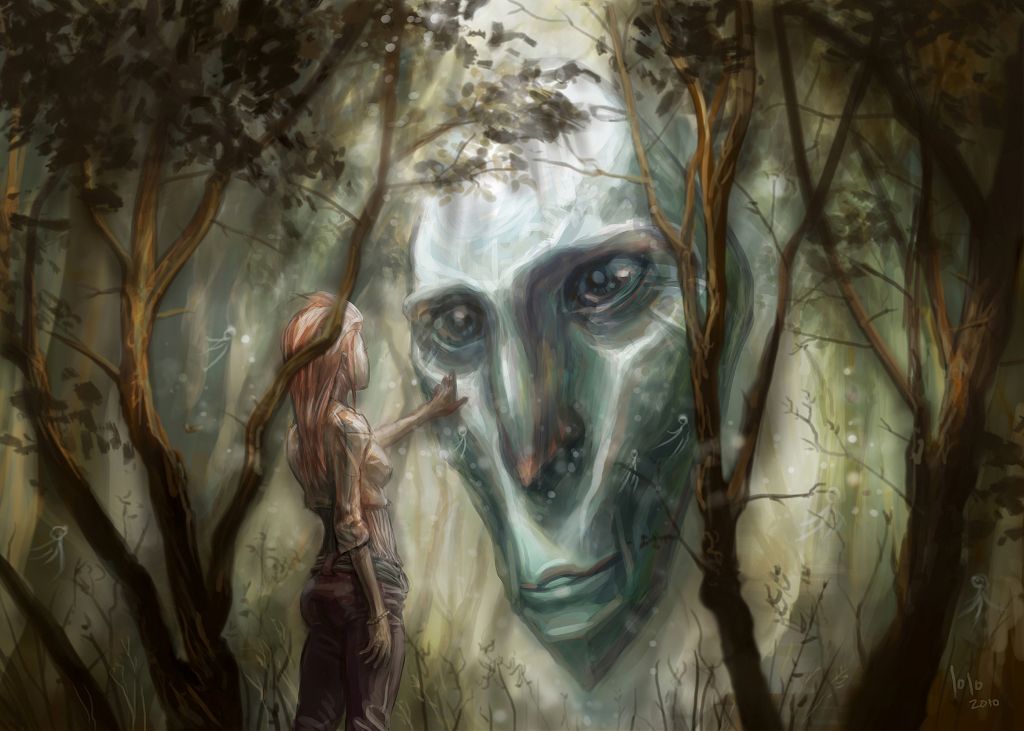 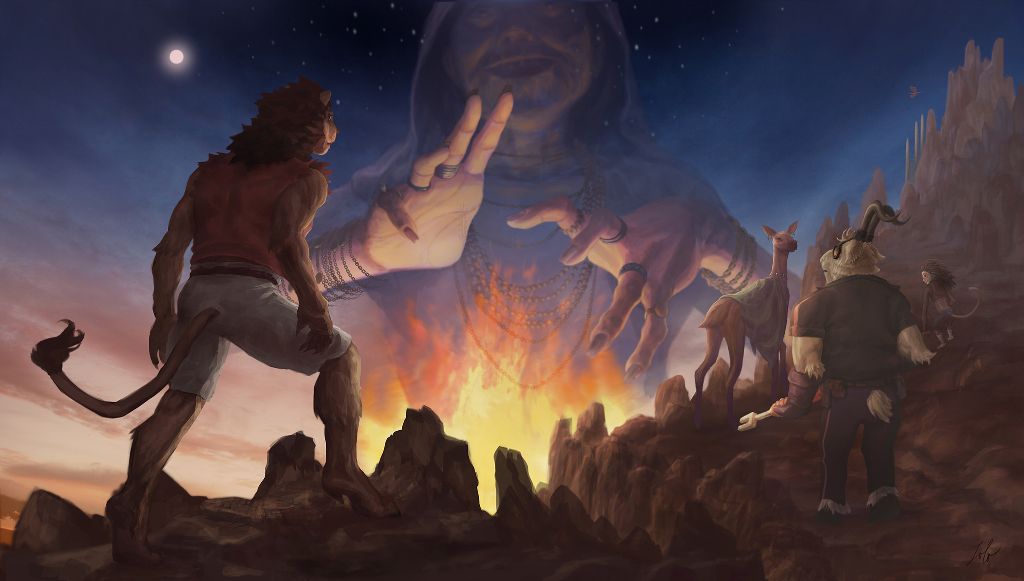 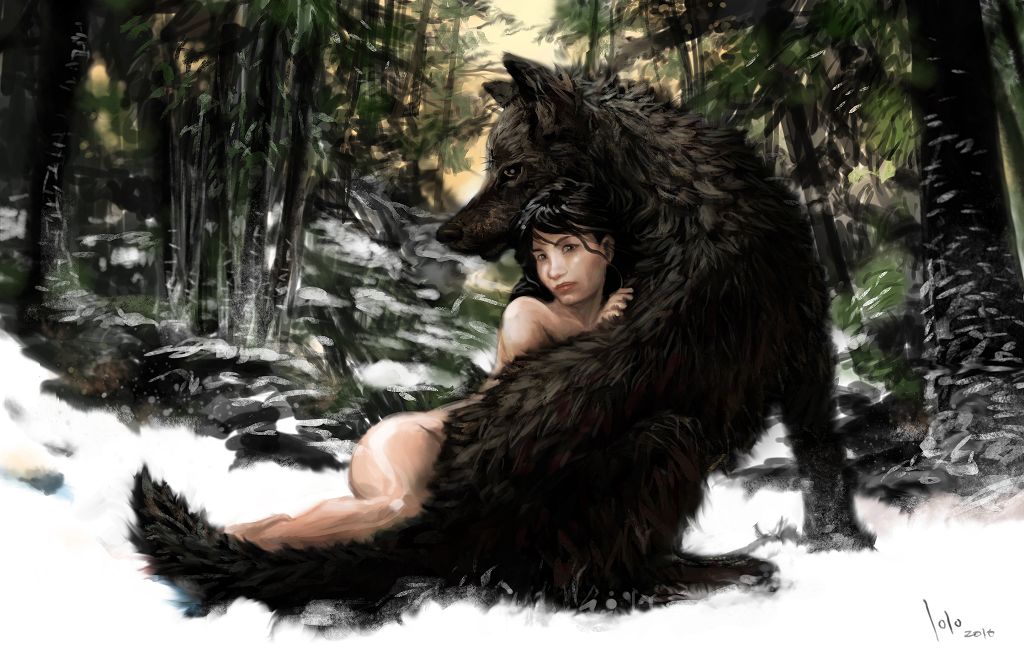 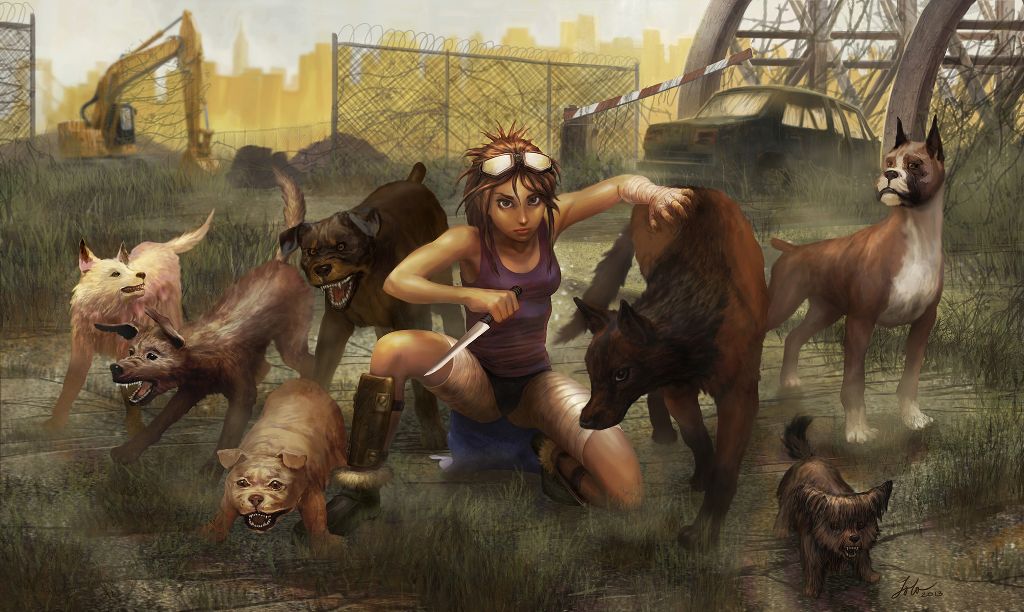 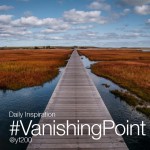 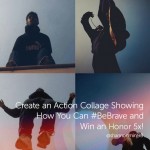 Create an Action Collage Showing How You Can #BeBrave + Win an Honor 5X Phone!