Bharat Choudhary is an up and coming photojournalist who has examined religion and India through his all-seeing camera lens. His projects create complex and beautiful portraits of modern and ancient social issues, and this one was no exception. We contacted Bharat to ask him about his project, aptly titled Religion and India, and the marvelous photos he captured.

Bharat’s photography has been increasingly attracting attention, and just last year he was a Jury Member for the 9th China International Press Photo Competition, in addition to being selected as one of PDN’s 30 New and Emerging Photographers to Watch.

Here is our fascinating interview with Bharat, along with photos from his Religion and India Project.

How did Religion and India come about?

These images were made while I was studying photography in India. It did not begin as a project or with a specific narrative in mind. As an individual, and as a social researcher, I have always been fascinated with the subject of religion. So when I began to photograph, I was attracted to India’s religious pluralism and syncretism. But simultaneously, I was also disturbed by conflicts that often erupt between India’s many religious communities. After a few months of photography, I observed that my work was beginning to develop as a comment on the spiritual, social and political influence of religion on India and its citizens. It wasn’t a strategic decision; I think it was more of an organic evolution of my own emotions, understanding and perspective. I really enjoyed the process and that is why I have started to photograph for this project again.

Was there a message you were trying to convey through these photos?

No, not at the time of taking those photographs. At that time, it was all about personal, visual and intellectual explorations. I was trying to know and understand more through the process of photography. But later, when I went through my work as a student, I realized that there was a clear dominant idea that was being resonated in most of my photographs: the idea of how religion is so intricately woven in the lives of us Indians. I think that is, more or less, the message that I get today when I look at the work as a whole.

Where in India did you capture these photos, and which place affected you the most?

Since I was studying in Delhi at that time, most of the work is from Northern India. A lot of places affected me and shaped my views about life and living. But I don’t know why the mausoleum of Hazrat Nizamuddin in Delhi became a very special place for me. It is a place where I feel a very strong connect with some absolute Supreme energy. It is one of those places where instead of seeing and photographing, one feels compelled to close his eyes and savour being drifted away. 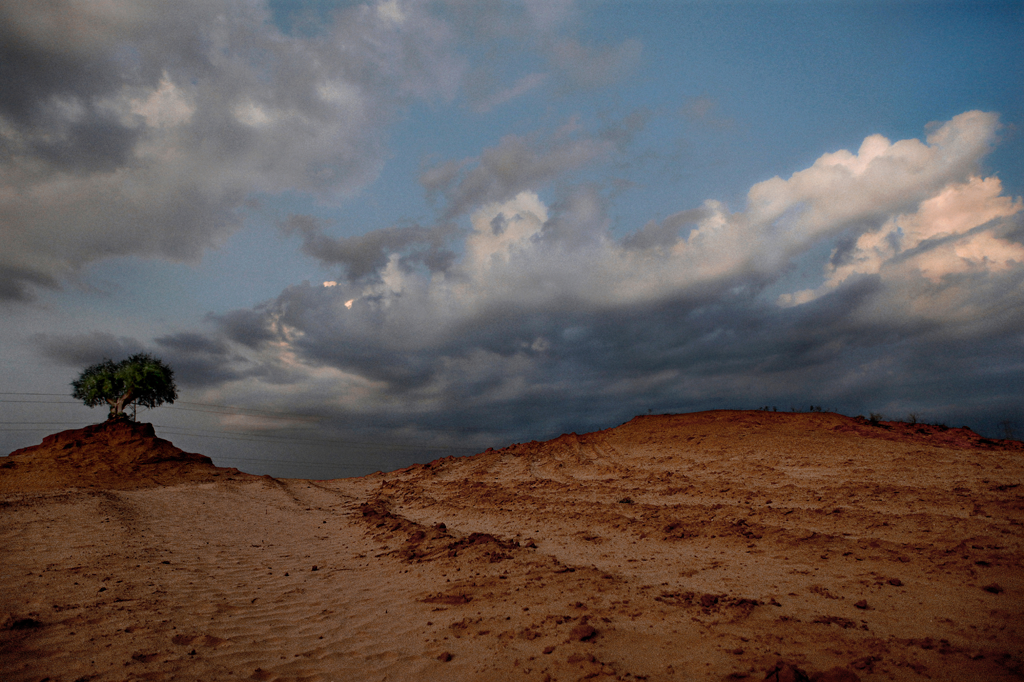 There are a lot of photos of nature in this gallery, are these also related to the religious aspects for you?

Yes, very much. Whenever we try to unravel the mysteries of life, there are always two interconnected questions with which we begin. The first is ‘Who am I?’ and the second is ‘What is this world about?’ The first question prods us to explore faith, religion and spirituality, and encourages us to connect with ourselves. The second question leads us to the outside world, our environment and nature. With this work, I realized that no matter where you begin from; if you wish to seek the answer of one of these questions, you are bound to discover the answer of the other one as well.

Which photo in this collection for you says the most about Religion and India and why? Do you have a favorite? 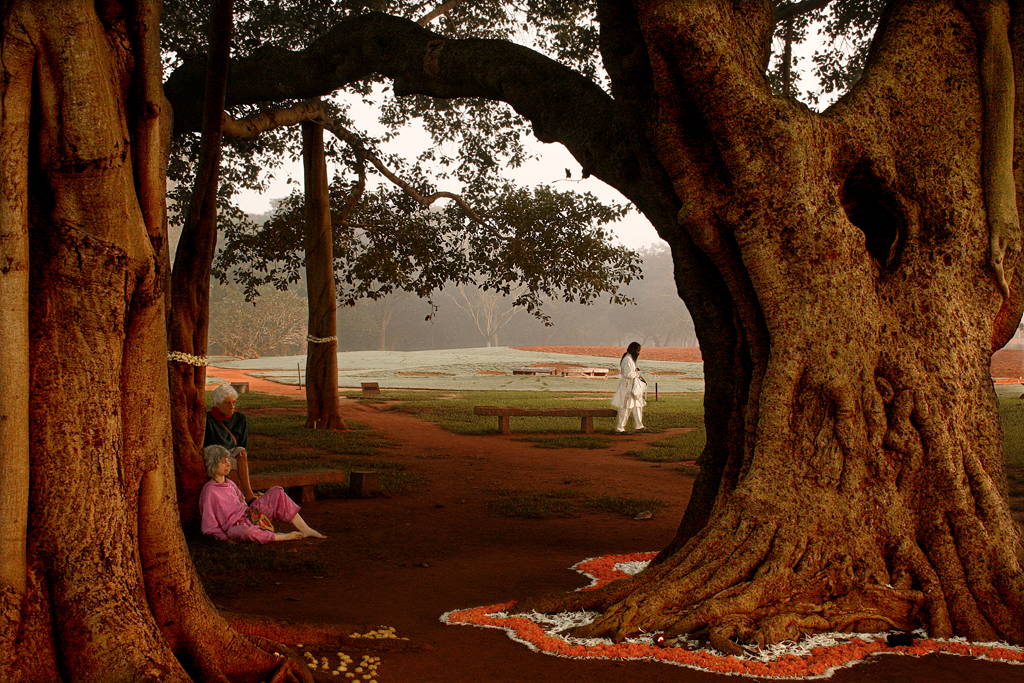 What did you learn from this project as a photographer and as person?

Professionally and personally, it was a process of exploration and realization. As a photographer, I learnt how important it is to set aside your own stereotypes and preconceived notions, and to create honest truthful documents. I learnt how the primary objective of a photograph should be to record and radiate the feel and energy of a moment; the aesthetics or accompanying information is always secondary. As a person, I understood how crucial it is to realize where your heart lies and what values or dreams you wish to pursue. Out of this project grew my current interest in issues of religion and socio-political conflicts. And my present work, quite frequently, draws a lot of strength from what all I learnt while creating these photographs.

What advice do you have for photographers going to India?

India is a world in itself. It is a land full of cultural, religious and social plurality; a place where you can spend an entire lifetime and yet barely manage to scratch the surface of its diversity. It takes a long time to understand a country like India and requires a lot more than just a few trips if one wants to photographically create something great. An impatient photographer would be just another tourist scanning stale subjects and imitating works of Masters. And this is true for both Western as well as Indian photographers. So instead of going all the way to take some predefined shots, or to cover some done-to-death subjects like Pushkar fair, Kumbh mela, ghats in Benaras, Holi in Vrindavan, prostitutes in Kolkata, monks in Dharamshala, cows on streets, etc, one has to be open enough to embrace what new the country has to offer. And if one still desires to photograph the same old subjects, then do it with a fresh aesthetic and intellectual sensibility. 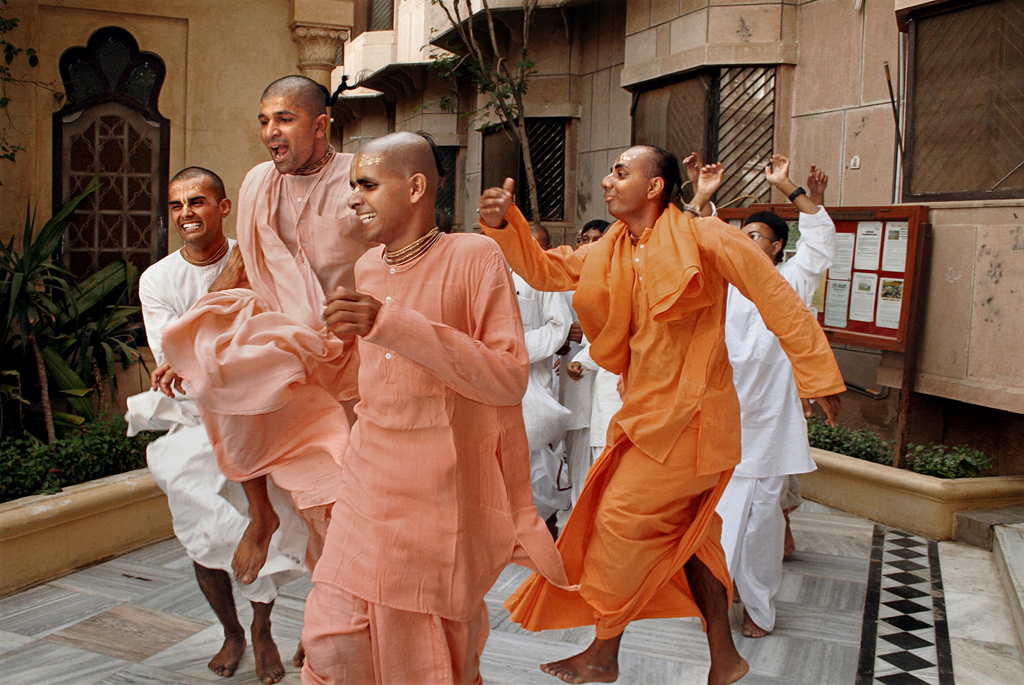 What kind of equipment did you use to shoot these photos?

India. Barsana. 2009. A single tree stands on the hills of Barsana. Barsana is a holy town for Hindus and a local temple was protecting this tree from being felled. Once covered with a dense forest, illegal land mining and tree felling have left the hills barren and susceptible to erosion.

India. New Delhi. 2008. Vishal Anand [left] looks on while his newly wed elder brother shares a private moment with his wife. Vishal’s girlfriend was forcibly married to someone else, as their parents did not approve their 5-year long inter-religious relationship. Vishal is a Hindu and she is a Christian.

India. Vrindavan. 2008. Devotees line up to offer their prayers at the Krisna Balaram temple in Vrindavan. The temple was established in 1975 and offers spiritual services to residents and visitors.

India. Vrindavan. 2008. Students of ISKCON during a dancing ritual after their daily morning prayers. ISKCON [International Society for Krishna Consciousness], established in 1966, is a confederation of 10,000 temples worldwide with over 250,000 followers.

India. New Delhi. 2007. A Sikh leader addresses a group of farmers who had gathered outside the Indian parliament to protest against increased rates of electricity and water supplies.

India. New Delhi. 2008. An evening at Hazrat Nizammuddin’s mausoleum. Hazrat Nizamuddin was a famous Sufi saint and his mausoleum is visited everyday by hundreds of Muslims, Hindus, and people from other religions. 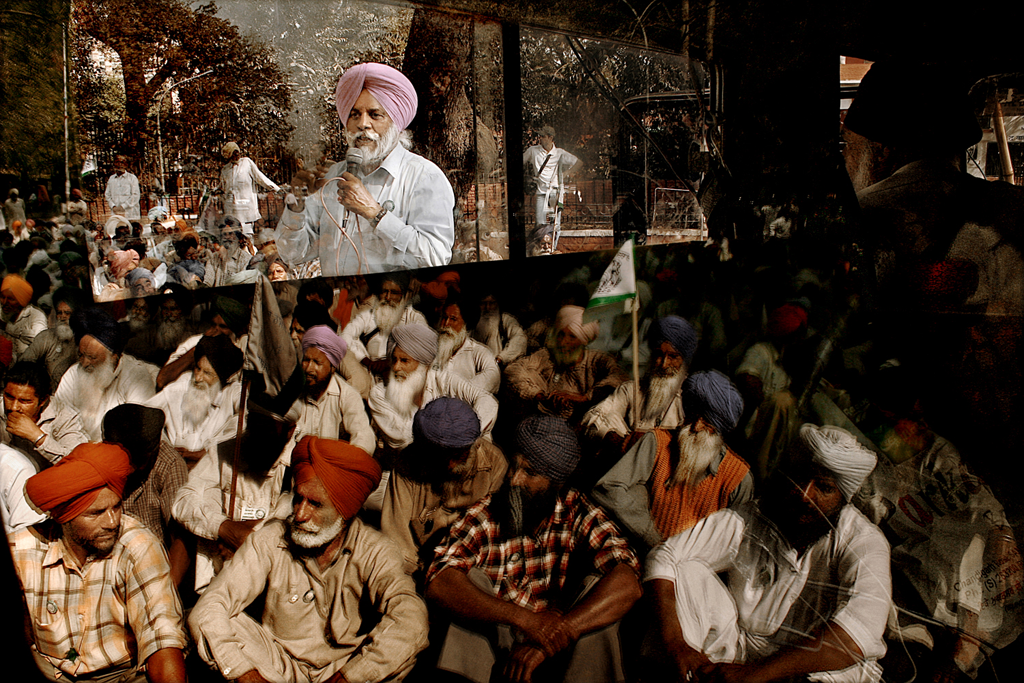 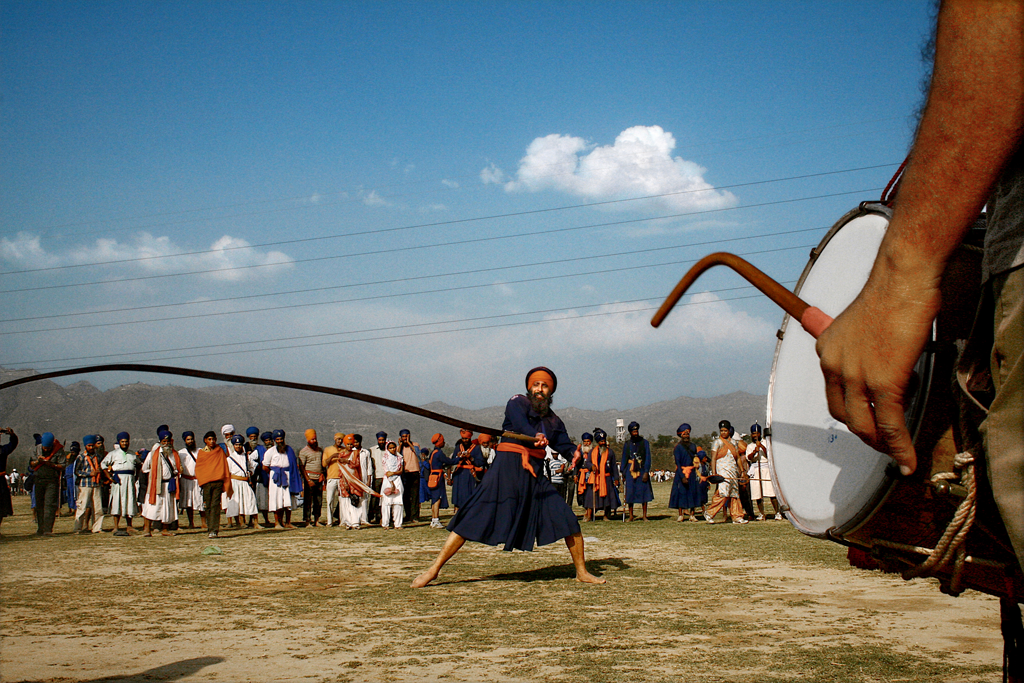 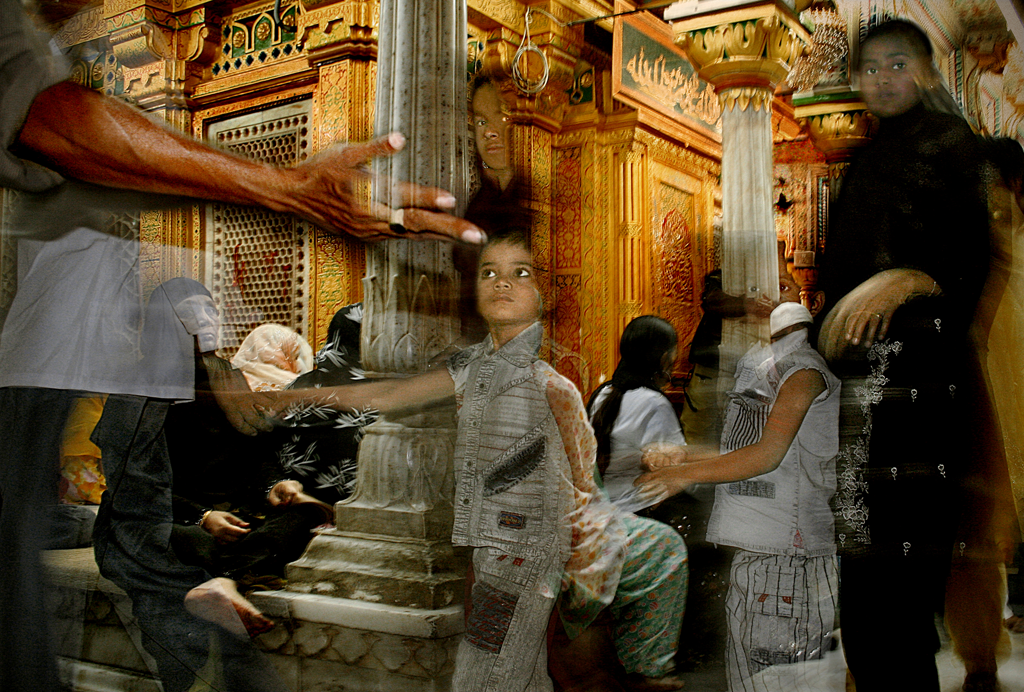 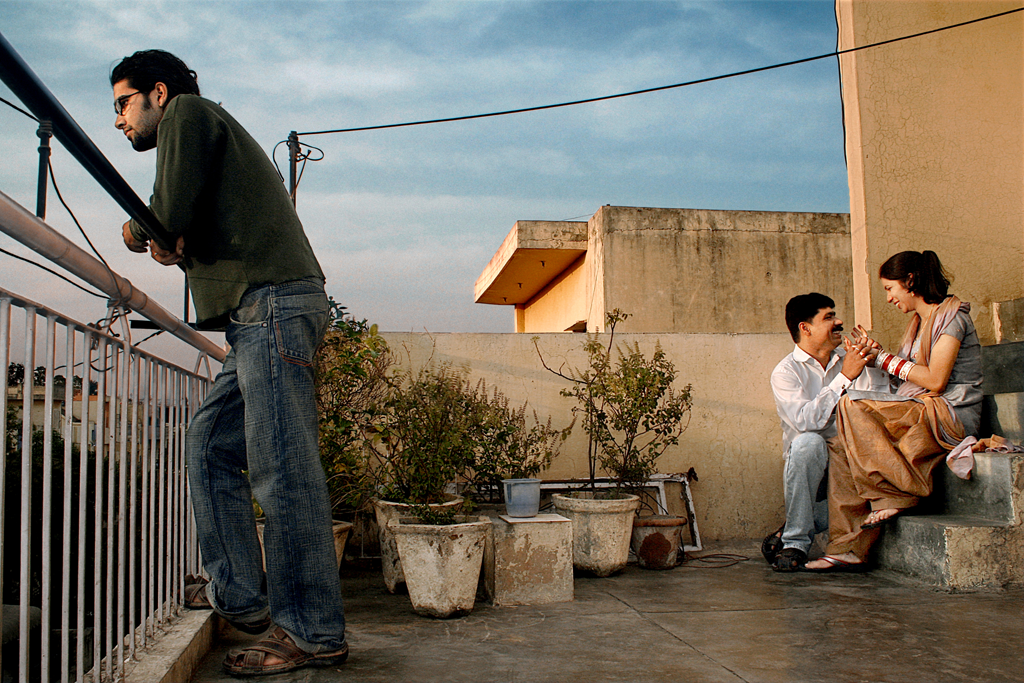 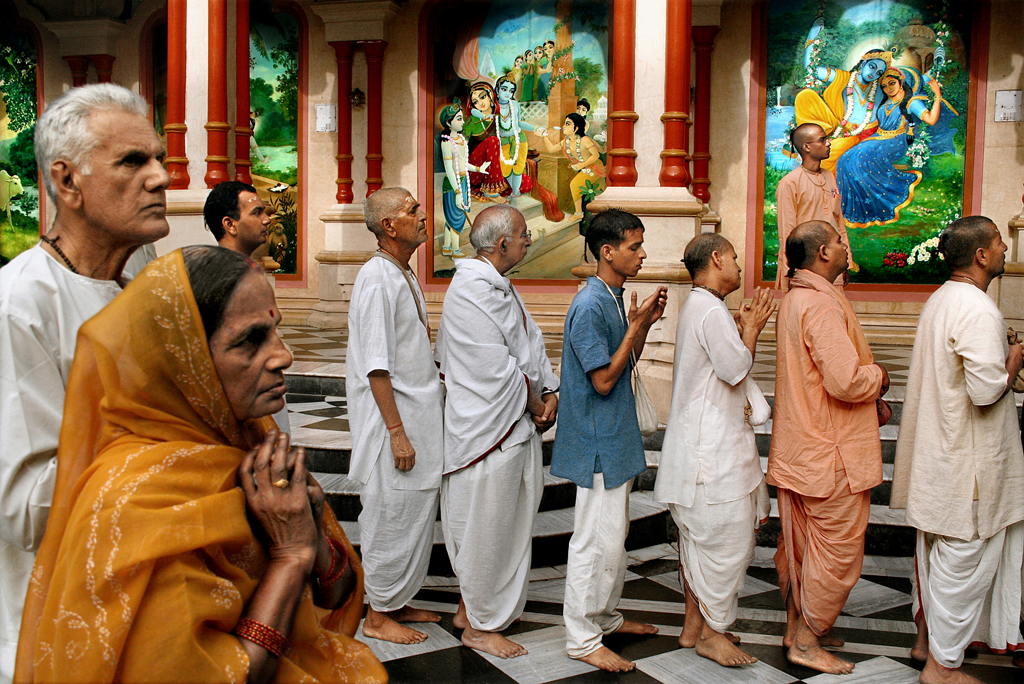 Back to Basics: The Many Benefits of Shooting with a Prime Lens