Bill Cramer, Shooting Everyone from Carmelo Anthony to Barack Obama

Bill Cramer has been at it with portrait photography for quite a while, and along the way, he has done shoots for some of the world’s most famous celebrities, politicians, activists, and athletes. He’s picked up more than his fair share of crazy stories along the way, and stockpiled some pretty priceless wisdom to boot.

Today, he doesn’t shoot as often as he used to as an entrepreneur behind Wonderful Machine, a company that helps photographers to succeed by marketing, producing, and linking them to jobs. All of these experiences combined with his passion and knack for story-telling made him a pleasure to interview.

Whether it’s getting lunch with Claudia Schiffer, smoking cigars with Carmelo Anthony, or squeezing in a 90 second shoot with a young presidential hopeful named Barack Obama, Bill had a lot to tell us about. Catch the whole conversation below! 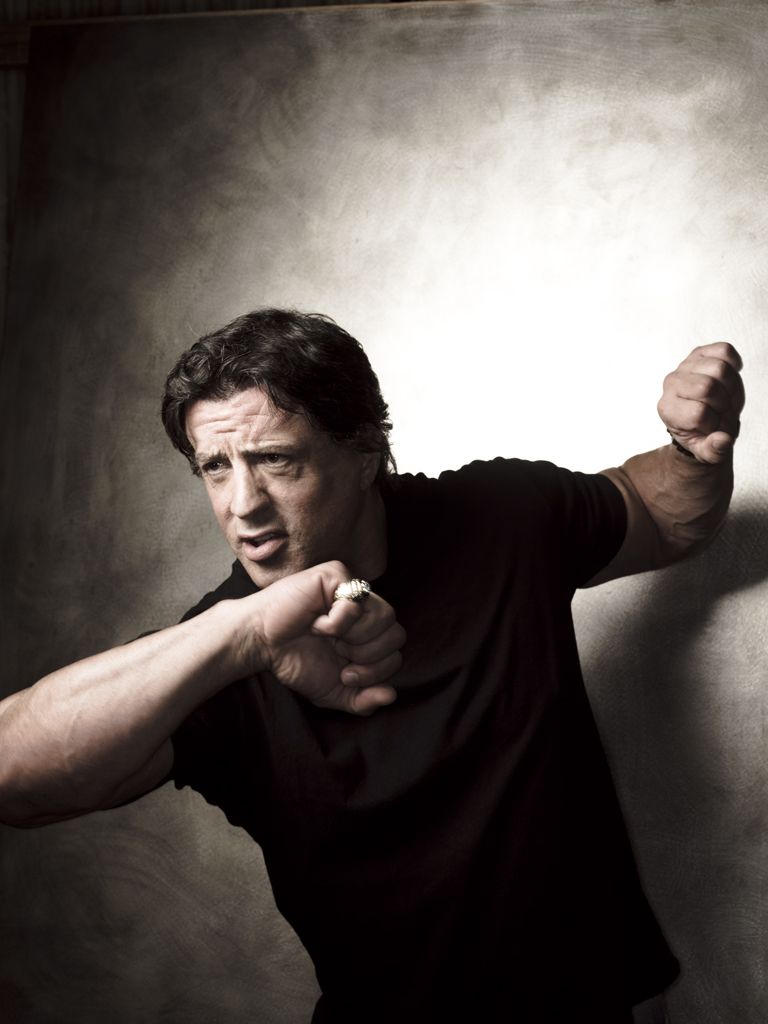 You’ve been at it with photography for a while, but how did you first get started?

I was introduced to photography by my fifth grade science teacher Mrs. Olexo, when I was living in Palo Alto… I loved everything about the process of making pictures – the cameras, the chemicals, but especially the images themselves.

When I was at Penn State, I took all of the photography classes I could and I also had a great experience with the student newspaper. Most people did one or the other. I think I was the only one doing both and I thought those experiences complemented each other really well.

From one of my college photo projects on water babies, I got my professional start as a photojournalist in Philadelphia, first stringing for the Associated Press and then for The New York Times. Those early experiences were like a crash course in photography, where I got to meet all kinds of amazing people… it was a little surreal finding myself eating lunch with Claudia Schiffer or playing ping pong with Elle Macpherson.

Of all the things I could photograph, the most interesting subject matter for me has always been humans, especially faces. As a photojournalist, I was limited to documenting what was already happening. But later, I became interested in interacting with my subjects in order to coax out an interesting picture. Then, learning about how I could control the location, props, wardrobe, and lighting to tell more of a story and even comment on my subject instead of simply recording their likeness. I was really inspired by people like Richard Avedon, Diane Arbus, Annie Liebovitz, Greg Heisler. 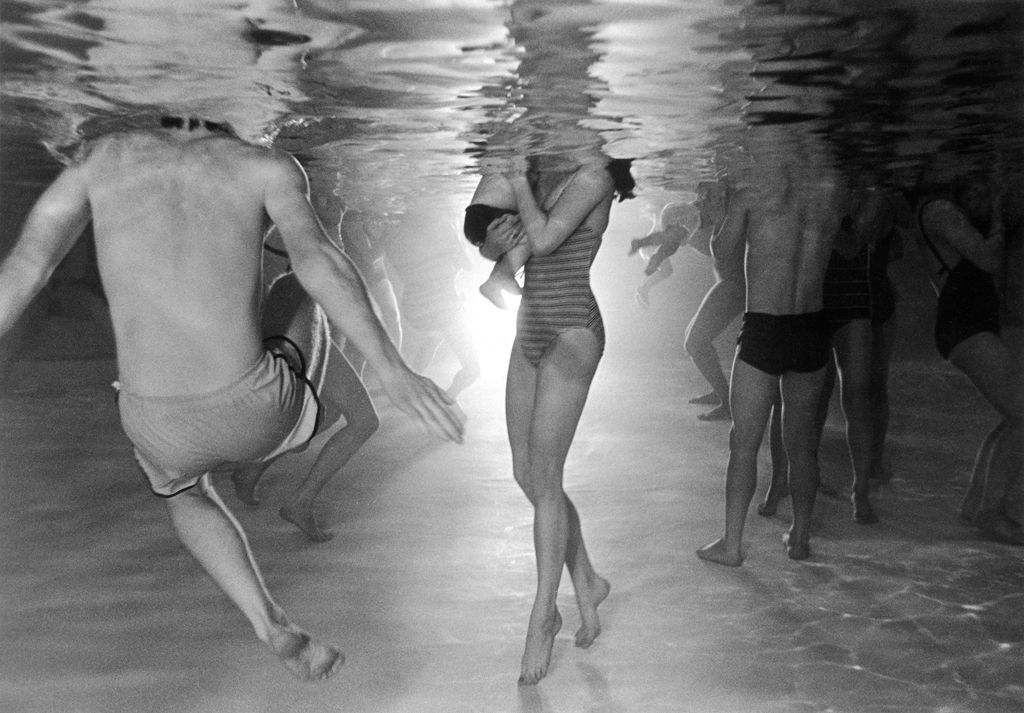 (Underwater babies, the project that landed Bill his first job.)

What was the first time you captured the portrait of someone you had already been aware of as a celebrity, and how did that mark you?

The first celebrity I can remember photographing was when I was in college. I was assigned to photograph the actress Nancy Kulp who had played Miss Jane Hathaway on The Beverly Hillbillies. Nancy was running for U.S. Congress and my school newspaper was doing a story about her campaign. I remember thinking that it was interesting that I had watched this person for hours and hours on TV and now she was sitting right there talking to me and a student reporter.

Growing up, there were so many iconic images of events and people that were burned into my consciousness (especially in the wake of the Viet Nam war and the civil rights movement). Photography provided a way for me to get closer to those people and events.

You captured president Obama, what was that shoot like?

That shoot happened when Obama was in Pennsylvania during his first presidential campaign. He was visiting a factory near Allentown and after he gave a speech to the workers there, he met with an AARP reporter and me. I photographed him as he answered questions, for about 10 minutes, then I had about 90 seconds to make a portrait. The room we were in offered no visual interest, so I decided to concentrate mostly on close-up portraits of his face. I asked him why he wanted to be president and just shot as he answered. When my 90 seconds were up, he got up, shook our hands, and left.

Sometimes your portraits happen in interesting with crazy outfits and staged scenes. How often do you shoot in that way, and how do you go about making those concepts realities?

In an ideal world, I’ll get to read a draft of the story in advance, and I’ll get to talk to the subject as well…. a good example of this is when I photographed [famous magician] Teller for Philadelphia Magazine. He was a great collaborator. Together, we brain-stormed a bunch of picture ideas and he was game for executing them. One of the pictures required him to put his head in a jar and the other to hang from a rope. He even got his 90-year-old dad to pretend to be a tourist taking a snapshot of Teller with a noose around his neck. I spent nearly a week scouting locations, buying, borrowing, building props, and testing pictures. Then Teller was able to give me several hours on the shoot day to make all the pictures.

Most times though, I have much more limited access to my subjects, limited access to the story, and limited budget… I don’t mind though. It just becomes a different sort of challenge. It’s like Iron Chef but with photography.

I photographed Carmelo Anthony at a restaurant for Cigar Aficionado Magazine (in this case improvising by using a rug as a background). 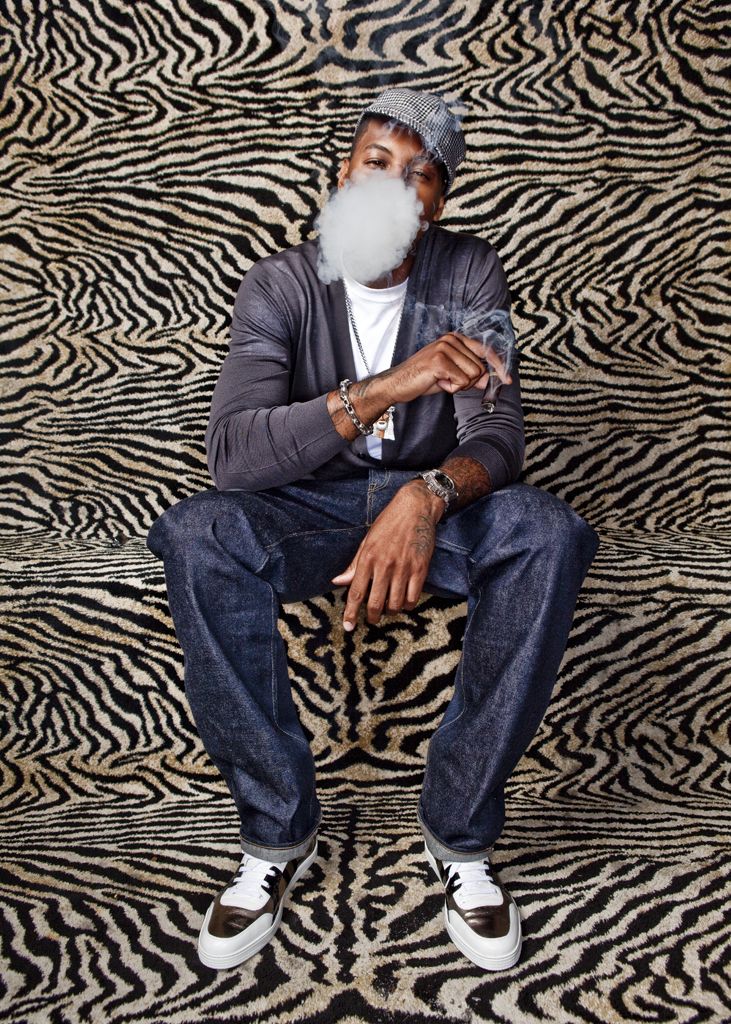 What was your most memorable portrait shoot and why?

The famous political activist Abbie Hoffman called the Associated Press office in Philadelphia one day in 1987 to say that he was going to get himself arrested the following morning and maybe they would want to send a photographer. He was protesting the construction of water pumping station that was going to divert water from the Delaware River to a nuclear power plant.

I showed up at the appointed time, Abbie showed up with an American flag draped around his neck and then proceeded to handcuff himself to a fence. Apparently, Hoffman had also told the pump security people his plans because they were ready with their bolt cutters. Hoffman screamed like they were cutting his hand off and I snapped my picture. That event helped me understand how news organizations can be manipulated to be active partners in the news event itself.

What is the most fun you have ever had on a photography shoot?

Time Magazine asked me to photograph Lance Armstrong and other cancer survivors at a Livestrong walk/run/bike event. It was definitely a thrill to photograph Lance, but what took me by surprise was my experience with the other people that I got to photograph. I found that every single one of the 30 or so folks I grabbed off the finish line were just absolutely joyful to be there – or perhaps to be anywhere. I found myself a little overwhelmed emotionally in the presence of literally thousands of people who each had a brush with death. They all just seemed so happy to be alive and happy to enjoy that moment, and I got to share that with all of them. So much of my effort with any portrait is to cut through the emotional facade that people tend to carry around with them (especially when they’re standing in front of a camera). On that shoot, everyone seemed to present themselves as an open book. 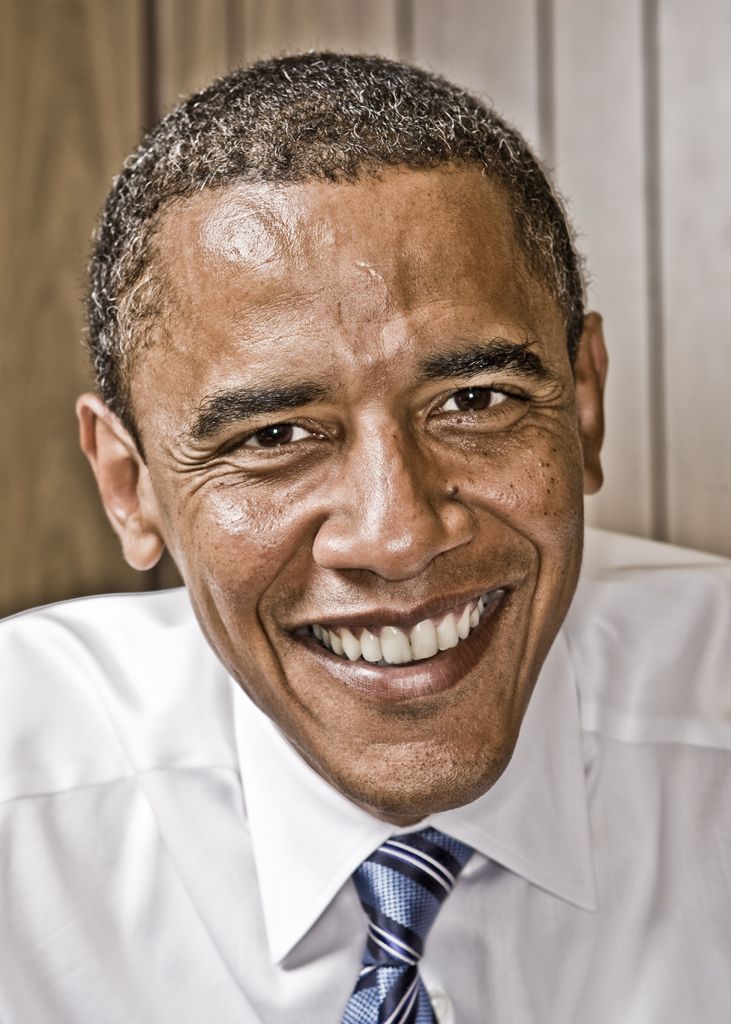 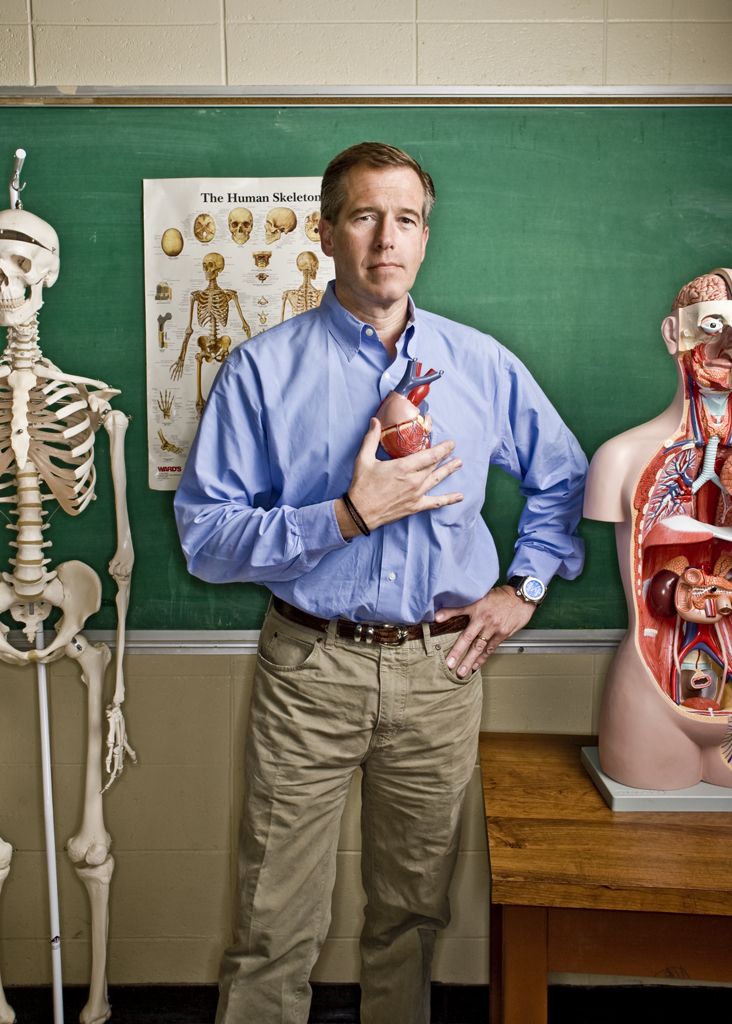 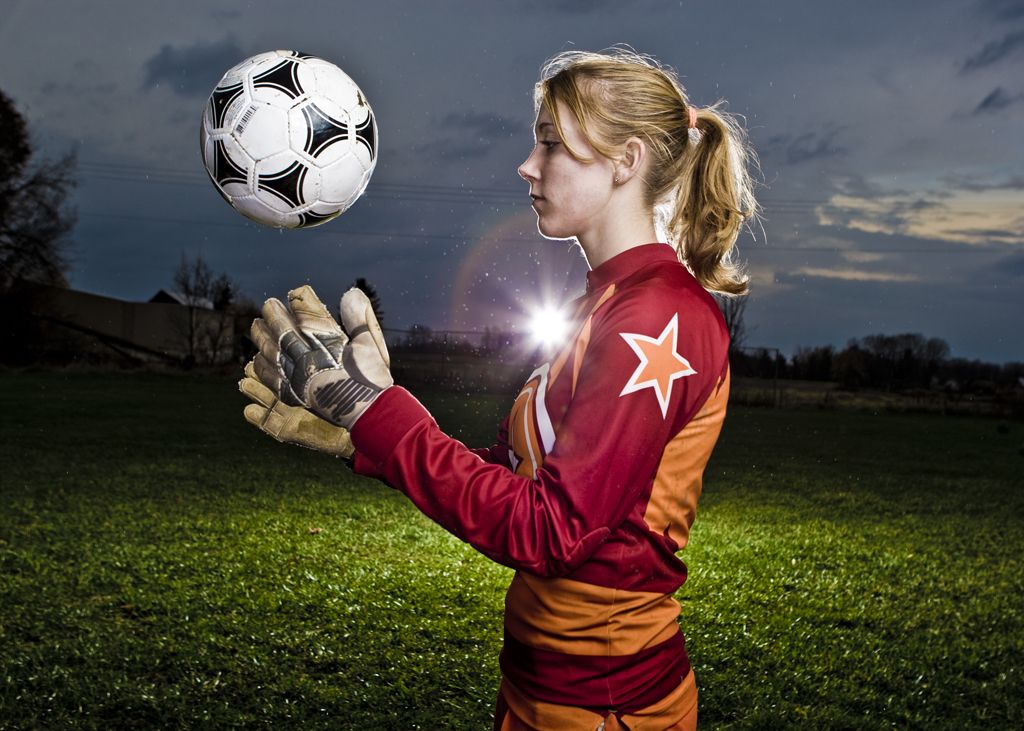 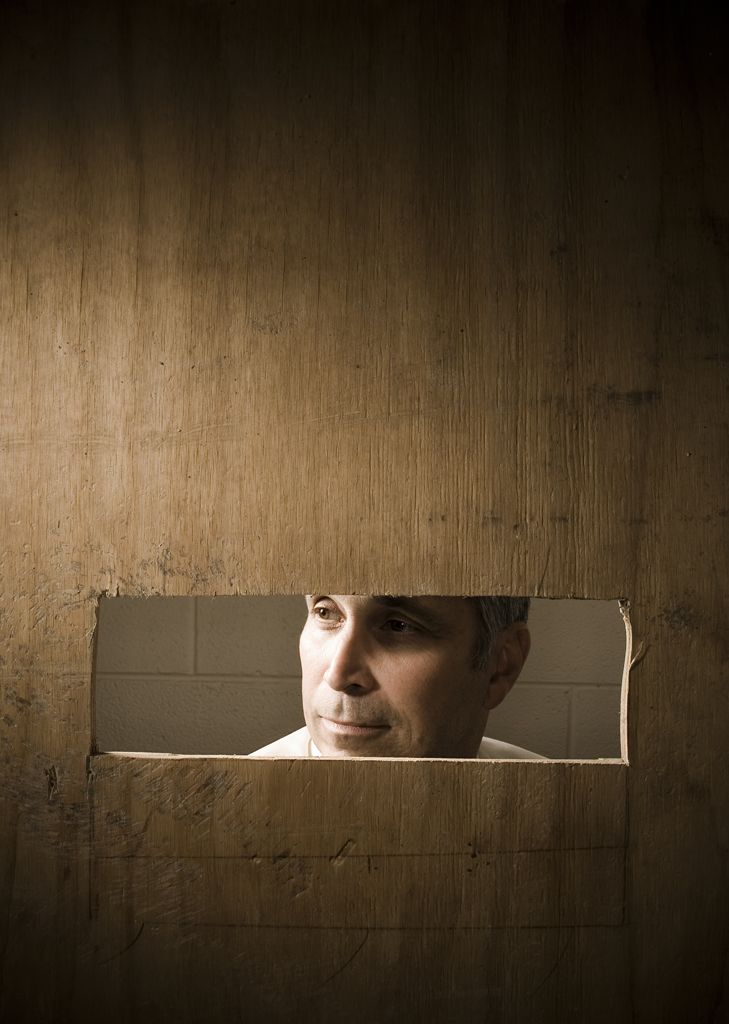 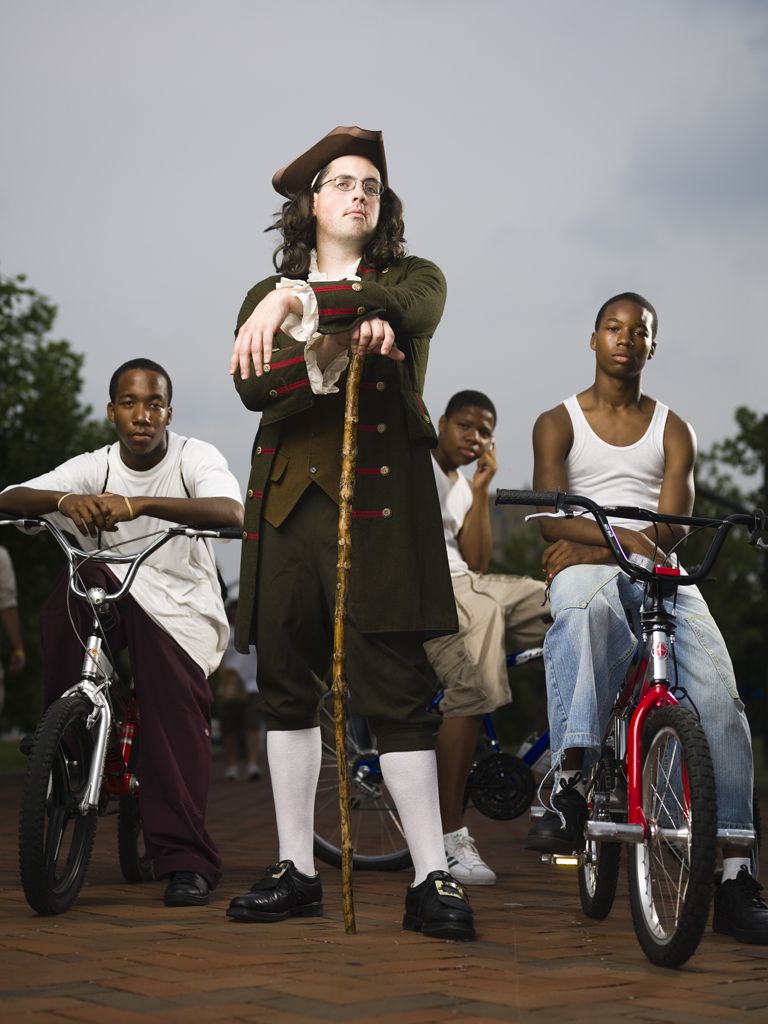 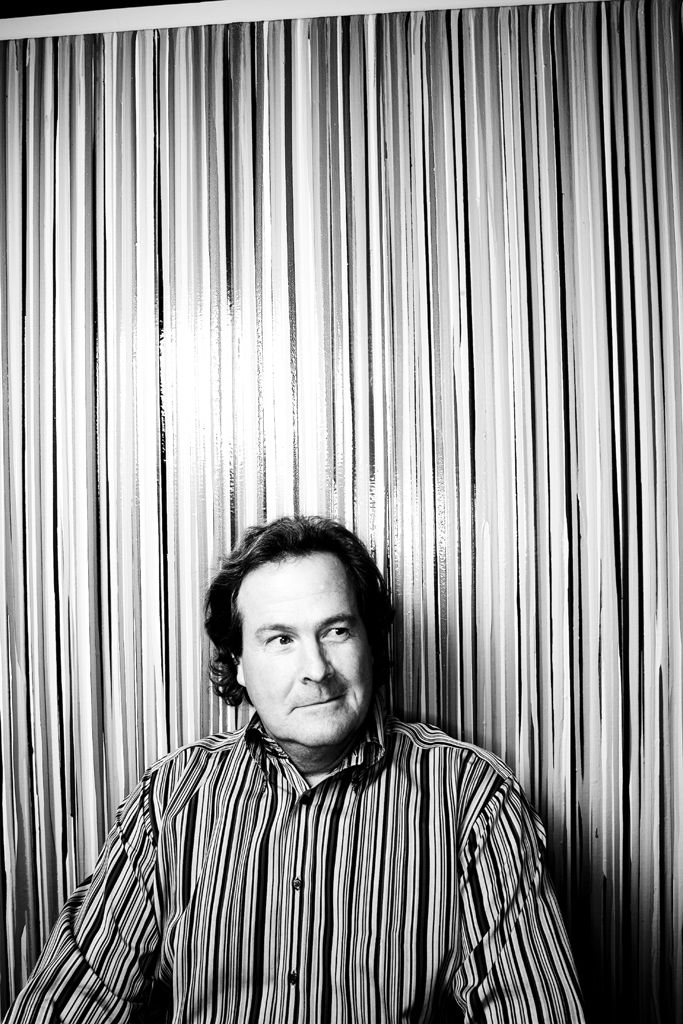 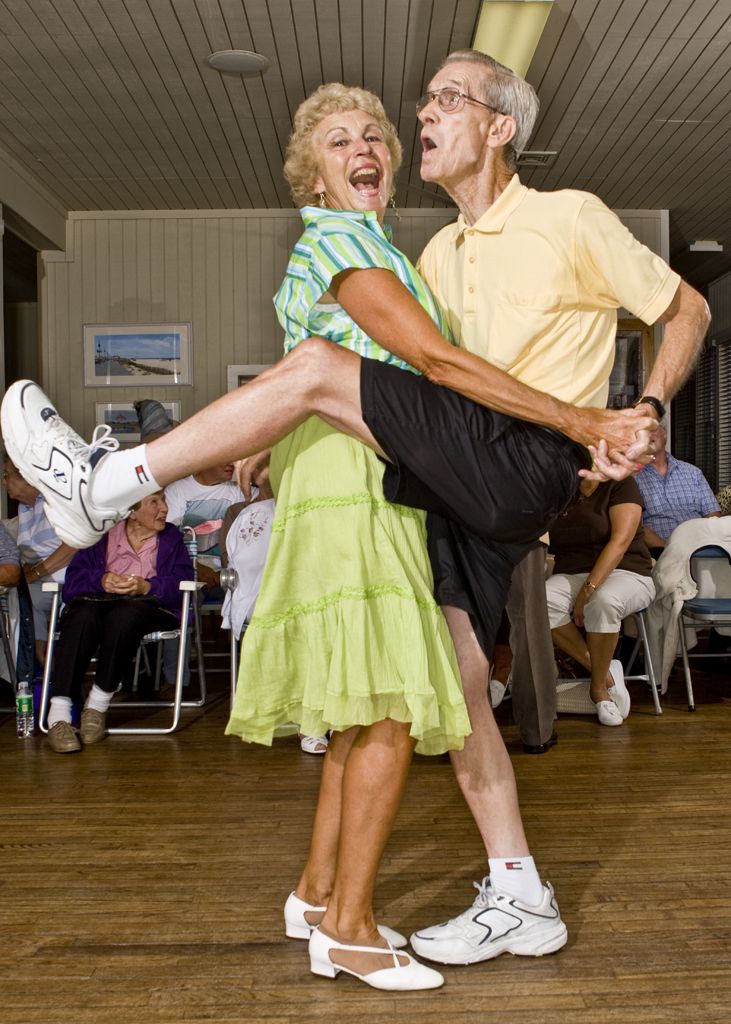 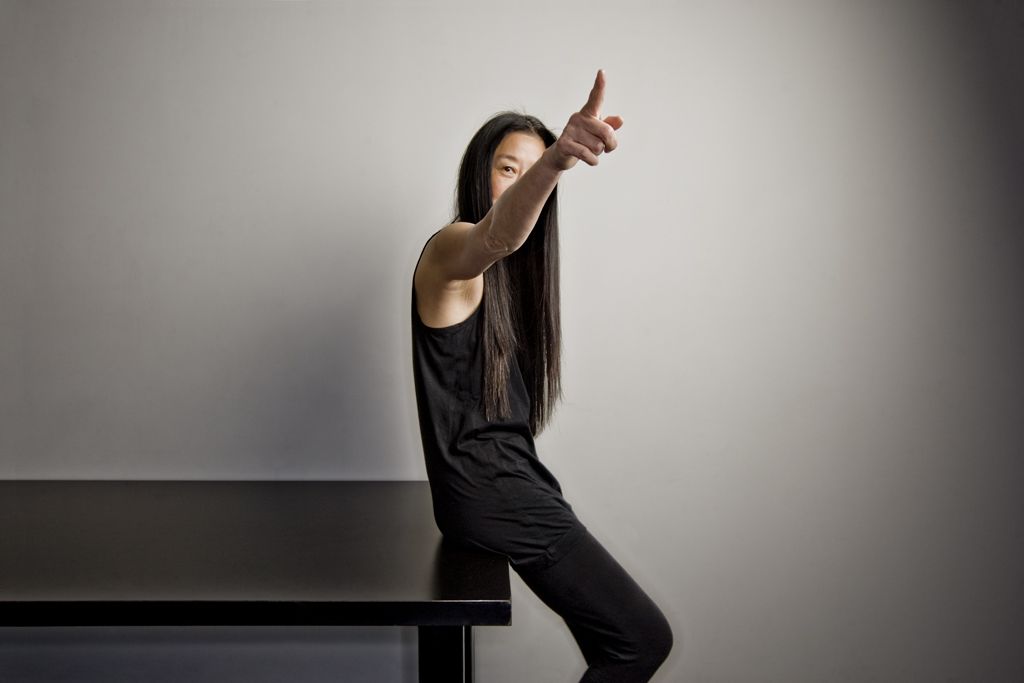 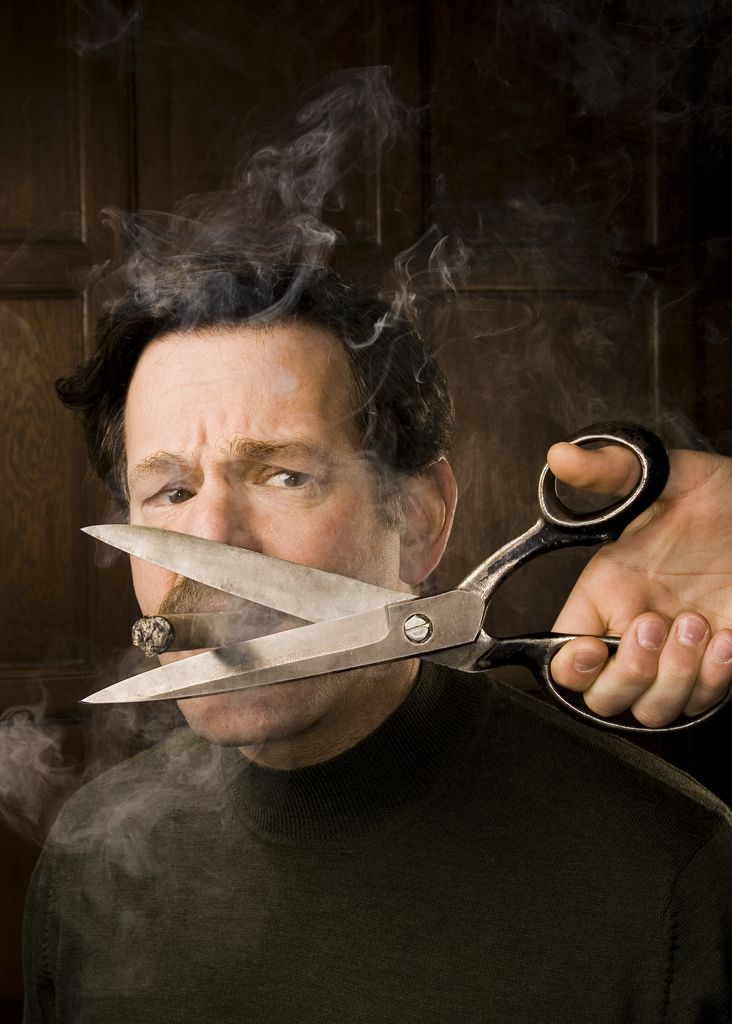 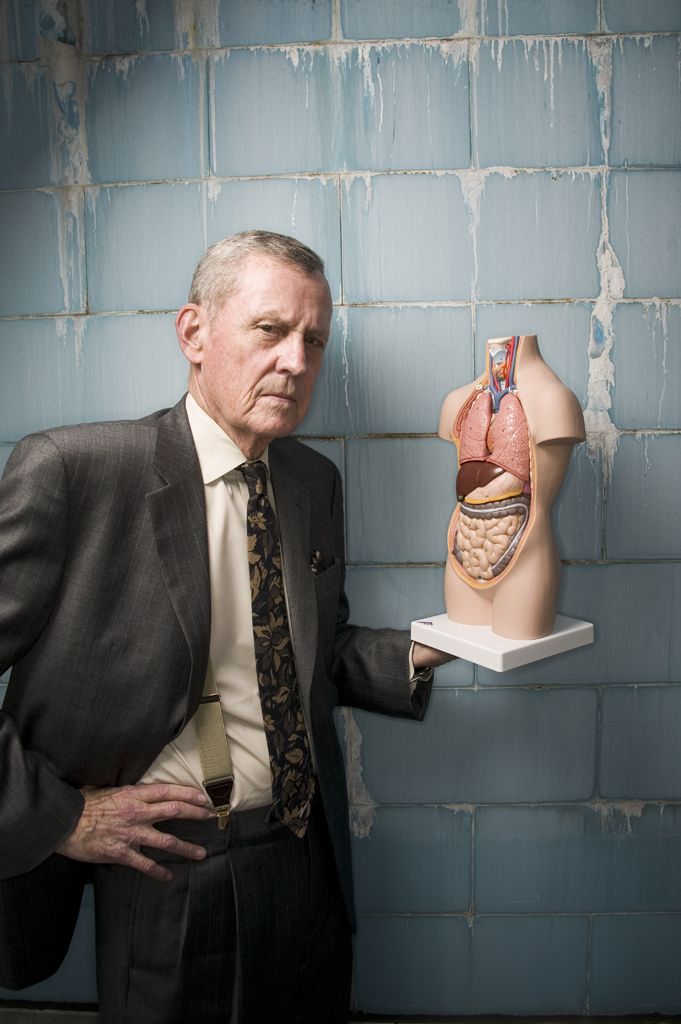 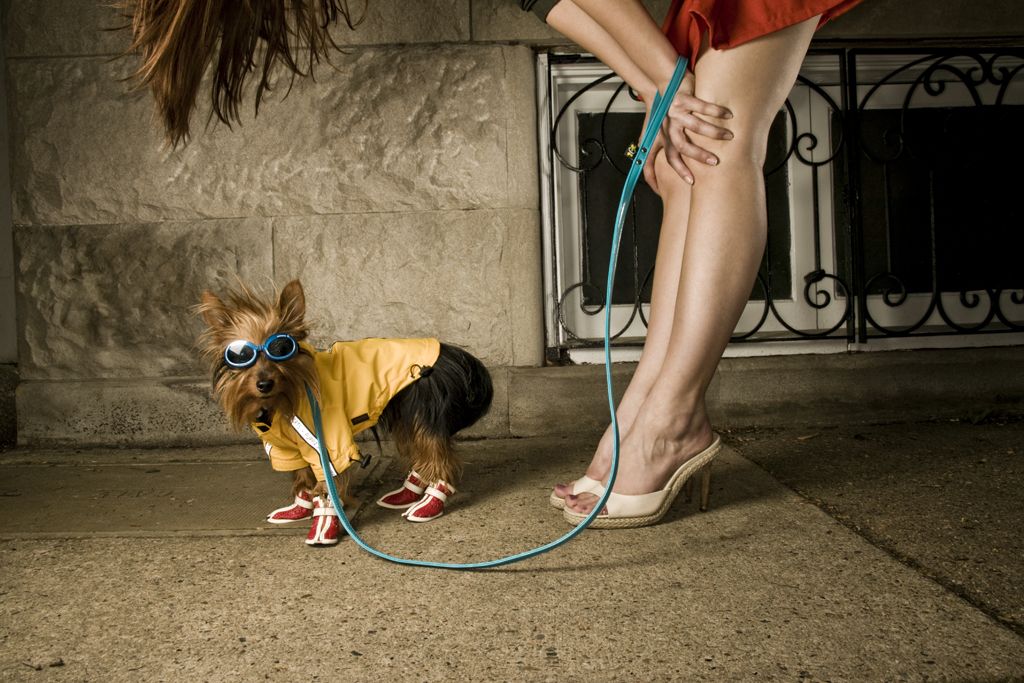 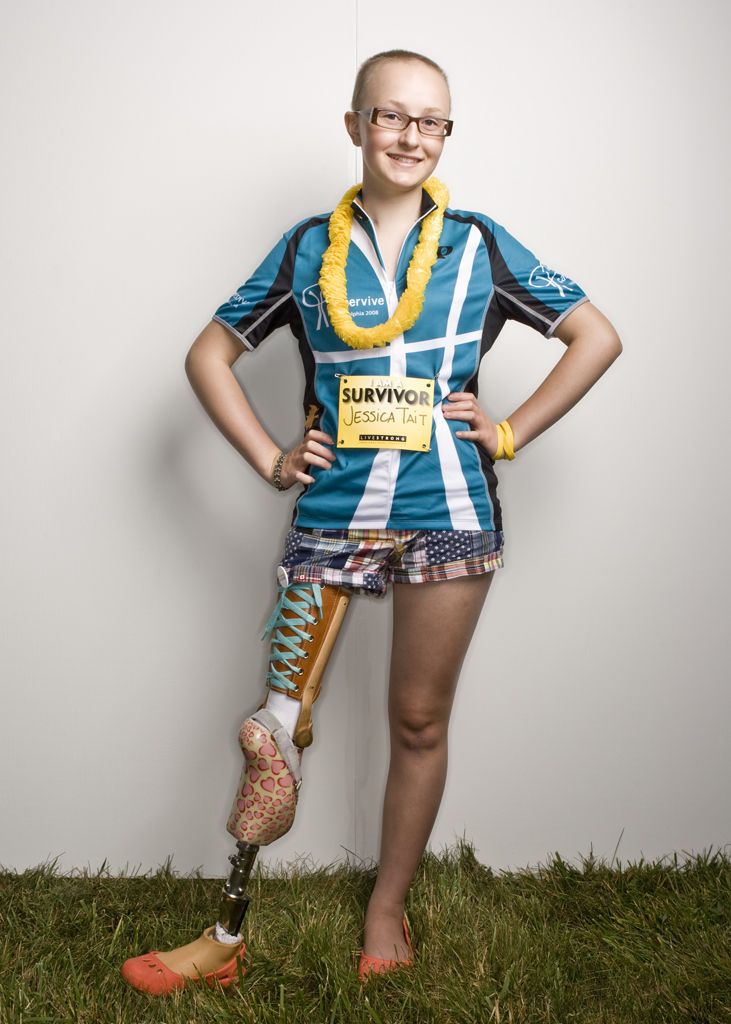 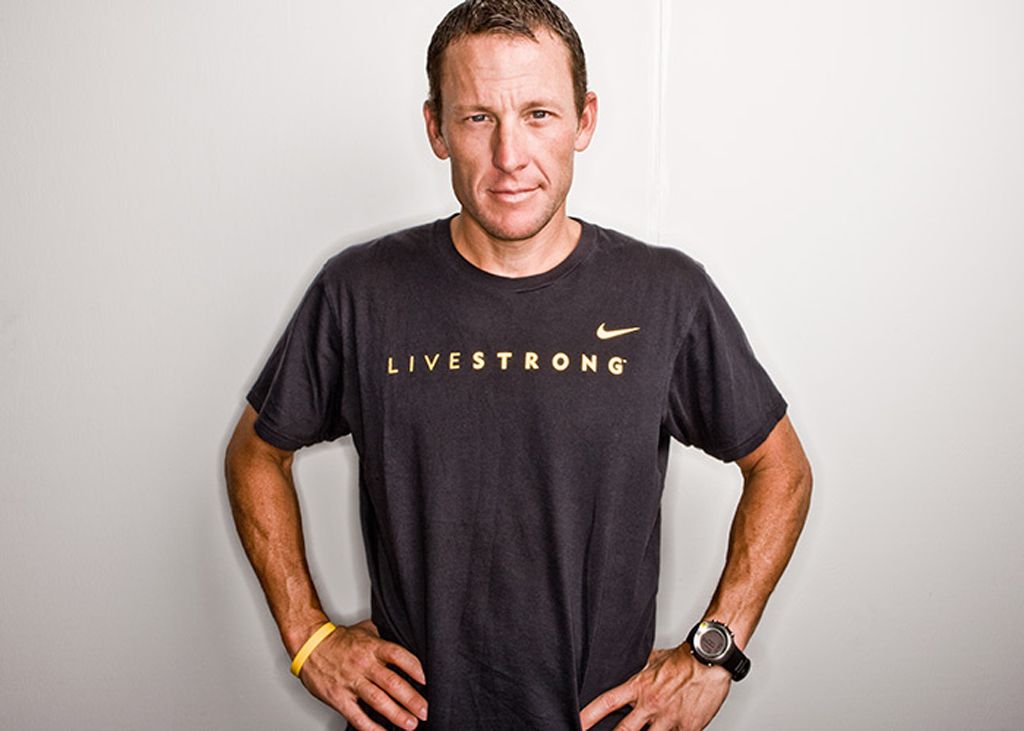 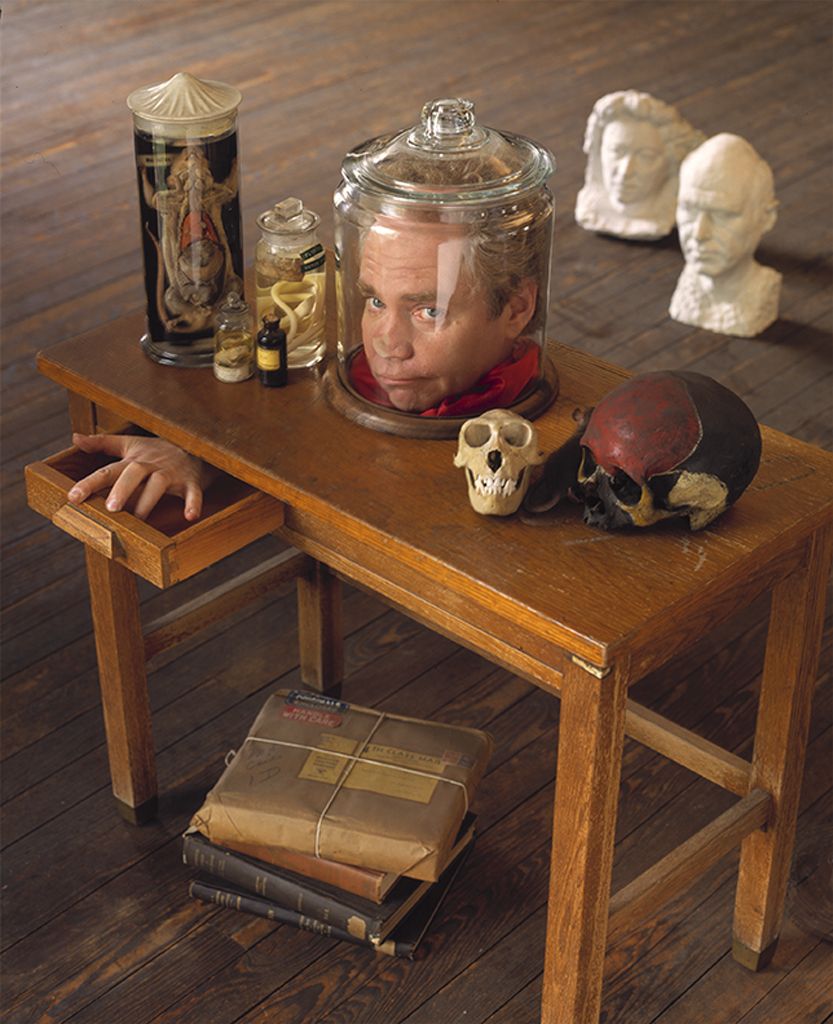 How to Create a Perspective Drawing With PicsArt