Dear Star Wars Fans, This One’s for You 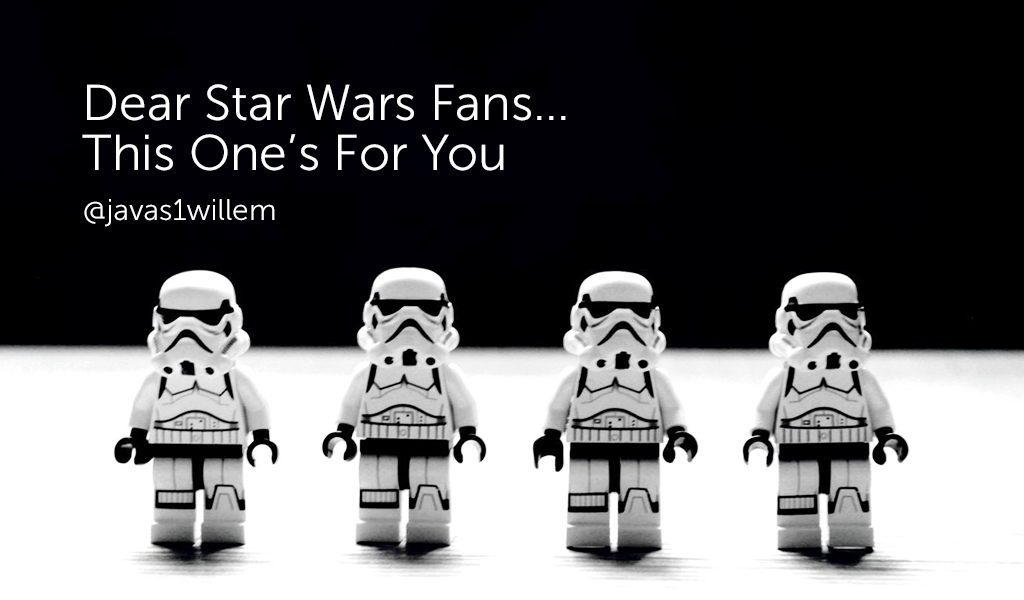 There is perhaps a no more dedicated following in the history of science fiction (… or mankind?) than that which makes up the vast and ever-expanding Star Wars fanbase. Yes, for the last 40 years, this incredible community has stood by their beloved trilogies with Jedi-like devotion and it’s about time they received proper acknowledgement for all the positive energy (or, dare we say, ‘Force’?) they spread across the galaxy.

So, today, Star Wars fans, listen up—’cause this one’s for you. 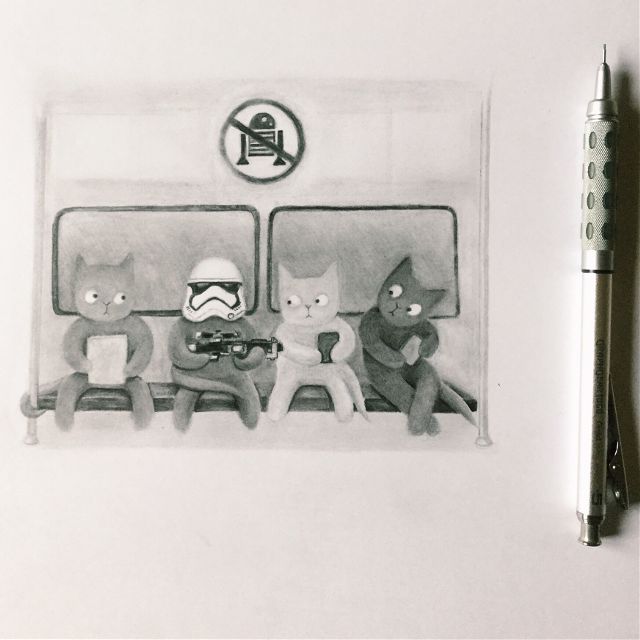 Even in a world where cats ride the subway, illustrator Matt Phillips (@mattkphillips) shows that dressing in Stormtrooper garb will still get you stares.

You’ve waited patiently for the release of The Force Awakens (some less patiently than others), but since the humble beginnings of this American space epic that dates back to the seventies, you’ve kept yourself busy.

Since that time, you’ve been responsible for some of the most brilliant sci-fi paraphernalia the world’s ever SEEN (The Han Solo Fridge? A household essential. The Death Star Waffle Maker that’s “perfect for all your evil waffle needs”? Indispensible.). Yes, the commercial world has had much to gain by appealing to your seemingly insatiable creative appetites. But perhaps your most wonderful contribution to mankind is something money simply… cannot buy.

Few would debate the fact that Star Wars fandom has been the catalyst for some of the most epic bursts of creativity this side of the Milky Way and the amount of fan art produced by this community over the years is enough to fill a galaxy of its own. Thanks to the buzz surrounding the latest film, The Force Awakens, there has been a vigorous outpouring of new artwork that has signalled a countdown to the premiere last Friday. 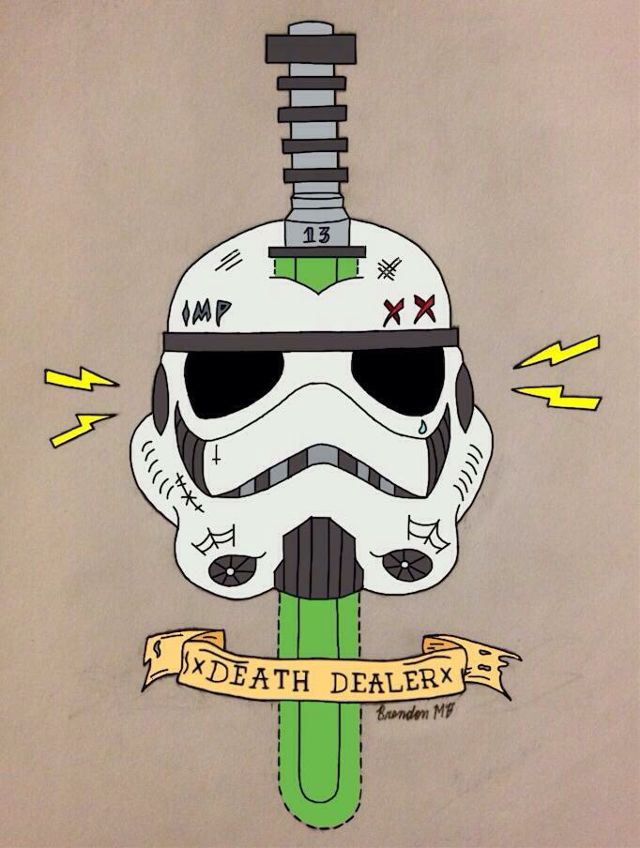 Whether it’s jack-o-lanterns carved as the Death Star, or an artist’s 365 day project leading up to the film’s premiere through brilliantly-illustrated comics, we’d love to hear it from you: What are your favorite examples of Star Wars fan art floating around the internet lately?

Wondering How to Add Wings to a Photo? Use These Simple Steps with PicsArt's Photo Editor

Over the Moon with Clipart - Surreal Photo Edits with PicsArt