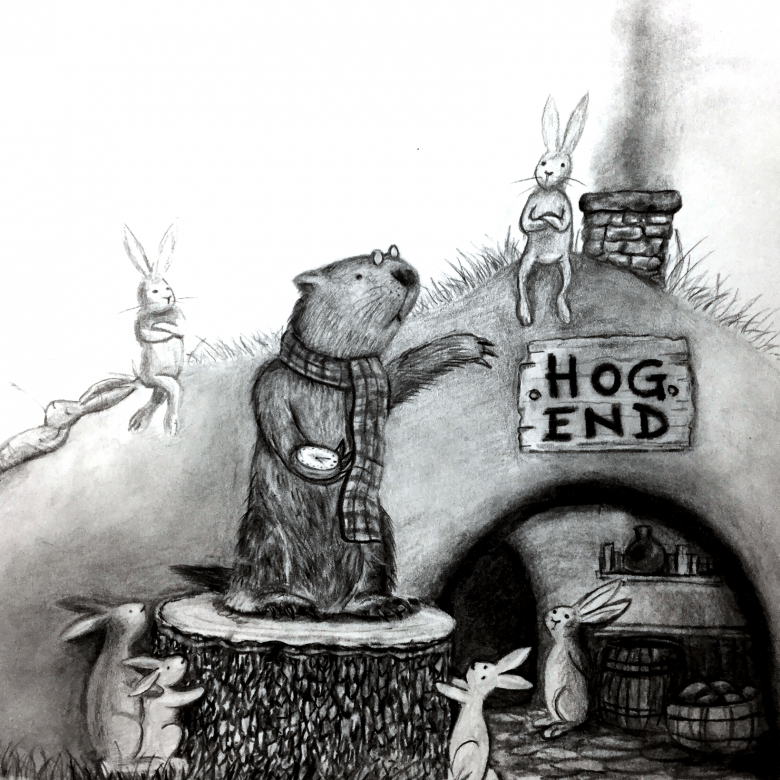 Ah… It’s that time of year again. Spring is approaching. And nothing says springtime like a chubby rodent waking from a long winter’s hibernation.

Well, simply put, people love groundhogs. It’s why we’ve put so much effort into naming them over the years, with ridiculous(ly awesome) names like Buckeye Chuck, Sir Walter Wally, and the majestic Queen Charlotte.

Yes, mankind has taken great pleasure in milking this quirky holiday for all its worth, especially when it comes to cartoons. Illustrators have been personifying groundhogs through the art of pen for decades and, this year, we decided we wanted a behind-the-scenes sneak peek.

Matt Phillips (@mattkphillips) is an illustrator based out of Staffordshire, UK. He’s been drawing for much of his life, creating greeting cards, murals, and experimenting in all kinds of mediums, but he says his true loves are the simple pen and paper. They’re like “old friends, dependable and always there when you need them.”

Many of the illustrations in Matt’s gallery feature clever, animal-inspired cartoons. From distracted iPhone-obsessed cats in the subway to lawn-mowing dinosaurs, it’s clear Matt has a knack for humorously bringing these creatures to life by placing them in strangely human situations.

But how does one conceive of these cute cartoon critters? Where does the process begin, how does it end, and, most importantly, what happens in the middle? We reached out to Matt before Groundhog’s Day about creating a cartoon that would highlight the playful elements of this unusual North American tradition, in which a groundhog predicts the weather for the next six weeks.

For those who want a quick summary, here are Matt’s tips:

Matt’s finished cartoon took a charming approach to communicating the curious role of the groundhog in the festivities, featuring a very prestigious-looking one holding a pocketwatch and announcing his very calculated predictions to an eager audience of rabbits.  The piece was created in a little over a week, but according to Matt, there’s a lot that goes on behind the scenes as far as drafting is concerned.

He says he usually has an idea in mind before pencil even touches paper. After a couple of rough sketches, he can see whether or not the concept is going to work and it’s normal for him to go through three or four different versions before he settles on the final one. During this brainstorming stage, he advises that researching online for reference images can be very useful. Yet even after exploring alternatives, Matt says that nine times out of ten he will pursue his initial concept—the first idea that struck him. In this case, it was the groundhog standing atop a tree stump.

Next, Matt creates the final outline of his sketch, adding layers of tone and detail. He says that once you’ve chosen your medium and have an idea, the creative process is simple from there. In this case, he’s chosen graphite because, as he says, “it’s a limited but at the same time versatile medium and I love the effects you can create with different grades of pencil.” Matt’s final product makes good use of the graphite medium, as you can see in the texture of the tree stump, as well as the fur on the groundhog. Knowing the capabilities of your medium is key to adding important details that will give your illustration depth and character.

At the end of the day, there is no right or wrong when it comes to creativity and everyone brainstorms differently, but these kinds of insights can be really valuable if there’s a particular style or medium  you’d like to master. We’d also like to get a conversation going:

What is your creative process like? Do you work in a similar manner? And finally, do you love cartoon groundhogs as much we do? Try creating your own little critter and submit it to the app using the hashtag #Groundhog. We’ll be on the lookout for your submissions, so stay tuned.

8 Ways to Put a Plane on It 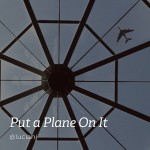 How to Put a Plane on It with PicsArt