The Golden Ratio: How and Why You Should Use it

What makes good design great design? It might not be obvious to the naked eye, but visually pleasing and balanced designs are created with the golden ratio in mind. You’ll find golden ratio examples in the symmetry of ancient Greek buildings. It’s in the proportions of Mona Lisa’s face. You’ll even find it in the precise size and shape of the technological device in your hand. The golden ratio — also referred to as the golden mean, the golden spiral, or the Fibonacci sequence — is the clearest evidence of how math can be used in the real world.

What Is the Golden Ratio? 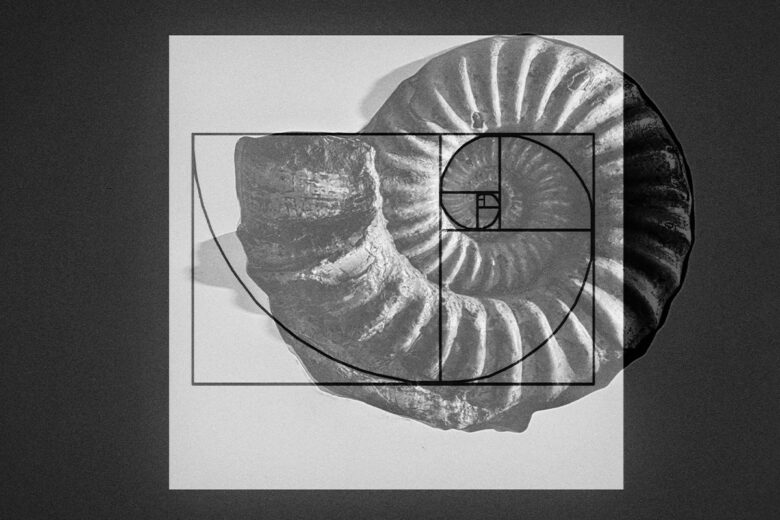 Simply put, the golden ratio, often denoted by the Greek letter phi, is the hidden math that calculates perfection and beauty. It can be found in nature, art, architecture, and even finance. Two objects are in the golden ratio if their ratio is the same as the ratio of their sum to the larger of the two quantities. Simple, right? Okay, maybe not.

So, let’s simplify it. Have you ever marveled at how rose petals spiral in perfect sequence around the stem? Or wondered why people can stare at the Taj Mahal for hours? That’s the golden ratio in action.

The golden ratio was first described in Euclid’s Elements more than 2,000 years ago. Euclid of Alexandria, a Greek mathematician known as the ‘Father of geometry’, first referred to the golden mean. In the simplest terms, if you take a straight line from point A to point B and divide the line with point C, it will divide the line in a way where the ratio of AC to CB is equal to the ratio of AB to AC.

The discovery of the golden ratio can be attributed to many different thinkers throughout history. Greek sculptor and mathematician Phidias applied phi to the design of the Parthenon, built in 440 BC, which features structural columns that form golden rectangles. These golden rectangles are built with a length to width ratio of approximately 1.618.

How Is the Golden Ratio Calculated? 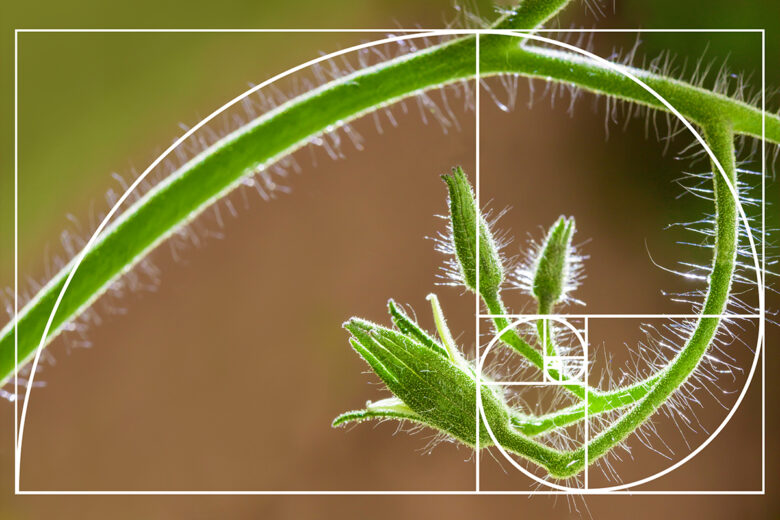 How Do You Use it in Design? 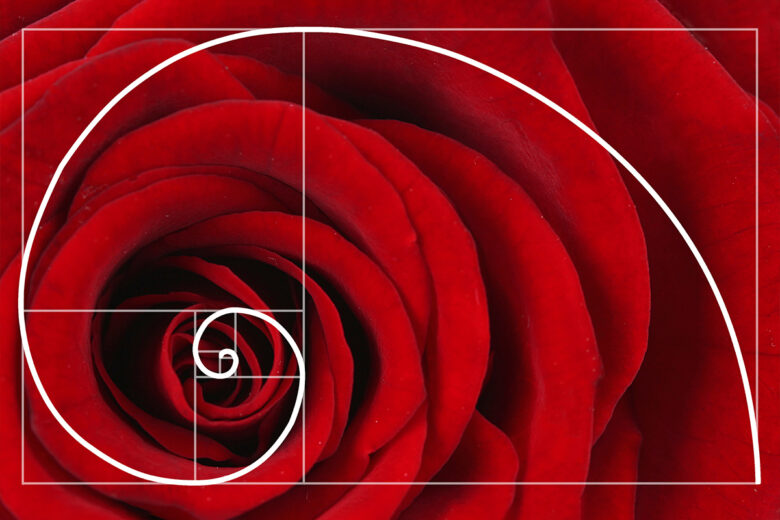 One of the first lessons new photographers and designers learn is mastering the rule of thirds. The rule of thirds divides an image evenly into three distinct parts, horizontally and vertically. It places the subject of the image at the intersection of the dividing lines or along one of the lines. Like the golden ratio, the rule of thirds is one of the most important goals for any content creator or designer.

While the history and mathematics behind the golden ratio may seem complex, its graphic design applications are quite simple. They can be easily used in your design layout, spacing, content, and images. The golden ratio can also guide designers as they consider typographic hierarchy, image composition, logo design, and more. When the golden ratio is used it creates a visual harmony that’s difficult to explain but easy to calculate.

How Do You Use the Golden Ratio in Your Design Layout, Content, and Images? 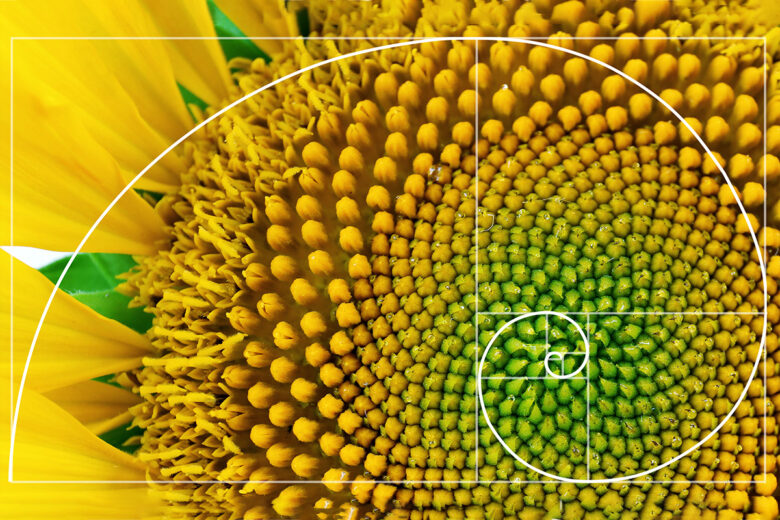 When designers receive an assignment to create compelling content, they’re often given various assets. Using copy and images, designers are tasked with arranging each component in a way that not only communicates the intended message, but also compels the viewer to engage with the call to action. The most visually appealing work is often created with reference to the golden ratio. As with the rule of thirds, the golden ratio also encourages designers to divide images into three distinct sections, each one serving a unique purpose.

When considering both design layout and content placement, the golden ratio can come in handy for even the simplest projects. Many designers often visualize how the golden spiral design lays out on their image. With the golden spiral as a guide, the eye is naturally drawn to its center, where the most important details of the content should be placed. Areas of visual interest are typically placed within the spiral. Secondary content falls within the areas farther away from the spiral, and negative space is typically placed farthest away from the center.

For example, the two-column layout of some of the most successful websites is not by accident. It’s an intentional and direct application of the golden mean. Web designers typically create a grid for the design, which has a standard fixed width of 960px. If you divide 960px by 1.618, the result is 593px, which becomes the width of the main content column. Subtracting 960 by 593 results in 367px, the width of the secondary content column.

How Do You Use the Golden Ratio in Your Spacing? 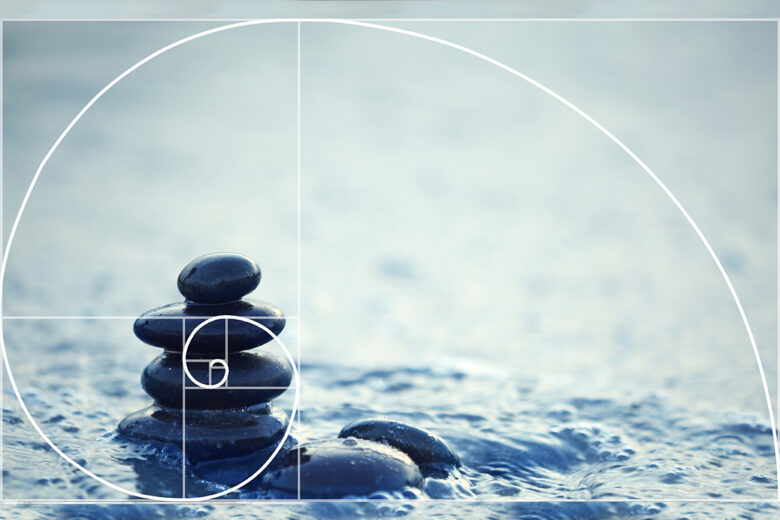 An image is made up of two types of space. It’s every designer’s goal to strike a balance between positive space (the image subject) and negative space (the surrounding areas). The use of positive and negative space is often assumed to be the result of a designer’s eye for placement and instincts. But the golden ratio is also responsible for how a design will be perceived. Using the golden ratio diagram, designers can determine the placement of each element as guided by the squares.

Is the Golden Ratio Still Relevant? 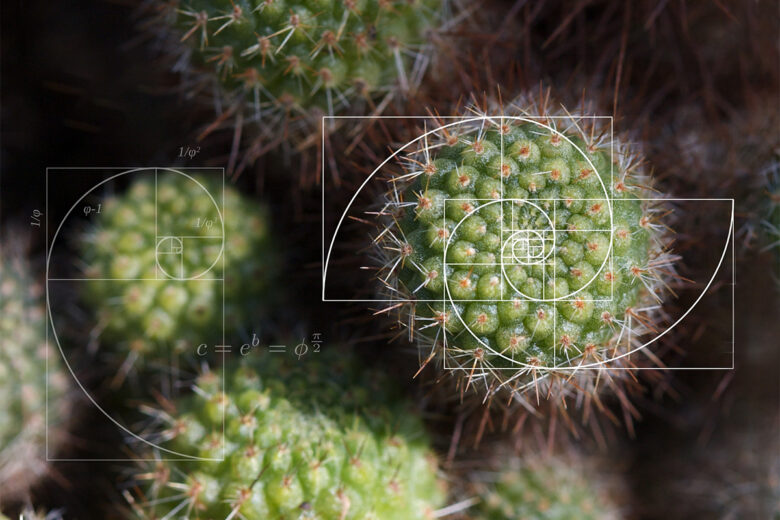 Many people believe the golden ratio is a myth that designers can consider to be irrelevant. The golden ratio, according to many critics and contrarians, is a dying art. Because it is an irrational number, it’s impossible for objects in the real world to achieve the golden ratio. While famous architects like Le Corbusier and artists like Salvador Dalí composed their masterpieces based on the golden rectangle. In modern times, many people are simply uncomfortable with using math in their daily lives.

It would be foolish to dismiss the golden spiral entirely however. Golden ratio examples are all around us. Try it out during your next design assignment to see if it works for you.

Create Your Own Design Using Picsart

Now it’s time for you to experiment with your own golden ratio examples. Get started by playing around with the quick and easy editing tools at your fingertips on Picsart. Explore the #goldenratio hashtag to discover how artists and designers from around the world are incorporating golden ratio examples in their creations.

1. Open the Picsart web editor and click on New Project to start. 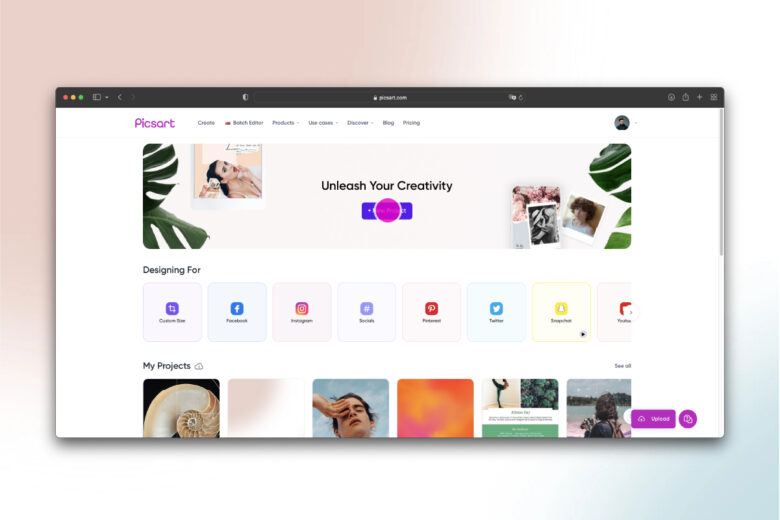 2. From the left-hand panel, select Uploads and choose your image. 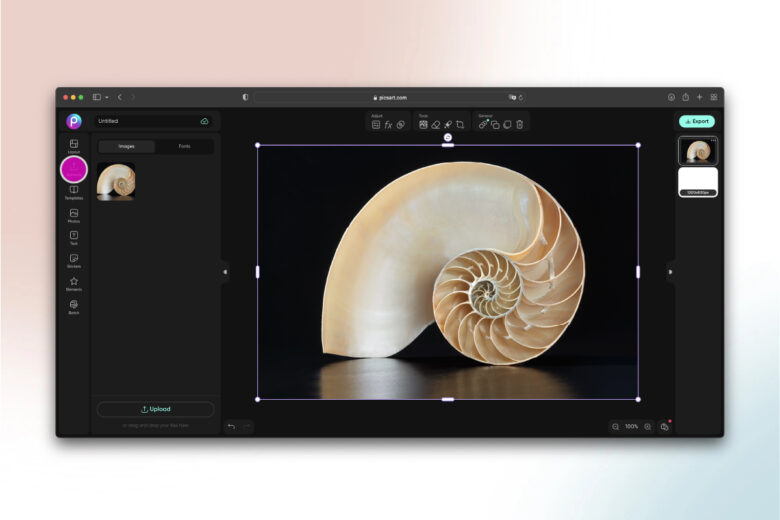 3. In the left-hand panel, click on the Stickers tool, search for ‘golden ratio’ and then apply the sticker to your image. Note the placement and remember what you’ve learned about positioning for positive and negative space from the golden ratio examples referenced earlier. 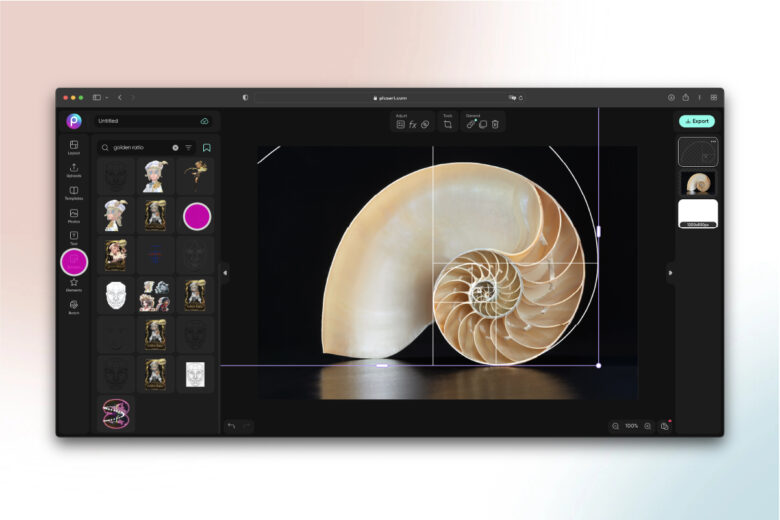 4. Complete your edits and confirm by clicking on the Export button to download your creation. 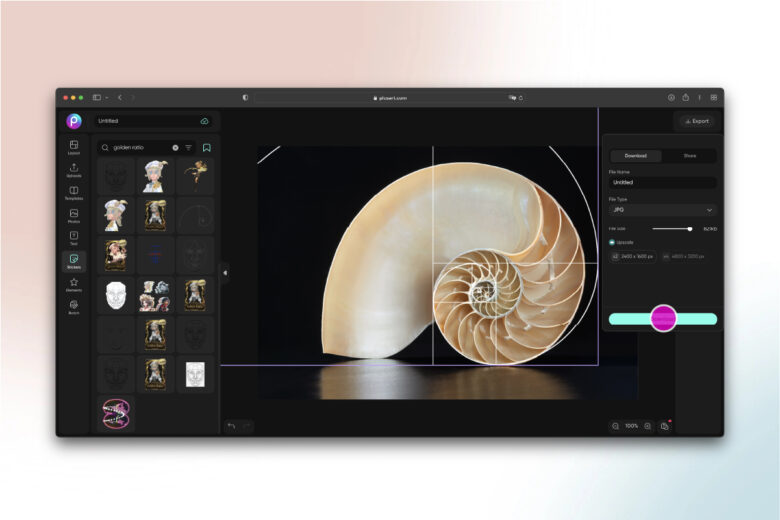 1. Open the Picsart app and tap the purple plus symbol to start.
2. From the Photos category select an image you want to work with.
3. Scroll to the Stickers tool, search for ‘golden ratio’ and apply the sticker to your image bearing in mind everything you’ve learned so far. 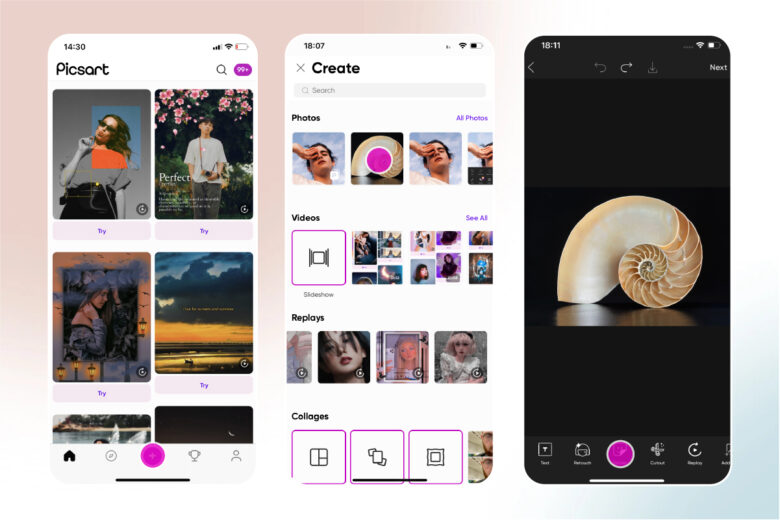 4. Finish with any last minute edits or finessing tweaks you need and tap on Apply to confirm.
5. Save to your device or post your creation to the Picsart community.

How To Use Photo Presets & Filters: A Step-by-Step Guide

10 Types of Videos Every Business Should Know