We’re partnering with the release of “Bombshell: The Hedy Lamarr Story” to host an awesome challenge for our community of 100M+ users! Be sure to enter the Homage to Hedy Lamarr Edit Challenge in the app, and check out an exclusive interview with director Alexandra Dean below.

Hedy Lamarr was a movie star, but also an inventor. In fact, it’s thanks to her that we have WiFi today. There’s nothing more creative than invention — and this week, PicsArt is teaming up with the release of “Bombshell: The Hedy Lamarr Story” to host the Homage to Hedy Lamarr Challenge. To participate, head over to the Challenges section of the app and submit your own creative remix to the Challenge! The top 10 winners will receive a movie poster signed by director Alexandra Dean.

“Bombshell: The Hedy Lamarr Story” is the story of a remarkable woman with an important message. Director Alexandra Dean sat down with PicsArt’s Katharina Kowalewski for an exclusive interview about the movie. Read on to learn more, and then head over to the Challenges section of the app to participate!

How did you come across this story for your film?

I read Richard Rhodes’ book “Hedy’s Folly” and I was thrilled to realize this movie star had probably changed the way our world works.

Can you briefly summarize what your movie is about?

“Bombshell” is about Hedy Lamarr, the actress known as the most beautiful girl in the world, who inspired Snow White… And who was also an inventor who created a secret communication system that we all use in Wi-Fi, bluetooth and GPS today.

Is it hard to find female inventors?

When you look for inventors to profile as a journalist, it can seem like there aren’t the same number of female inventors out there as male inventors. There is a reason for that. Many female innovators have told me that it’s hard to get funding because they don’t look the way people expect inventors to look. It’s hard to get investors to take them seriously. That’s why we need people to broaden their idea of who is an inventor.

How important is creativity — especially for young women?

I think creativity is crucial for everyone who wants to make a mark on the world. But we live in an overscheduled world where kids are rarely allowed to be bored. And I think it’s when confronting boredom that kids get creative.

What can a young audience learn from the Hedy Lamarr story?

I hope young audiences will learn that whether or not you get the recognition and applause you want for your work, it’s still worth doing because it’s the mark you make on the world that matters, not the reception it gets. That was Hedy’s insight at the end of her life and i think it’s one to live by.

She had both beauty and brains — maybe she can inspire women to have it all?

Absolutely. I don’t think women should feel they have to chose between being bright or beautiful anymore. But beyond that I hope they feel like they can be powerful as well.

Women in tech and science are still having a hard time. How important is it to have female role models?

I think having role models like Hedy make it feel possible to achieve and do groundbreaking work in science and tech no matter your background or gender.

Who are your role models?

What advice do you have for young women today?

Don’t be afraid to make your mark on the world. This is your time and anything is possible for you! 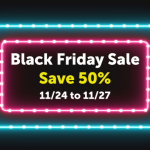 Get 50% OFF for the Black Friday Cyber Sale in the PicsArt Store! 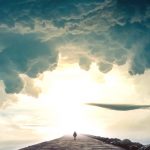 You HAVE to See This Easy Cloudscape Tutorial