Hernan Zenteno is an Argentine photojournalist based in Buenos Aires. He began journalism in 1988 and became a full-time photographer in 2001 during a period of local crisis. He works for a local newspaper and has been published in Geo, London Times, The Economist, Wall Street Journal and Newsweek among other publications.

We interviews Hernan about his photography and his insights. 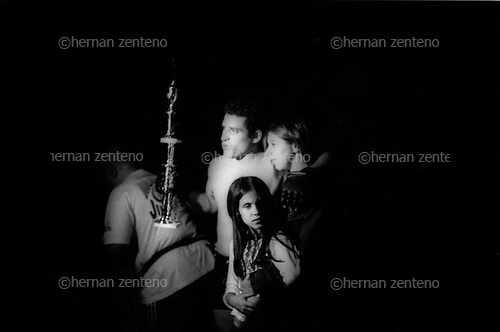 My father was a photojournalist. But he tried to keep me from entering this profession. He pushed me to be an engineer or something like this. I can´t deal with mathematics and I preferred more to read, write and look at photos and negatives he had in his archive in a room in the backyard.

I started my studies of journalism at the University of Lomas de Zamora, Buenos Aires. Then I changed to the broader curricula of Social Communication. I started as a writer in a newspaper but always was playing with one of my father´s cameras, an old Nikon F.

I found an enlarger in the archive and other things to make a darkroom. I started to experiment with this. In between I found that my editors didn’t let me write the way I wanted to write. I thought that if I do photos instead of writing I can do photos the way I like. The editors can refuse my point of view but once you push the button to release the shutter the photo exists. You can´t write an article for the editors and another for yourself, you don’t have the time. With photography it is different. You can and must preserve the photo. 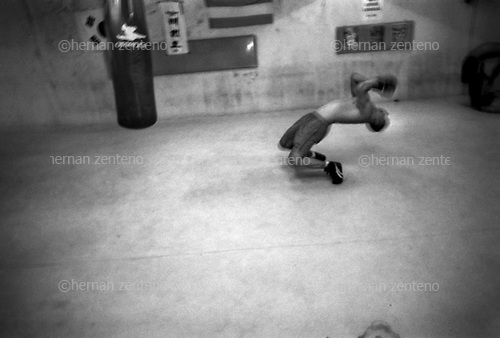 You have done extensive traveling to very different cultures throughout Latin America, spanning Argentina, Peru, and Cuba to name only a few. What is it your main motivation for doing travel photography?

I really think I don’t travel much. Obviously I would like to do so, I am always curious of other cultures. Argentina is the country where I born and live so my wandering there are logical. Cuba was my only very far trip I did by an assignment of the local newspaper I am staff since 2001. The assignment was to cover the ¨Cayos¨ of the atlantic side of Cuba invited by the government. I covered my job but at the same time I used the opportunity to do street photos whenever I could, which is one of my passions. Apart from the digital equipment I carried a rangefinder camera with some film rolls. I went to Peru to carry the ashes of my father, Domingo Zenteno Zegarra, as he asked me before he died. While I was there obviously I did photos of things that pricked my curiosity. 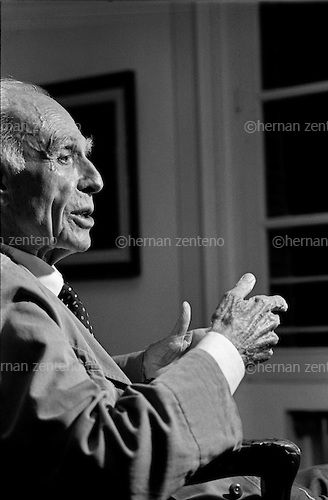 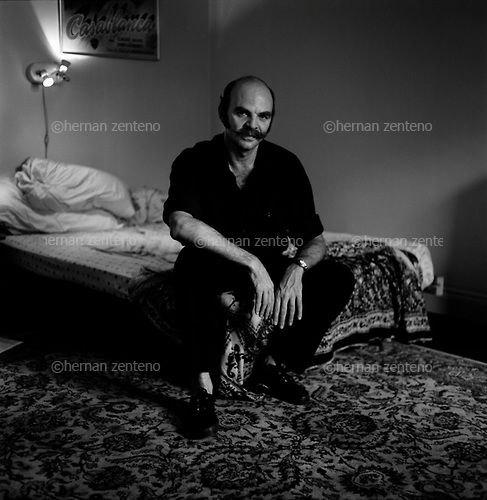 You did a series of Writer’s Portraits, featuring portraits of writers from Argentina and abroad, including Adolfo Bioy Casares, Martin Caparros, and Ernesto Sabato. How did this series come about?

This series started because I worked at this time as a photographer for an editorial that published books. At the same time I collaborated with a friend, Diego Gándara, who does interviews with some writers for the book section of some Argentine newspapers. I have always liked literature so it was something that was done naturally without a plan.

The interview of Bioy Casares was the best I had in my life. He made us laugh and cry of emotion in a couple of hours. I remember that I did his portraits lighting him with a common umbrella that I adapted to work like a studio umbrella. The thing was covered with a sticky paint. I have no money so I do what I can to get the best. I remember Bioy as a master of life and writings. 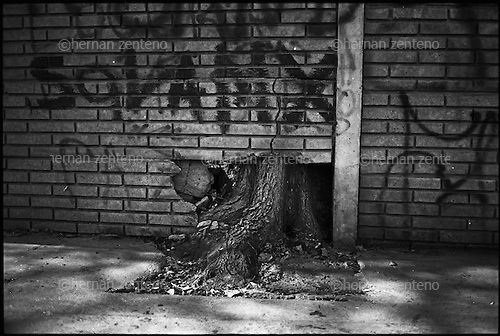 You also did a series of photos of Vale Todo, a form of mixed martial arts which originated in Brazil. Can you tell us about this project, how you got involved in this and maybe some of your general impressions?

I was commuting to my job at the newspaper when I saw on the train a pamphlet about this kind of fighting three stations from where I live. I simply went to the place, a neighborhood club, the night that it was published in the advertisement.

I did all with a tiny Leica CL and a 50 and 21 mm using old b&w film with push processing. The fights were pretty fast, didn’t last too long. All in a very dark environment. I covered some practices and what took my attention was that the fighters were sometimes with their family in spite of the violence of this kind of sport. In another fight in the capital city, in a more big place, there were a lot of women cheering the fighters. I suppose these kind of practices are greatly related to hormones.

Since it is not a sport with big diffusion, in Argentina, the fighters were amateurs and several of them were just trying it out. They come from different disciplines like boxing, jiu jitsu and others. 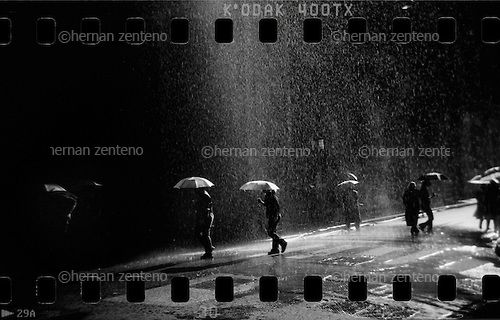 How do you go about choosing your next project?

I have a staff job as a photographer and because of that I have very little time to do my own projects. So, I try to do photos for my joy in the moments I can. Everybody has themes that are repeated over a long span of time. I am doing something about trees, another never ending project about every-day life, when nothing happens; I have another about my vacations. Shooting simple things, banal things that nobody pays attention to, is one of my obsessions.

It is easy to do a beautiful photo of something beautiful. I prefer the hard way, noticing beauty where nobody pays attention. 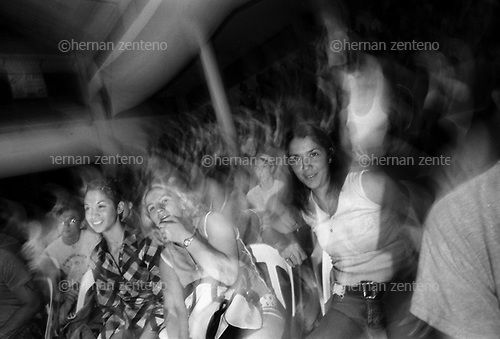 What has been your single most challenging moment as a photographer?

I struggled through the 90’s decade trying to get a decent job. When the new century started, I felt almost lost. I quit a job that I didn’t like and began with all my energy to find a job as a photographer. Finally this happened in one of the worst crises that ever occurred in my country.

Suddenly I had a job that I liked but a terrible challenge because I did not have top end cameras like my colleagues did and I was pretty green to cover some of the riots that started to happen. I had to escape from my duty to do the historic photos I did because obviously the editors knew that I was green for that and assigned me to other kinds of minor things. I managed to cover both.

Viewing my personal photos of some things that happened during this time, I think now I would have shot some things in another way but you need to make mistakes and go out to take risks to learn.

It has always amazed me that you can stop time and start to generate new meanings with a photo about one single moment. And because I learned photography during analog times, I found that suddenly the process resulted in some kind of magic, because the photo wasn’t a literal message. More so with the b&w process. 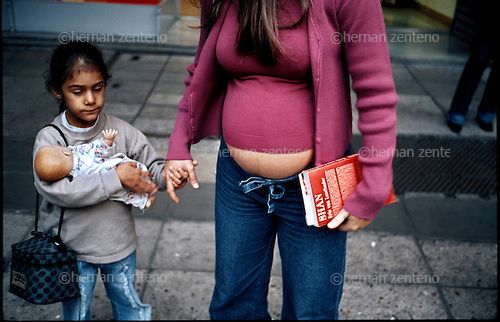 Are there any subjects that you would love to shoot in the future that you have not already?

Yes. I would like to cover the changing times of Cuba. They are living as though they were in a bubble but because of the modern technologies I think they are finding several problems in maintaining this situation. I found very friendly and respectful people when I was there, I love that style. I really hope they can find a solution to the hard times that they are living. The transition could be very shocking taking into account the experience of the USSR after the perestroika. More so in that it is an island with not many physical resources and a foreign blockade.

I would also like too to do a story about my country, traveling around but not showing the easy landscapes that are shown in all the books and tourism brochures. I would like to show the real thing. Discover the real thing. Photography could be a door to open to discover things for people that have curiosity. 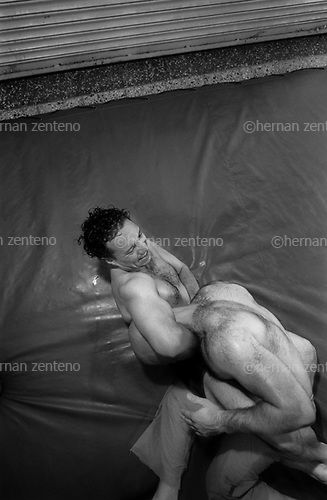 Do you have any words of advice to give photography enthusiasts that want to create great photography?

The most important things that all the best known photographers don’t mention directly and that I think are important is patience and judgement. A good photographer must know how to work fast but at the same time needs to have a lot of patience. And judgement to know when you should press the button and when not to. And after that, when to upload your photo and when not to.

We live now in a world that is very easy to make photos. This doesn’t mean that we need to do that every time and with whatever situation we encounter. We hate pollution, at least I do, and we don’t understand that we have collaborated with an enormous pollution of images uploading a lot of shit. I believe we need to stop and think why we are doing it. What is the purpose and if we reached a high enough standard to share a photo. If we think that our heart and mind really have a projection in the photos, then, and only then, upload the photo to be known by the masses.

And the most important, be honest in what we are trying to communicate. Today all photography is made of suspicions. We could end that by being honest. Don’t forget the importance of your name and your honor. 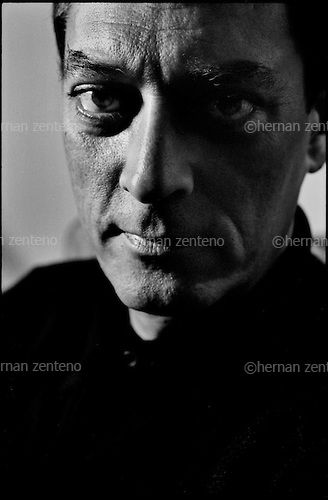 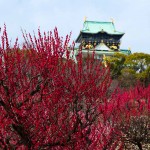 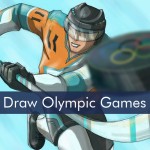 Not in Sochi? Bring Home Your Own Gold in the Olympics Drawing Challenge!