On the Ethics of Street Photography

Lately one topic of interest has been ethics for me. I have been reading a lot of philosophy, and Aristotle’s “Ethics” has been a great guide in terms of how to live my life. 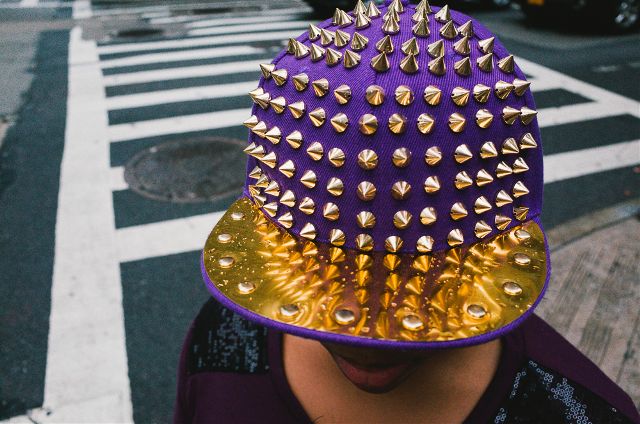 Who I don’t photograph

I don’t take a photograph of everybody who passes me. I used to be interested in fascinating “characters” people who dress flamboyantly, with interesting faces, or expressions. But the more I shoot, the less interesting I find people. It now takes me a long time to find someone who I find interesting to photograph.

I also have certain people that I try not to photograph. Of course with exceptions in certain situations– they include the following: 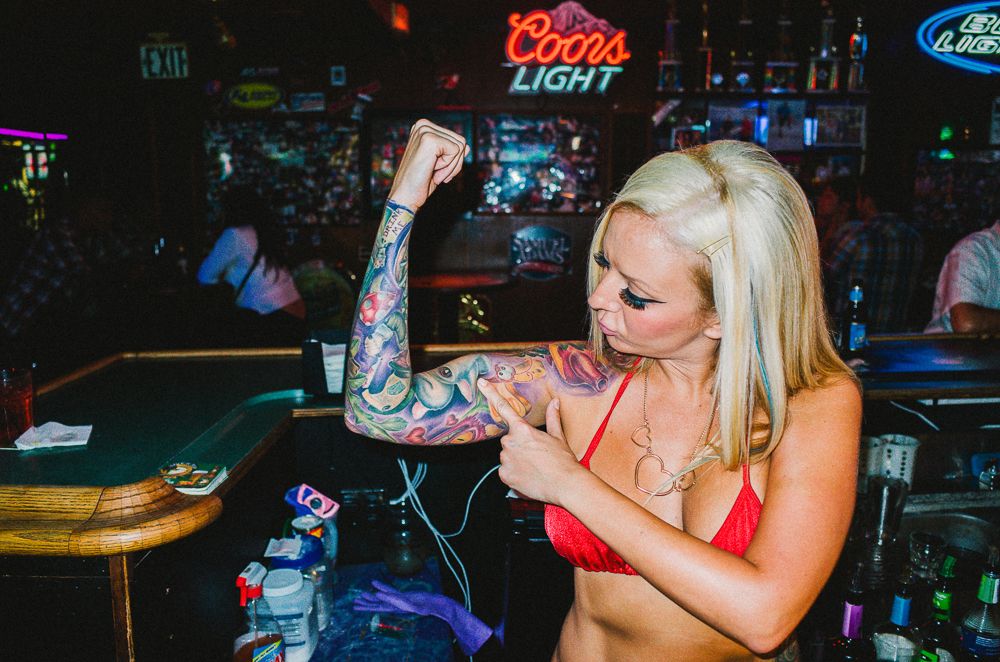 When I first started street photography, the “obvious” subject to photograph in the streets were the homeless. After all, there is nobody more “street” than people who literally live in the streets.

Therefore whenever I saw a homeless person, I would generally shoot them from the hip and I would always feel a bit guilty doing it.

I rationalized taking photos of homeless people that I was trying to “raise awareness” of the horrible condition that homeless people lived in. But I think really at the end of the day– I was more interested in making an “interesting” photograph.

After all, just by taking a photo of a homeless person on the ground I am not directly helping him/her in any tangible sort of way. If I really wanted to help them out, I would either buy them a sandwich, a drink, or some money (with the hope they would spend it on something non-destructive). 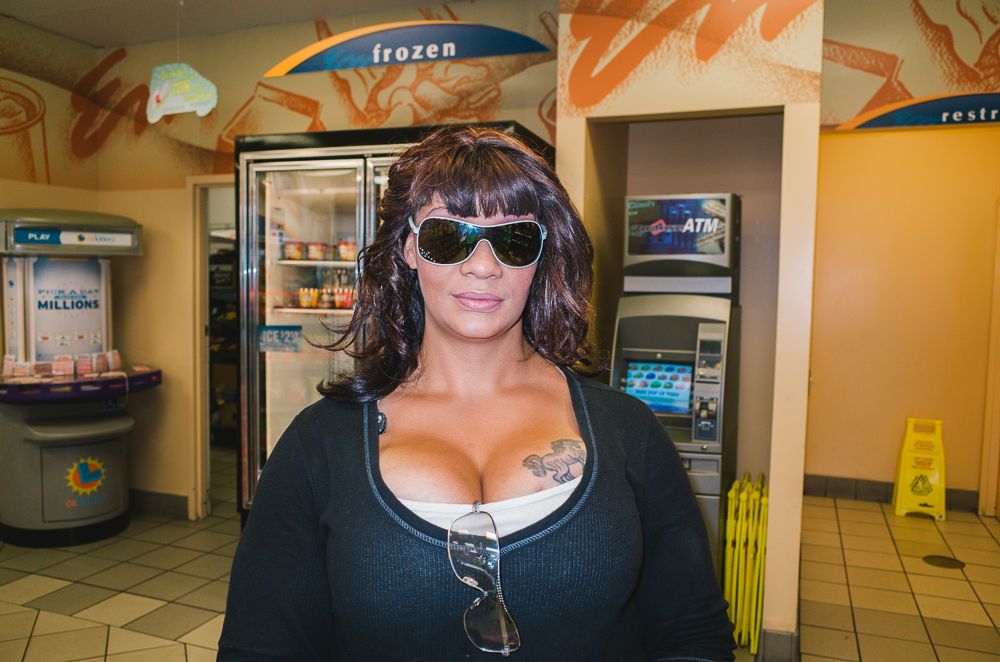 But of course– I am not saying that nobody should ever take a photograph of homeless people. There are certain cases where I do take photos of homeless people– when I am trying to make a greater statement about society. For example, I once took a photograph of a homeless person sleeping beside a church, with nobody even stopping by to help. Another instance was a woman begging in Venice, with lots of tourists walking by in flip flops. I generally try not to show the faces of these homeless people– and show that they are more of a symbol of homelessness or poverty. Rather than simply using their misery and state of poverty for me to make an “interesting” photo.

Of course there is also an important need to take photos of homeless people. After all, if nobody ever took a photograph of a homeless person– people in the future might never know the face of poverty (or that it ever existed).

Ethics is always a tricky problem, but here are some ways you can tackle the issue of taking photos of homeless people from an ethical standpoint:

a) Treat others how you would like to be treated

This is pretty much the “golden rule” that you should treat others how you would like to be treated. If you were homeless and you wouldn’t want others to take a photo of you sleeping on the ground– perhaps you shouldn’t take the photo. But if you can imagine yourself homeless and wouldn’t mind if someone took your photo– this would change the context. 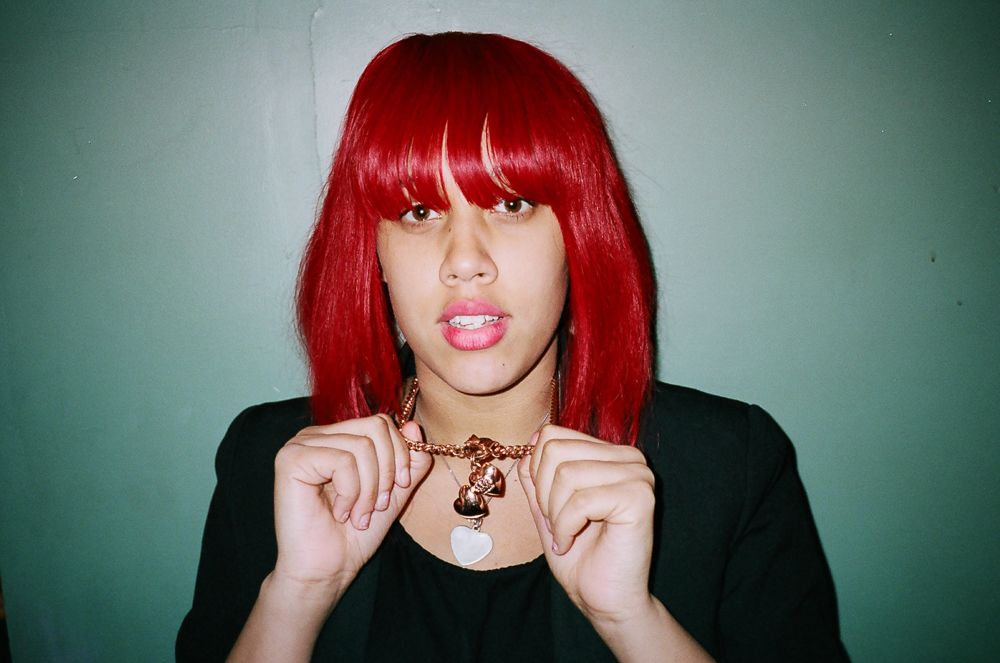 b) Think about your purpose

Another thing I think before I take a photograph of a homeless person is I ask myself: Why am I taking this photo? What is the social purpose of this photo? Am I taking this photo simply to get a lot of “likes” and “favorites” on social media, or am I genuinely trying to help raise awareness of poverty through my images? 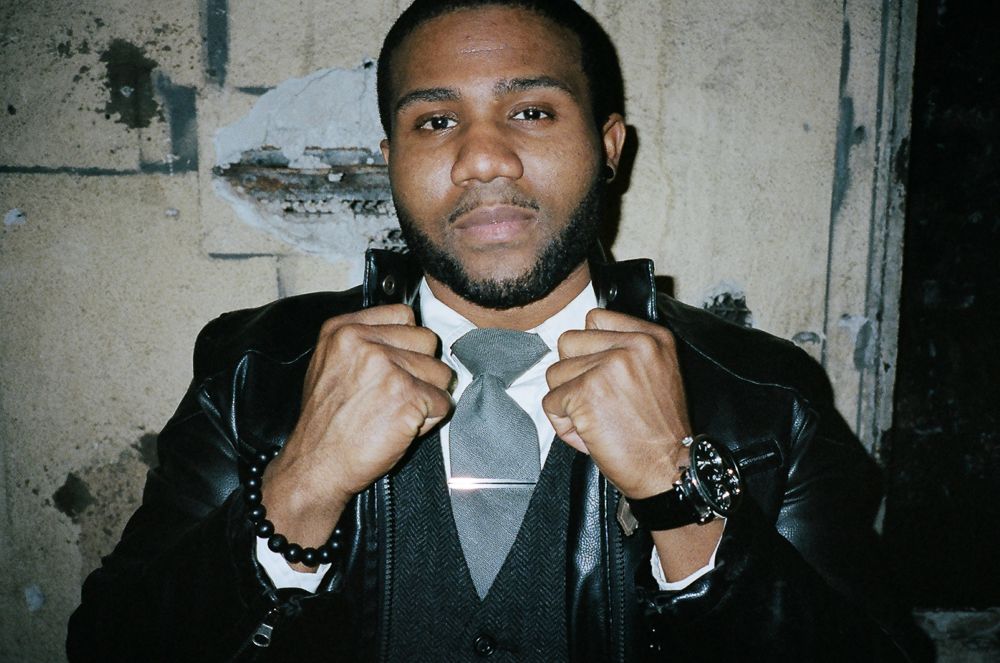 I think the last most important thing to consider is always shoot with love. Meaning, if you decide you want to take a photograph of a homeless guy– rather than just treating them as a subject in a photo, treat them like a human being.

This means spending some time getting to know the subject you want to photograph. Hear his/her life story– and spend some time with them. I heard that one of the worst things about being homeless (besides having no money and living in poverty) is that you become invisible to other human beings. You almost feel that you don’t exist. And worst of all, nobody shows love or compassion to you– or gives you a listening ear.

So perhaps start off by getting to know this homeless person– and when you feel it is appropriate, ask for permission to take their photograph. If they say yes, go ahead and take the photos– and show them on your LCD screen (if you’re shooting digital) the photos you’ve taken. Also perhaps one day you can come back and give him/her a print of the photo.

If your subject says no, respect that decision from them– and thank them for their time. Even though you might have not gotten a photograph from an interaction, value the interaction itself. 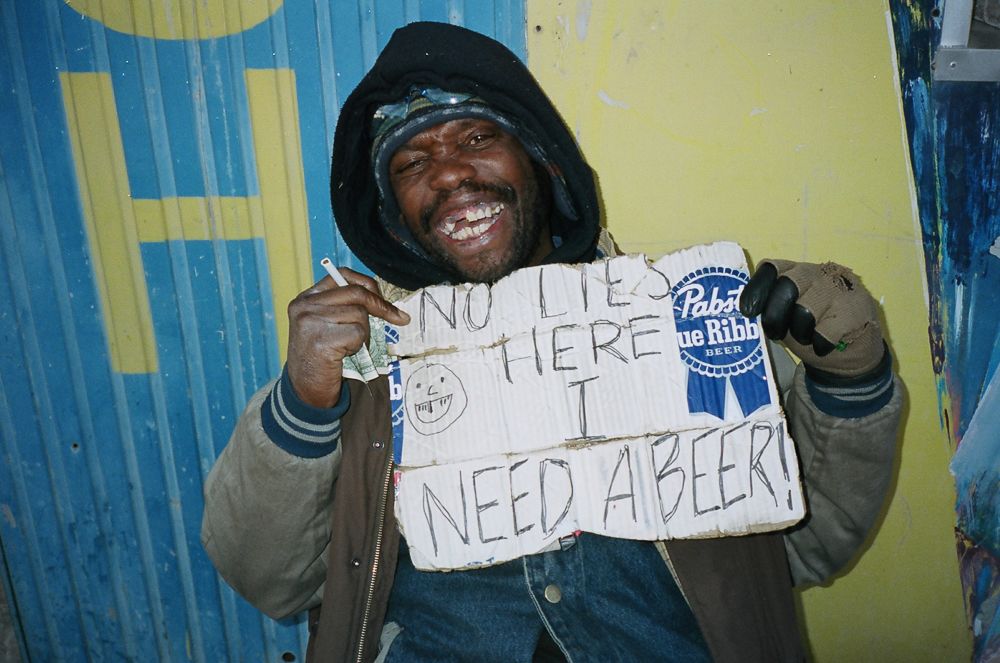 Personally I don’t think there is anything moralistic against taking photos of street performers. I think they simply make boring subjects– and boring street photographs.

When I started shooting street photography, another easy subject to photograph was street performers. After all, they are doing something interesting on the streets– and they generally look extraordinary as well.

But I have seen so many photographs of street performers on the web, mostly shot with a telephoto lens. They might not be bad photos per-se in terms of composition, framing, etc– but they are just shot to death. Frankly speaking, I don’t think I’ve ever seen an interesting photo of a street performer.

If you want to take a photo of a street performer– just think about how you can take a photo of them in a different or unique way. Perhaps focus on their details (like their hands, feet, or other accessories). Not just a standard portrait of full-body shot of them in action.

Or even better– turn your camera to the crowd. Generally the expressions of the crowd is more interesting than the street performer.

My objections to taking photos of the mentally ill are similar to that of homeless people. But even more than that, they tend to be emotionally and mentally unstable. This means they are more likely to be aggressive and hostile to you.

But I feel that simply taking photos of the mentally on the streets doesn’t do the same amount of justice as doing a documentary project. I feel it is hard to bring enough context in a single image of a mentally ill person on the streets. A better way to photograph them perhaps in a mental institution (Alex Majoli from Magnum has done a superb and empathetic project on them). Getting to know them personally, spending some time with them, and not just showing them as “weirdos” but human beings (just like you and me). 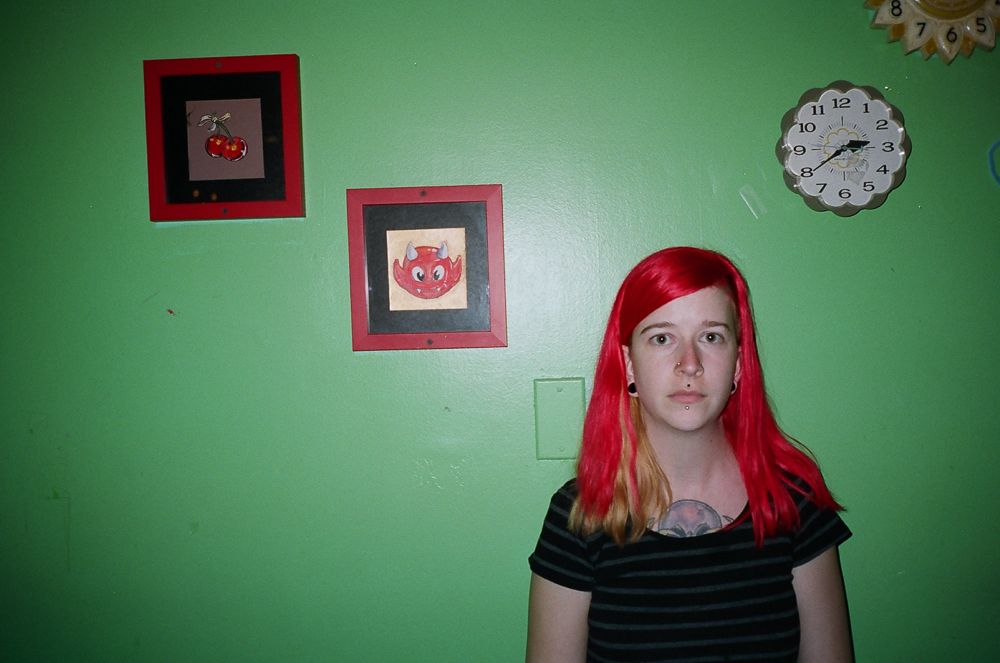 Whenever I see somebody on a wheelchair, missing limbs, or anybody who is physically disabled– I generally avoid taking photos of them as well.

Why is that? Once again it goes back to the “golden rule” treating others how I would like to be treated. Personally if I were in a wheelchair or physically handicapped, it would upset me if someone simply took a photo of me without permission. It would make me feel that someone were simply making fun of me and my physical condition.

The times I have taken photos of physically handicapped people– they were part of a bigger picture. Once again, I try to photograph them more at a distance (instead of just a tight portrait of them– identifying their face).

There is a superb Garry Winogrand photograph in which there is a man in a wheelchair, slouched over– while a couple of beautiful women strut by him with stunning light behind them. It really shows a strong juxtaposition between the “haves” and the “have-nots.” It is a socially conscious image in my opinion. 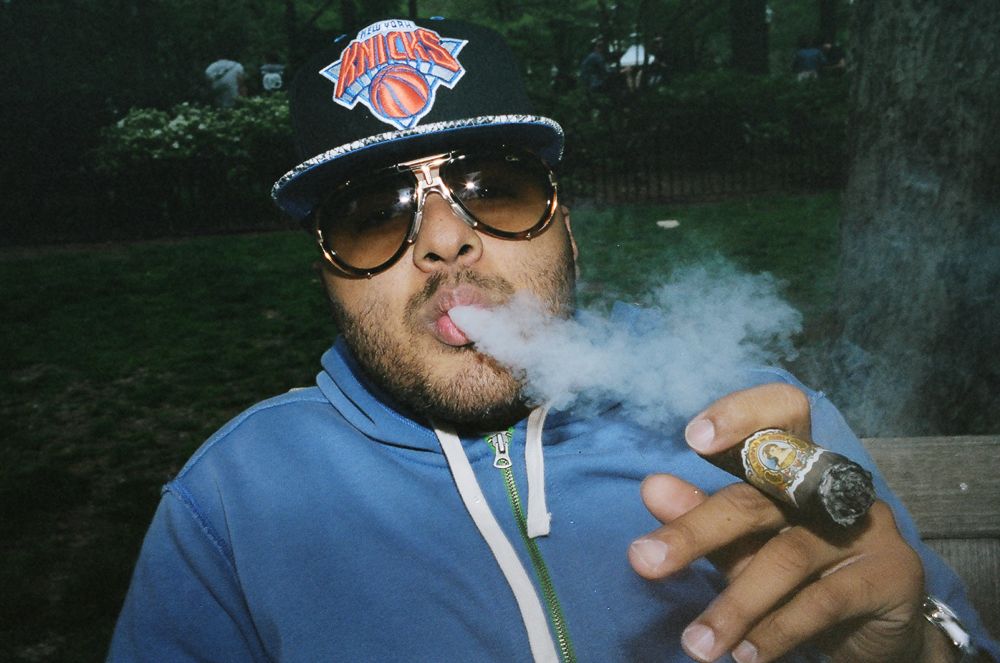 Every once in a while I see someone on the streets who is physically deformed. This means somebody who might be missing an eye, have some sort of growth or tumor on their face, or having a hand that is deformed due to an accident or from birth.

When walking on the street, when I first see physically deformed people I instantly want to take a photograph because they look “different” and “out-of-the-ordinary.” But what stops me is that I am not taking this photo that serves any social purpose. It is simply to show off a deformity of a person which is “strange” and “weird.”

And I am sure these people who have these physical deformities are incredibly self-conscious of it. I can only imagine the horrible bullying they probably went through school, and the judgmental looks they get simply when they’re out in public.

Therefore if I were to take a portrait of someone who were physically deformed– I would first ask them politely if I could take a portrait of them. I generally like to compliment people when taking photos of strangers– but if I saw a physical deformity which wasn’t pretty– I wouldn’t give them a fake compliment. I would be upfront. I would say something like: “Hello, my name is Eric and I am a photographer. Do you mind if I took your photograph?” If they said no, I would thank them and move on. If they said yes, I would take their photograph. 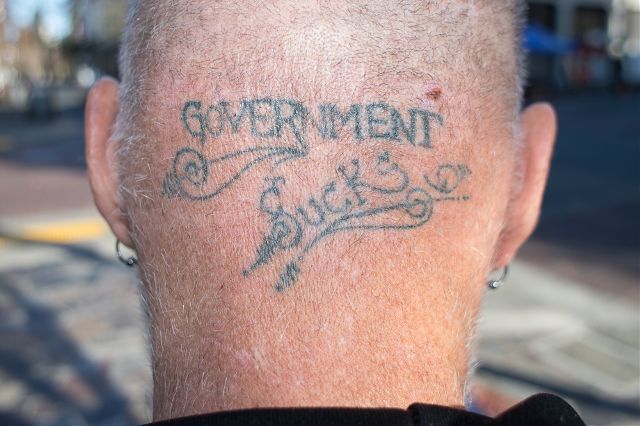 And there are cases when I don’t always stick to my rule of ethics in the streets. Sometimes I just see what I feel is an interesting photograph and take a photo instinctually (without really thinking about it).

If you are reading this and you personally have no limits in terms of who you photograph, how you photograph, and what you photograph– I have no issues with that. Ethics is a topic which has been debated for thousands of years, and there is no “right” answer at the end of the day.

I would say my parting word when it comes to ethics and street photography: follow your own heart, not what others say. Everyone has different life experiences, different life philosophies, and world views. Photograph in a way that you are comfortable with.

Photograph in a way which allows you to sleep at night. Just because some street photographers shoot at a close distance with a wide-angle lens and a flash, doesn’t mean you have to photograph that way. If you want to use a longer lens and not interact with anybody, that is totally fine too. 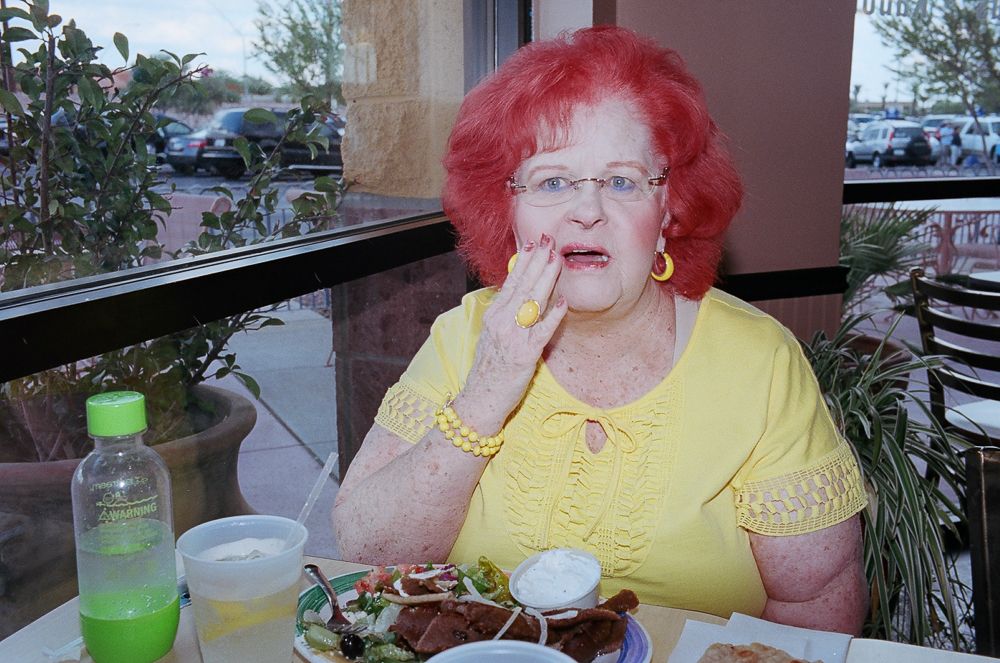 Stay true to who you are, and shoot with an open heart.

_What are your thoughts about street photography and ethics? Share your experiences in the comments below! _

Fall Color Palette: Examples and How to Create Your Own

How to Change Your Zoom Background With PicsArt

A Complete Tutorial on How To Make a Text Collage

Hanukkah Colors: What Do They Mean and Ideas on How To Use Them

How Do You Crop a Photo?