In the first part of our interview with Darren Carroll, we talked about his experience photographing the annual rodeo road trip known as Cowboy Christmas. But Darren has also shot the opposite face of that coin — Mexican bull riding, known as Charreada or Charreria.

In Texas, latinos of Mexican heritage practice this cultural competition, descended from the Charros — Mexican cowboys. We can’t explain it any better than Darren, so without further ado, here is part II of our interview with Darren Carroll. 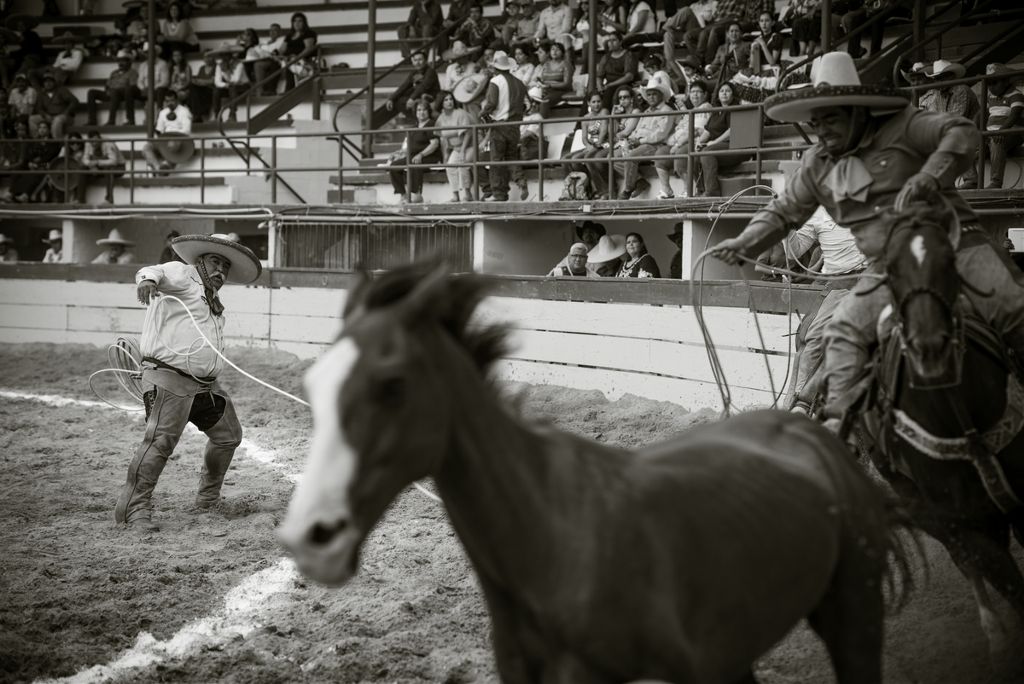 What is the difference between the sports of Charreria and Rodeo, and how did these sports?

They both share the same roots, in that they are both grounded in demonstrating the skills necessary for an American cowboy or a Mexican charro to perform their jobs… from roping to riding to steer wrestling. But many of the similarities end there.

For example, in American rodeo, cowboys rope calves and steers; in charreria, charros rope horses and bulls. The rodeo version of steer wrestling requires the cowboy to dismount; a charro brings the steer down while remaining on his horse. In American rodeo, bulls and wild horses are ridden for eight seconds; in a charreada, the animals are ridden until they throw the rider, or until they stop bucking. Finally, charros compete in teams, with different members of the team specializing in different disciplines; American rodeo is much more individualistic, with a cowboy often limiting himself to one or sometimes two areas of specialization.

How did you organize your trip and shoot in Charreria? In other words, did you research and plan or did you just sort of show up?

I did a lot of research. Well, as much as I could… It’s a close, tight-knit community but not by any means an insular one. There is a bit of a language barrier, and a cultural barrier, and to be honest there’s also a bit of wariness at the appearance of a newcomer… But eventually I found some of the principals involved in charreria teams and leagues around Austin and San Antonio, called and wrote to them, and with their blessing, started going to charreadas in the area.

I don’t speak much Spanish, so I just generally milled about and tried to earn the acceptance and trust of the participants, relying on my contacts to make introductions and provide reassurances. Once that was done, I found that I basically had the freedom to go where and do what I wanted. 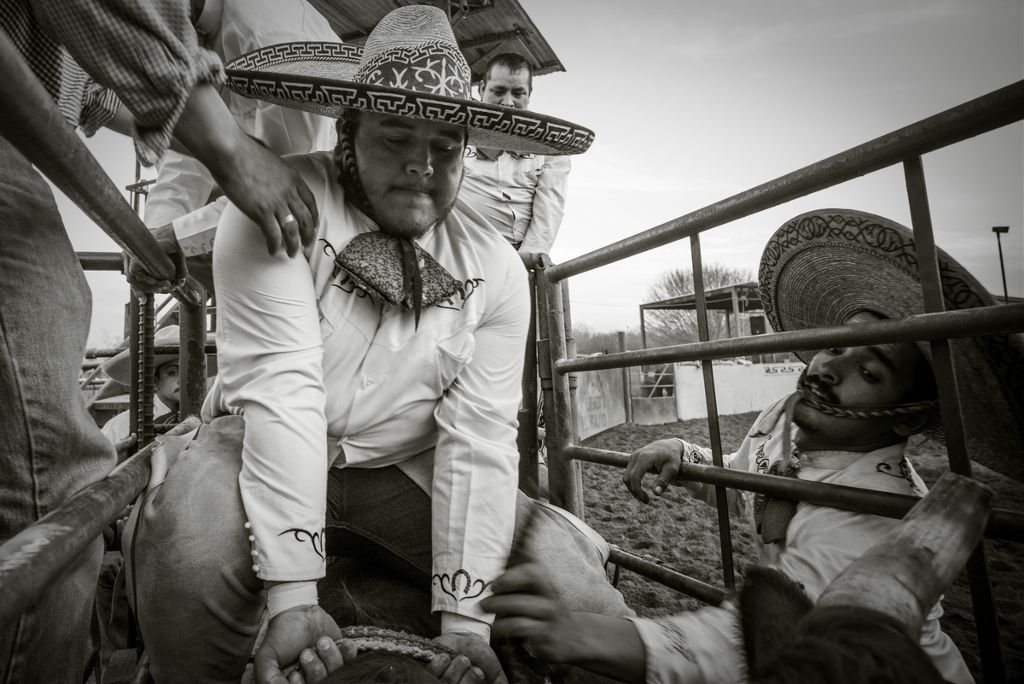 Why did you decide to shoot Charreria?

To be honest, I felt like I was falling into a rut… In 2013 I was invited to be one of three judges at the University of Missouri’s Pictures Of The Year International (POYi) competition, and one of the categories was “Sports Photographer of the Year.” A prerequisite for entry was a picture story, and to be kind I was utterly disappointed in the portfolios entered. Everyone who made the final cut had great action, but the “stories” that were entered were anything but… nothing that told a story. This led me to [ask myself], am I like that, too? Am I just a guy who can take really cool sports pictures? Can I push myself to be a visual storyteller, to do more within my chosen genre?”

About 3 or 4 years ago, I was flying home to Austin, and on the approach to one of the runways I saw out the window this odd, keyhole-shaped arena. Having shot many a rodeo in the past I knew this had something to do with livestock, and probably rodeo, but I had no idea what it was. Later that same year, I was on a corporate assignment photographing at the Texas State History Museum. There just happened to be an exhibit on charreria. When I read the description of the lienzo–the term for an arena–I realized exactly what that thing we’d flown over was. For a couple of years I had it in the back of my mind, then, that this might be interesting to photograph if I ever could come up with a reason to do it.

After judging POYi, I had my reason, I knew–or thought I knew–where I could find the people who did this, and got to work researching it.

How are the cultures of Rodeo and Charreria different?

Both rodeo and charreria reflect a culture of sorts, but charreria, with its emphasis on team participation and its reliance on traditional costume and occasional refusal to bend to external criticism, as well as its generational makeup (grandfathers often ride on the same team as their grandchildren), goes much further toward maintaining and preserving a cultural identity.

When I first saw how the traditions of charreria are passed down from one generation to the next. I marveled at the way young kids are accepted as members of a team, are encouraged to ride and can demonstrate, at such a youthful age, discipline, skills and abilities that many adults would love to have. 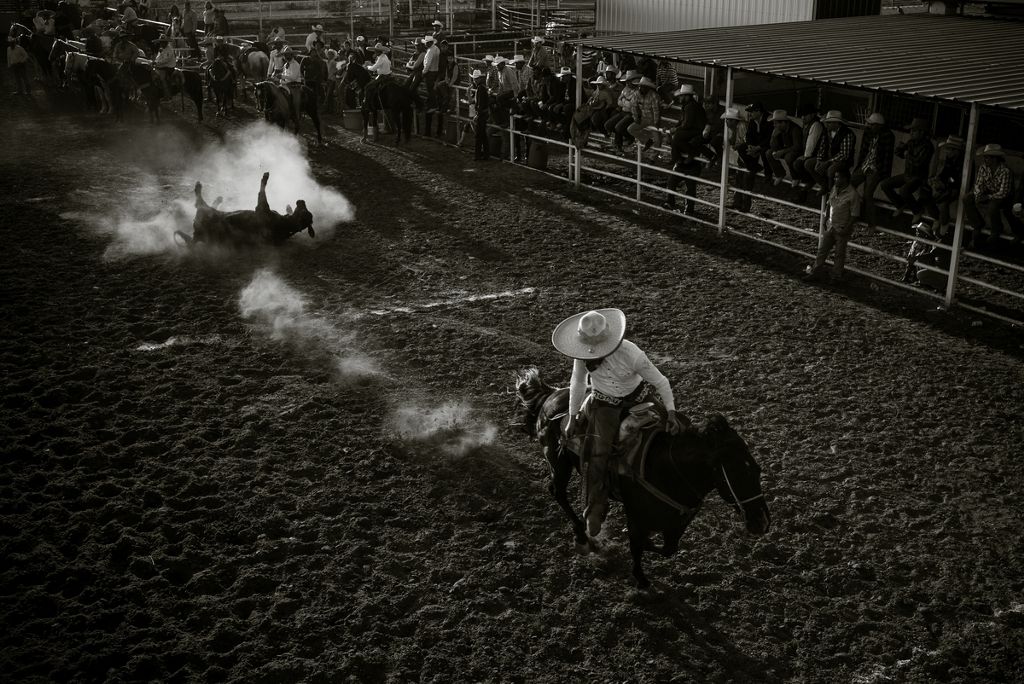 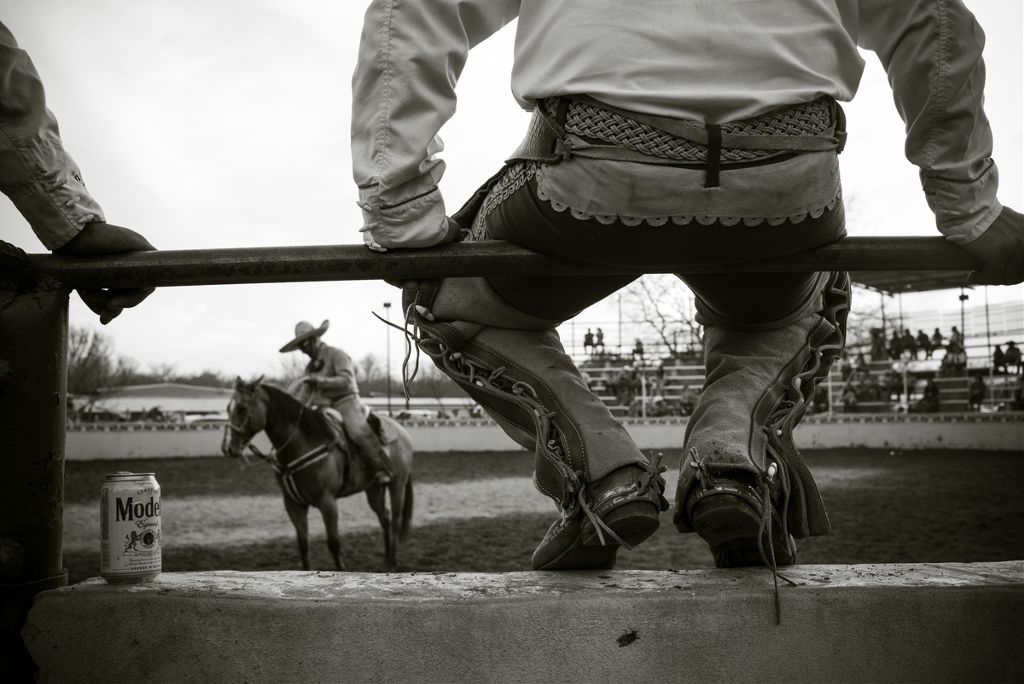 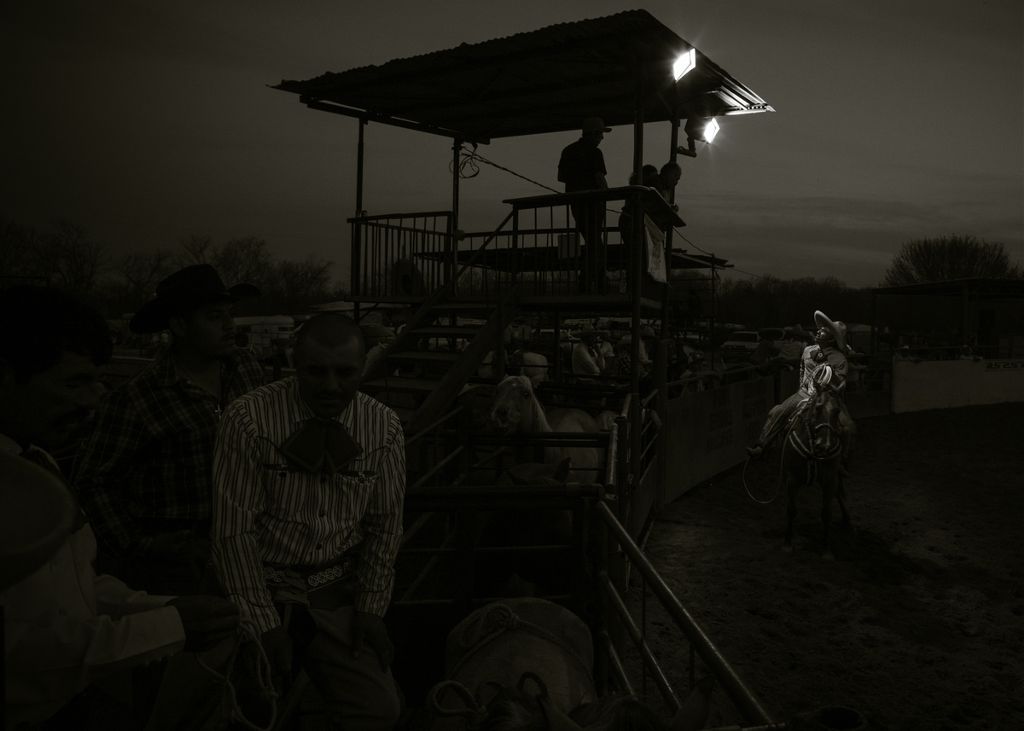 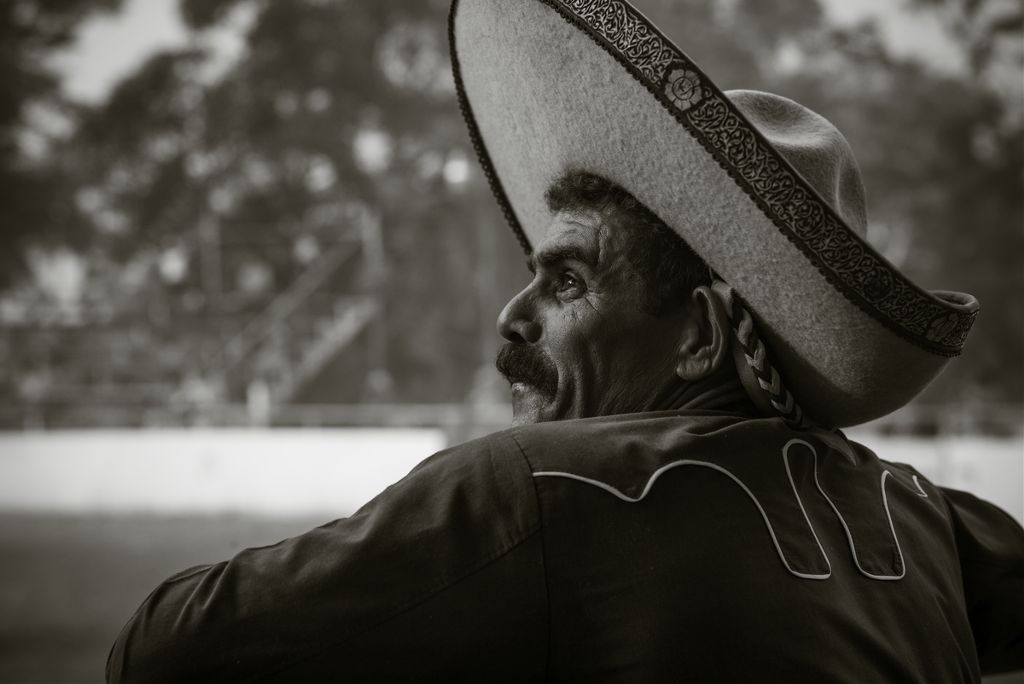 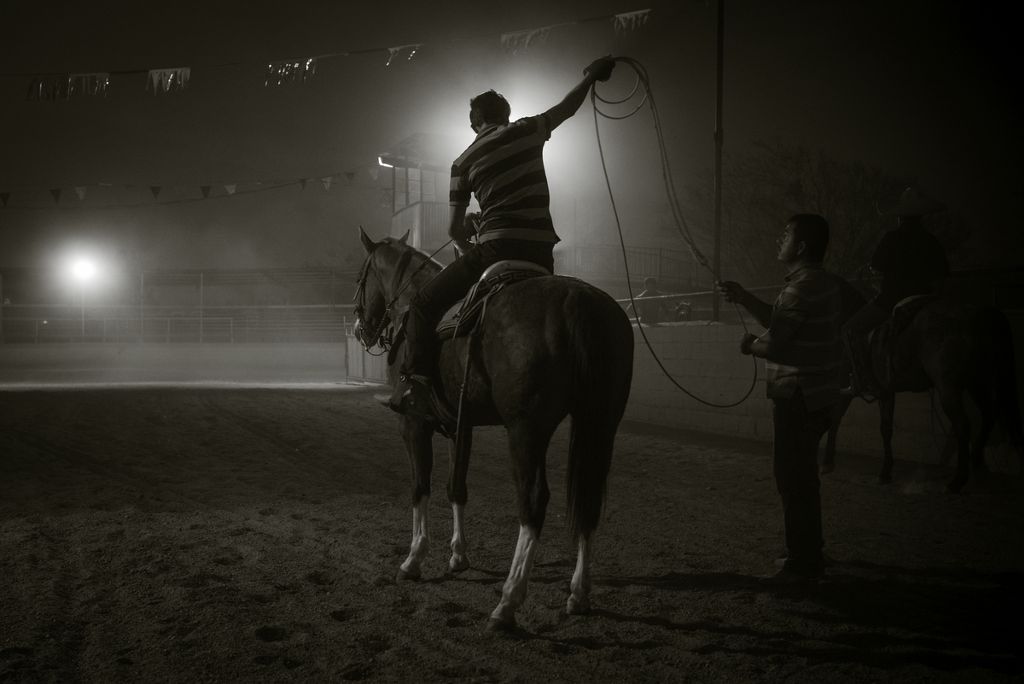 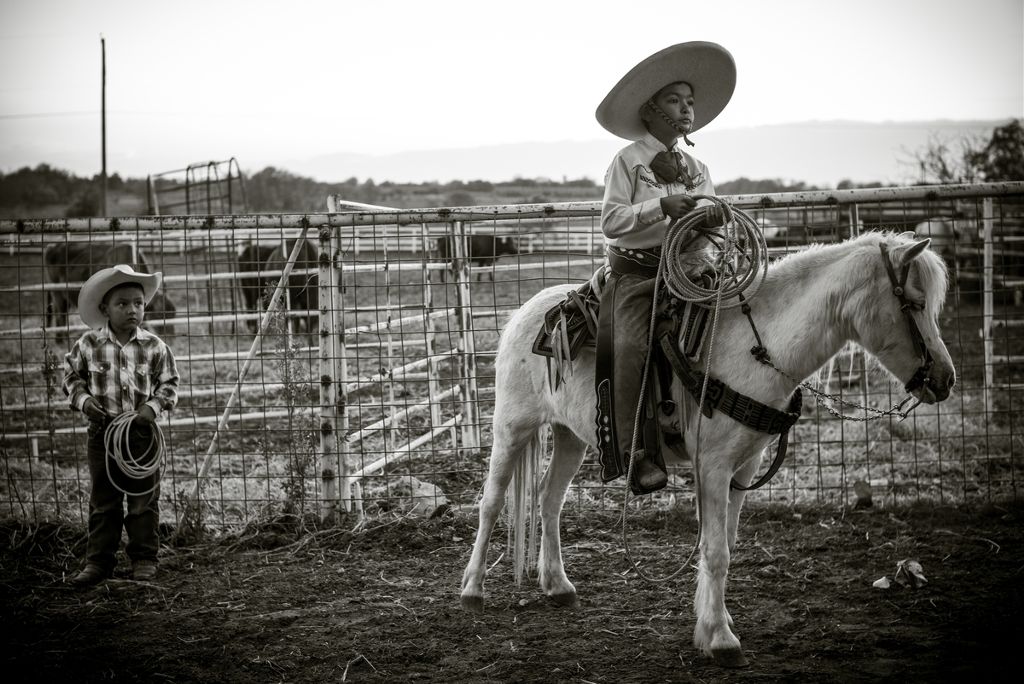 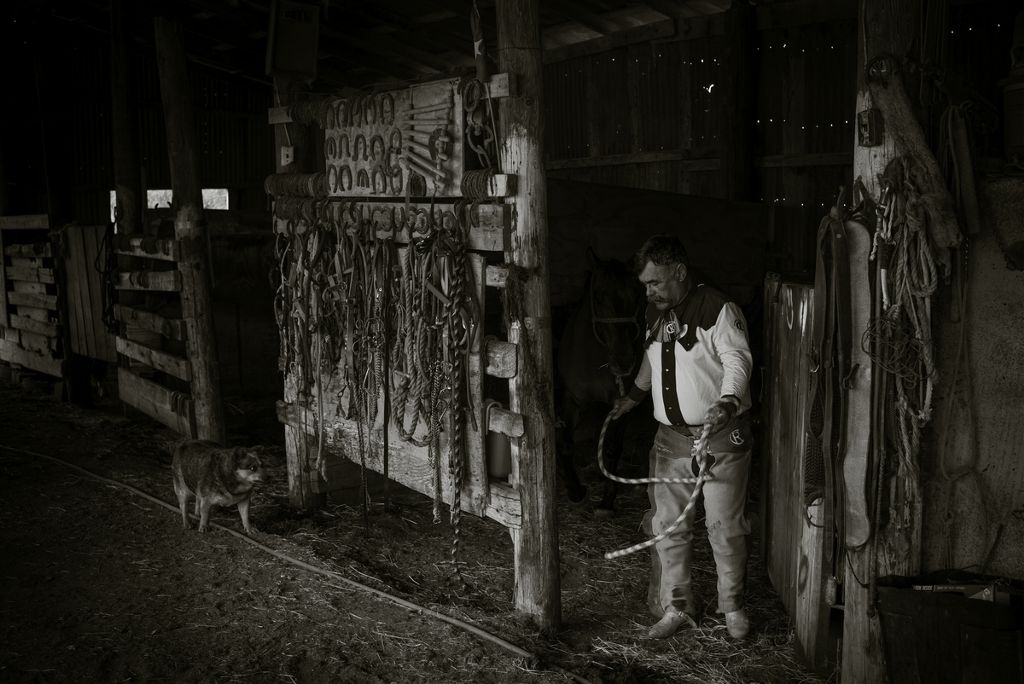 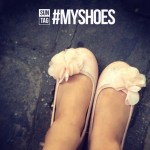 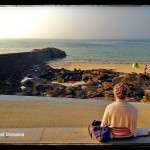