Photographers are often chomping at the bits to visit Paris, but I’ve been living here for three years and I still get overwhelmed when people ask me what to see. There is so much can’t-miss stuff to see that you can’t help but miss most of it, but you’ll do a lot better if you know where to look.

Because so many of you are coming here for the summer and fall, I thought I would reach out to the wandering photographers out there and help you crack the nut that is Paris. You know about the Louvre, the Eiffel Tower, and the Cathedral of Notre Dame, but I’m going to try and give you a bird’s-eye view of what comes after the obvious, so you can start to find your way around this city’s endless marvels. Let’s get started.

Having been a hilltop village for most of Paris’ history, Montmartre has a quiet countryside stillness that is breathtaking in the morning light before the tourists come out. Plaster houses, old-school cabarets and vine-covered stone walls wind their way up to an old town square and the pearly white Sacré Coeur Cathedral at the top. You can even find authentic windmills and Paris’ last wine vineyard on Montmartre’s historic slopes.

Walking up the cobblestones of Rue Mouffetard is the loveliest way to introduce your camera to the food markets and specialty shops of Paris, from fishmongers to top-shelf cheeses and rows of pastries. The history of Rue Mouffetard goes back 2,000 years, and has inspired writers from Victor Hugo to Ernest Hemingway, who made his home here in the 20s. Climbing up the hill, you’ll pass a medieval church, a circular town square and eventually reach the Panthéon at the top.

At the edge of the Latin Quarter, the Luxembourg Gardens offer many pleasures for photographers along their footpaths and flower beds. Students study beneath the trees, children circle a merry-go-round, and neighbors sunbathe around the edges of the grand octagonal basin at the center. The gardens also house the famous Medici Fountain and Luxembourg Palace, where the French Senate now meets.

Catching Up with the Young Artists: Belleville

Get Cozy in a Vintage Bookshop: The Latin Quarter

Paris has managed to preserve its bookshops better than almost any other major city, and the Latin Quarter, home to some of the oldest universities in the world, has the best in the city. Rue Des Ecoles is packed with musty, old Parisian bookshops, but arguably the most beautiful one in the neighborhood is Shakespeare & Co., an English-language bookshop on the riverfront.

This canal running north of the Seine on the eastern side becomes magical at night the moment that the weather is warm. A sea of multicultural locals, travelers and students splay along its stone banks with picnic blankets, guitars and bottles of wine. The cafés and bars spill out onto the water’s edge, imbuing the air with a bohemian summer festival spirit.

Best Neighborhood to Get Lost In: The Marais

The Marais is the perfect blend of everything that is great about Paris. Medieval aristocratic architecture, historic Jewish and LGBT communities, art galleries, street performers, museums and some of the city’s trendiest food, cafés and boutiques make this a maze of endless surprises. The gorgeous food mecca of the Rue des Rosiers intersects another must-see street, Rue Vieille du Temple, which cuts through the old stomping grounds of the Knights Templar.

The Best View From Above: Montparnasse Tower

The Eiffel Tower and the top of Montmartre have exceptional views, but they don’t have great views of each other and you obviously can’t photograph the thing you are standing on. The Tower of Montparnasse is considered an eyesore, so you won’t regret not having it in your skyline, and the views are hard to argue with. It rises from the south of Paris, giving you a clear view to the Eiffel Tower in the west, Montmartre to the north and everything in between.

Have you visited Paris? Share your favorite photos from the City of Light on PicsArt photo editor with the hashtag #Paris. 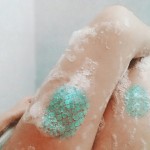 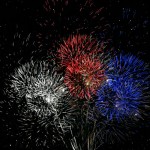