When Swedish photographer Christian Åslund was commissioned by the sneaker company Jim Rickey to do an ad campaign, he had a novel idea. Instead of hunkering down in a studio with sneaker models, he grabbed a small crew and set off to climb skyscrapers in Hong Kong. His idea was to shoot the streets from above and turn the city into an enormous video game by having his models lay on the ground, pretending to dangle off of curbs and climb crosswalks like ladders.

Because it is Video Game Day and, more importantly, because this project was an awesome stroke of genius, we’re revisiting our conversation with Christian. Find out how he pulled this whole thing off below.

What was the Jim Rickey campaign about?

The mission of the campaign was to do a tribute to classic 2-D platformer video games, old-school side-scrolling games like Donkey Kong, and let a person navigate the streets. By shooting from as high above as possible, using a tele lens to make the images more flat, it was possible to create the feeling of the model being the player’s alter ego — the character — and the actual image would be the player’s perspective.

Where did you get the idea to do this project?

I got the idea for the Honkey Kong project when I was in Hong Kong visiting a friend, who had access to a skyscraper rooftop in Hong Kong. I’m based in Stockholm, Sweden, which is a fairly small city for being a capital, without any major tall rising buildings like they have in the States, China and other crowded cities. Being amazed by the view from up there and seeing daily life from a bird’s perspective, I got the idea for the project. A while later I was commissioned by the shoe brand Jim Rickey to shoot an advertising campaign and managed to sell the idea to them.

A couple of weeks [after we got the gig] we went back to Hong Kong with a very small production team of three people, me as photographer and creative director, a production manager and an assistant. Instead of bringing professional models with us, we knew it was more about the feeling of the images and that too big of a crew would slow us down. Therefore we decided to shoot it within the team, using ourselves as models, and also found some additional people on the ground that we could use.

What was the biggest challenge you faced for this project?

The most difficult was to get access to the different rooftops and to be able to scout as many locations as possible. The language was also an issue so we needed local fixers who spoke Cantonese. We contacted a local film school and got hold of two students that we hired as fixers. The production schedule was very tight so we only had two days of scouting and doing test shots, then two days of shooting the series of 10 images.

We used walkie-talkies to communicate with the people on the ground, fine-tuning them in the right perspective and also having an overview of incoming traffic since we were actually in the middle of high-traffic streets and did not have the time or budget to close it off.

Why do you think this campaign worked out so well?

I believe the Honkey Kong campaign series worked since it’s a bit of a weird and twisted perspective of an ordinary view. We have all been up on a higher point looking down, but perhaps have not thought of it in that way. 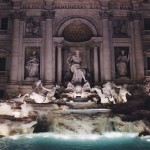 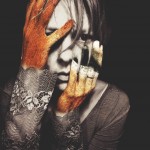