The Top Spots to Photograph in Washington DC

The volume of tourists that swarm Washington DC is comparable to Europe’s most popular sites. The grandeur of each monument along with the city’s rich history make it a world class destination. To fully maximize the photographic opportunities and avoid gridlock, I plan my shoots around dawn and dusk. Not only is the light fantastic, but the crowds thin out considerably. The tranquility allows for more thoughtful compositions rather than rushed snapshots. 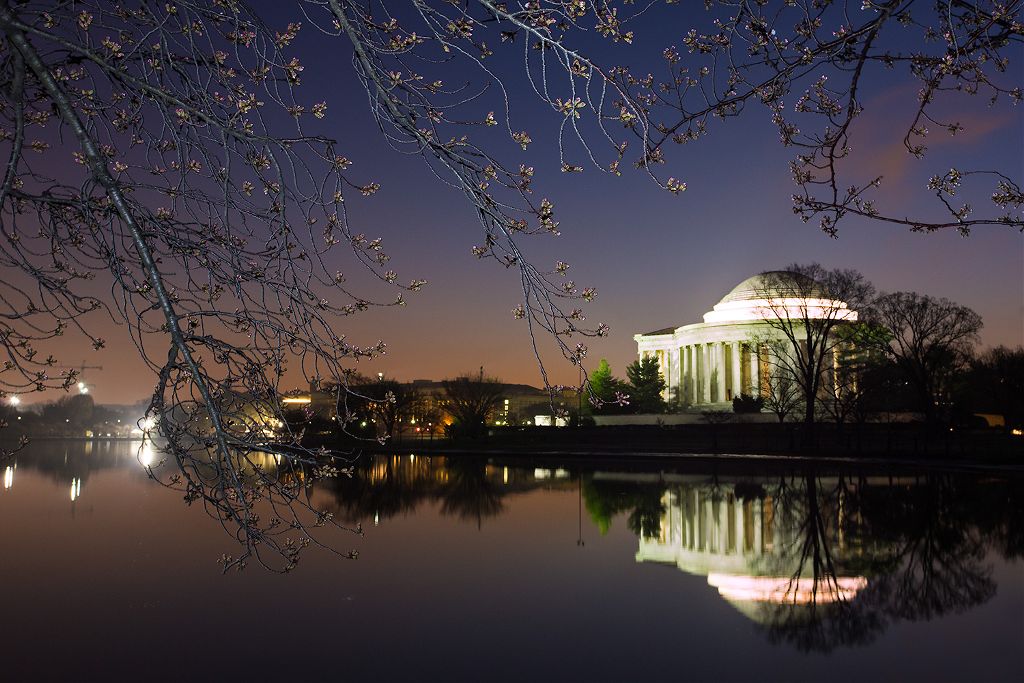 Perhaps there’s no better place to start the day than at the Tidal Basin. This scenic reservoir thrills visitors each Spring with a brilliant display of Cherry Blossoms. The flowers can be incorporated into any number of creative compositions. For a classic interpretation, one can use the branches to frame the Jefferson Memorial and the Washington Monument. To further accentuate the delicate blooms, a flash is helpful. In a pinch, you could even use a flashlight to “paint in” a similar effect. 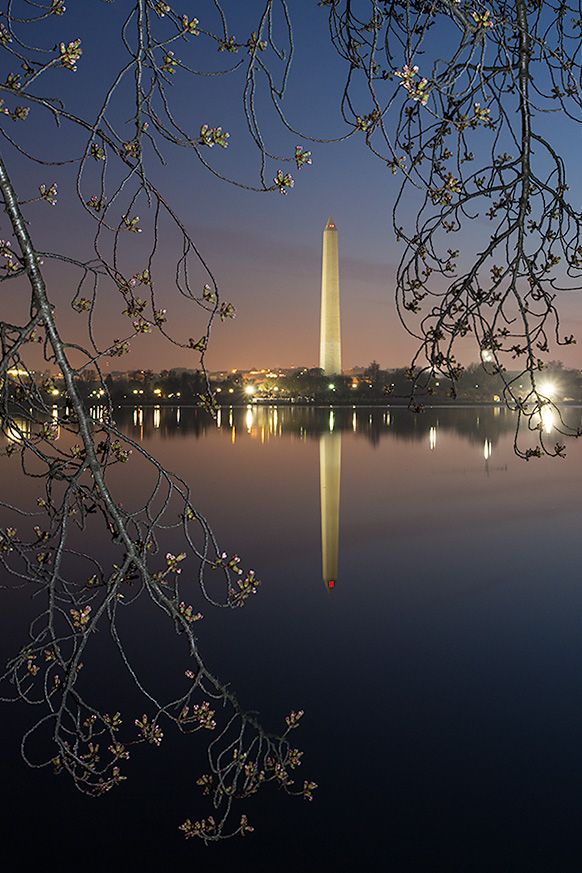 The artificial lights on the monuments quickly fade as the sun rises. While the structures no longer appear to glow, it’s still a prime time to make great photos. Using a small aperture of f22, I created this sunburst as it scattered over the horizon. This effect is further enhanced when the sun is at least partially obstructed. To determine the exact place and time of the sunrise, I recommend the very slick app, “The Photographer’s Ephemeris”.

Once the spectacular morning light vanishes, I turn my attention to capturing the nearly endless details of the surrounding sights. The FDR Memorial for example features subjects that protrude from a sheer wall. Rather than photographing this straight on, I used a wide aperture to create something more unique. At f2.8, the background is thrown completely out of focus. This brings sole attention to the face.

Of course no visit to the Nation’s capital would be complete without pausing at the Vietnam Veteran’s Memorial. The names of 58,272 fallen and missing soldiers are etched into the reflective stone. Attempting to capture the sheer magnitude of this scene in a single frame is quite challenging. Rather than using a wide angle lens to show more, I opted for a telephoto lens to isolate a lone red rose. It’s a solemn, but touching reminder of this tragic war.

Many of the top sites in Washington DC are situated in close proximity to each other. As I approached the Korean Memorial, my attention was immediately drawn to magnificently crafted sculptures of marching soldiers. Onlookers seem dwarfed by the figure’s imposing size. In the distance, the Washington Monument loomed larger yet. This proved an ideal background for a tighter composition of a single soldier. A 70-200mm lens was ideal to eliminate any distractions, and create an implied connection between the two. 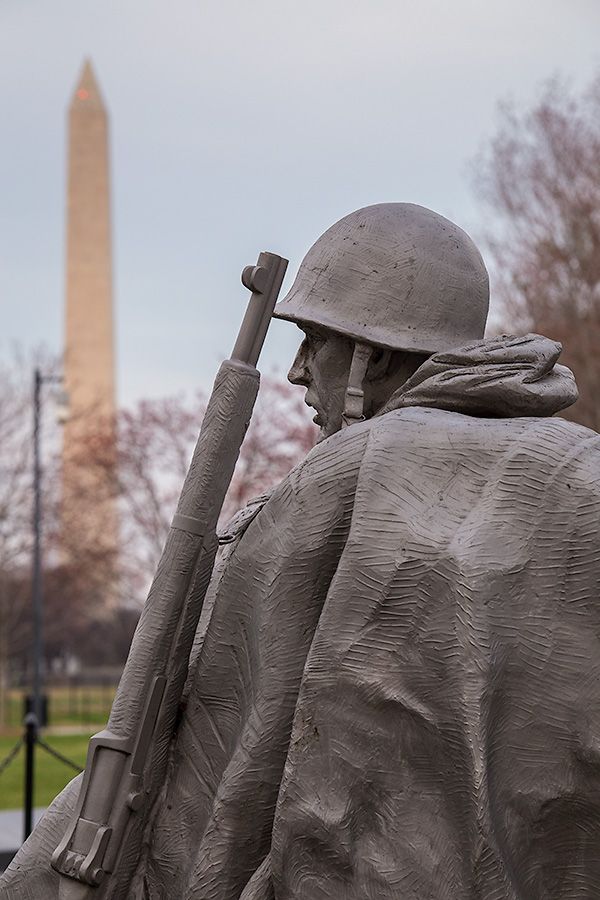 With the sun just 30 minutes from setting, there were just three sites left on my shot list. Starting with the beautifully constructed World War II Memorial, I was particularly interested by the fountain’s height, and how it reached over the horizon and into the colorful sky. A zoom lens was used to fill the frame with the picturesque scene. Meanwhile, a fast shutter speed worked to freeze the motion of the water. The light was fading and it was necessary to keep moving toward the famous reflecting pool.

I call it my “chasing the light dance”. This is the moment when the fiery tones of sunset are gracing my subject, but I’m not yet in position to capture it. The only solution is to throw caution to the wind and run with your gear. Wait too long, and the opportunity is gone forever. On a clear night, it’s possible to photograph both the Washington Monument and Capitol Building bathed in this splendid light. A long lens between 100-200mm is necessary since the structures are actually quite a distance away. Zoom lenses are prone to camera shake so a tripod, or other camera support is helpful. 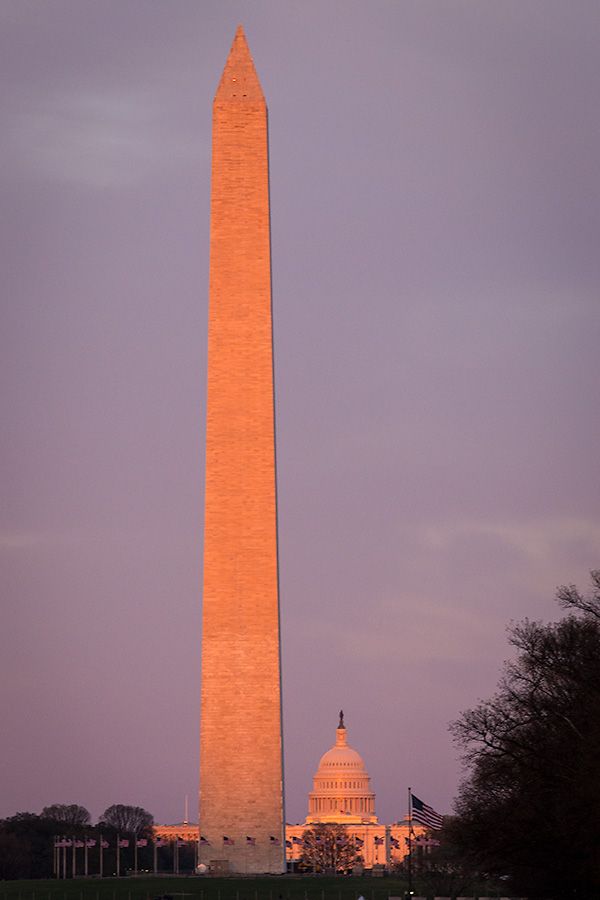 After the sun sets, many tourists mistakenly assume the show is over. At the Lincoln Memorial, it’s actually just beginning. With each passing minute, the dusky sky grows richer with deep vibrant tones. Gradually, the surrounding spotlights illuminate the inspiring structure, glowing warmly beneath the dramatic sky. To best capture the scene, I recommend a long shutter speed of 1.5 seconds, an aperture of f16, and a wide angle lens. 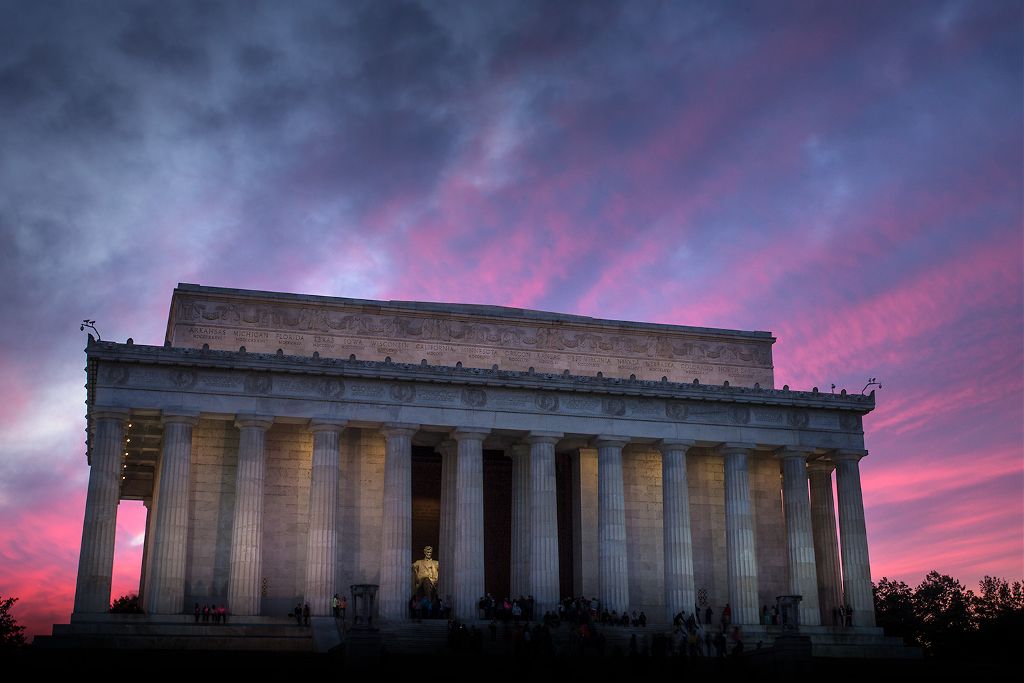 You’ll notice the White House isn’t on my list of top sites. That’s because of all the things to photograph in DC, this is perhaps the least photogenic. For security purposes, it’s heavily guarded and surrounded by heavy fencing. Despite this, it’s a popular place to stop for a quick self portrait. I added the text using the PicsArt app.

We’re Bringing Graduation 2020 to You!