Sometimes photographers do crazy things for a photo. From the first moment I laid eyes on the spooky Gothic clock tower, I knew I was in for a scare. While prepared photographically, I have little experience with abandoned places known for paranormal activity. 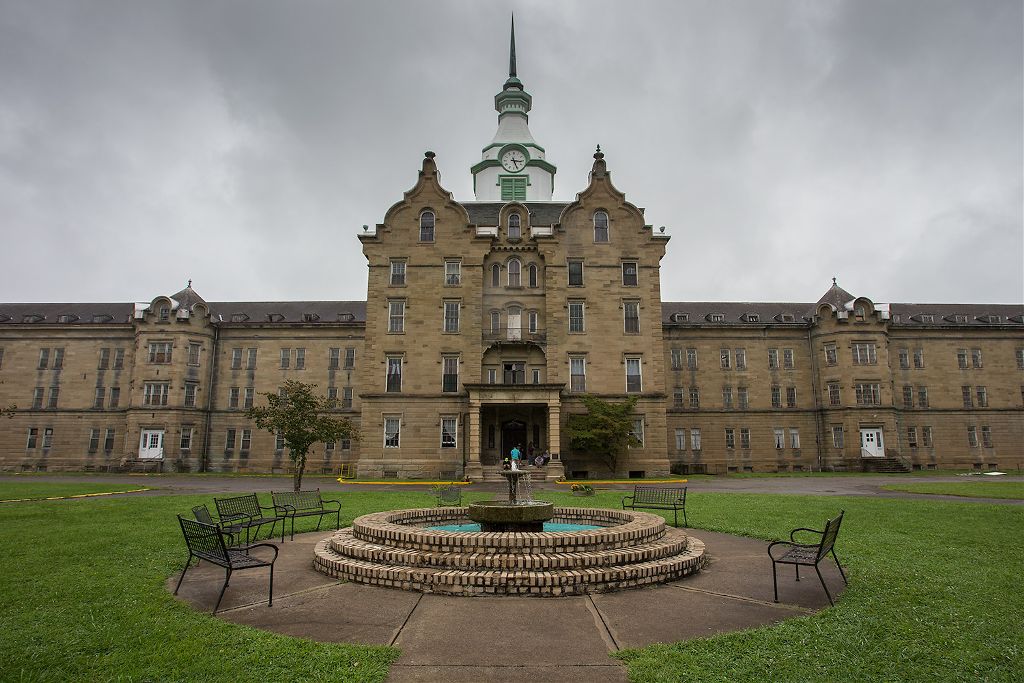 The thick wooden doors creaked open to reveal a woman dressed in vintage nursing garb. And just like that, we were being admitted to the Trans-Allegheny Lunatic Asylum. 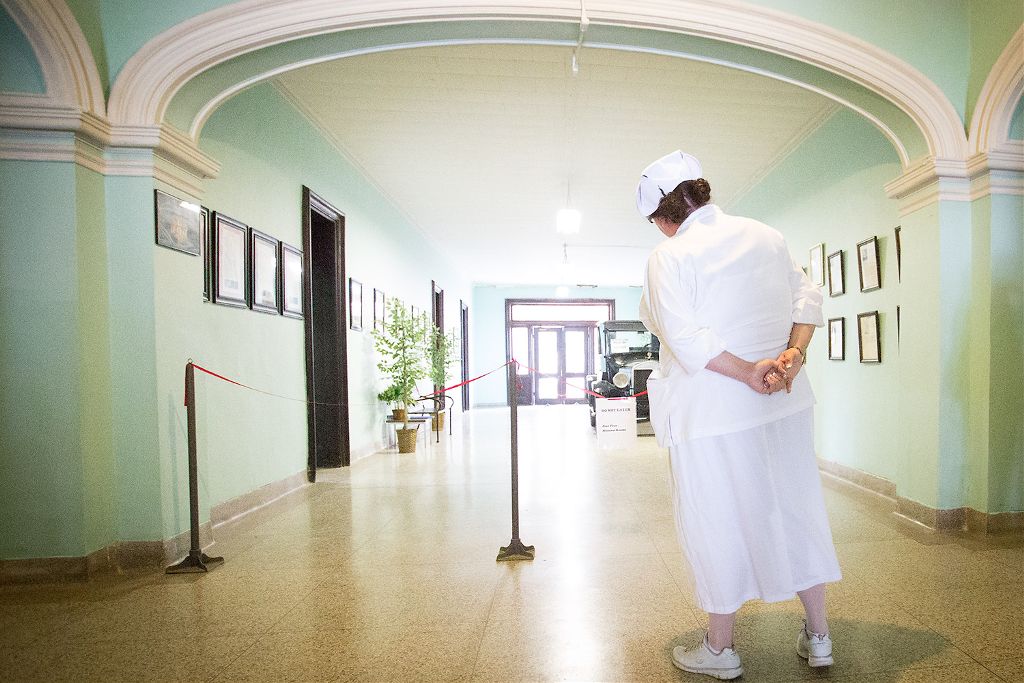 The facility first opened in 1864 with reasons for admission including: asthma, desertion by husband, gastritis, laziness, religious enthusiasm, and women trouble. See all the conditions here: http://bit.ly/1p1MSV1 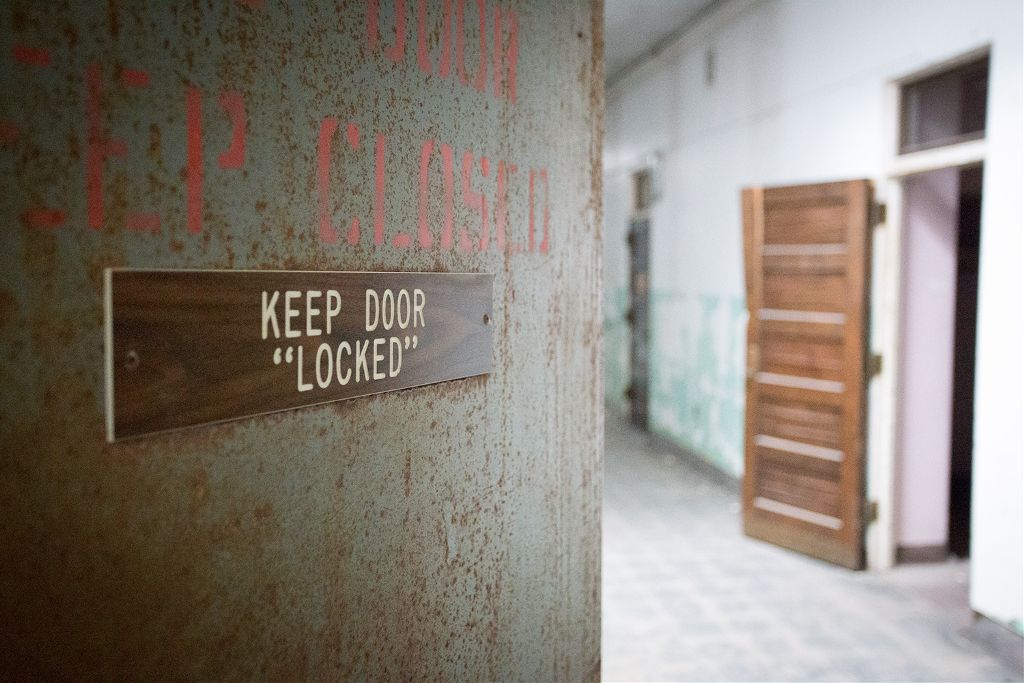 With advances in medicine, the list was narrowed dramatically. Amazingly, the asylum remained open until 1994, often filled beyond capacity. The realization that people were here during my lifetime sent chills down the length of my spine. 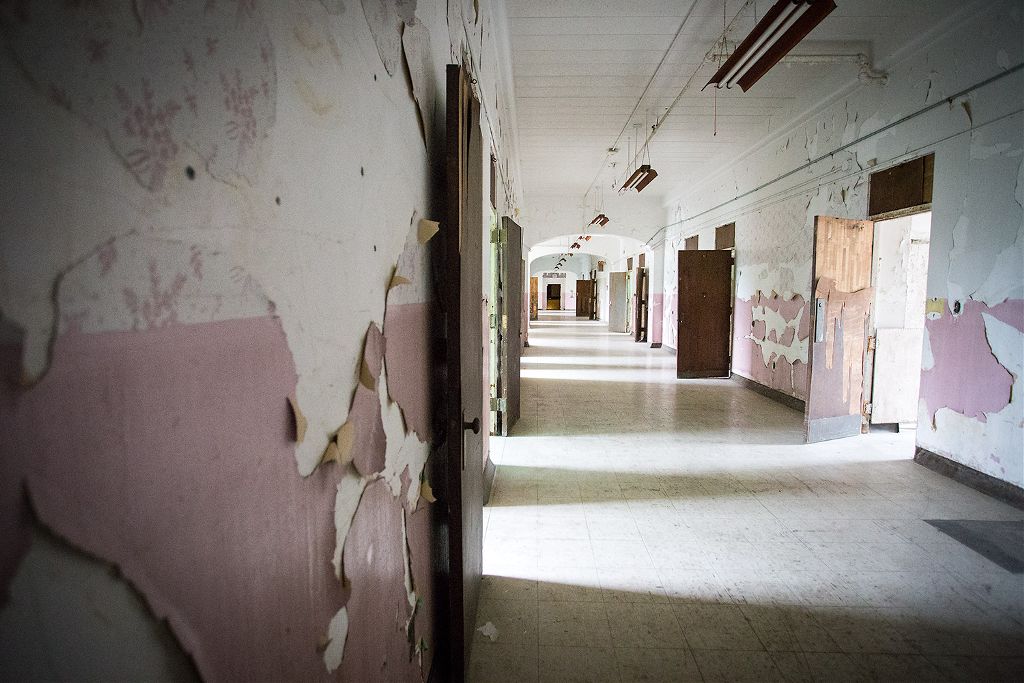 Hallways once painted in bright cheerful colors have peeled to reveal the confining walls beneath. On Ward F where the most deviant patients were housed, I slipped into a room and found a cot which still remained. 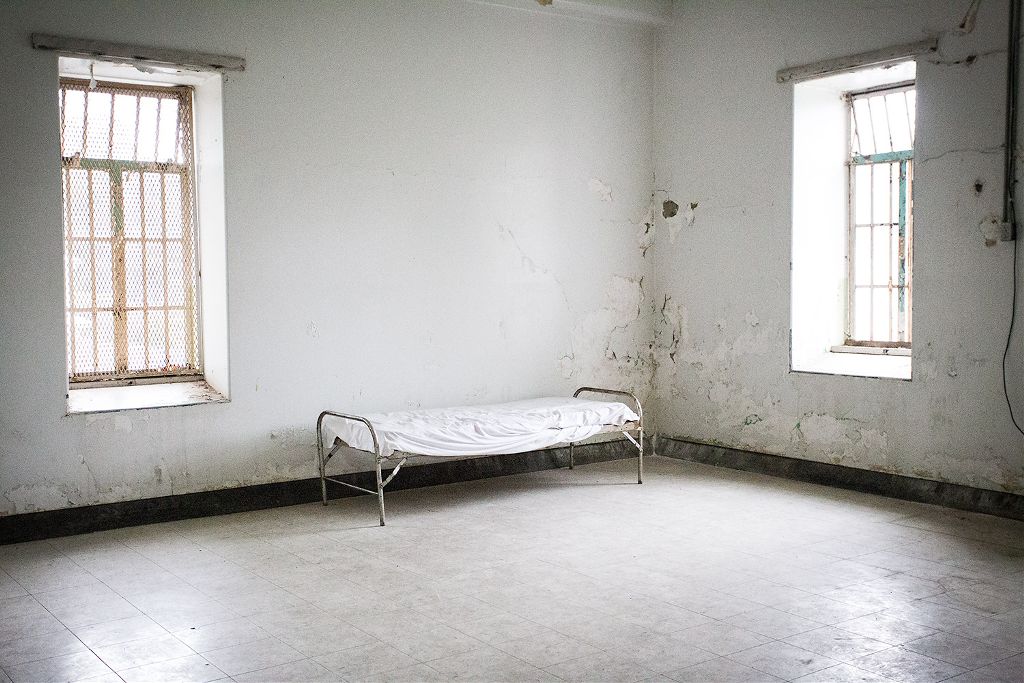 The guide’s voice grew fainter as the group moved on. For a moment, I felt the reality of what it was like to call this place home. I was alone in a room that once belonged to someone. The word HELP was written on a dust covered pane of double glass. I took this photo and quickly left to rejoin the others. The possibility of being left behind was not something I wanted to entertain. 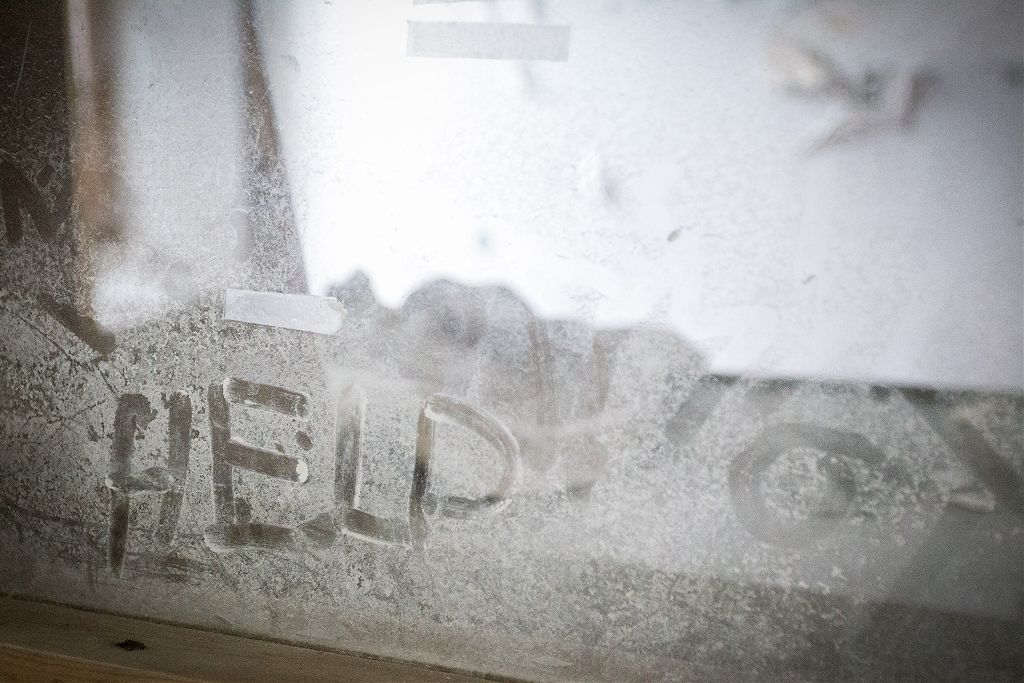 As if all of this wasn’t spooky enough, there was a collection of empty wheelchairs left behind. With only window light to work with, I found myself at ISO 12,800 for most of the tour. Along with a shutter of 1/125 and an aperture of f4, I was able to achieve proper exposures in even the darkest corners of the Asylum. 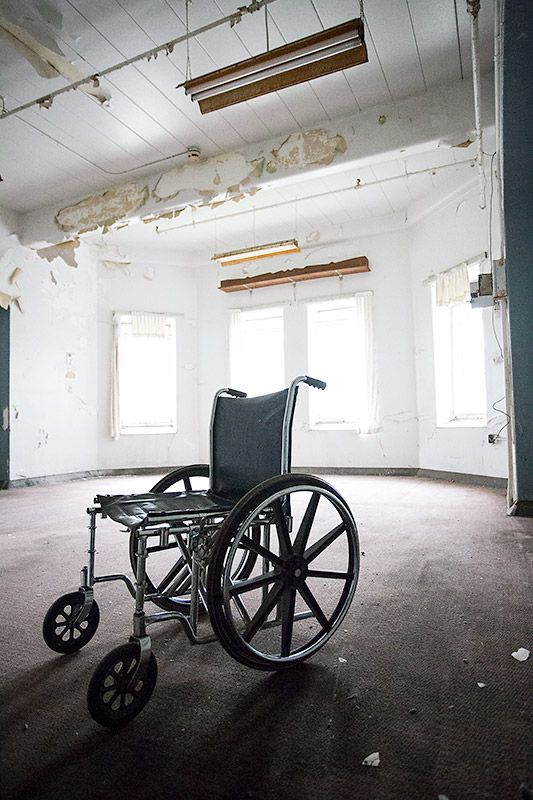 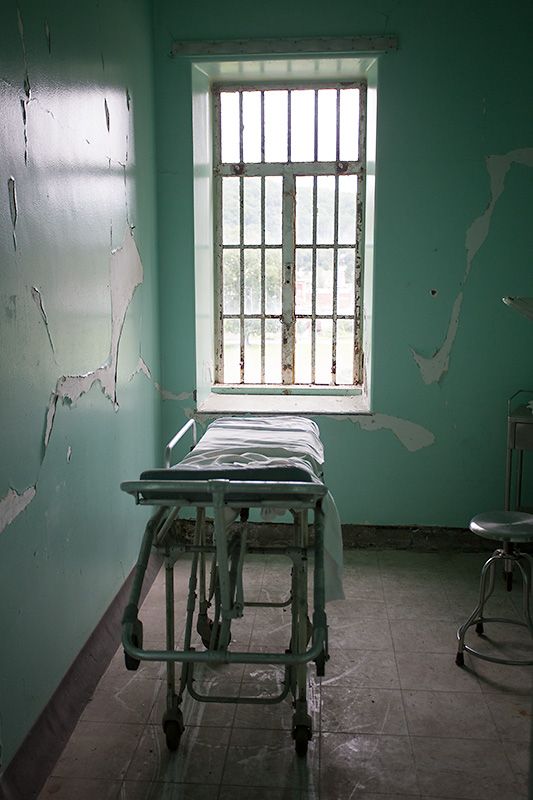 In the Nurses quarters, I found a sign of the medical procedures performed here. While this way meant to be a place to help people, these details tell a much different story. 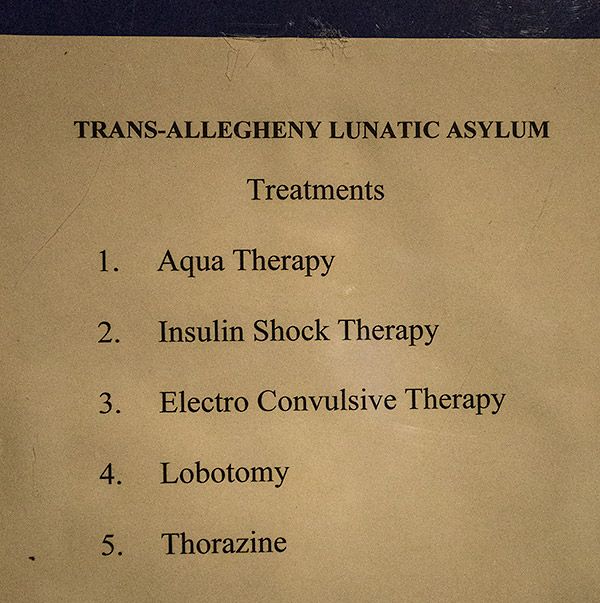 Each floor held a heavy odor that I can best characterize as a mixture of perfumed hospital soap and earthy mildew. While it’s difficult to capture a smell in a photograph, it did permeate my clothing for a most unwelcome souvenir. 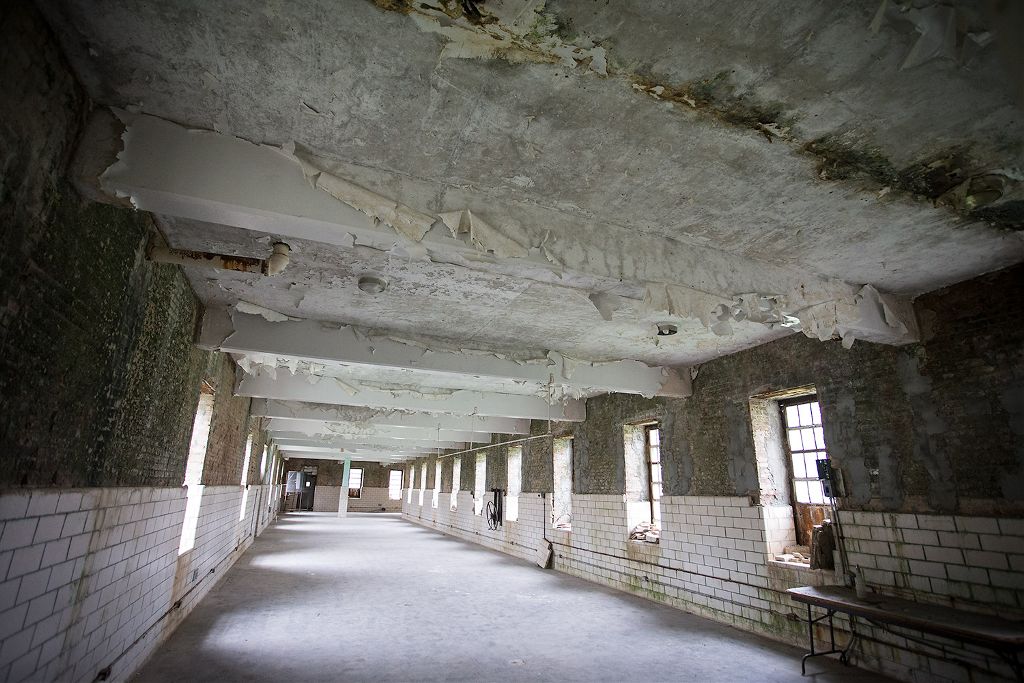 Upon reaching the final floor, we looked at the Patient’s Art Gallery. These impressive creations were all made by those who were admitted here. 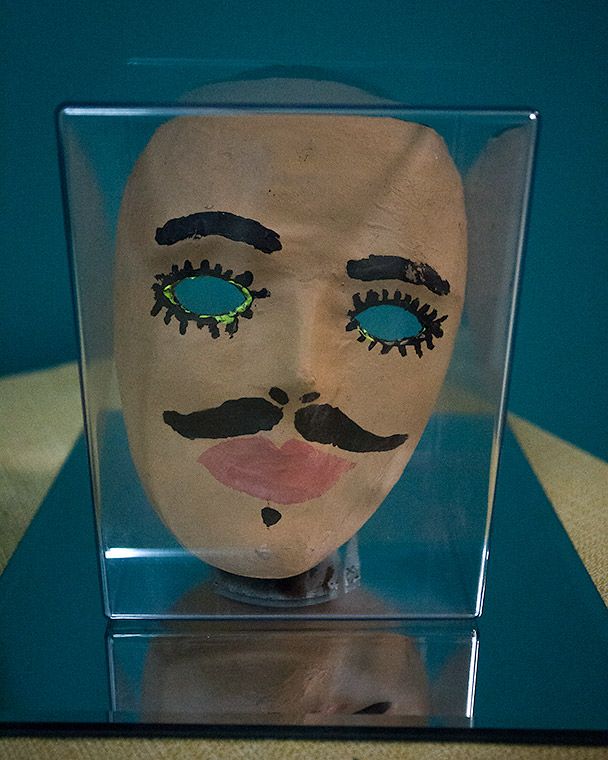 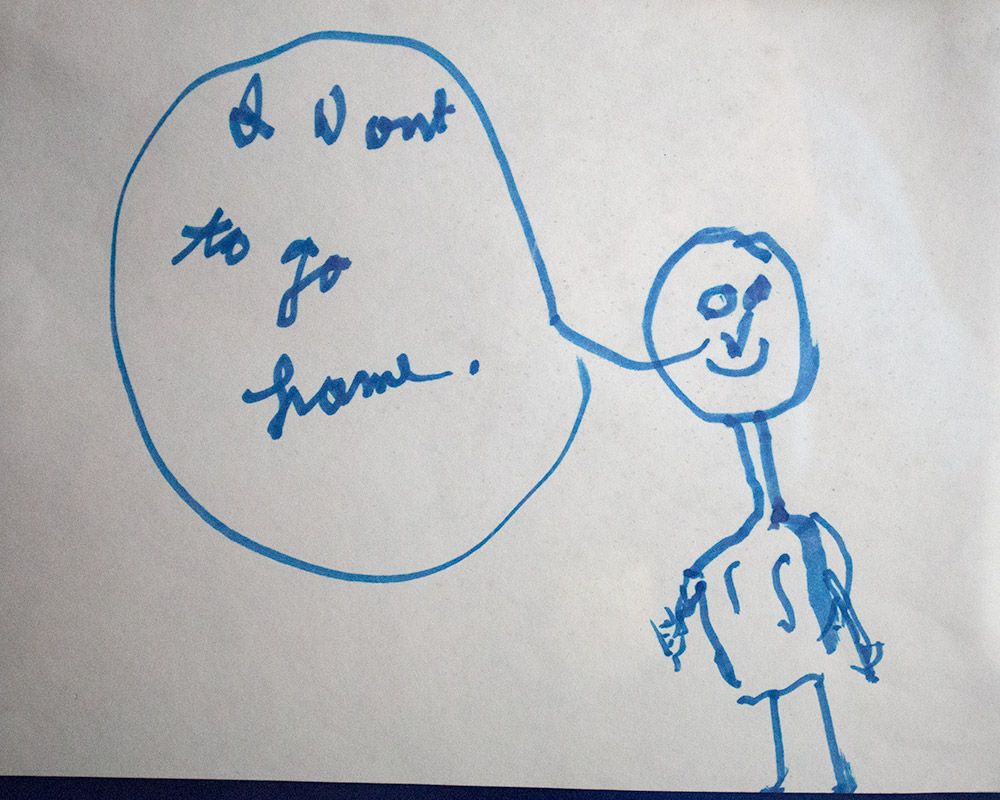 This exhibit area also held original documents, and other unique artifacts from the Asylum’s history. I found a typed letter on official letterhead and made a closeup study of it. 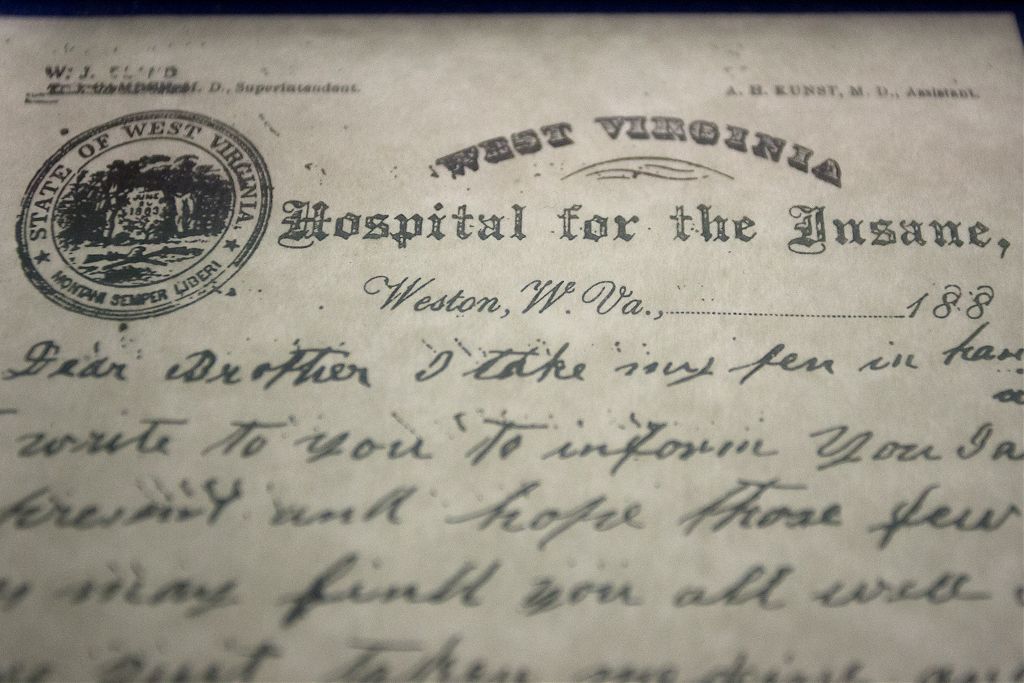 Upon stepping outside into the bright natural light, I felt an overwhelming and immediate sense of relief. Unfortunately, some patients never got to experience this freedom. I looked back one last time at the barred windows and expansive structure. The Gothic architecture is beautiful, but outwardly appearances can often be deceiving. 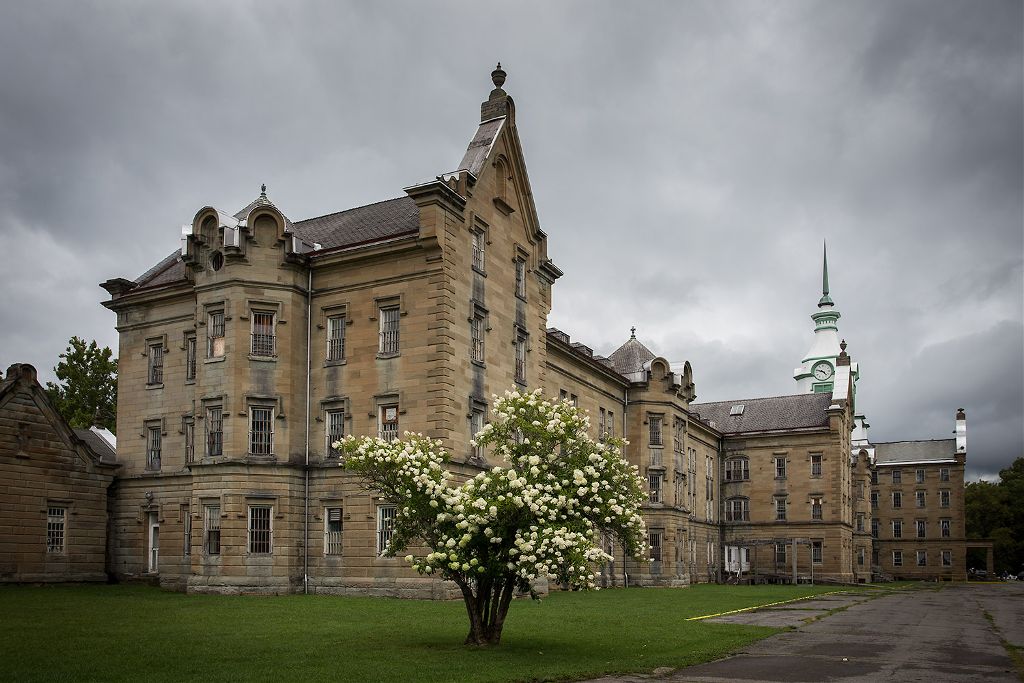 There have been many reports of paranormal activity here, and considering how many people passed away on these grounds, I’m not surprised. Considering this, I thought it best not to linger, and pulled out of the parking lot in a hurry. It was without a doubt, one of the most most chilling locations I’ve photographed. 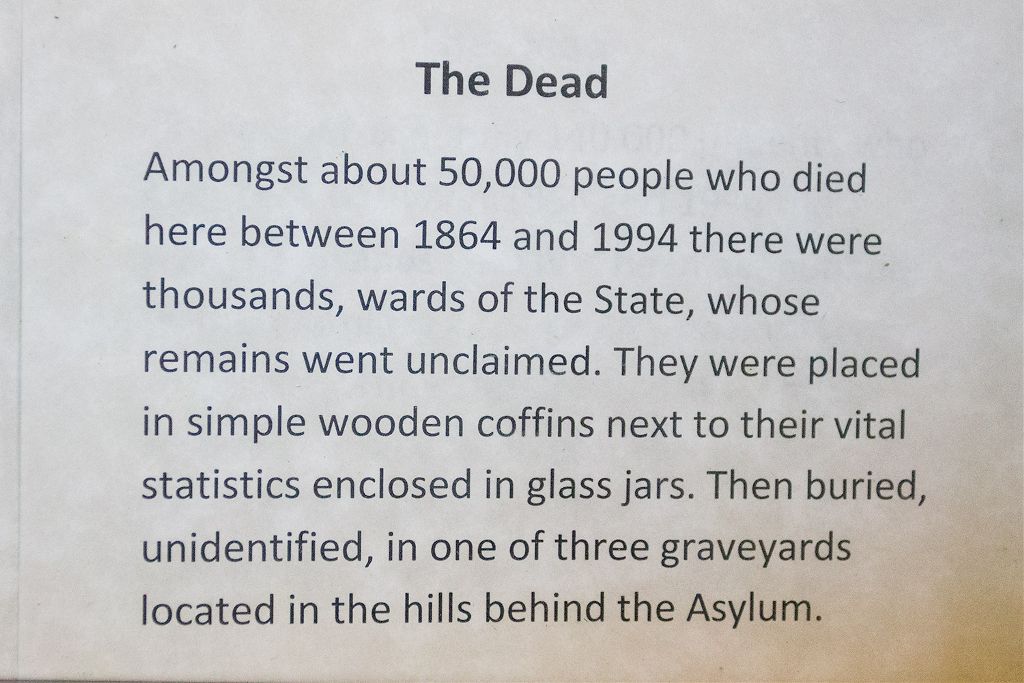 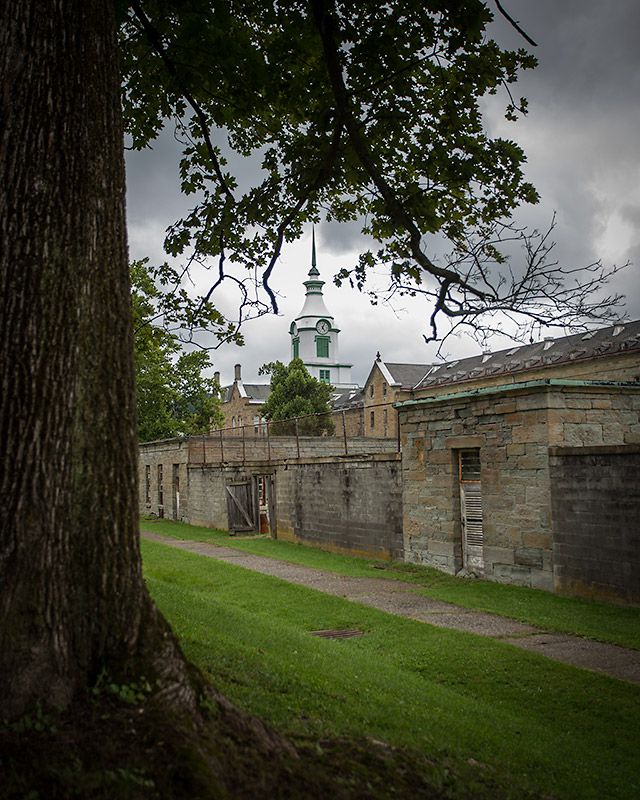 For more images from the facility, check out this video slideshow which also includes shots from the Medical Center. To learn more about the Trans-Allegheny Lunatic Asylum, visit online: http://trans-alleghenylunaticasylum.com

October Issue of PicsArt Monthly: The Perfect Way to Spend a Few Hours

10 Winning Dreamlands from Our Drawing Challenge