ISO is usually defined as the “sensitivity” of the camera’s sensor. This idea is carried over from the days of film, when it was a measure of how photosensitive the film’s chemicals were – that is, how quickly they darkened under light. In these days of digital sensors, though, photo images work a little differently, but the final effect is essentially the same.

When the camera makes an exposure, each pixel assigns a value to the level of light intensity it received, between 0 (black) and 255 (white); all these pixels combine to make your multi-tonal image. The sensor itself is only as sensitive as your lowest ISO setting – usually ISO 100. When you turn your digital ISO up one stop, the camera’s computer simply doubles the pixel values that are assigned.

Of course, the main effect of ISO is to make the picture lighter. Sometimes it seems like half of a photographer’s life is spent trying to get more light when there is not enough, and ISO is an important way to do it. Raising the ISO allows you to to get better exposures under low light, without altering the content by changing the aperture or shutter speed, which have more creative applications; the ISO mainly affects the overall image quality. 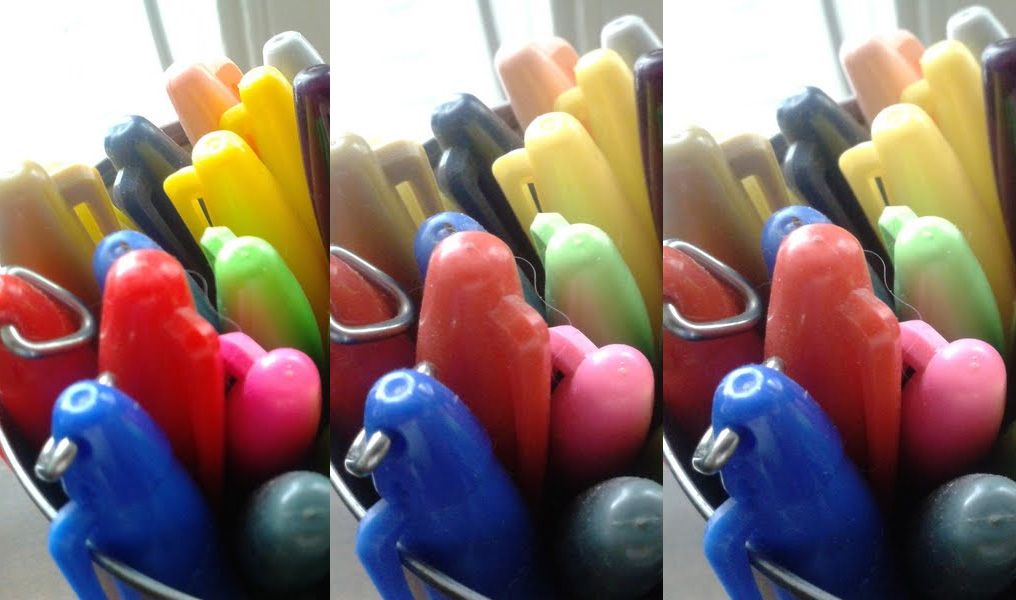 Every factor comes with a trade-off. As you multiply the light information, the sharpness tends to degrade as noise pops up between the pixels. This effect is more pronounced at high megapixel counts, since there are more dots for the noise to emerge between; however, modern technology has improved high-ISO performance significantly in recent years. Every camera will render noise differently, but the image quality will always suffer to some extent as the ISO climbs higher. The image below compares exposures at 100, 400, and 1600 ISO.

Film has a similar artifact – as the chemicals get more sensitive to light, they begin to get grainy, producing a granulated or speckled texture.

Now that you understand what it is and what it’s for, you just need to know how to set the ISO! The option is available on almost every digital camera, as well as on most smart phone cameras. On a high-end camera there might be a dedicated ISO button; otherwise it will be in your settings. On the PicsArt camera, it is in the menu indicated by three squares in a line.

When you’re taking a photograph, use the lowest ISO you can get away with for the best image quality. If it’s a cloudless, sunny day, you should be using 100 or 200 ISO. In the shade, in the evening, or in grey weather, 400 is about right. You’ll need 800 or 1600 in darker conditions only, such as indoors or at night.

Some cameras won’t let you change the ISO if you’re in Auto mode. If your ISO option is greyed out or unavailable, try setting your camera to Program (“P”) mode, or to a partially-manual mode such as Aperture-priority (“A” or “Av”), Shutter-priority (“S” or “Tv”), or fully-Manual (“M”).