What Is Juneteenth? Its History, Colors, and Design Ideas to Celebrate

Although Juneteenth has long been celebrated by many in the African American community in the US, this holiday remains largely unknown to most Americans. Also known as Jubilee Day, Freedom Day, or Emancipation Day, Juneteenth is a day celebrating the emancipation of the slaves in the United States. It’s a poignant opportunity for reflection, pausing to acknowledge the history of slavery in the US.

The celebration of Juneteenth has its roots in the US Civil War, a divisive conflict between the Northern (Union Army) and Southern (Confederate Army) states in the US. In January 1863, before the war officially ended, President Abraham Lincoln issued the Emancipation Proclamation, freeing the slaves in Confederate states. However, it wasn’t until two and half years later, on June 19, 1865, that the African American slaves in Galveston, Texas were set free.

On this historic date, two months after the Confederate army had surrendered, the Union Army rode into Galveston Bay, Texas, a Southern slavery stronghold, and proclaimed freedom from slavery in the state. There, the Union soldiers announced that the war had ended and set about the long process of freeing the one-quarter million formerly enslaved African-Americans throughout Texas. Slavery was officially abolished in the United States in December 1865 with the 13th Amendment to the Constitution. 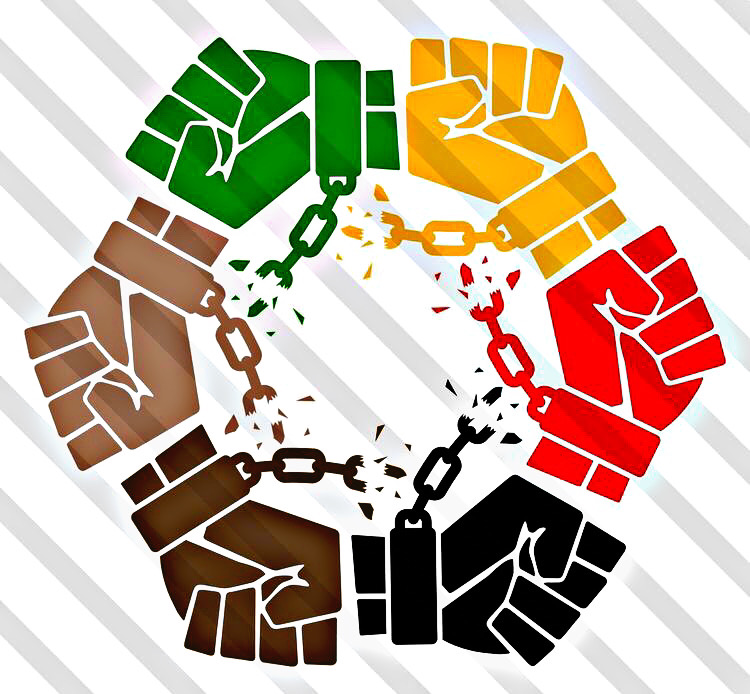 While the post-war Reconstruction project was successful in many respects, the liberation of around four million African Americans did not happen overnight. While Juneteenth officially commemorates the emancipation of the slaves, there was and still is work to be done to ensure lasting political and economic equality for African Americans in the US. 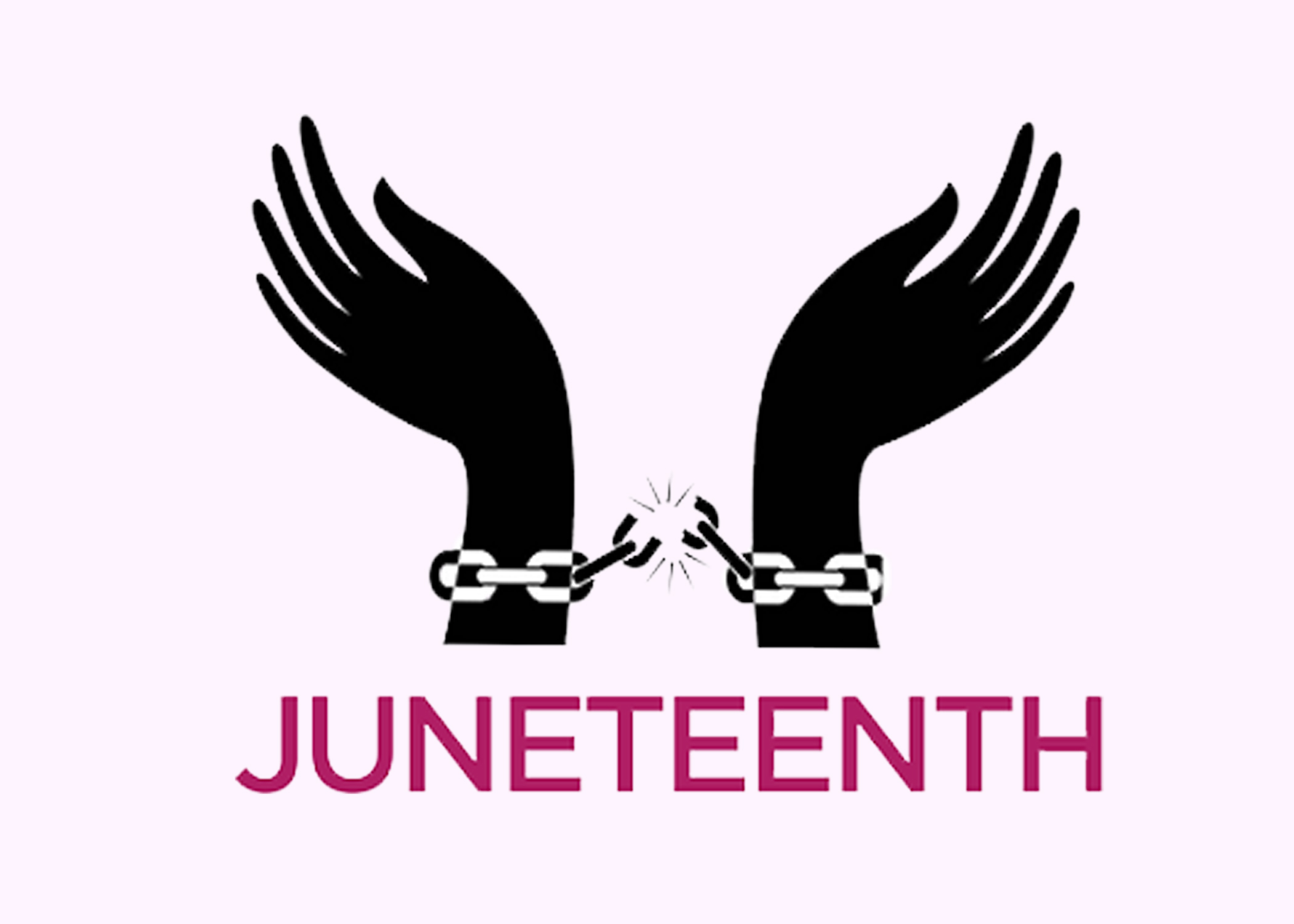 When and Where Is Juneteenth Celebrated?

If you’re trying to figure out when is Juneteenth, then look no further than the name of the holiday itself! The name Juneteenth comes from a portmanteau of June and nineteen.

Today, Juneteenth is celebrated annually on June 19th in cities big and small across the United States. It is observed in many states but is not yet a federal holiday. In 1980, Texas became the first state to designate Juneteenth as a holiday. Since then, other states and the District of Columbia have moved to officially recognize the day. As of 2020, all states except for Hawaii, North Dakota, and South Dakota have officially recognized the day in some way. In some states, like Virginia and New York, Juneteenth is a paid holiday for state employees. Several companies also now give their US-based employees the day off as a day of reflection, self-education, volunteering, and understanding. 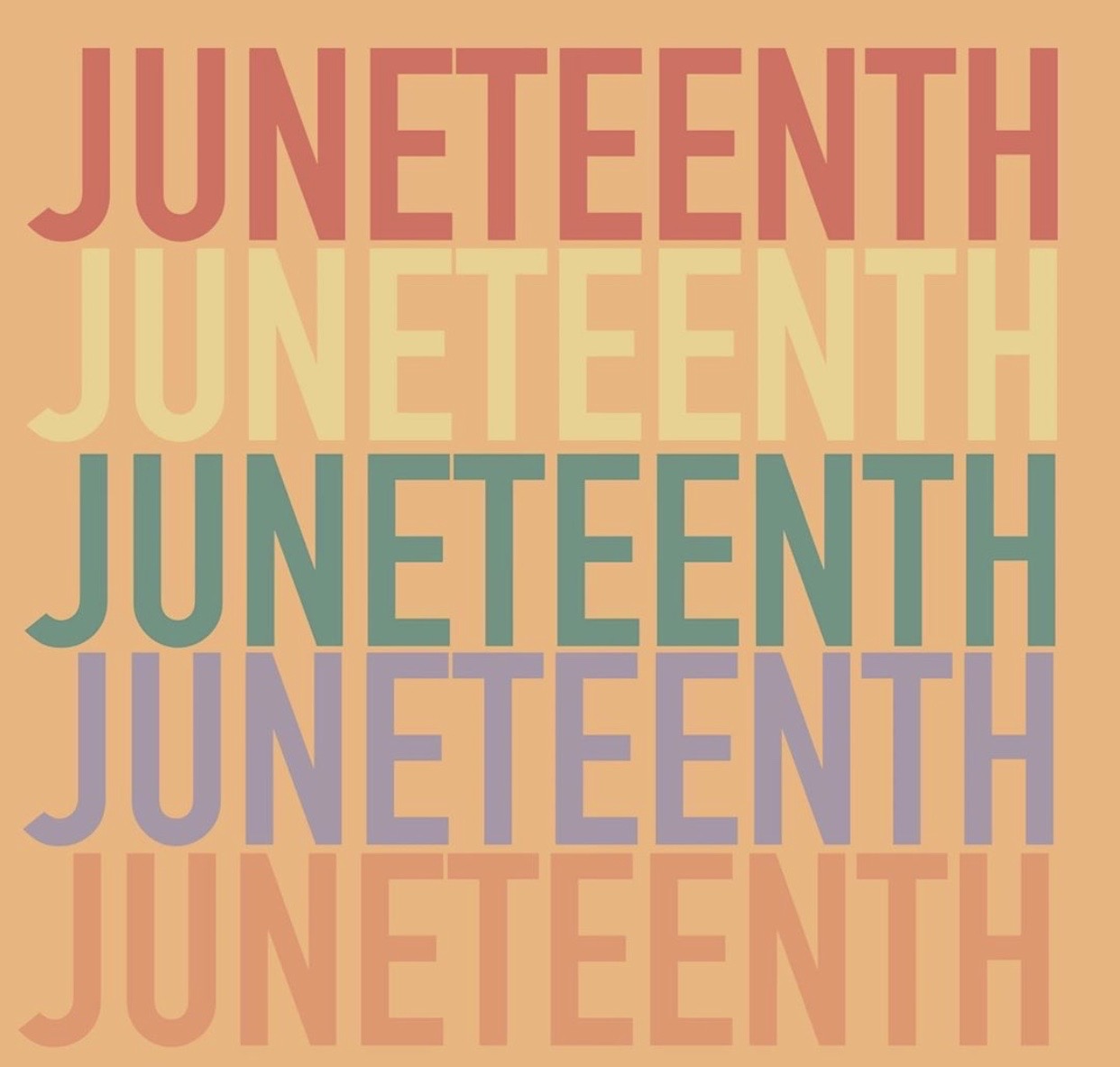 In the days and weeks following May 25, 2020, protests sprang up worldwide after the murder of George Floyd, a black man in Minneapolis who died at the hands of police. That summer, Juneteenth was embraced in a new way. Demonstrations spread across the United States on Juneteenth 2020, with people pouring into the streets to celebrate the end of slavery 155 years ago and to continue the national crusade against the experience of racial and systemic oppression. At that moment, Juneteenth felt like a moment of celebration and joy amidst nationwide pain and mourning, but also an opportunity to think carefully about what has been or has not been accomplished since 1865. 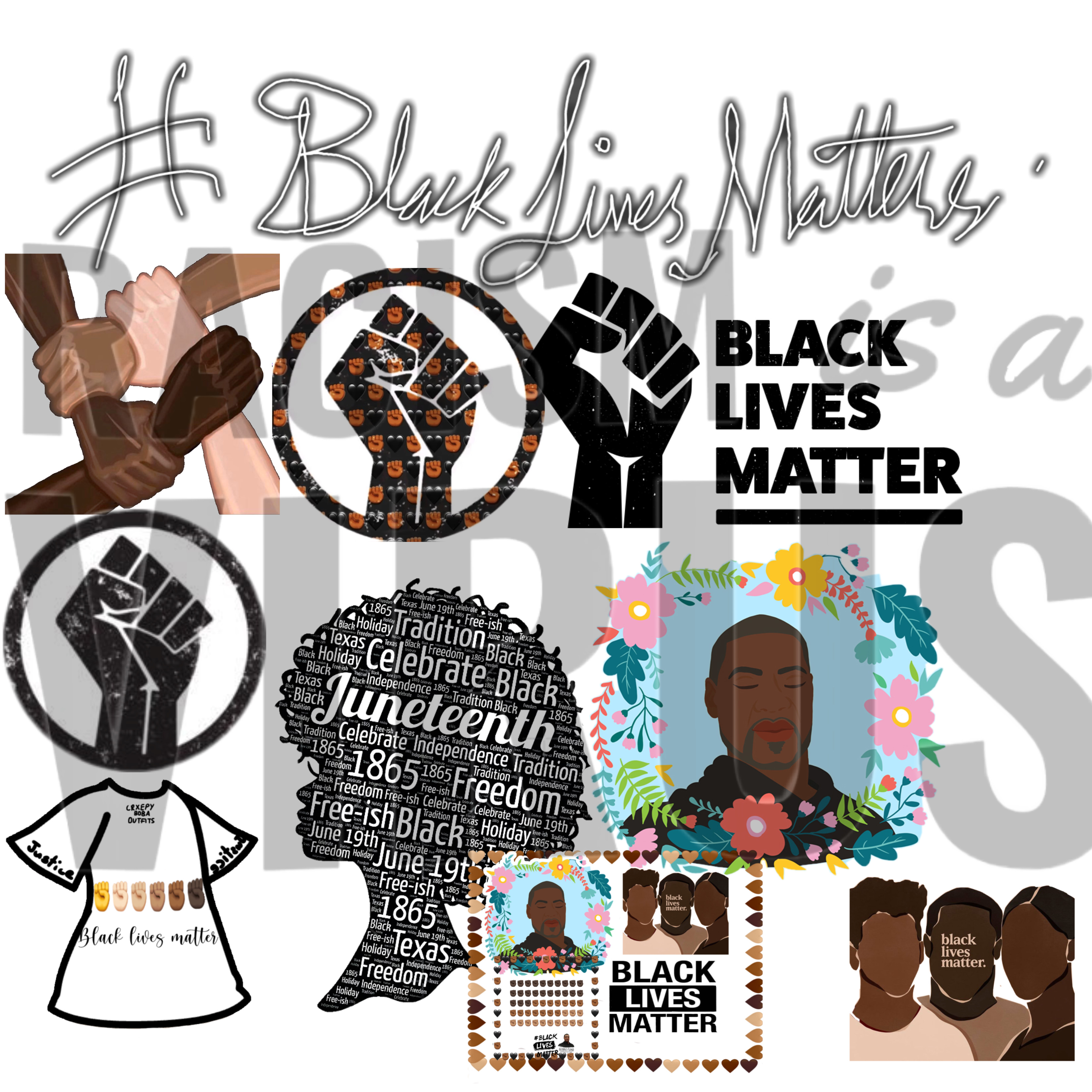 The Colors of Juneteenth

On Juneteenth, many people choose to wear or decorate with the colors of the pan-African flag: red, black, and green. Red stands for blood — both the blood shed by Africans who died in their fight for liberation and the shared blood of the African people. Black represents black people all over the world. Finally, green is the symbol of growth and the natural abundance of Africa.

Some state capitol houses and city buildings fly the Juneteenth flag, a flag designed in 2000 to commemorate the holiday. The flag’s colors are red, white, and blue, but the flag looks a little different from the typical US flag. The flag has a blue block across the top half, red block across the bottom half, and a bursting star in the middle. The inner white star represents the flag of Texas (the “Lone Star State”), where Juneteenth’s story began. The bursting white star outline represents a nova, which is the term that astronomers use to describe the creation of a star, and is indicative of new beginnings and freedoms on the horizon. 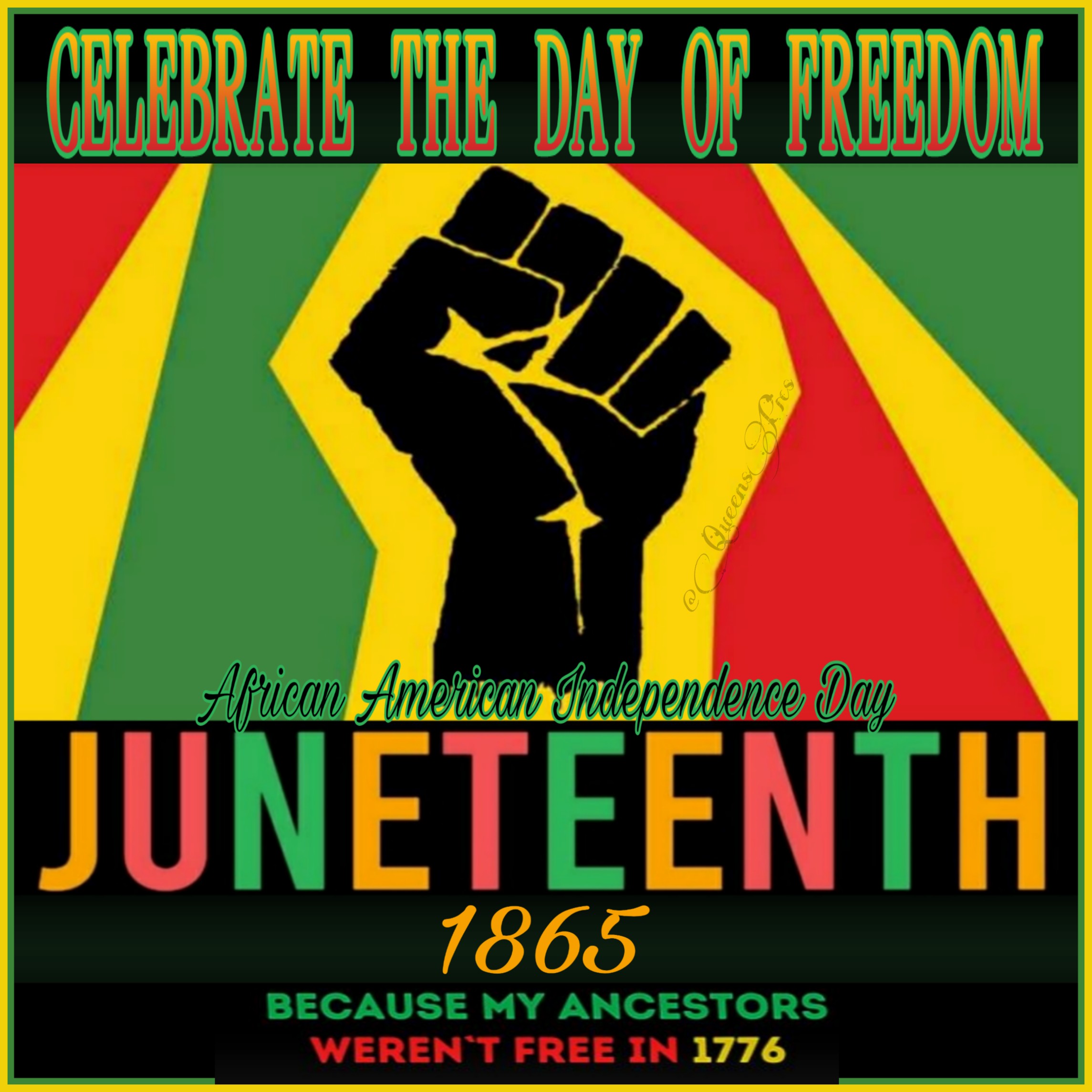 Now that you’ve taken time to learn about the history of Juneteenth, it’s time to look for creative and meaningful ways to reflect and celebrate. Juneteenth gives plenty of opportunities for reflection and knowledge sharing. Consider using your creative photo and video skills to make content supporting local organizations that are doing valuable work in your community and supporting black-owned businesses. 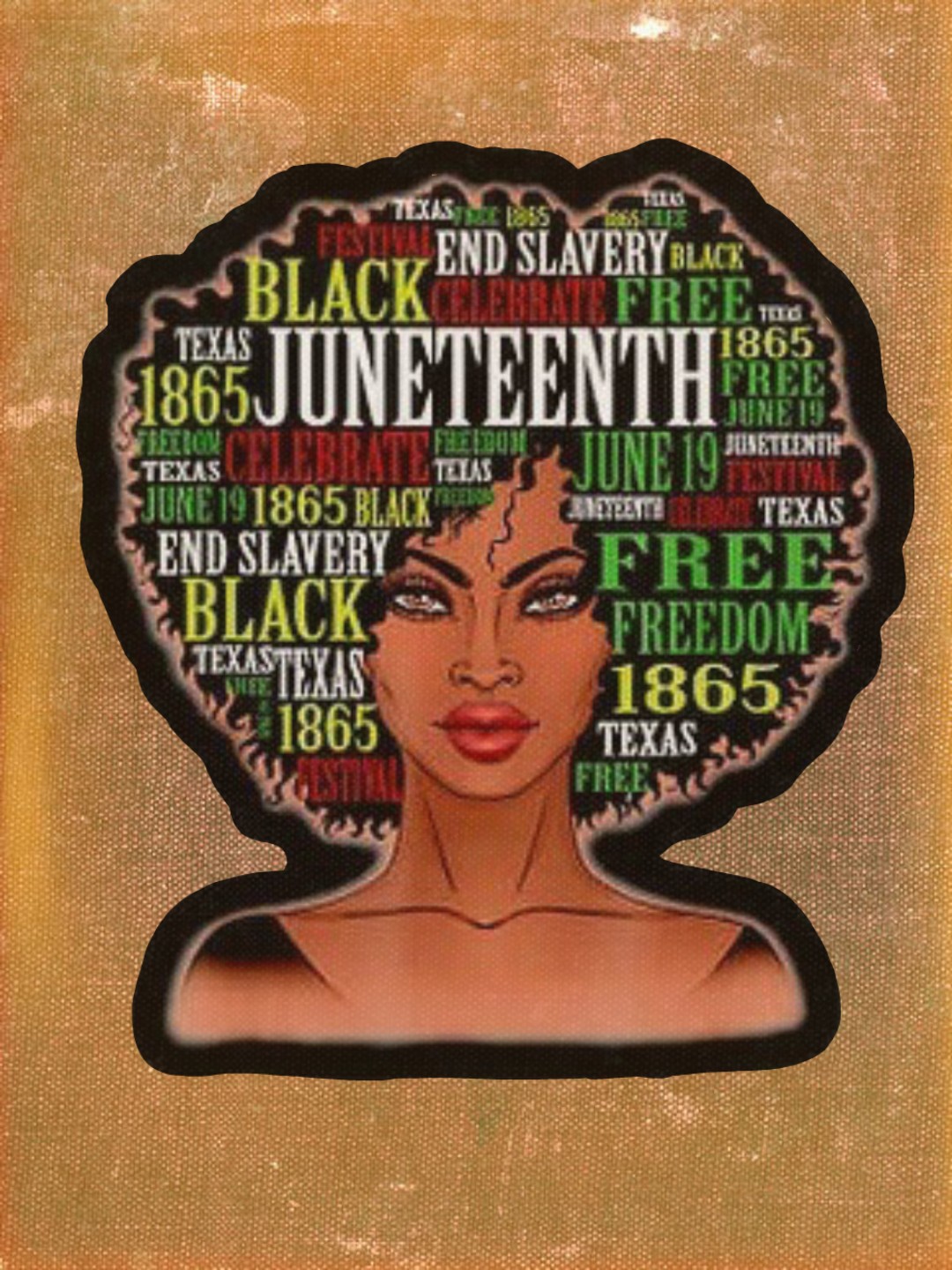 In many communities, Juneteenth is commemorated with parades, Miss Juneteenth beauty pageants, and community gatherings and barbecues. If you want to host your own Juneteenth gathering, it’s easy to make all of the promotional event designs in PicsArt. Here are some examples to get you started:

Design your own customized Juneteenth party invitation using PicsArt’s suite of easily customizable templates. You can leverage different fonts, create your own stickers, resize the design to work across various email vs social media platform dimensions, and more in just a few clicks.

Ready to create a Juneteenth party invitation in PicsArt? Here’s how to do it in the mobile app: 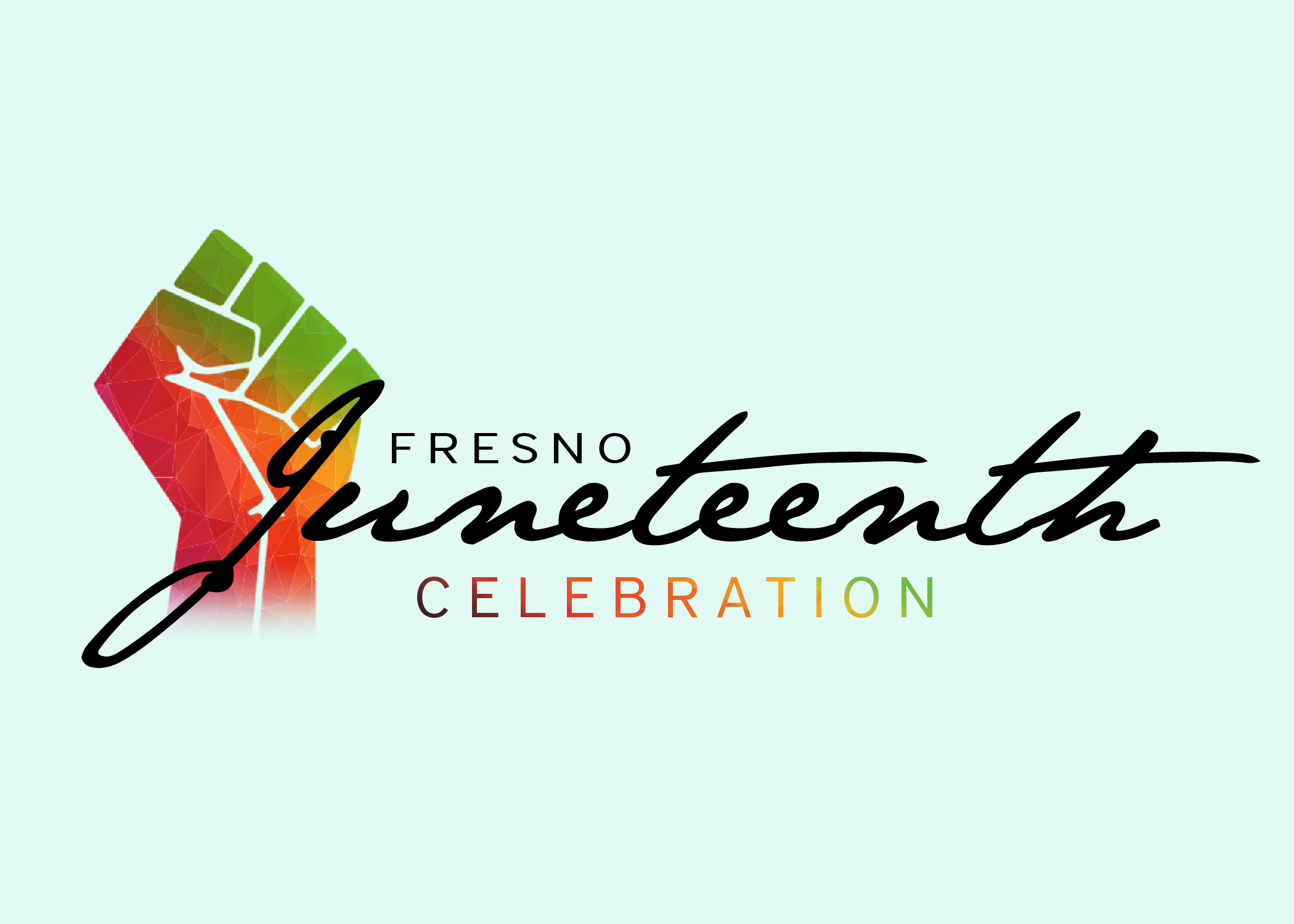 Now that we know the colors and symbolism of Juneteenth, you can also create a graphic t-shirt design using PicsArt’s photo editing software to wear to your party or give out to your guests. This sticker is a great place to start if you’re looking for Juneteenth graphic design inspiration! Check out how it’s been mocked up on this jean jacket below: 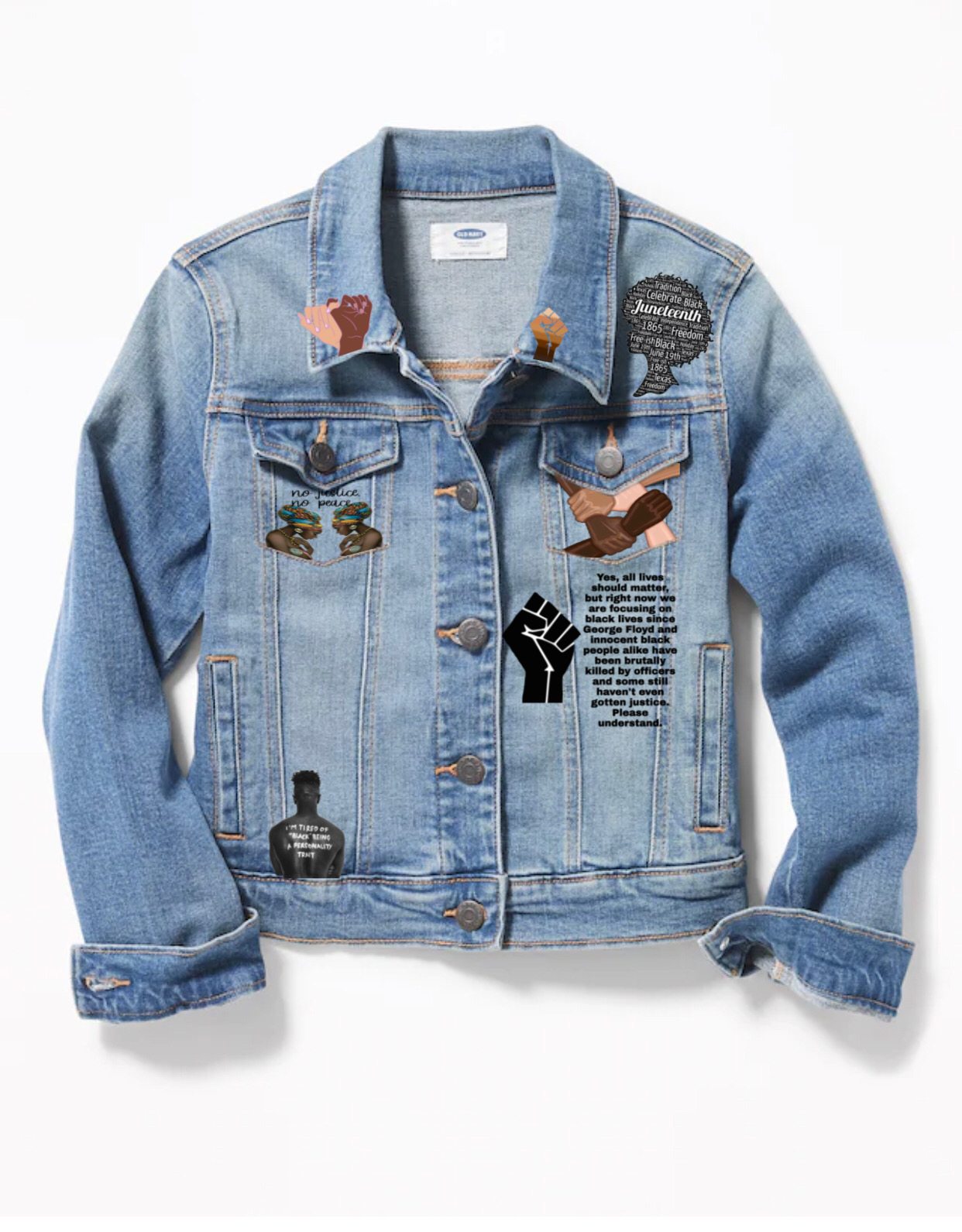 Signs and flyers are a great way to simultaneously show off your art skills and your personal philosophies. Even if you aren’t taking to the streets, you can still show your appreciation for Juneteenth by making a beautiful, functional, and well-designed sign to post around town. 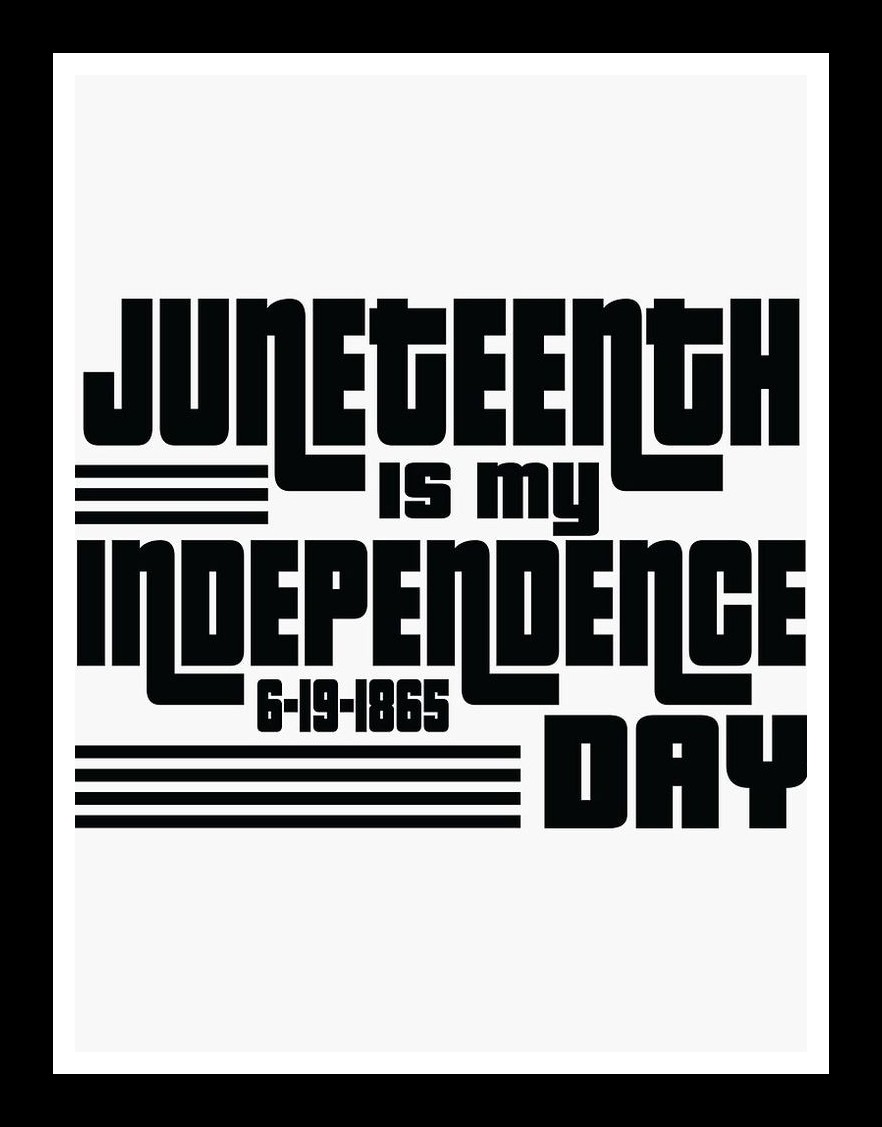 via PicsArt
Make your own Juneteenth poster using the Poster Making templates or leverage the flyer maker tools available in PicsArt. In just a few short steps, you can design the perfect Juneteenth poster. Here’s how to do so on the mobile app: