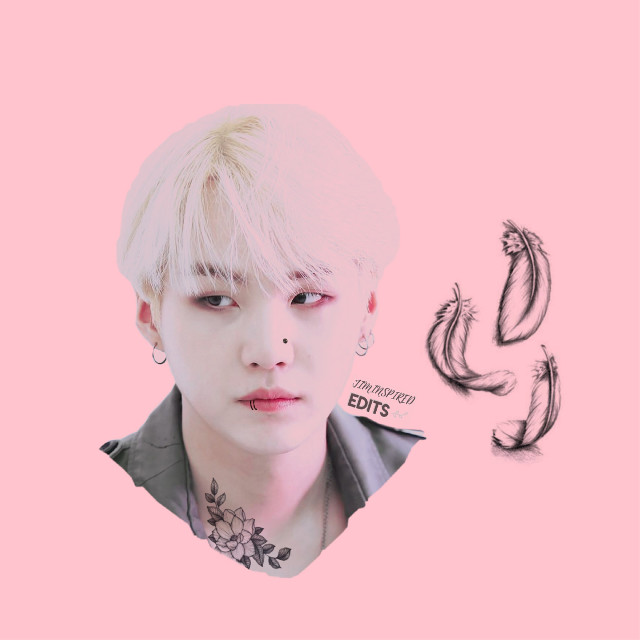 Edit This ImageAdd TextRemove BackgroundAdd StickerAdd Double ExposureAdd Effects
221 users liked this, Sign In to like this
221
Sign In to save it to your Collection
11
Views
2,338

Jimin's footsteps are silent on the soft carpet. "Tae?"
'Where could he have gone?' Jimin wonders. 'Hmmm... maybe he's with...'
He worries that Taehyung could have gone off with their friends. Jimin loves those boys, alright, though they're nothing but trouble. Especially that Yoongi. And as late as it is right now, who knows what they might influence him to do.
He grabs his car keys off the wall hook, the little Kumamon keychain jingling. In a flash, he's in the driver's seat. He turns the key in the ignition.

Jimin parks the car in front of The Tipsy Moon, the only bar in town that Tae actually regularly visits and the boys' unofficial hangout spot.
"Ohh boy," Jimin mutters. "If I have to bail one of them out of jail again, he's paying me back this time."
The storefronts are bathed in a lazy yellow glow from the streetlamps. The neon sign above his head flickers with the name of the restaurant. One of the front doors is propped open with a stopper.
When Jimin enters the bar, he's surprised by how many people there are - more than usual considering it's so late. Some guys laughing and playing billiards, some sitting at the counter, some reclining at tables. The waiters, of course, are all girls, and very pretty, but Jimin never has paid much attention to them.
Looking around, he spots V at a table with - guess who - the other guys. Namjoon, Yoongi, and Hoseok.
When he comes closer, Yoongi smirks. "Well, look who showed up late to the party."
Jimin retorted, "And look who didn't tell me about the party," narrowing his eyes at Tae.
"Whoa, no need to get angry, man. Chill," Namjoon mediates.
Taehyung puts down his drink. "What do you want, Jimin? I've already said my piece. And so have you."
"I think there's a bit more to it than that," Jimin replies.
Calmly, V stands up. He wobbles a bit, though; he's already drunk. Hoseok senses the tension and suggests, "Why don't I order another round?"
Still locking eyes with Tae, Jimin says, "Sure, but not for me."
Taehyung's expression becomes a twisted smile. "Awh, why not, Chimmy?" He knows Jimin doesn't like being called that.
Jimin's glare remains solid. "I still have to drive you home after this, and you know I don't like drinking."
"Don't be a dork, Jimin. It'ssjust a bottle offfbeer." His words are starting to slur.
Hoseok notices and he pulls in the corners of his mouth, making his dimples appear. "I think no more for you either, Tae."
"A little alcohol goes a long way. Now, can I just talk to you in private?" Jimin says through his teeth.
"Both of youu're jusst being ridiculouss," Tae tries to reason. "But sure, let'ssstalk, Chimmy."
Jimin leads him away from the others. "Look, Tae, you're drunk. I think we should just go home and talk about this later."
"Sso that'swhat you came here ffor," Tae decides. "To talk. You're tryna steal my girrl again, but thisstime you're asking meffirsst."
"I told you, we shouldn't talk about this anymore. Let's go home."
"No~ why can't we talk'bout ittnow? You jerk, you're jusscared I'll punchhhyour selfish face. Watch me."
He takes a swing at Jimin, but since his reflexes are delayed, Jimin easily catches his fist. "Stop, Tae."
He tries again and again, but he keeps missing as Jimin dodges his punches. "Stop."
Taehyung stops, the fog in his eyes clearing for barely a second. "There's no way she'd love you anyway," he spat.
'That's it,' Jimin's mind snaps. He raises his voice for the first time. "I'm sick and tired of you treating me like a kid, Tae! All you do is sit around my apartment and write your stupid music! Who do you think pays the rent? And now you want to take away the only girl I've ever loved? You JERK!"
The other boys notice and begin running over to the arguing pair, but Taehyung slaps Jimin and this time he doesn't miss.
Something changes in Jimin's usually sweet brown eyes as they're tinged with something darker than jealousy. Before he can think what he's doing, his fist lands on Tae's jaw, knocking his head sideways.
A splatter of blood hits the wall.