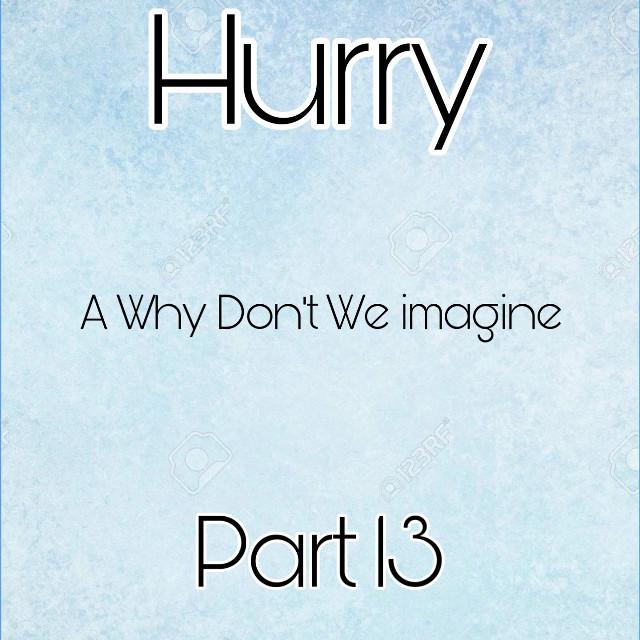 “Anything. Just name it.” Corbyn says in excitement, hoping for you to say yes.
“I need-“ you get cut off by hearing Emma screaming your name.
“Y/N! Y/N! Hurry up, we’re gonna be late!” Emma screams at you, her inner nerd coming out with every word.
“I’m so sorry. I gotta go. See you later?” You tell Corbyn.
“Yeah, sure. Um *cough* go ahead.” Corbyn says, faking the cough.
~corbyn’s pov~
Ugh. I really wanted to know what she needed. It was probably gonna be something about the boys not messing with her but she has the rest of the week off. Why did Emma have to cut her off like that?
~your pov~
You run to the doors of the school and go straight to your locker. Nobody was in the hallway and it was quite creepy. Sixth period. Ugh. This will most definitely be the worst. You head to the classroom and see exactly what you thought. This was the class you had with all the boys. But on the other hand, your girls are there as well, Kay and Gabbie. They should have your back. Hopefully. This class was mostly just you eight plus a couple of choir kids. The boys don’t seem to mess with them because they can fight better than anybody ever expected.
“Why are you late?” The teacher asked you.
“I’m sorry, it was an accident. I got held up.” You explain to your teacher.
“Ok, don’t let it happen again.”
“It won’t ma’am.” You go and sit next to Gabbie and Kay which sadly is also the seat right next to Zach.
“Long time, no see.” Zach said.
“That’s the point.” You say with sass.
“Oh dang, that hit hard.”
“Ha. Karma.”
“For what? I did nothing to you.”
“Mmm nothing? Really?”
“Well...” he says scratching the back of his neck.
“Exactly.” You say and he laughs a little bit. The teacher starts her lesson and you look around to see everybody falling asleep. But Corbyn still isn’t there. Then suddenly you feel Zach’s hand on your thigh. ‘Here we go again.’ you think to yourself. But he doesn’t do what you think he would. Instead he takes his hand off your thigh and looks up to the teacher to make sure she isn’t looking. Then, just as you expected, he grabbed your face and squeezed it. Not as hard as Jack did earlier, but definitely hard enough to leave a mark and he leans in and kisses you. It’s a very passionate kiss but it didn’t mean anything. He’s just doing it to get a good time without you fighting back. Out of the corner of your eye you see Jonah waving you over to go sit next to him. You break the kiss and stand up very quietly and walk over to the spot next to him. You look back at Zach who looks sad and angry. You wink at him and his face lights up for a couple seconds until he realizes that the wink meant nothing, it was just a sassy little move to tell him that you weren’t interested because he obviously liked the kiss. You sat next to Jonah and he kisses you on the forehead. You blush a little bit and look away.
“Don’t look away, I like it when you blush.” Jonah says to you.
Just then you see the teacher looking right at you and him. She looks away and you let out a sigh of relief. You look at Jonah and smile. He gently puts his arm around you and starts to play with your hair. Just then...

Sorry I’ve made y’all wait so long. Hope you enjoyed this and if everything goes accordingly, I’ll be posting daily again.

also comment what you think i should call you all. Like how some people have special names for their fans. What should I call mine? Comment. love youuuuu