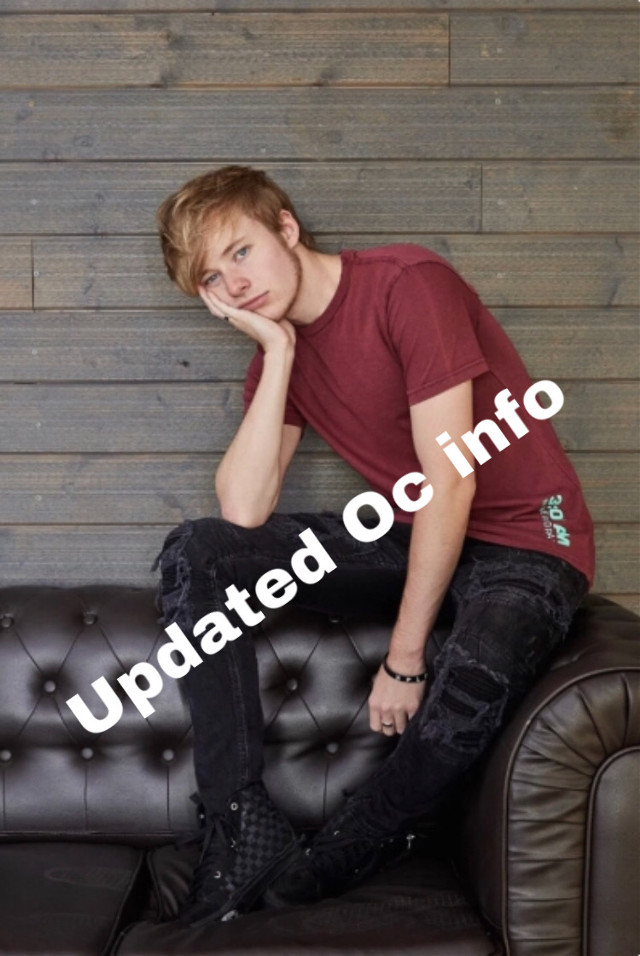 Sexuality: bi, but a guy lean

Personality: he is kinda quiet, but a real hot head, he always hid stuff from his friends and family-

Health stuff: he is bipolar- and has depression and anxiety, he has bad anger issues too-

Backstory: He was such a sweet kid, a good kid, kind and generous towards everyone- until he turned 14 when everything went downhill, his parents started arguing and he met Robin and his grades were slipping and he got diagnosed with depression and he skipped school and started doing meth and hurting himself and spending way too much time at bridges..
He hated gays at a point, even tho he was gay- but He hated them and thought they were all bad because of what Robin did..

His first relationship he was abused and raped by His ex- Robin.. it was a bad time and honestly had some major effects on Noah

Parents:
His mother and father got a divorce and lived away from each other- his mother was always worried about Noah and his sister and The two would stay with their dad, who they loved very much still, on weekends-