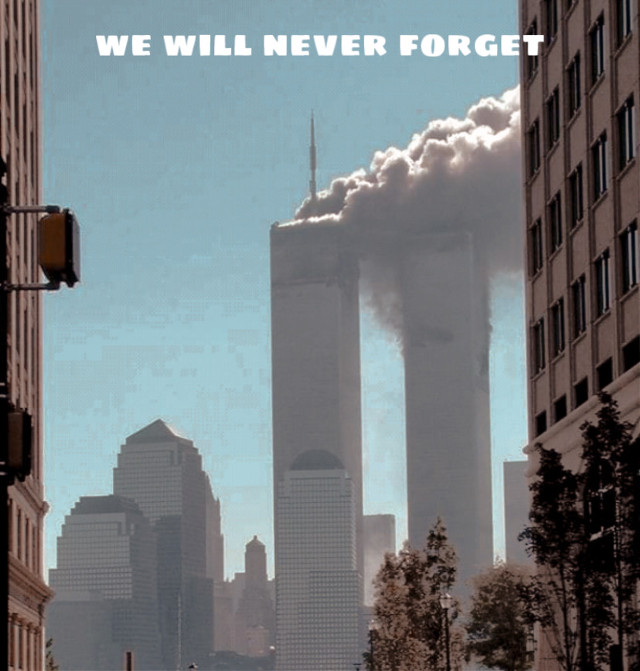 Edit This ImageAdd TextRemove BackgroundAdd StickerAdd Color ExposureAdd Effects
21 users liked this, Sign In to like this
21
Sign In to save it to your Collection
2
Views
324

19 years ago on this day, 4 planes were in the air heading for 3 destinations. two planes struck the twin towers, one hit the pentagon, and one crashed in the countryside of pennsylvania avoiding the white house. brave men fought the hijackers on that plane. thousands died, but thousands were saved. one mysterious man with a red hankerchief saved tons of people in the south tower. his body was found in the rubble a few days later. heroes were all around us. we will never forget those who were lost and those who saved and were also lost.