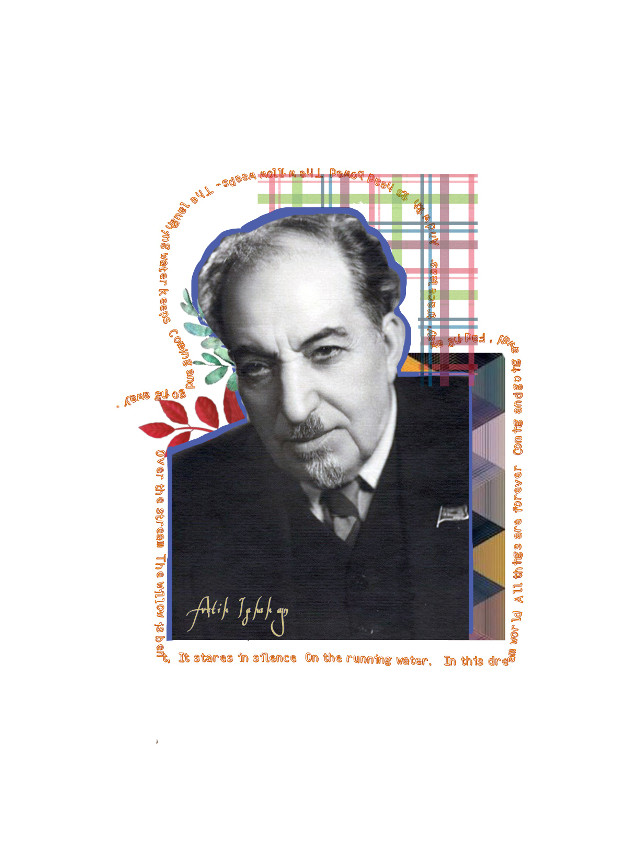 Edit This ImageAdd TextRemove BackgroundAdd StickerAdd Color ExposureAdd Effects
156 users liked this, Sign In to like this
156
Sign In to save it to your Collection
30
Views
1,844

#freetoedit #avetikisahakyan Avetik was a prominent Armenian lyric poet, writer and public activist. Isahakyan was born in Alexandropol in 1875. He was educated at the Kevorkian seminary in Echmiadzin, and later at the University of Leipzig, where he studied philosophy and anthropology. He started his literary as well as political careers in his early youth. Upon his return from Leipzig in 1895 he entered the ranks of the newly established Alexandropol committee of the Armenian Revolutionary Federation. Through his activities he supported armed groups and financial aid sent to Western Armenia from Alexandropol. He was arrested in 1896 and spent a year in Yerevan’s prison.

Later Isahakyan went abroad, attending Literature and History of Philosophy classes at the University of Zurich. He returned to his homeland in 1902, and then moved to Tiflis.

Together with 158 other Armenian intellectuals, he was arrested in 1908 and after spending half a year in Tiflis' Metekha prison (just like Hovhannes Tumanyan), he was freed on bail. Staying in the Caucasus was no longer possible, and by 1911 Isahakyan had emigrated.

Isahakyan did not believe the promises made by the government of the Young Turks, regarding self-government and autonomy of Western Armenia. Assured that the danger of Panturkism (which he believed was aimed at the total extinction of Armenians) could be prevented by Turkey’s supporter, Germany, Isahakyan went to Berlin. There, together with a number of German intellectuals, he participated in the German-Armenian movement, and edited the group’s journal "Mesrob" and co-founded German–Armenian Society. The start of World War I and the horrifying massacres confirmed his gruesome predictions about the annihilating nature of the Young Turks government's policies. After the war and the Armenian Genocide, Isahakyan described through his compositions the sorrow destiny and Armenians’ heroic struggle for freedom. The poet put forward the genocide accusations, the worst part of which had taken place between 1915–1922, in "The White Book". During that period, Isahakyan expressed his ideas mainly through his social and political articles, in which he discussed the topics of the Armenian cause, reunification of Armenia and the restoration of the Armenian government. The images of the massacres are persistent in his poems, such as "Snow has Covered Everything...", "To Armenia...", and "Here Comes Spring Again".
#remixit