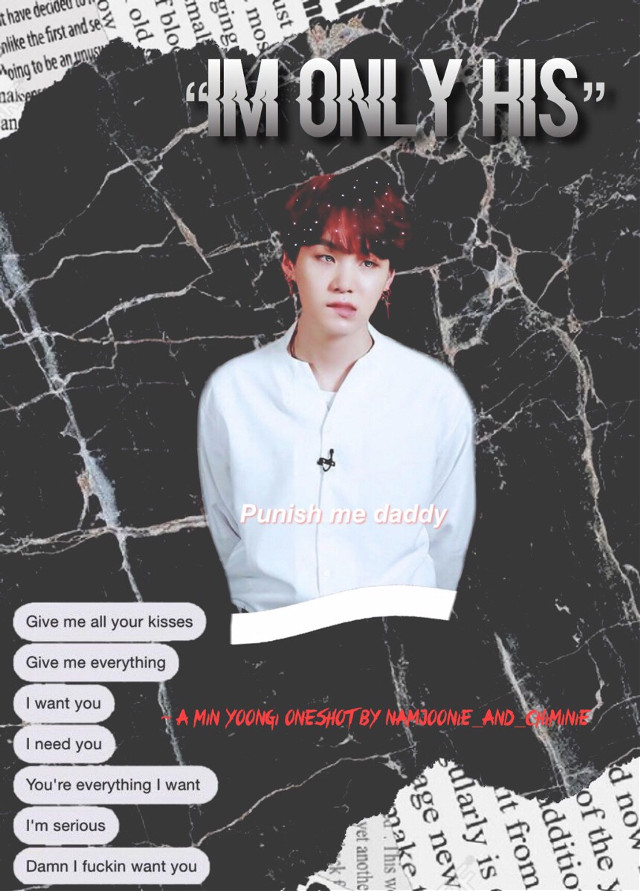 I woke up by my damn alarm
“GOD DAMN IT” you yellew, throwing a pillow on the floor.

I took a quick shower. I wore a black t-shirt with
“Naughty princess” on it. And some fishnet ripped mom jeans. Paired with my favorite gucci sneakers. I simply just curled my bangs a little and putted my hair in a bun. Leaving my front hair just where it is. I did some simple make and im done for now.

I got downstaires and saw my brother and sister eating breakfast. I just got a sandwich which Jimin made me.
“Morning guys.” you said

“Morning sis :) ready for college? Gotta say it sucks a fuck” he said

“Ik, but im ready to kick there asses

Chaeyoung laughed “The sister i know

Sinds they brought you to college, Jimjn drived the black Jaguar. It was pretty sunny tho.

When we stepped out of the car, everyone looked.

A girl group was laughing. I stepped up to them, even though Jimin held me back

“YAH! If you think im the real noobie, dont talk behind my back. You and your ‘group’ WERE the ones who owned the school, now its mine. Dont mess with me, or else you’ll reget it very much.” i said pushing her

“Who were those bitches oppa?” i asked my brother

“That was Blackpink. There very popular in the school. There boyfriends are from EXO, and Apink and Got7 are there friends. We call them the ‘bully group’. The one who you talked with was the leader, Kim Jennie. The one on the right was Lisa Manoban. The one behind her was Kim Jisoo and the one on the left was Park Chaeyoung, but known as Rosé.” Jimin said

Red Velvet, Twice and you were going to the cafeteria. Jimin waved “OVER HERE!” We walked to them. Jimin stood up “Guys, this is my little sister, Park Y/N. Introduce yourself”

“Hi, im Kim Seokjin, the oldest hyung. For short its Jin or Seokjin. Im also known as an Eomma.”

“Hello, im Jung Hoseok. Im your Hope, your my hope :) For short its Hoseok, Jhope or Hobi. And im a real sunshine”

“Hey, im Jeon Jungkook, the maknae. Jungkook or kookie for short. Im also known as bunnyboy and the golden maknae”

You had to sit down next to Jimin and Yoongi

You felt something under the table...