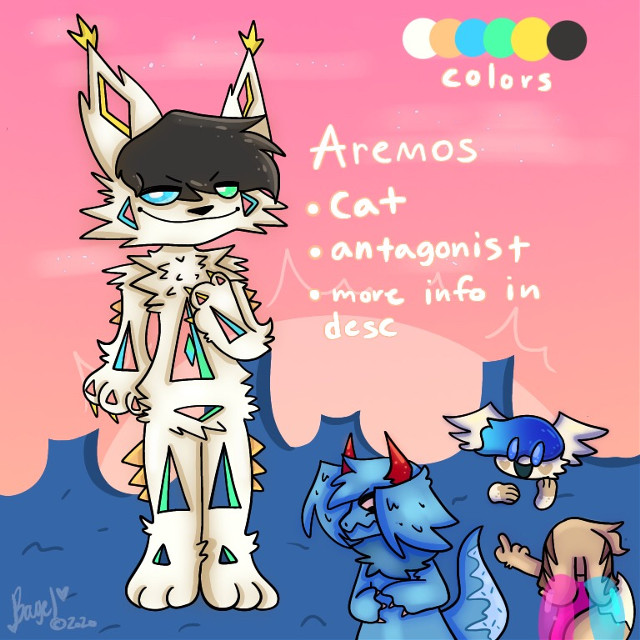 YEAH hes a villian in my story ‘The End Of Times’ (the story where noname takes place in) where he tries to just,,, take over the universe like every other villian in the story lmao. Basically hes this controller of this diamond in his stomach hole thing, which the diamond is basically the opposite of Katie’s diamond on her necklace (katie is another character i need to post, she’ll come soon she plays a hella big role in the story lol) where instead of it protecting the universe, it destroys it slowly if it has enough power contained in it. he gets that power by manipulating people and getting negative energy. Mooncake (the little blue and teal gradient hair dude) is aremos’s best friend and mooncake is pretty much obsessed with him but really aremos is just using him sadly. mooncake is too innocent and naive to realize it. Noname has tried to save MC from Aremos but she fails each time. CookieCrumbs (blue dragon dog, his ref is being posted right after this one) is also Aremos’s best friend, where they try to make everyone miserable. makes sense they’re friends considering the both hurt noname in the past.