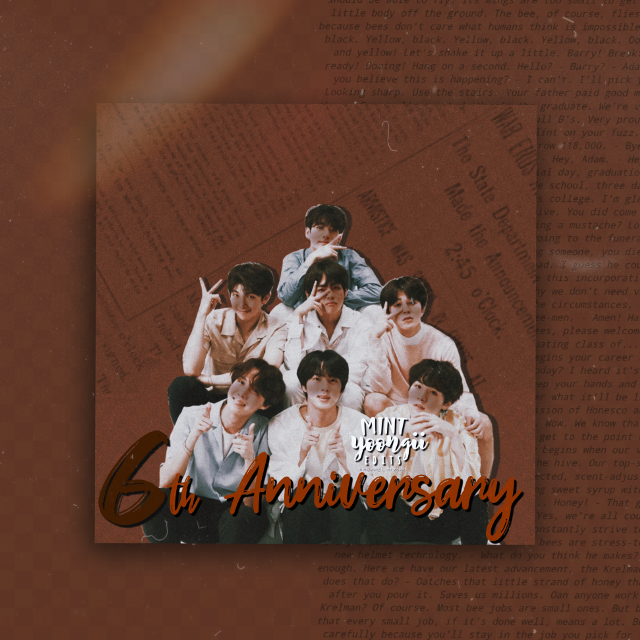 Edit This ImageAdd TextRemove BackgroundAdd StickerAdd Color ExposureAdd Effects
1164 users liked this. Sign In to like this
1,164
Sign In to save it to your Collection
93
Views
1,997

You wont see this but I just want to say thank you for being my emotional support since the day I found you. I was very glad it was on my recommendation that time. I never expected that I'll be stanning BTS that I don't even know how, why and when did I stan them, i just did. It was one of the greatest unexpected that happened to me. I'm not there at the very beginning but don't worry, I'll be here until the end. ( I actually wrote a lot and it took me like an hour but when I posted it, it vanished