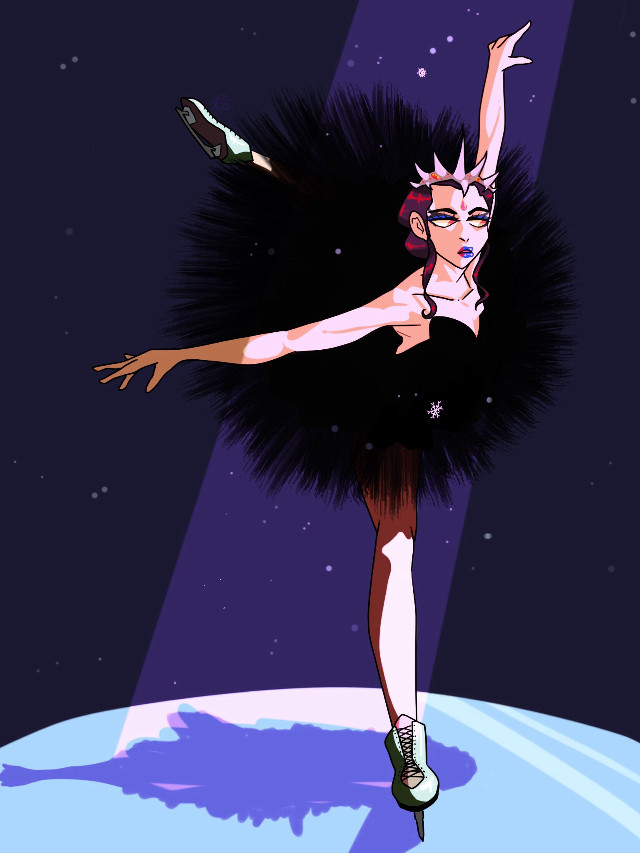 iceskatersau Mona draw Image by Oh god it's BACK

Style and performance:
- Debuted in under 15s competitive figure skating (Nationals) at 13
- Most famous for performing as Odile from Swan Lake during her first over 15's nationals (age 15), where she won first place.
- programmes tend to centre around beauty and fashion
- specialises in difficult step sequences
- shit at consecutive jumps when in skates (can't land more than 2 in a row)
- lotta stamina tho

Personality:
- kind of comes off as narcissistic and cold (i mean not wrong lmao)
- has the GREATEST Instagram stories but shitty irl
- seriously they're really bad at talking to people without making a scene
- suffers from bulimia, but doesn't see it as an issue. Usually binges + purges after performing
- likes being the prettiest in the room
- gaaayyyyyyy
- kinky as fuck
- loves what she does [mostly cos pretty ice girls ( ͡° ͜ʖ ͡°)]
- is usually single every 14 days.
- has the craziest sense of fashion
- not a morning person. Especially not a 5am practice session morning person