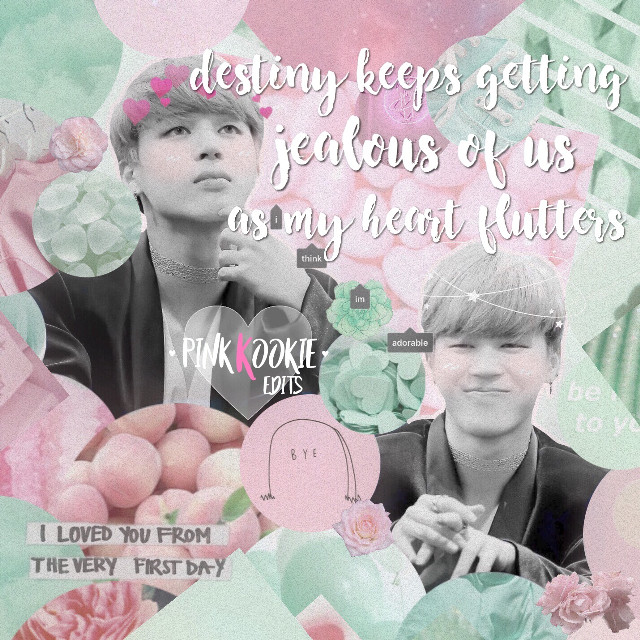 “jiminie~” you sang as you walked over to him. he was sitting on the couch, tv playing some show. you went and plopped down next to him, a cardboard box in hand, something you’ve ordered for the two of you. you looked up to him, his gaze still fixated on the television. his side profile was striking, you had to admit. he had such sharp features. his lips curled into a slight smile. you pushed his shoulder, urging him to look at you. he giggled, bright teeth showing as he turned to you. “what is it jagi ah?” his blonde hair fell in his eyes, soft gaze now paying full attention to you. your heart skipped a little at his appearance. cute, yet sexy. you proceeded to open the box, pulling open the flaps. inside were two colorful pieces of fabric. you pulled them out, to reveal to jimin what it is you have ordered. “onesies!” you squealed as you handed him his, which was a shark. yours was a unicorn. you thought it would be fun for the two of you to wear. you smiled, looking at jimin to see his reaction. his smoky eyes peered at you from the side, head tilted, jawline exposed. he had a questionable smirk playing on his full lips. “what, a shark, celeste ah?” he placed a hand on top of your thigh, leaning in close to you. your cheeks blushing a furious pink as he spoke again, “do you want me to eat you that bad, babe?”
ㅡ