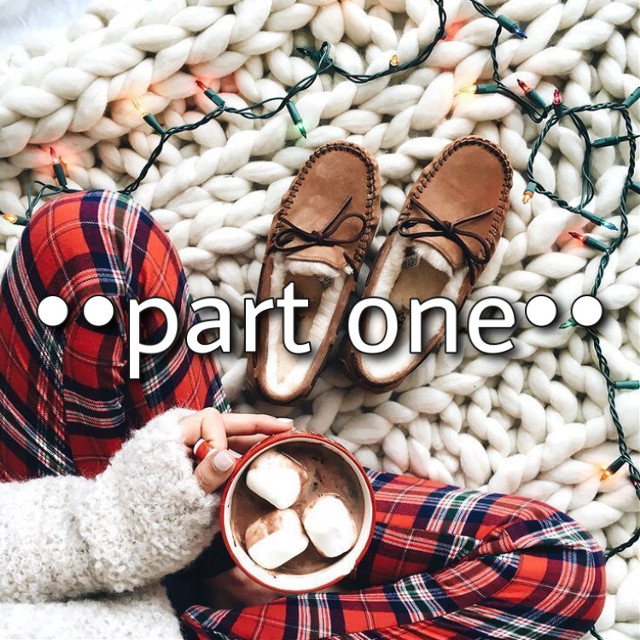 {all just woke up}

Madison: *on her phone, sitting on the couch in the living room, wearing an oversized hoodie* my phone says it in the negatives outside
Sophia: *sitting in a seat by the couch, wearing leggings and a long-sleeve t-shirt* well no duh, look at the frost on the windows or just go outside and try feeling the "warm" air yourself..if it even exists up here
Austin: *comes out of the kitchen, walks into the living room as the door swings behind him* oof, you got burned mads, up-top soph *holds his hand up to sophia*
Sophia: *looks at him,

*
Austin: *high-fives his own hand, shrugs* suit yourself
Rachel: *comes out from downstairs with Dev* fighting already I see ?
Sophia: don't worry, it hasn't become the War of the Apes just yet
Madison: *rolls her eyes at sophia; making faces at her phone—taking selfies*
Deven: *half-awake* I'm tireddd *

*
Rachel: *laughs/scoffs* you literally just woke up
Deven: I know but yk what I mean *yawns & stretches* it's like 5 in the morning *sits on the couch & rachel sits on his lap*
Rachel: well how else are we supposed to get home in time for Christmas?
Austin: I guess I better go pack *turns around and starts walking to the stairs*
Rachel: Austin! You haven't packed yet?! *

*
Deven: bro, even I packed
Madison: *taking selfies on her phone* honestly, I don't know how boys can just go on carefree while girls are always struggling, it took me days to pack my suitcases!
Austin: *turns around to them again* well, I don't understand why girls have the constant urge to take pictures of themselves for no exact reason what-so-ever
Madison: *mocks him;

*
Sophia: *raises an eyebrow at him* 'scuse you, does it look like I'm on my phone Sherlock Holmes??
Rachel: there's no need to fight guys *shakes her head slightly and sighs* Rachel: Austin, will you please go up to your room and pack?
Austin: finee *rolls his eyes, sighs & continues walking upstairs*
Sophia: when are we gonna leave
Madison: I hope it’s not soon *

* I can’t stand my family dinners, especially Christmas.
Rachel: sorry mads, we just need to get everything in the car and then we’ll be on our way home
Deven: what do we do while Austin’s packing
Rachel: you can start loading up the car if you want *smiles slightly*
Deven: ok baby *kisses her cheek*
Rachel: *

* thx babe *gets up off of his lap and moves to another chair*
Deven: np *gets up, goes to the door, puts on his coat & goes outside*
Madison: *after he goes outside* awwe you guys are so adorable together
Sophia: yeah you guys are just like a Rachel and Ross—meant to be together

* yeah he’s great
Madison: *gets a text* oh no
Rachel: *looks at Madison* what is it?
Madison: Um it looks like we won’t be able to go anywhere
Sophia: why has the world fallen again
Madison: noo, the roads are all closed because of the snow so we are stuck in here til they reopen
Sophia: *groans, annoyed*
Rachel: ugh why!!?
Madison: why do you hate snow so much soph
Sophia: I don’t hate it, I just always get sick when it’s cold outside so I just don’t love it
Rachel: well I don’t have that problem I just really wanted to go home because dev was supposed to meet my parents
Madison: wait he hasn’t met them yet?
Rachel: well last year we were only together for a couple months so it was just too early
Sophia: yeah Maddie, not everyone is like you, moving super fast in a new relationship
Madison: *rolls her eyes*
Rachel: *gives Sophia a look to be quiet*
Sophia: *mouths to rachel* just saying *shrugs innocently*

A continuation of scene 1 will be posted shortly