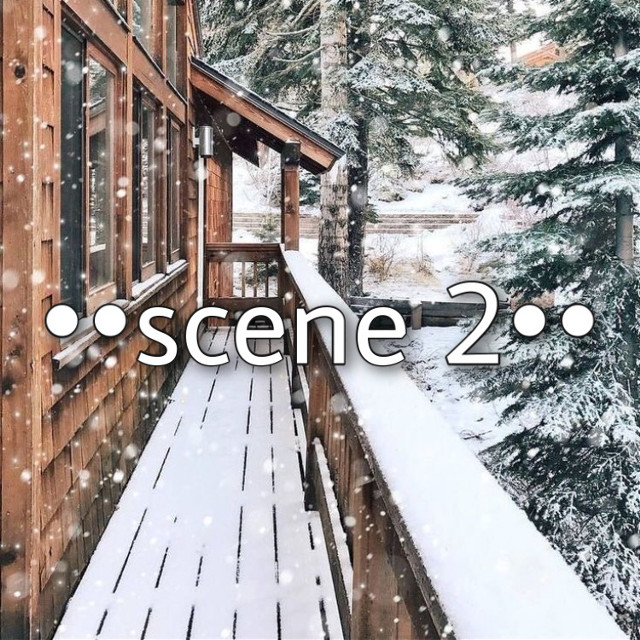 Rachel: *waking up, sits up slowly on her bed with one hand on her forehead and the other rubbing her eyes* *speaking softly/tiredly* oh my god what ha- *looks down at what she's wearing which is only a bra and underwear; looks over to her left and gasps, covering her mouth in shock*
Austin: *wakes up in Rachel's bed from the noise she is making and falls off the bed when he sees her like that then quickly gathers the sheets around his upper body; only wearing underwear* what the he—
Rachel: shh! oh god. oh god, oh god, oh god!! *gets out of bed, looking for her shirt and once she finds it, puts it on*
Austin: stop saying that!
Rachel: keep your voice down!
Dev: *wakes up, rubbing his eyes, comes out of his room and starts walking down the hallway to check on Rachel*
Rachel: *fully dressed, starts pacing slowly by her bedside* we will not speak of this EVER. do not say a word, not even to Dev
Dev: *at her door, about to open it but hears what she says and is very confused*
Austin: he's my best friend, Rachel
Dev: *takes his hand off the doorknob and trudges downstairs feeling confused, hurt, and betrayed*
Rachel: I know, I know and he's my boyfriend but we don't even know what happened last night or if anything happened--
Austin: --between us...
Austin: and if I cant tell Dev about this then you can't tell Sophia
Rachel: Sophia? why would she care? nvm, nvm I don't even want to know, lets just never talk about any of this ever and act like nothing happened.
Austin: ok, fine...
Rachel: *closes the door carefully behind her and walks downstairs*
Sophia: *asleep on the couch*
Madison: *sitting on the chair next to the couch drinking water*
Dev: *in the kitchen*
Madison: *sees Rachel* heyy the party girl’s up
Rachel: what?!
Madison: yeah you were partying a lot last night if you know what I mean
Rachel: I don’t know what you mean! I-I need to go lay down *exhales deeply and goes upstairs pacing in the hallway*
Madison: Rach— *sighs and mumbles to herself f*
Austin: *comes out of the room finally* *sees Rachel* what are you doing up here I thought you went down
Rachel: I did, I-i went downstairs a-and madison said some things...i just need to clear my head
Austin: well we did have a “party” but it was just the five of us. We were just drinking the stuff that the person that owns this place left for us
Rachel: we were drinking?!??
Austin: yeah...that’s what I said
Rachel: well I’ve never drank before!
Austin: that explains the headache and for a hungover person you yells a lot so could ya keep it down a notch
Rachel: just go downstairs already!
Austin: okay okay sorry *walks downstairs while Maddie goes up the stairs* *talking to Maddie now* where r u going
Madison: I’m going upstairs to check on Rachel, what are you the police or something
Austin: no, just wondering, jeez *walks downstairs*
Madison: *rolls her eyes and keeps going up*

Upstairs:
Madison: *sees Rachel pacing in the hallway* are you ok?
Rachel: *turns around, has tears in her eyes & shakes her head* no, no I’m not ok
Madison: oh..well tell me what happened maybe I can help
Rachel: *hugs her* *voice breaking up* you can’t fix it

Downstairs
Austin: *smiles when he sees Sophia sleeping on the couch, puts a blanket on her & sits next to her*
Sophia: *moves around a little to get comfy, opens her eyes, and sees Austin* hmm *smiles* hey *sits up and puts her head on his shoulder*
Austin: *smiles* hey
Sophia: where were you last night? *closes her eyes, still has her head on his shoulder*
Austin: um..I was-I was in bed
Dev: *comes out of the kitchen* with who exactly? *

to be added #roleplay