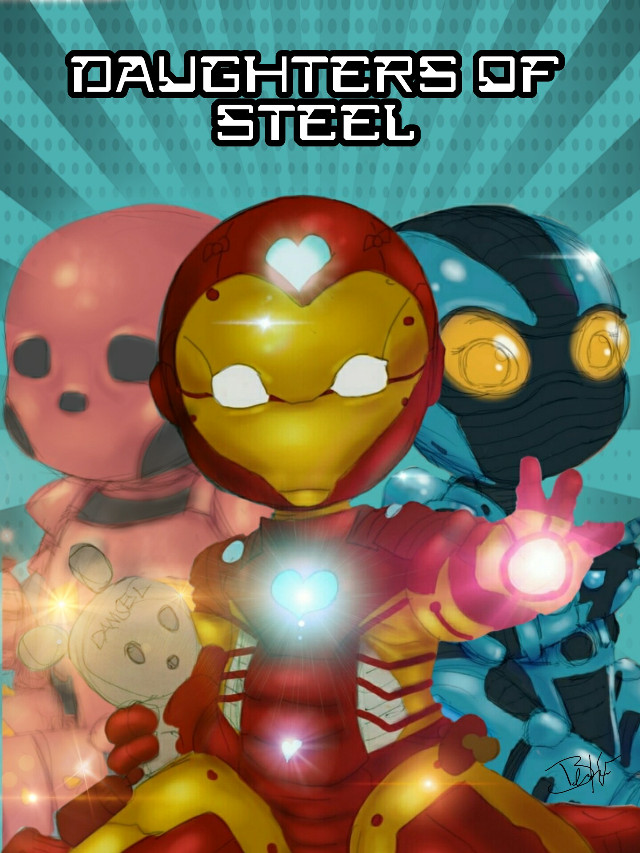 Edit This ImageAdd TextRemove BackgroundAdd StickerAdd Color ExposureAdd Effects
178 users liked this. Sign In to like this
178
Sign In to save it to your Collection
21
Views
3,511

With his escape from kinder Asylum, Lex pooper devises a plan to revive an old technology to dominate the world. combining Falcone technology with ancient Dwemer circuitry, Lex revives and old Sentinel intelligence known as pone Tron. Phone defeats Lex, and goes on a crusade to rid the baby verse of all organic life. With this new threat looming, a team of highly intelligent armor wearing Heroes decide to put an end to it. That's the daughters of Steel are born. The iron baby noted for her intelligence and ability to develop new weapons and Technology. Agent pudding known for her bravery, tactical knowledge, indestructible Shield, and evolving Pacifier armour. And big sister, whose armor is a transforming weapon with endless energy conduit. They are what stand between the babiverse and total assimilation. Starring Jack Black. #pudding #drawing #art #cartoon #colorful #superhero #girl #colorful #hero #baby #freetoedit
#remixit