Lessons in Composition from the Nevada Desert

With a 17mm or similar lens, creative photographers can make a natural element appear larger than it actually is. That was certainly the case at the, “Fire Wave” in Nevada’s Valley of Fire State Park. The windswept sandstone features a dramatic curve with contrasting bands of color. To the naked eye, it’s much smaller than it appears here. By lying down and shooting wide, you can create an optical illusion, making an already popular location, even more grand. 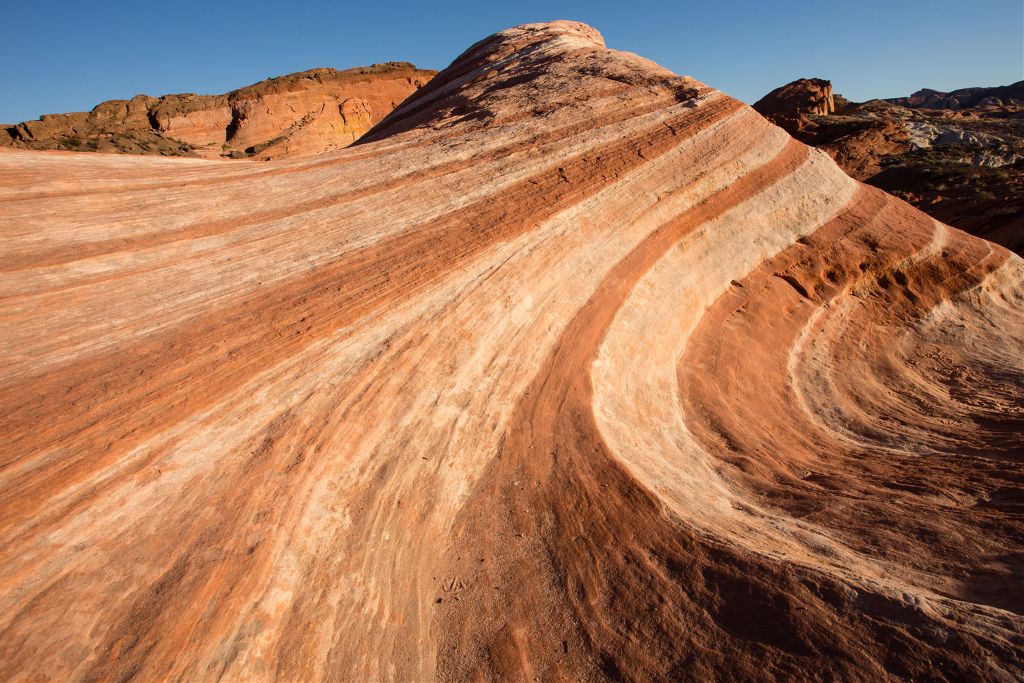 Perhaps the most famous moon image was Ansel Adam’s “Moonrise, Hernandez” captured in New Mexico. He had a rush of excitement when he saw the scene, and noted that he “almost ditched the car” to catch the shot. The moon has that kind of elusive beauty, and I felt a similar sense of urgency while driving through Red Rock Canyon. Just twenty minutes after sunset, the soft pastel-like colors of dusk lingered over the mountain range as the nearly full moon illuminated the foreground. Despite the fleeting light, it’s still necessary to set up the tripod for truly sharp exposures. This is especially true in low light as exposure times can often be several seconds. 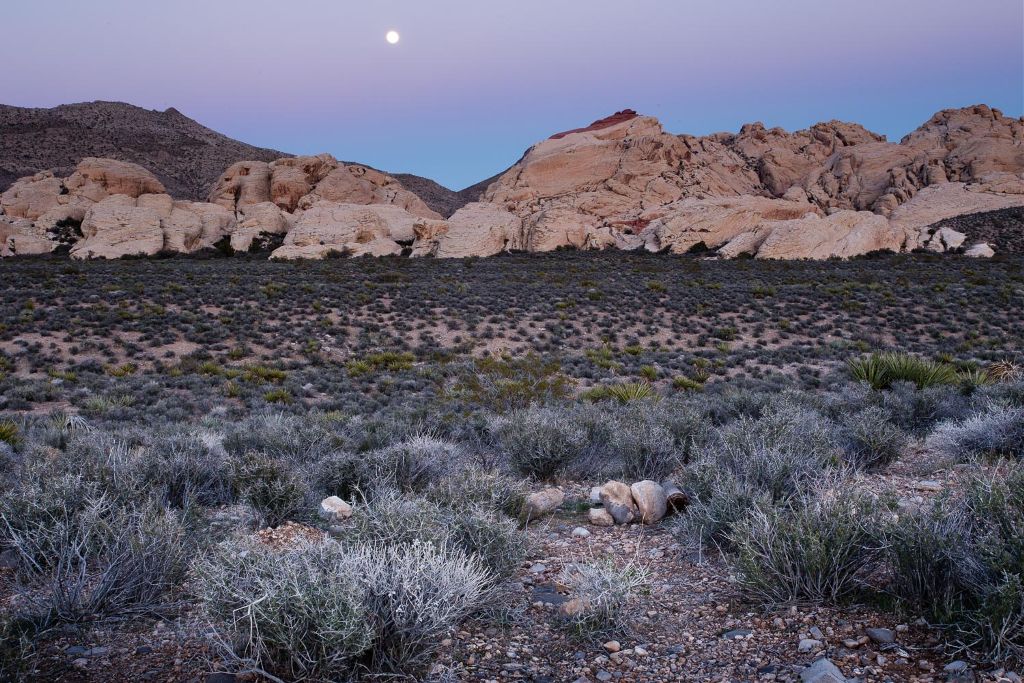 The gentle hues at dawn are worth getting out of bed for, but color along won’t hold the viewer’s interest. To make a dramatic impact on your scenic and travel images, find a strong foreground element. In the desert, this is particularly challenging as you don’t have a body of water to use for reflections, or a field of wildflowers. In this instance, the bold cactus balances the composition. To make sure everything is sharp from near to far, a small aperture of f16 was used. Remember, the greater the f number, the greater the depth of field. 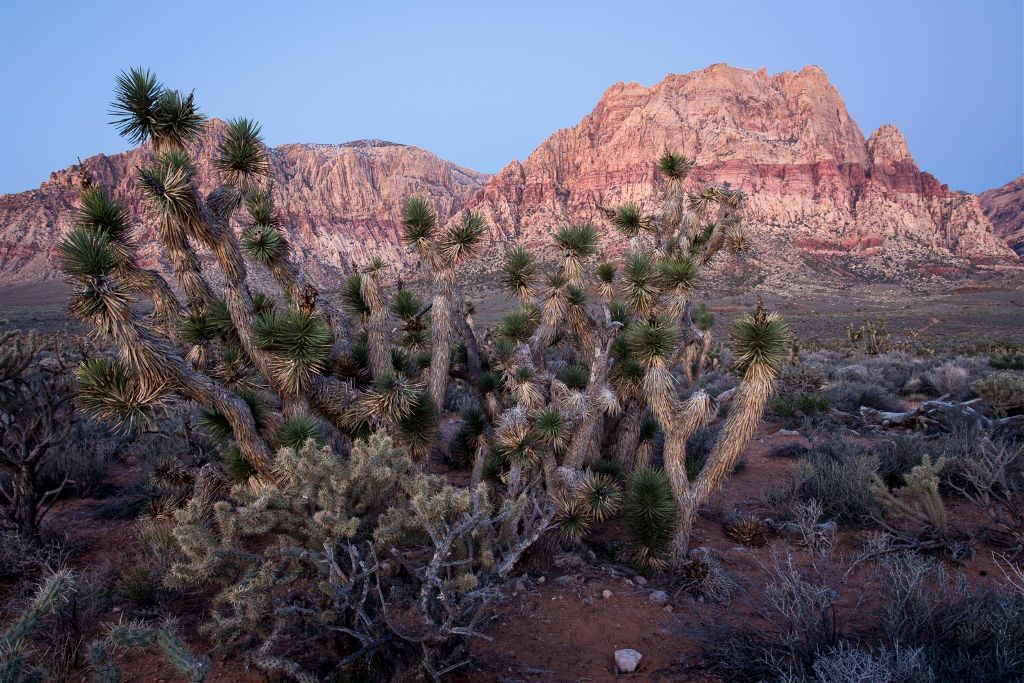 Vast spaces of remarkable beauty can overwhelm even the most seasoned photographers. With all of this incredible subject matter, where does one begin? When this happens, I focus my efforts on the smaller details. By slowing the pace, you’ll notice the terrific opportunities that most pass right by. From the patterns in the sand, to a windswept arch, the desert holds endless possibilities for creative composition. For this photo, I held the camera inside an opening in the rock wall. A higher ISO was necessary to properly expose the darker shadow areas. 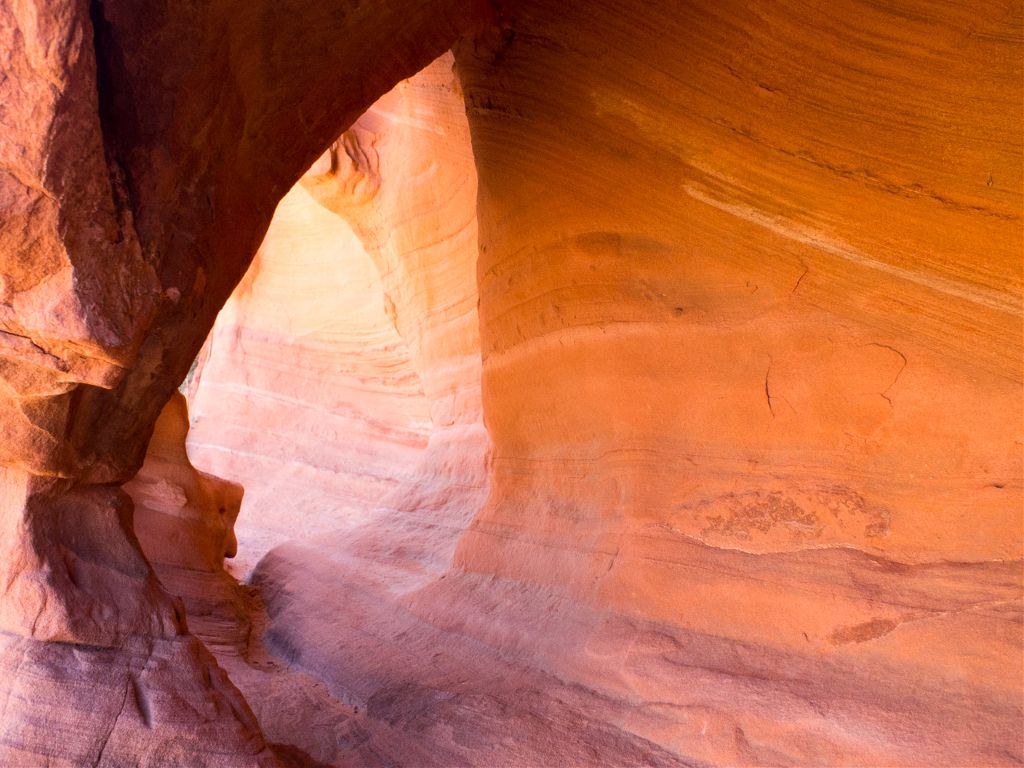 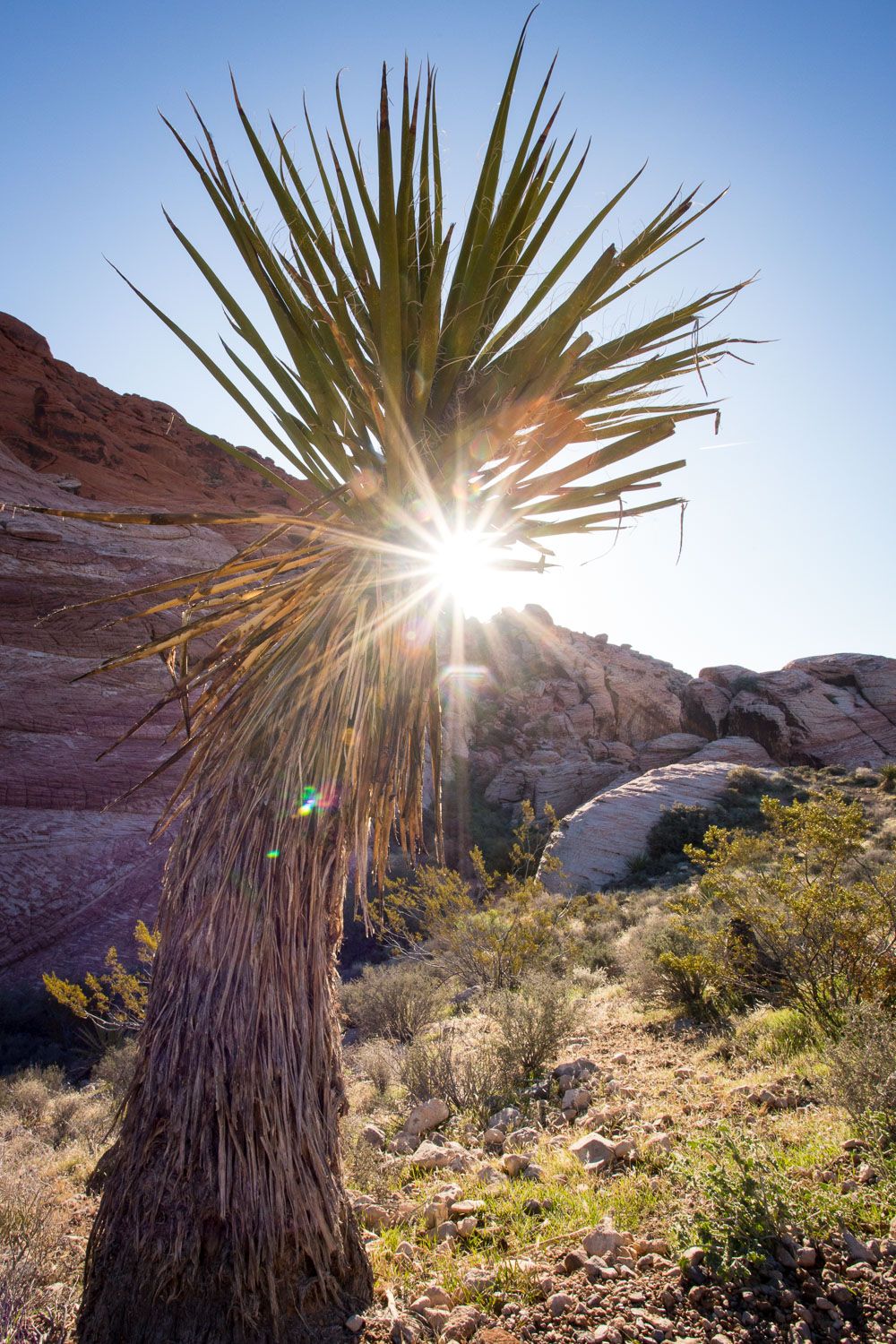 5) Don’t Be Fooled by Sunset Times

When working in a desert area surrounded by mountains, the precise time of the sunset can be deceiving. While the actual moment it dips below the horizon may be 5:30pm, it can be blocked by mountains 30-45 minutes earlier than that. To avoid missing the magic light, plan your excursion accordingly. Be sure to leave extra time for the inevitable photo stops along the way. By doing so, you’ll have an opportunity to shoot a number of locations in this splendid light. 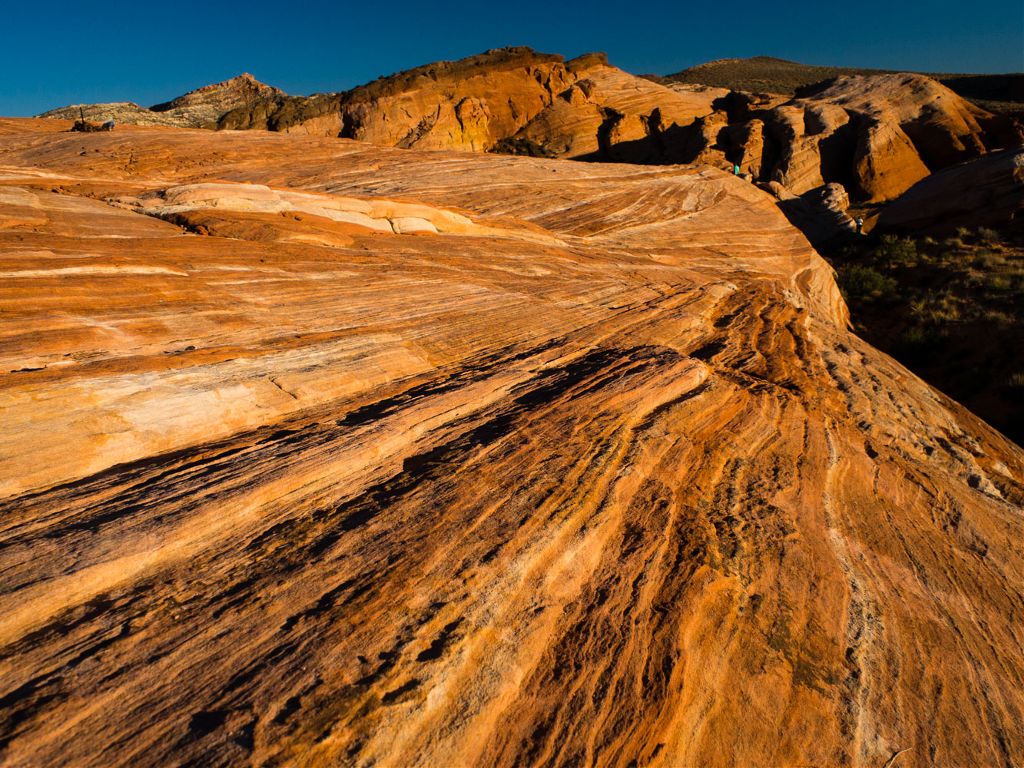 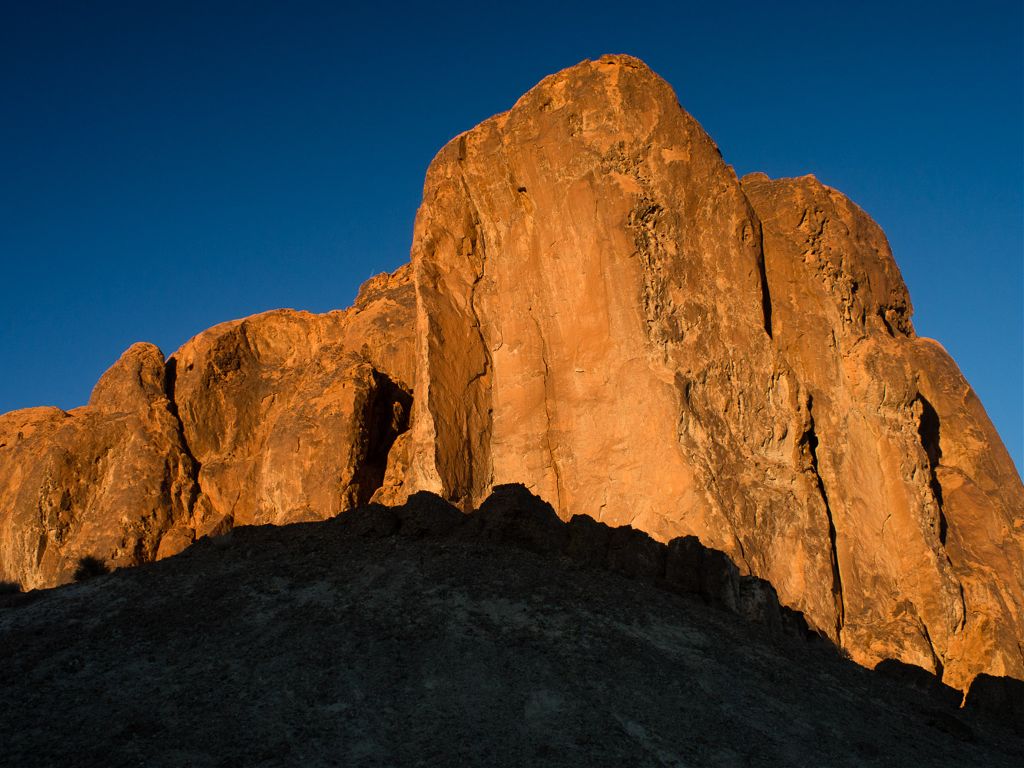 6) Find Your Own Vision

Even in a remote location, you’ll find man made signs that dictate where the best views are typically found. In my experience, this is the last place you want to take a photo as everyone else has created the same image. 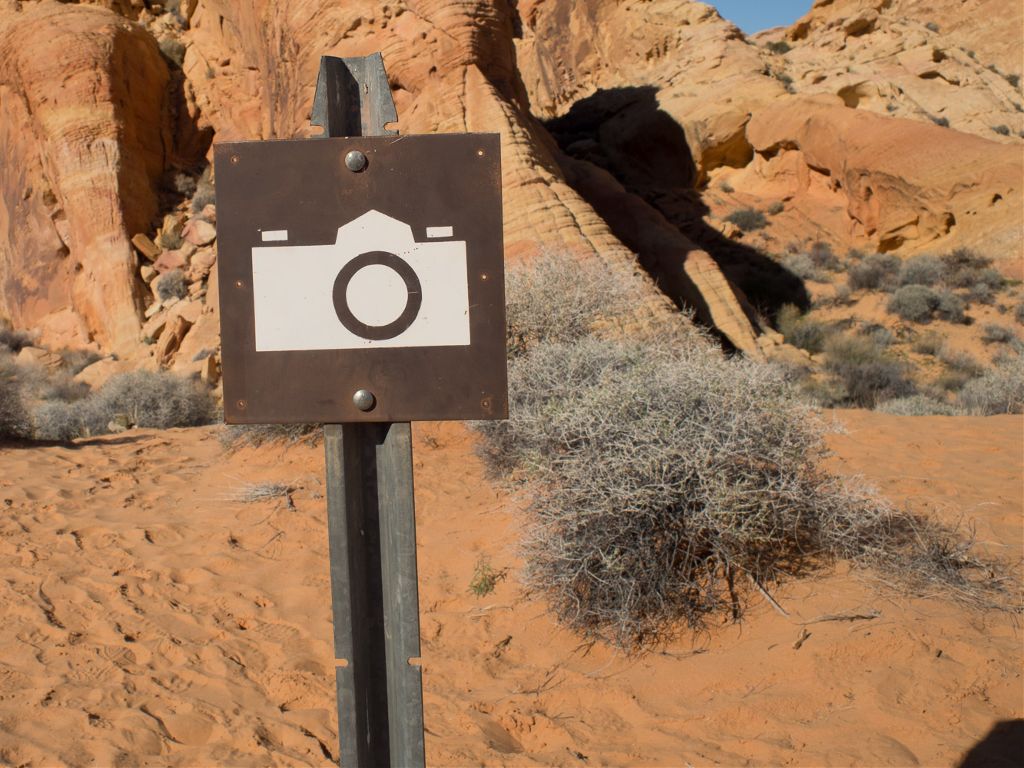 Sometimes, having less gear allows you to do more. Rather than packing a heavy bag, bring a light camera so you can go further along the trail. In these quieter regions, you’ll not only find unique images, but a chance to connect with the peaceful nature of the desert.