The subjects who appear in St. Louis-based photographer Nic Tullis’ extensive portfolio seem to drift with a purpose through the screen of the viewer and become five-dimensional human beings, hundreds of pairs of eyes staring at you, each quiet set of retinas and pupils inviting a different dialogue on so many social issues facing America today. Homelessness, racism, and income inequality are among the topics that gently but purposefully appear in Tullis’ photographs — and while the potential conversations that may possibly come attached to his photographs could vary, his work centers around one common interest: the art of compassion. Tullis’ snapshots and their considerate curation across a vast collection of social media networks fuel a poignant, relatable, and abundantly compelling call to arms on social change in America today.

Your photographs seem to invite responsible conversation on social issues facing this country right now. When you first started snapping these photos, was this one of your goals?

My initial goal was to break down barriers by sharing the stories of those who come from a different background than I do.

What do you mean by “barriers”?

By saying “breaking down barriers,” I am referring to attempting to make people, who may judge someone or something without knowing the situation, stop and think before passing judgment. Like people who assume that someone who is homeless is automatically selfish, lazy, addicted to something, or dirty. Oftentimes, people will make these assumptions, but if they can see or read just one of the stories I share, maybe they will think twice before assuming.

Your feeds across various social media networks like Facebook and Instagram run like social commentaries, capturing specific moments as seen through your eyes — but also through the eyes of your subjects. Each of your photographs tells a new story about so many of the aforementioned social issues in America: racism, income inequality, and homelessness. How do you see Instagram as a tool to create positive social change?

One of the biggest ways I see social media in general impacting racism, income inequality, homelessness, and other social issues is by encouraging conversation and teaching future generations that things aren’t always as they appear. For example, several of my photos are being used in a social issues textbook in colleges across Brazil to demonstrate this very point and to encourage future generations to lead by example.

What an incredible impact you’ve already had. How did you come to find out that your work was being featured in textbooks at colleges across Brazil?

I was actually contacted by Moderna, a textbook producer in Brazil, after they read an article about me on Medium.com. They had a chapter in a recently published textbook about social change and how one person can in fact make a difference. Because they were marketing the book to universities, thereby republishing my photos, they contacted me to obtain permission to use my photos and to follow up on the questions asked in the original article.

I feel like I’ve seen you utilize the hashtag #PostThePeople quite a bit. Tell me about it.

To me, the #PostThePeople hashtag is all about sharing photos and stories of the people that you encounter throughout your life.

So essentially, you’re utilizing a popular hashtag feature to commandeer more of a response and outreach?

Exactly. To invoke sincere and progressive dialogue on certain topics.

What’s your process for choosing which photos make it into your various online platforms?

To be honest, there isn’t really a process. I won’t post a photo unless it’s a banger.

That makes sense. I don’t like to share any of my own work unless I know that it’s absolutely going to say something that I fully trust, something I just know inherently. For you, what makes a photo a “banger”?

To me, a banger is something with impact — good or bad — and something that tells a story or shines a new light on something often overlooked. The photo has to be technically as sound as my skills allow, and should evoke a thought or feeling from the viewer.

As an artist with a dialogue whose platform includes commenting on social issues facing Americans, do you feel a certain level of responsibility in using your growing online presence as a tool to create conversation and ignite social change?

The only thing I’m trying to do with my page is to lead by example and encourage others to treat everyone they meet with decency and compassion.

How do you define compassion? Have you seen the internet help you rally others to take up compassion across all populations?

By compassion, I’m basically just saying to be a decent human being. I try to encourage people not to rush to judgment or jump to conclusions. Just because someone or something doesn’t meet your personal standards, that doesn’t mean that it should be scorned, ignored, or judged harshly. And I hate to say that I’ve had a hand in significant changes, but there are those in the local St. Louis community who now go out to share similar stories, and, during their encounters, provide those on the streets with companionship and/or “blessing bags,” like I hand out Bombas socks. Those encounters may be the only friendly conversation and/or companionship they (the homeless) get that day.

Who is your favorite social change photographer? Tell us in the comments below. 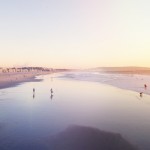 Before & After: Editing DSLR Photos on the Go 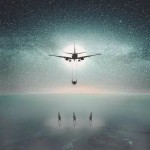