The title of this article says it all. It’s time to get to know the ancestors of your beloved smart phone! 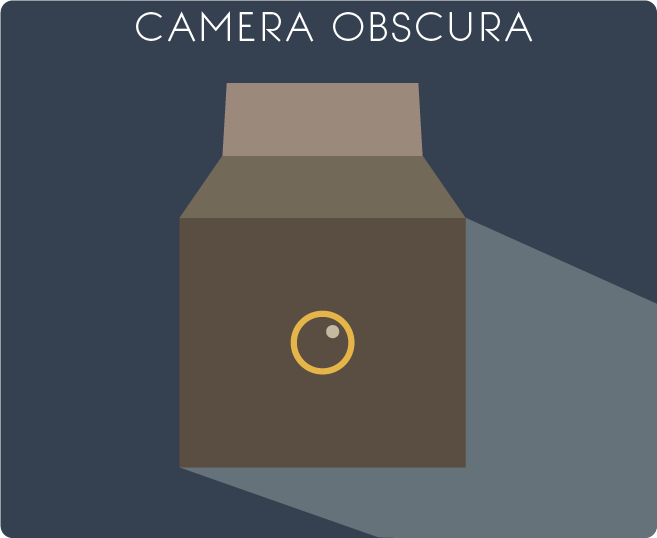 The camera obscura,  Latin for “dark room,” is the first step of innovations to what would eventually become the modern camera. It was more of a projector than a camera, really, because it couldn’t store any image, but merely reflected light rays onto the wall of a box through an aperture, which is a small hole containing a lens. Incredibly enough, the device dates back possibly to the ancient Chinese and ancient Greeks, but the first official records of one was in 1021 AD, when an Arab physicist named Ibn al-Haytham published “The Book of Optics” and created the first prototype. Check out this great video with an awesome 90s-style intro from School Tube if you want an in-depth explanation of how the camera obscura works. 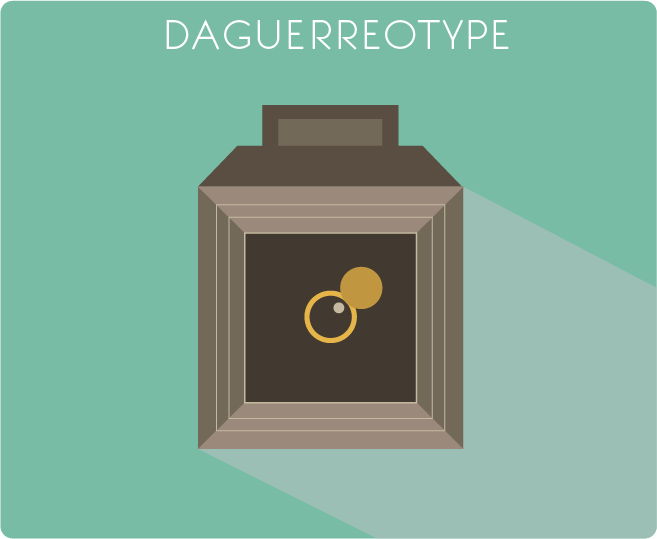 In 1727, German physicist Johann Schulze discovered the essential piece of science that would underpin all photography to influence the history of the camera until the late 20th century: that silver-based chemical salts are sensitive to light. However, it took a century for this process to actually culminate in a photograph. Though French inventor Joseph Nicéphore Niépce pioneered the world’s first photograph in 1827, it wasn’t until a decade later that Louis Daguerre, an artist, chemist and student of Niépce, created the first device that involved photographic processing using chemicals, which came to be known, of course, as the Daguerreotype. Believe it or not, the exposure time for this camera was anywhere from 10 to 12 minutes! It produced images that were reversed from left to right. Today, there are still photographers that specialize in this type of photography and consider it an art from, as you can see in this beautifully shot video by Patrick Richardson Wright. From start to finish, the time it takes to prepare, take and process the photograph is over six hours. 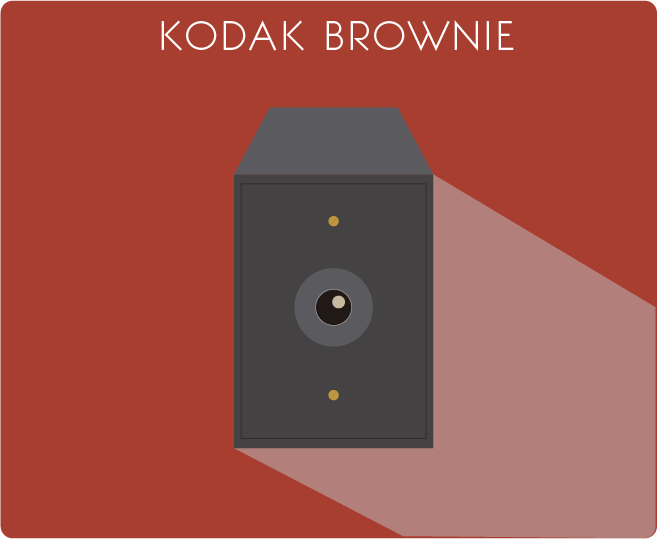 By the late 19th century, George Eastman pioneered the use of photographic film, producing a camera he called the “Kodak” in 1888. In 1900, he took mass-market photography to unprecedented heights with a simple and inexpensive box camera model that he called the Brownie, named after the mischievous sprite-like characters from a Palmer Cox comic strip. Kodak marketed the Brownie heavily to children, highlighting its ease of use. Thanks to its low cost (it was $1), the Brownie was the first step into making the photographic camera a household commodity and popularized the concept of the “snapshot.” The Brownie was extremely popular and in just the first year, Kodak sold over a quarter of a million of them. You can still find them easily today. For anyone looking for a better idea of exactly how to operate the Brownie and all of its features, here is a fantastic video for your reference by Joe Hy, a photographer based in New York. 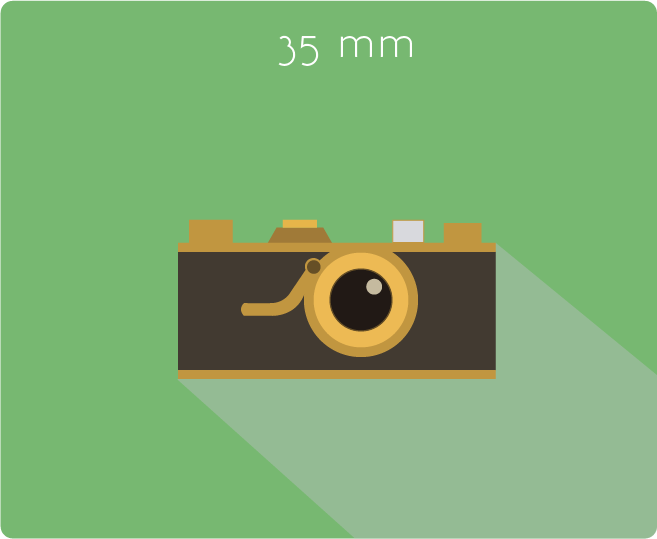 35mm film was first developed and produced by Thomas A. Edison and Eastman Dry Plate and Film Company. It was originally used as film for motion pictures, and the German company Leitz Leica was the first who decided to investigate using 35mm cine film for still cameras, while attempting to build a compact camera capable of making high-quality enlargements. He built his prototype 35mm camera around 1913, though further development was delayed for several years by World War I. It wasn’t until after World War I that Leica commercialized their first 35mm cameras. The Leica’s immediate popularity spawned a number of competitors and the 35mm became the standard format of choice for high-end compact cameras for decades to come. For a brief run-down of one of the first Leica models, check out this neat little review on YouTube by Shawnee Union. 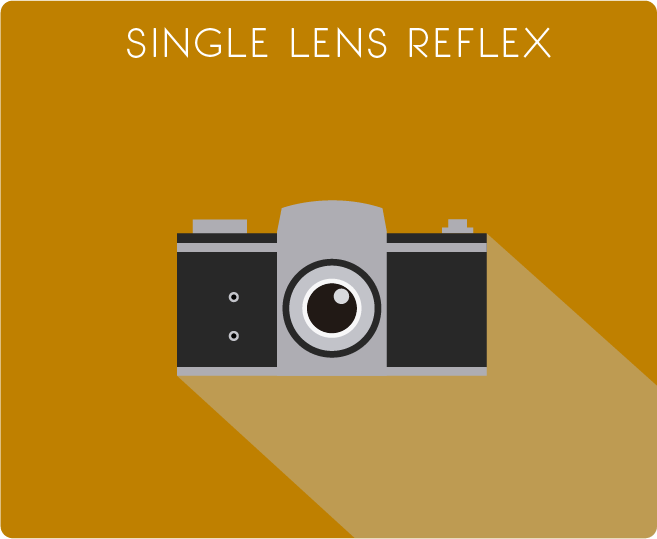 The next innovation to revolutionize the history of the camera in photography was the use of a single lens that functioned both as the recording medium and as the portal through which photographers could view the shot before it was taken (also known as the viewfinder). Before this point, camera designs were forced to include two lenses, which often resulted in parallax issues (the alignment between what you see in the viewfinder and the image that the camera actually captures). The SLR (Single Lens Reflex) was the solution to this frustrating design problem. It uses just one lens, and by using mirrors to reflect the light that enters the aperture to the viewfinder, the image you see is exactly the image that will be projected onto the image sensor. The first SLR camera to be introduced into the market was the Exakta, a model produced by a German company in 1933. 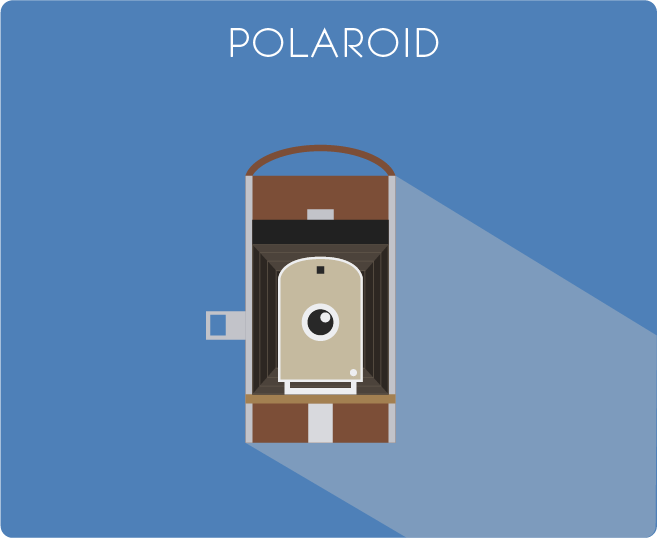 On February 21, 1947, Polaroid unveiled the first-ever instant camera at a meeting of the Optical Society of America in New York City. They featured an instant camera that uses self-developing film to create a print shortly after taking the picture, where chemicals are embedded into the photographic paper and the camera itself squeezes them onto the film as it prints out the snapshot. It took about a minute to print. 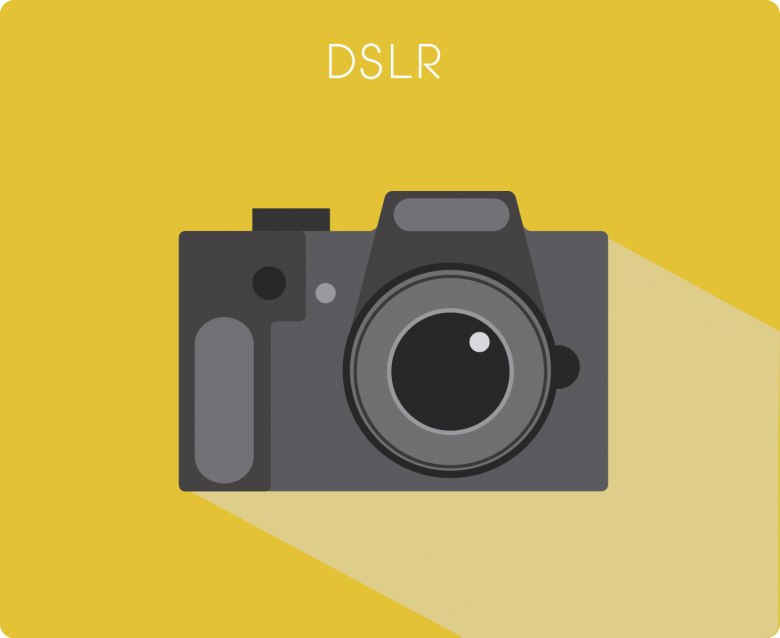 Let’s fast forward to the eighties. The same decade that witnessed the birth of the mullet and the Rubik’s Cube also saw the first commercially available portable digital cameras. For more on the technicalities of this camera’s functioning, see this video by PhotographersOnUTube. 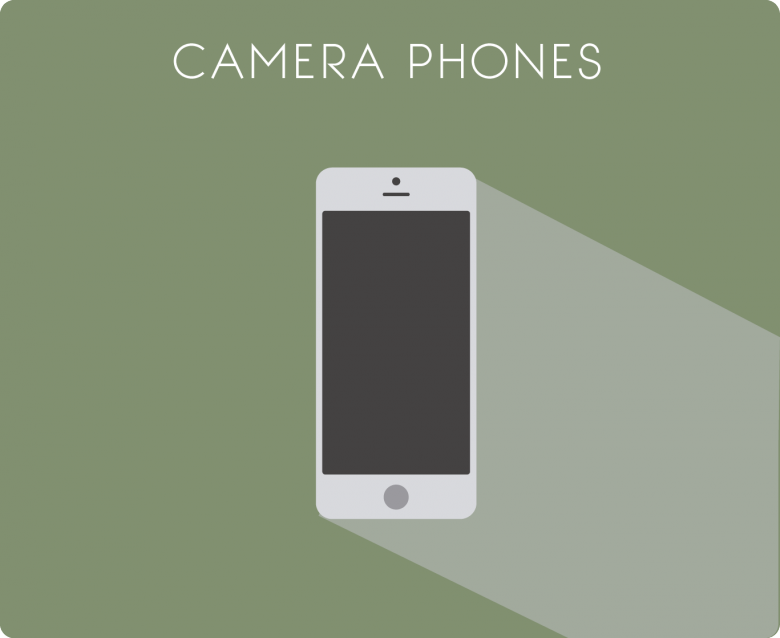 You knew it was coming. No history of the camera would be complete without a survey of the modern-day camera phone. It has changed the face of modern photography. Today’s photographers are more mobile than ever before. And while some decry the democratization of cameras via smartphones as the “death” of photography, this article demonstrates that if anything can be said about photography’s evolution, it’s that this isn’t the first innovation that’s revolutionized the genre — and it certainly won’t be the last.

Original vector graphics for this article were designed by FreePixel. 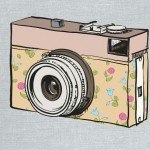 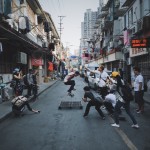 We Walked The World And The Photos Are Beautiful.