Is Magenta a Real Color? Color Codes and How to Work With It

Today we’ll be talking about an extra-special color: magenta. There are two ways that color is made: mixing paint and mixing light. You might remember from art class how your teacher taught you to mix red and blue to get purple.

The human eye and the brain work together to translate light into color. Isaac Newton was the first to write that color isn’t inherent in objects. A red rose, he discovered, isn’t actually red. Instead, the surface of the rose reflects some colors and absorbs the rest. What we’re seeing are the reflected colors. An object appears white when it reflects all colors, and it appears black when it absorbs all colors. Pretty trippy, right?

Light is additive, meaning you add different kinds of light to get different colors. The more light you add, the brighter the color. That’s why when you mix red and blue light, you don’t get purple, you get a very bright magenta, with a color code of #FFOOFF.

A bit of history on the color magenta. It was originally known as fuchsia, which was first introduced as the color of a new dye called fuchsine in 1859 by French chemist François-Emmanuel Verguin. It was then renamed magenta in the same year to celebrate a victory of the French army at the Battle of Magenta on June 4, 1859, near the Italian city of that name.

Here’s how it works: When trying to determine color, the light receptors in our brains average the colors on the spectrum and see the color in the middle. The brain has three receptors, which are sensitive to different wavelengths. Our brains add together red and green light and see yellow, or add together blue and green and see cyan. But red and violet are on the opposite ends of the color spectrum. Technically, we should just see green, but instead, our brain invents magenta. It’s fascinating when you think about it. In the words of Pablo Picasso, art is a lie that makes us realize the truth.

Magenta has enchanted artists for centuries with its bright personality, individuality, and elegance. Color psychology identifies magenta as the color of the non-conformist, the spiritually minded, and those who desire a deeper connection to life. Designers often turn to magenta for its energizing qualities, the way that it carries equanimity, energy, balance, which is often used to promote ideas of peace and kindness. The Victorians thought magenta was the color of high society, and used to drape themselves in magenta velvets. Henri Matisse, and other artists in the 20th-century modern art movement, famously preferred to use magenta in landscapes and portraits instead of more realistic colors. He knew that it would surprise the people who looked at his paintings and that they might even be moved to feel new emotions.

Of course, every person perceives color differently. That’s because every person has a different sensitivity and appreciation for color. About 8% of men and 1% of women have some sort of color impairment, and many don’t realize that they perceive color a little differently than others. It’s part of what makes us unique, and what makes colors so magical.

How to Use Magenta

In the RGB color wheel, which is made from three colored lights for red, green, and blue, hex code #FF00FF is made of 100% red, 0% green and 100% blue. Remember, the brain goes around the color wheel to make magenta, so magenta is made when you take the maximum amount of blue and red and mix them together, without any green in it. In color printing or the CMYK color space, magenta is one of the four primary colors: magenta, cyan, yellow, and black. It’s also possible to create any color by changing the intensity of the colors. 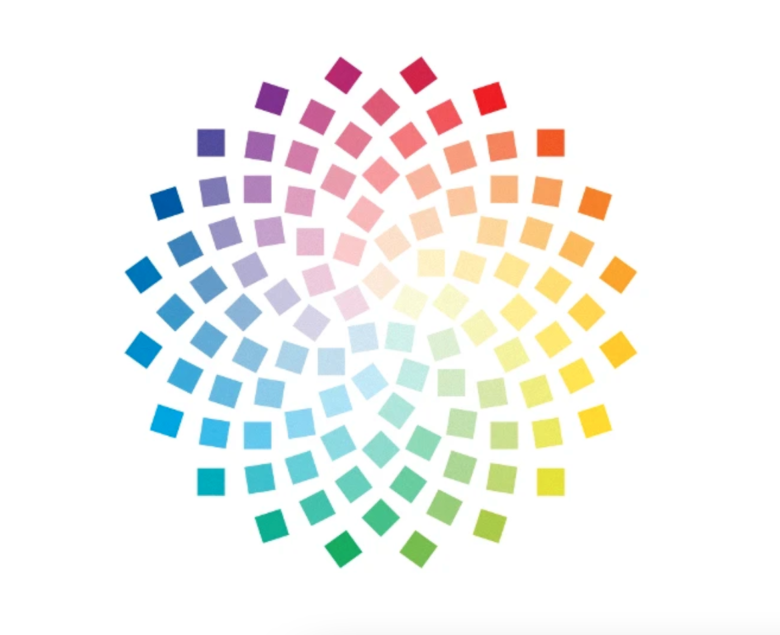 Graphic designers know to design on screen in RGB, even though their final printed piece will be in CMYK. Digital files should be converted to CMYK before sending them to commercial printers unless the print shop requests something else.

RGB and CMYK colors are close, but not perfectly identical. Therefore, use swatches when you’re designing if exact color matching is important. For example, a company’s logo and branding material may use a very specific color. If it is recognizable enough, color and the most subtle of shifts in it will be recognizable, even to the average consumer.

In color printing, the color called process magenta, or pigment magenta, is one of the three primary pigment colors which constitute the three subtractive primary colors of pigment. The secondary colors of pigment are blue, green, and red, so the hue magenta is the complement of green. Therefore, magenta and green are opposite colors.

There’s one other thing that’s special about magenta: It appears different electronically as it does on paper. Web magenta, or magenta on a screen, is much more vivid and bright than process magenta, or the magenta that would get printed from a CMYK printer. So when making designs on photo editing apps, like Picsart, feel free to use as much magenta as you like. 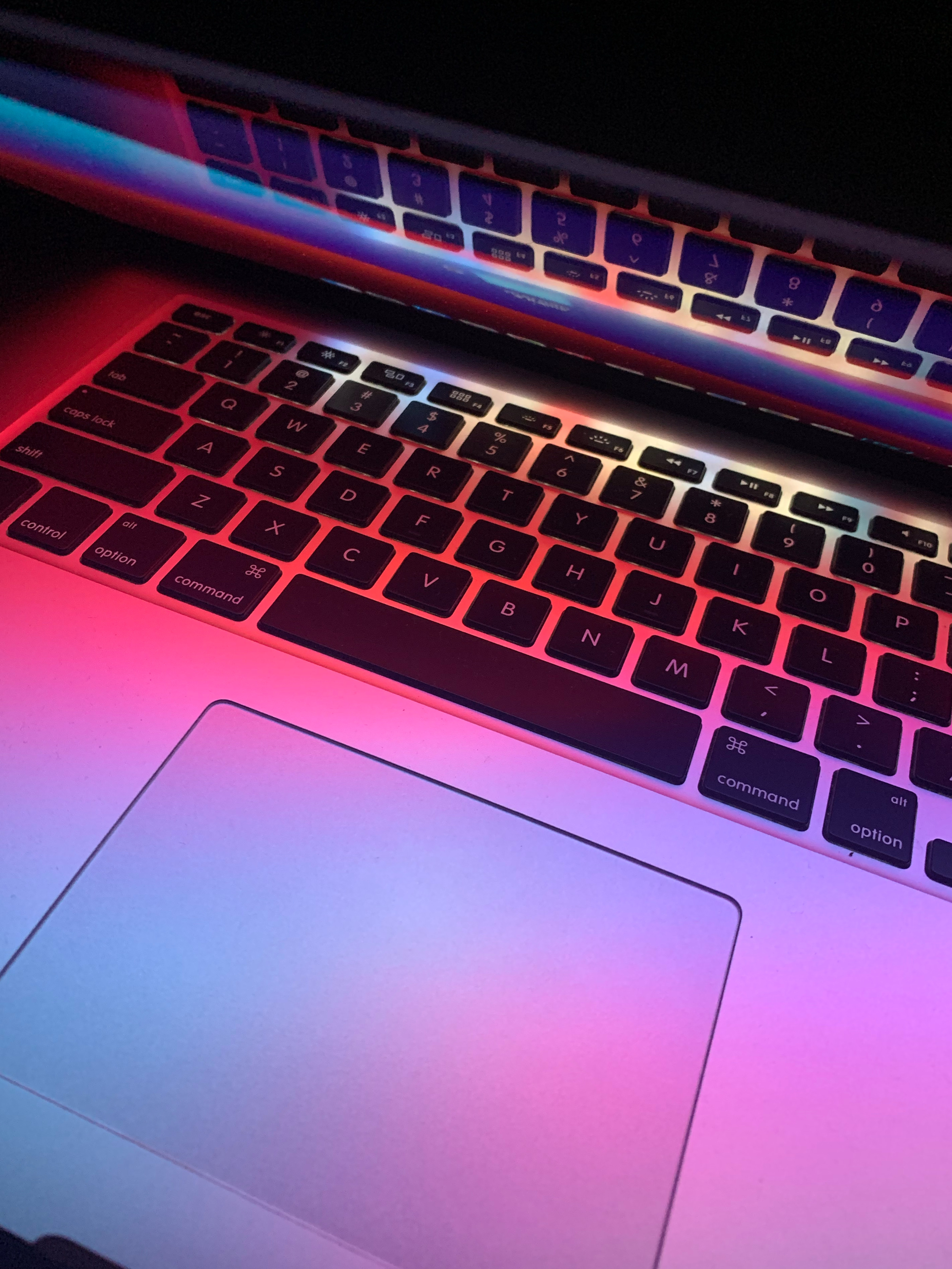 Complementary colors, or the opposite color on the color wheel, are a great way to achieve harmony in design. Scientists who have studied throughout history found that the arrangement of colors by their complement is one of the most pleasing things to experience, and could be used while creating anything, from textiles to gardens. These studies were read by some of the world’s most famous artists, like Vincent Van Gogh, who began implementing these principles in their work. 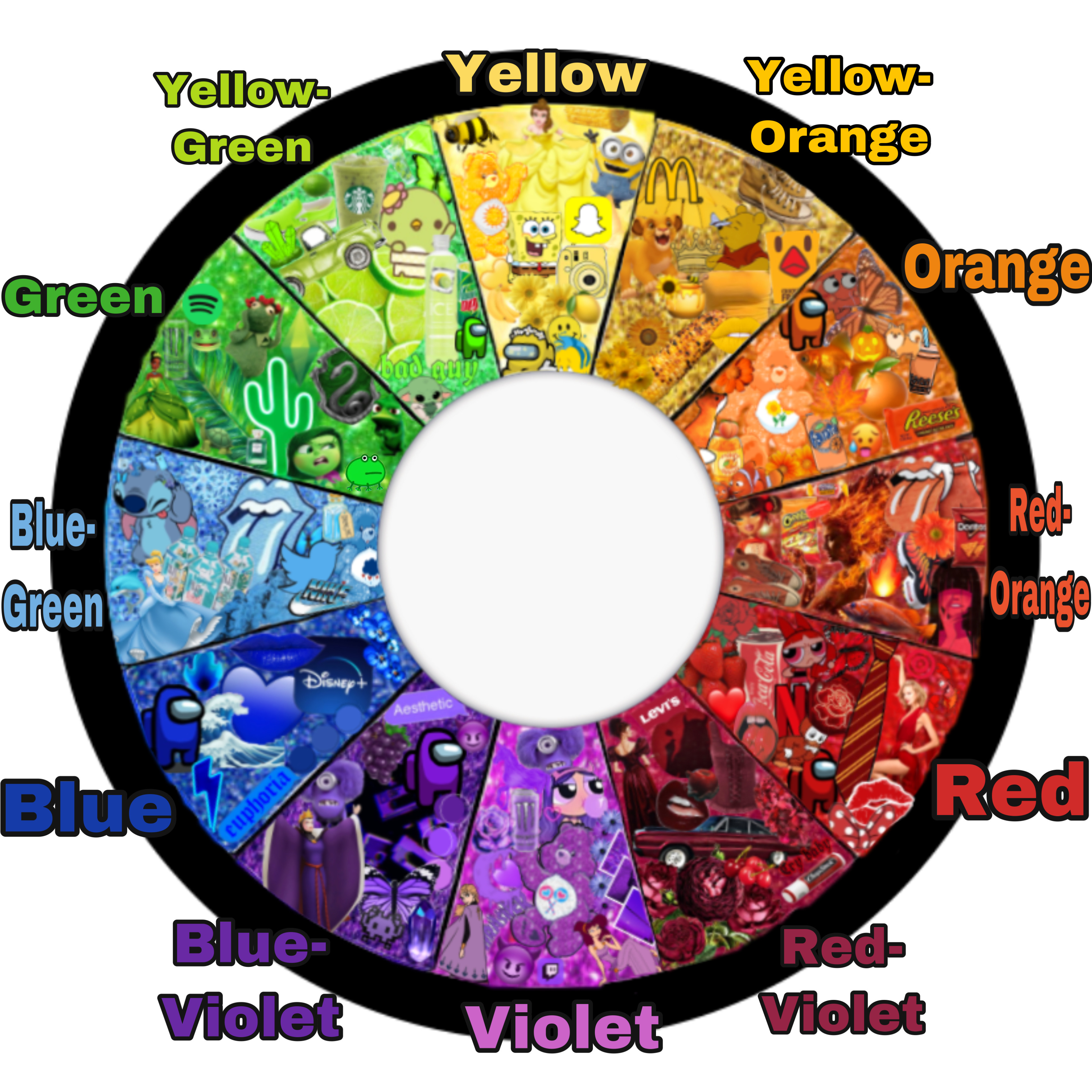 A simple way to create a cohesive aesthetic for your photography or creative design is to pull the colors from an image by using a color palette generator, like the one you can find on Picsart. There are endless possibilities when it comes to creating a palette from your favorite colors and using them to inspire your editing.

Magenta’s complementary color is green, and the two look great together, but that isn’t the only color that goes with magenta:

With so many colors, how do you choose which ones to use? You can start by imagining a bold design, or by taking inspiration from your favorite images, paintings, or scenes in nature, all while knowing that magenta looks good with just about any color you can imagine.

Create Your Own Fantastic Magenta Designs

Want a little more inspiration? Here are some ideas on how to create your own masterpieces using magic magenta.

Magenta can serve as a pop of color on your artist’s palette and on your makeup palette. There’s a reason why the color pops up as a favorite choice for makeup artists who work with celebrities, and why top fashion brands and magazines predicted bold-toned makeup looks would be the next hottest trend. If the usual lip colors aren’t doing it for you, magenta is a color that brightens and appears flattering on any skin tone. You can create a flattering magenta lip with makeup or with the Retouch tools on the Picsart app. In this Replay tutorial, bold magenta-hued makeup looks are enhanced with Objects, a popular editing tool. 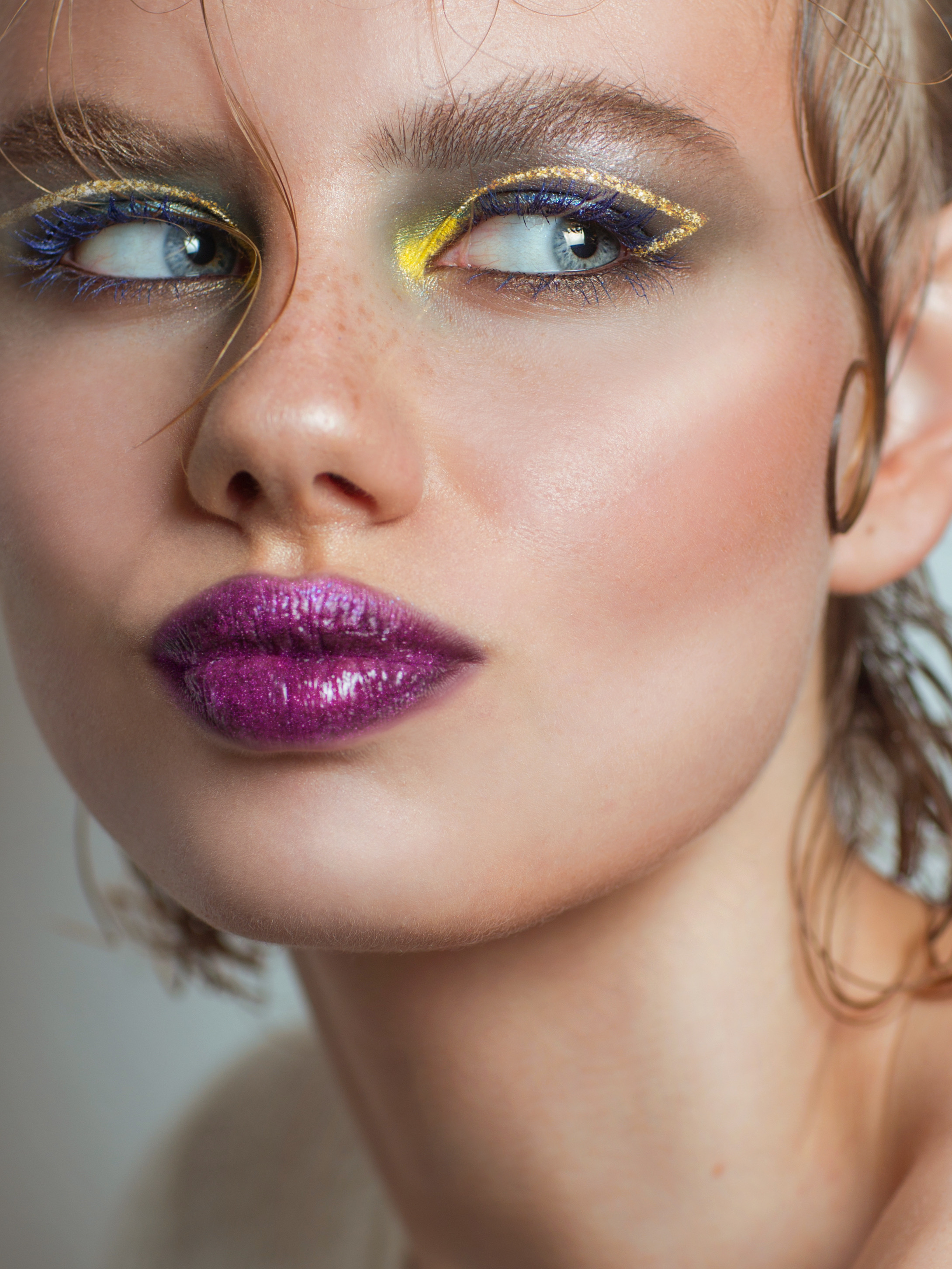 There’s a reason magenta is such a popular feature in graphic design. Magenta offset by purples, pinks, black and white, along with the collage features, represent a unique mix of history and archeology with new media. 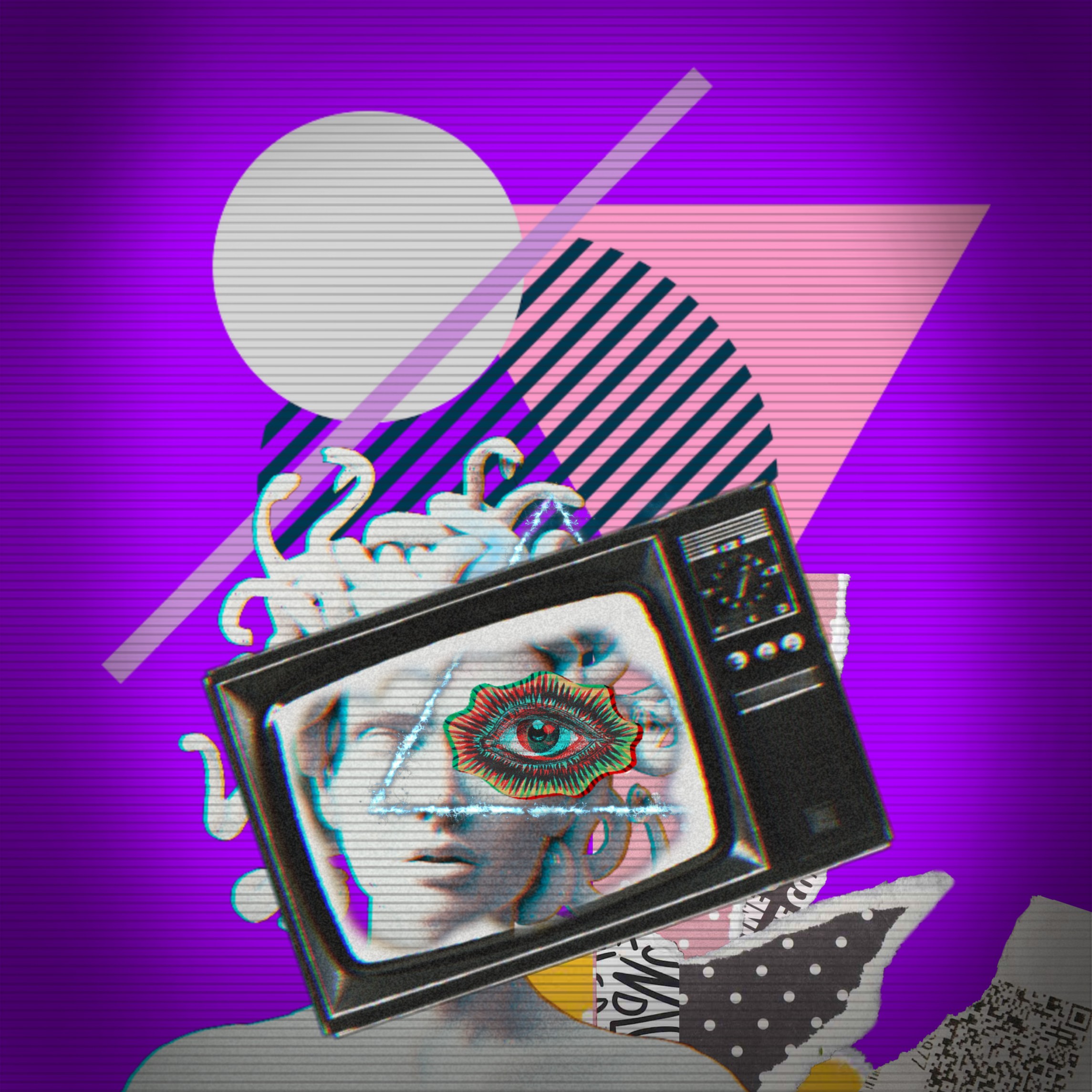 Shapes can be used in creative and unconventional ways in graphic design. The shapes in an image can be contained within lines, or implied by changes in color and value. For example, the magenta shapes in this background image have the natural contour of hills, clouds, or a night sky, when really, they’re just created digitally and arranged on a canvas. Either way, it’s a cool background for your newest work of digital art. 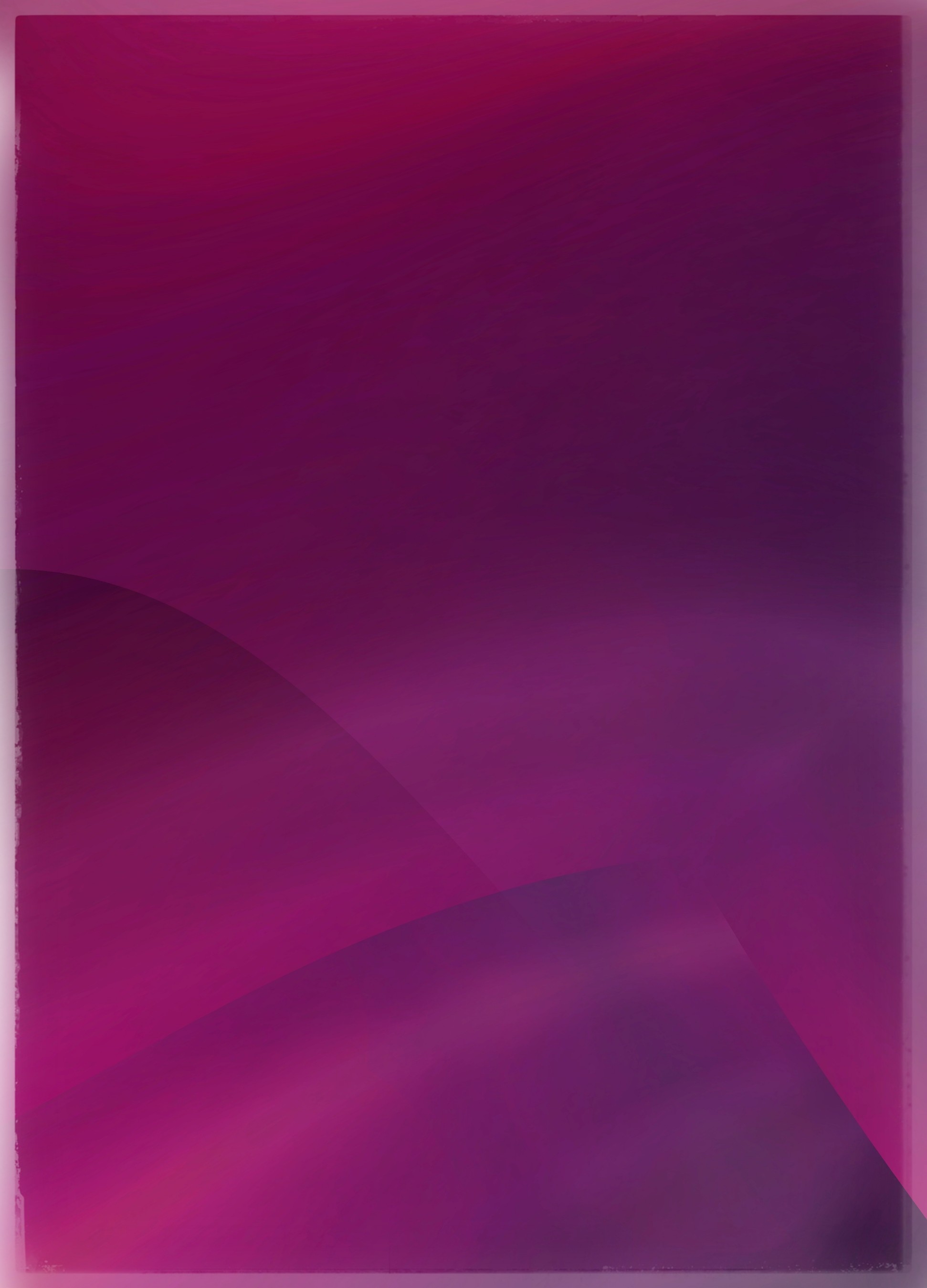 Just because magenta doesn’t appear on the color spectrum, doesn’t mean it can’t be found in the natural world. We see magenta in flowers, in the colors of twilight and sunset, and in between the two parts of a rainbow. Photographers often spend so much time trying to focus, that they can lose sight of the softness of images. It’s possible to shoot through flowers to create a dreamlike effect. You can also experiment with nature photography by drawing the eye of your audience to different parts of the photograph. For example, playing with depth of field can help you highlight the colorful or interesting details of your art. 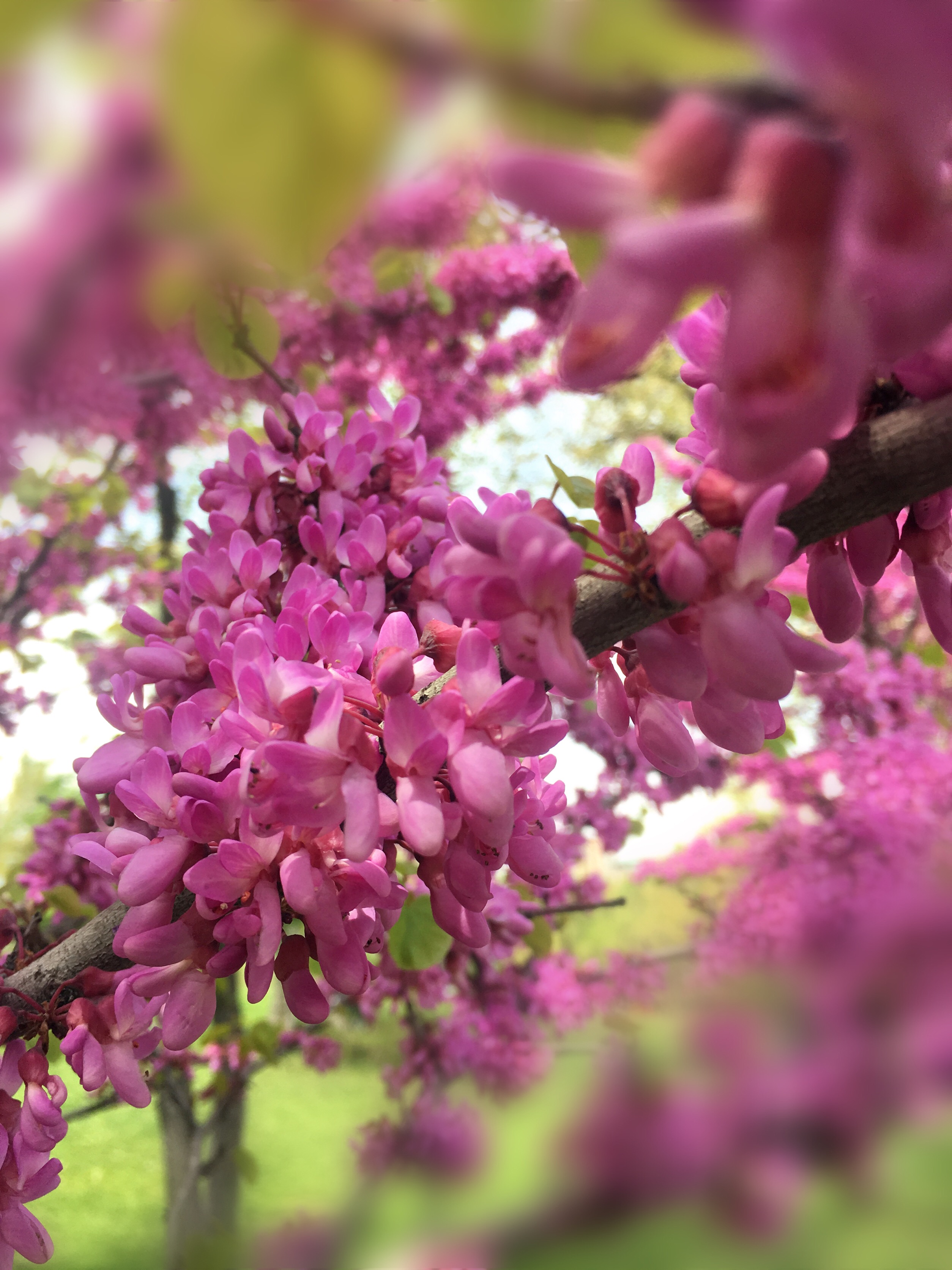 Neon hues and lights are a fast-growing trend in art and digital media. The word “neon” broadly applies to a wide range of ultra-bright colors that you might recognize for their fun, frivolous feeling. With the revival of 1980s design styles, artificial-inspired magenta is often used by creatives to attract a viewer’s attention, and give designs a summery or nightlife-inspired mood. 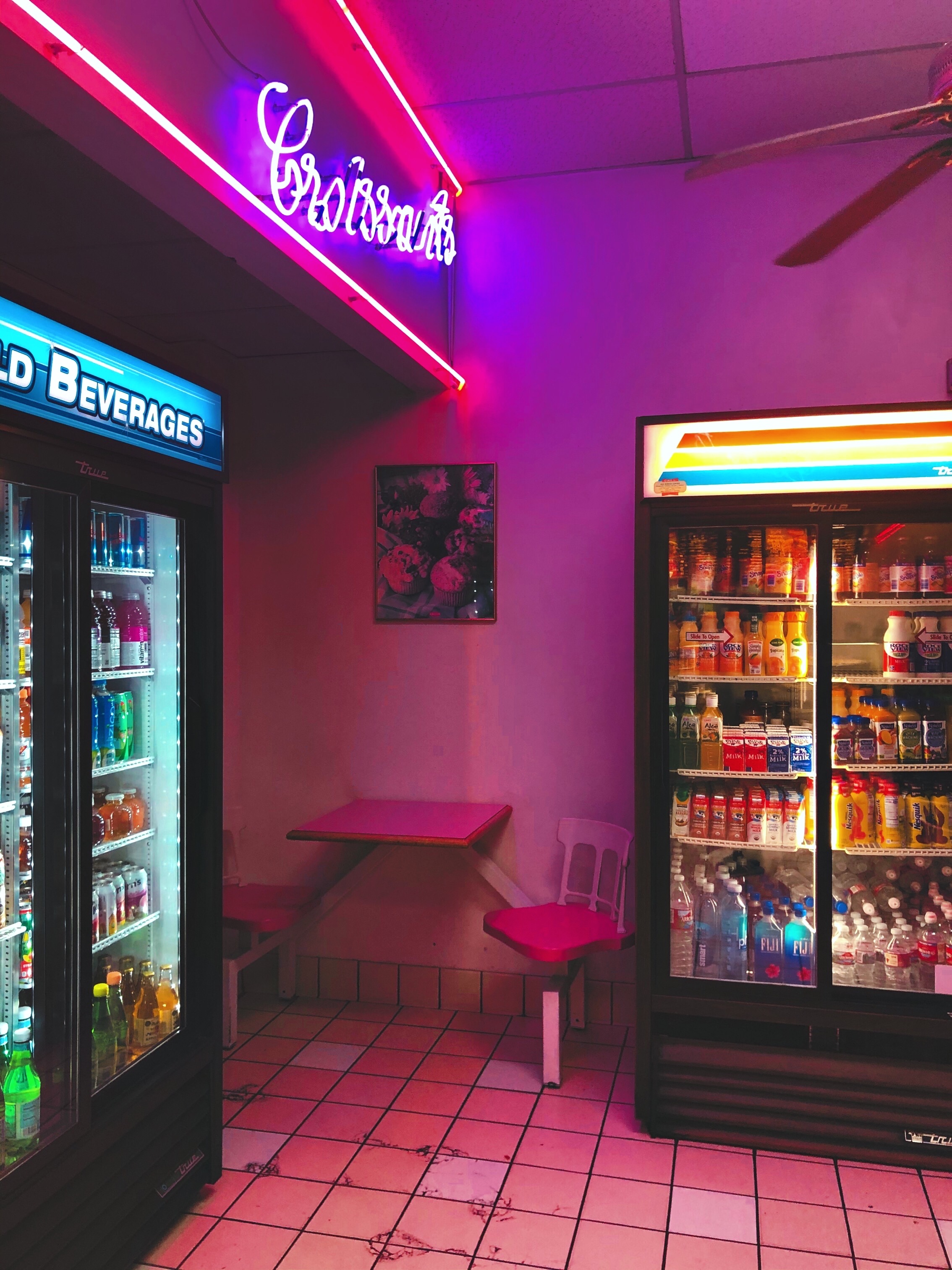 In addition to finding ways to depict neon in your photography and design, you can add electrifying and fluorescent neon colors into your designs by surrounding yourself in neon lights. Want to create a poster or advertisement that uses edgy neon colors? You can use the Text Tool on Picsart to create a glowing neon text effect. 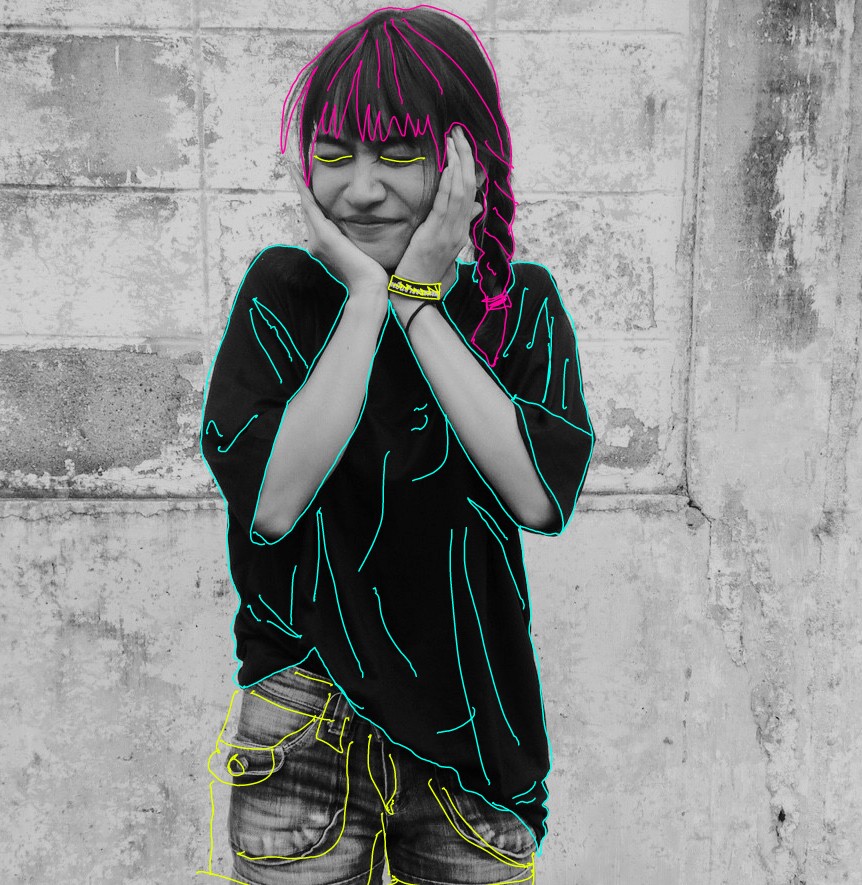 Digital collage is a fun way to add some magenta-inspired chaos to a familiar or recognizable image by combining objects of a similar mood, color, or theme to create new meaning. It’s a great way to bring your zaniest and most creative ideas to life.

Fan art collages, for example, enable you to take the familiar face of an influencer and use magenta stickers and effects to create something totally new. 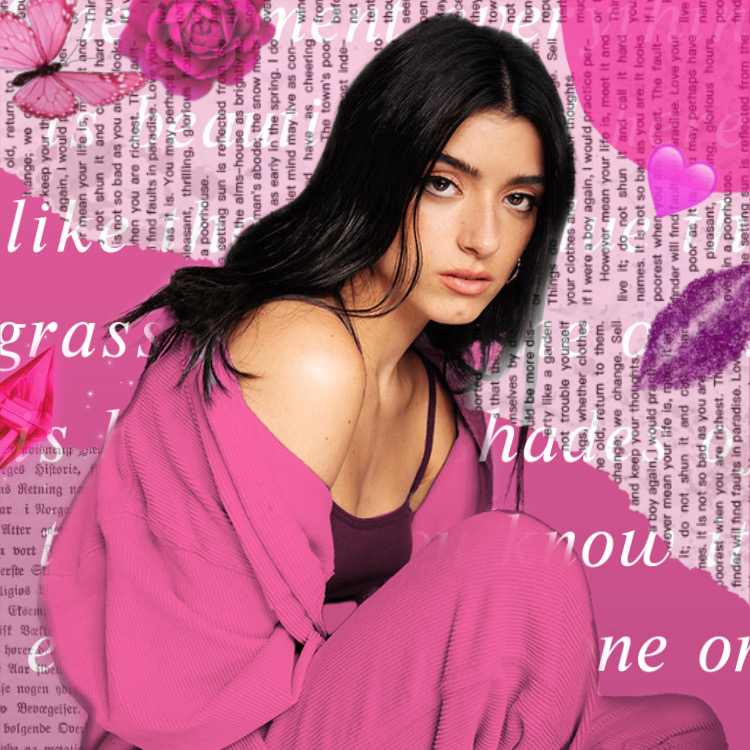 “Chaos” is just as valid as a design principle as “balance” or “harmony.” This belief has inspired makers of collage forever. In the digital age, collage represents a way for artists and creators immersed in the decentralized mindset of social media to share and discover as independent thinkers.

Who hasn’t marveled at the colors of sunset and twilight? When artists Matisse and Van Gogh decided to use magenta in their brilliant landscapes, they inspired generations of artists to try to capture the bold hues in the skies and clouds. 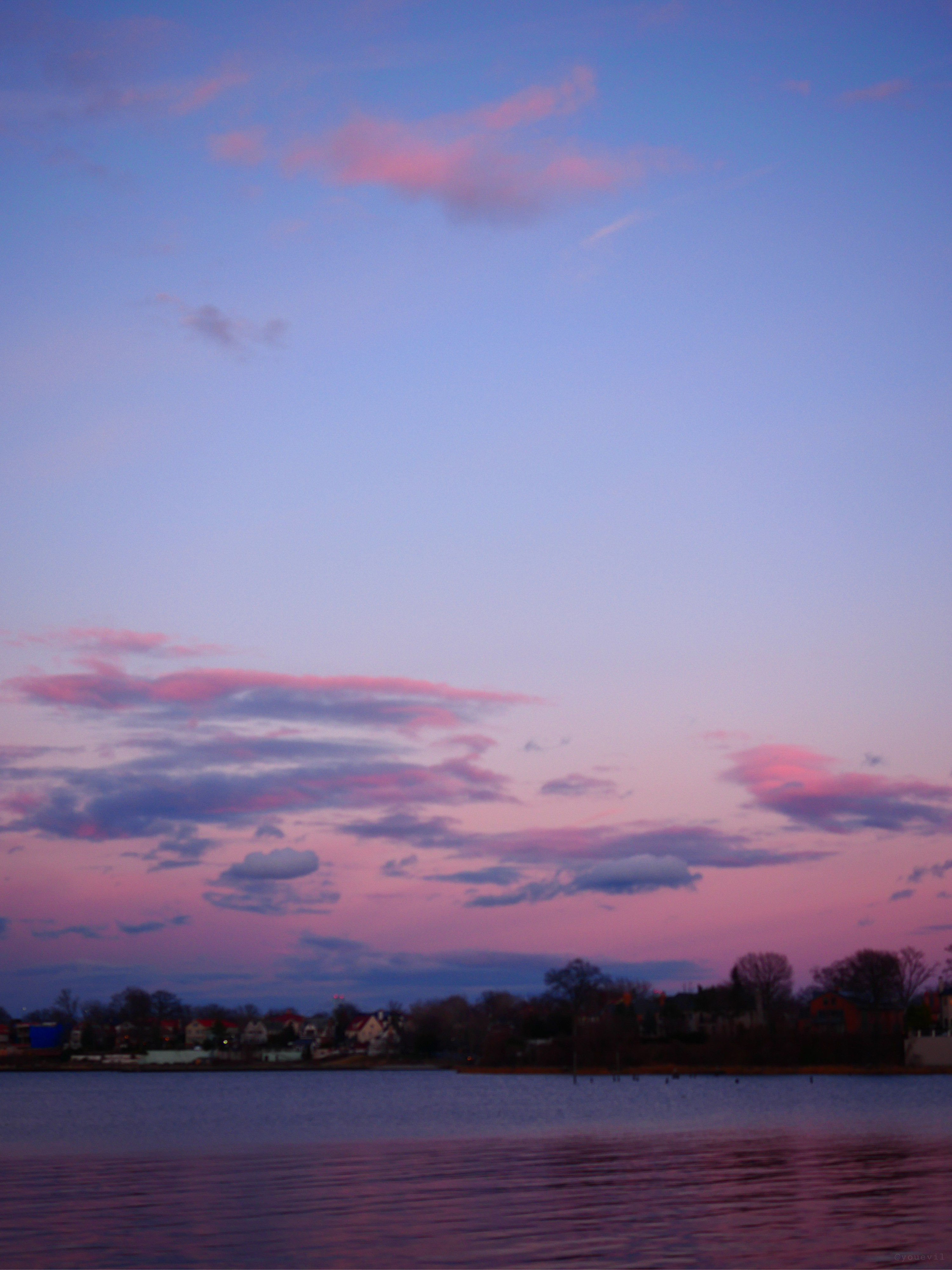 Now you can take a beautiful photograph of a magenta sunset and remix it to make it your own edit, and share it with the world. Finding ways to grow your following online can be a challenge. To make it easier, Picsart has Replays and Challenges that you can participate in, inspiring you to create your own fresh content. 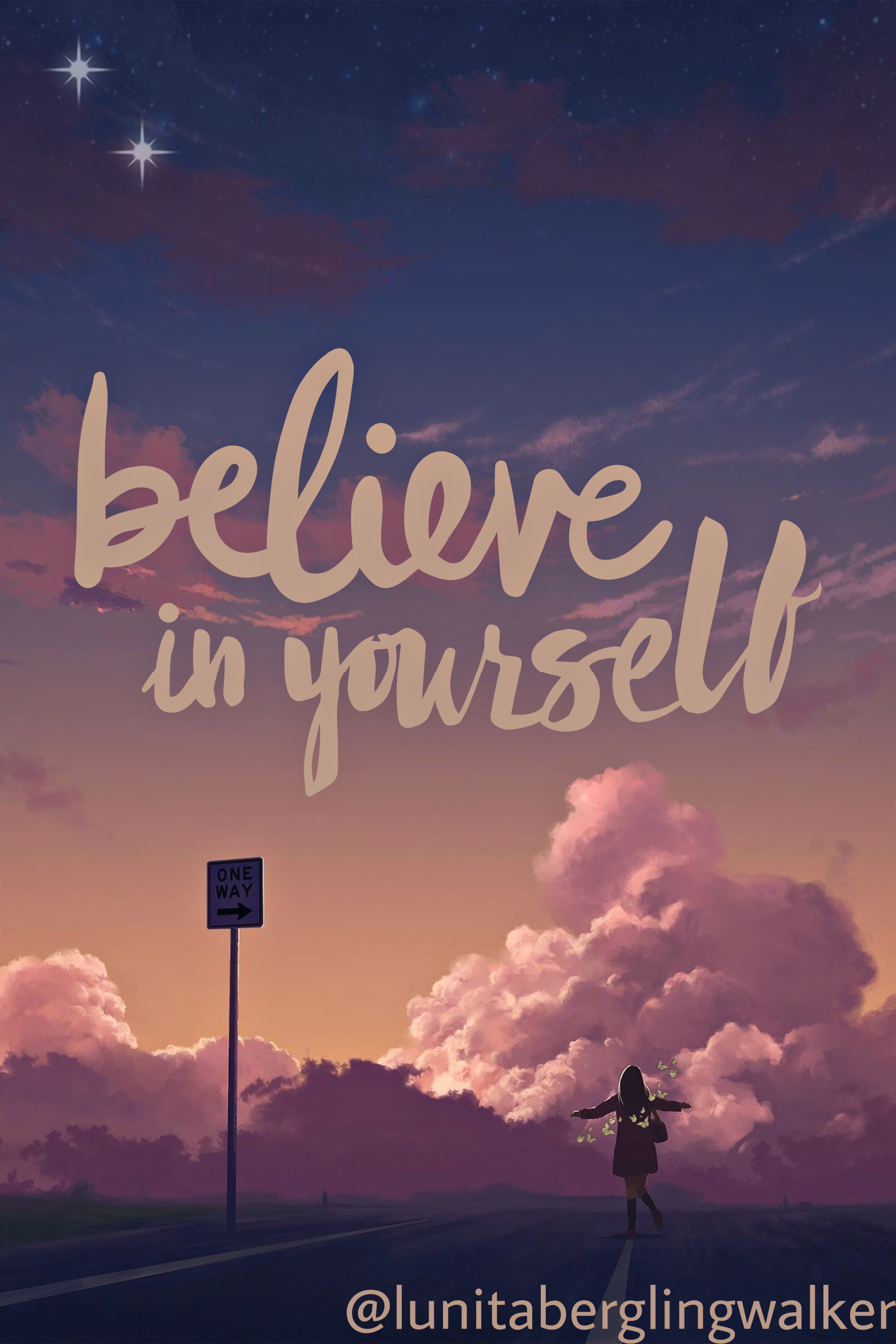 How To Get More Insta Likes And Why They Matter

Geometric Shapes & Patterns: How to Create and Use Them in Graphic Design