First of all, hello to all my fellow PicsArtists! Today, I’m excited to tell you more about the Curves Tool. For me, it is the most important (and sometimes the only) part of my editing process. Due to the nature of photography, my edits are all about about lighting and color.

This brings me to the Curves Tool, the mother of all tools since it’s all about color and lighting. And many of us neglect it because it is a very complicated tool to understand. However, I’m hoping to clear up the mystery and tell you all about it, in a digestible way.  And I’ll share a few tips and tricks, and a few edits I’ve made using the Curves Tool. Let’s get started!

The ABC’s of the Curves Tool

Here’s an image of a basic curves tool. I’ve divided this diagram to three parts — Shadows, Midtones and Highlights (or A, B and C, respectively). And as you can see, there is a diagonal line going right through the middle. 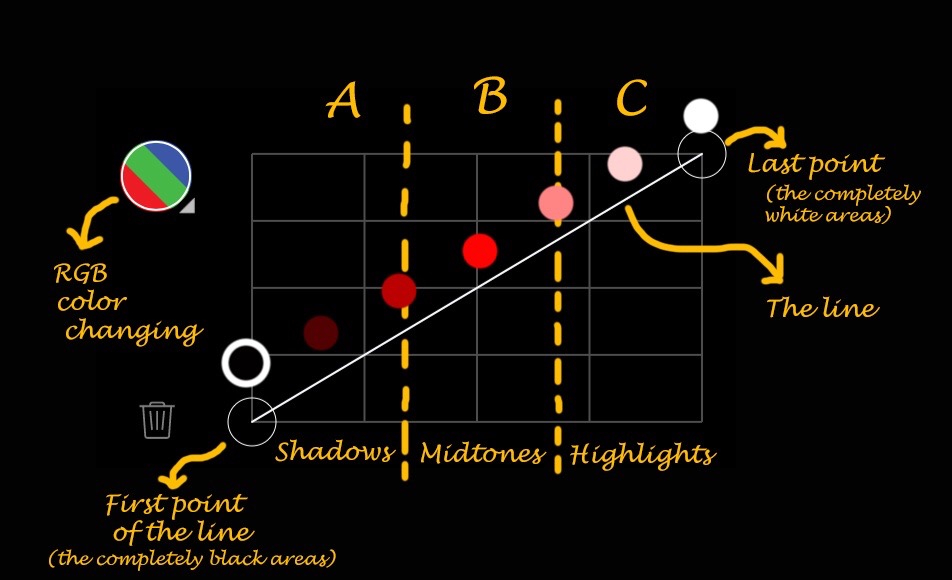 Below is a simple photo with many bright and dark areas in it. Imagine every little dot in this photo is a dot in the diagram. The bright parts are on top of the diagonal line. The parts that are not bright but not dark — just in the middle — are called the Midtones, and they sit right in the middle. And the darkest parts are close to the bottom of the line. 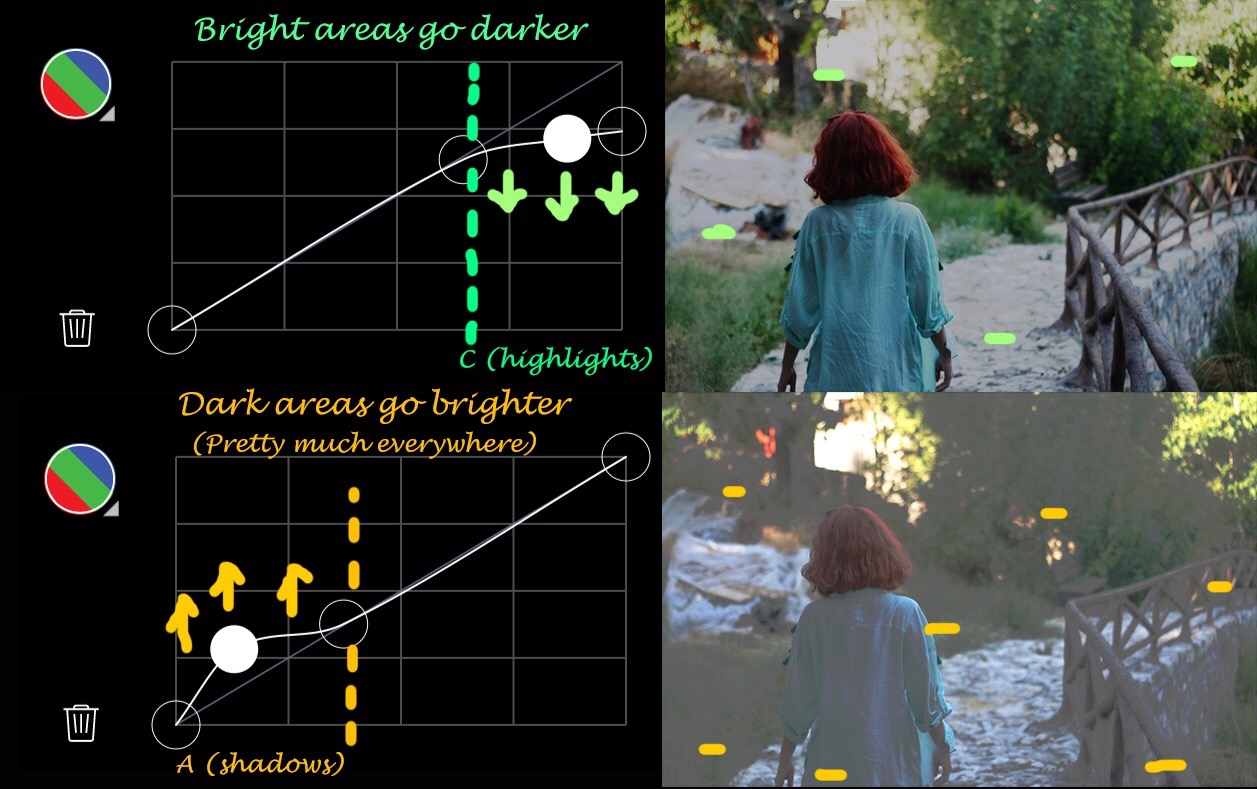 If I put a point right in the middle and take it up, the whole image gets brighter. And there you have it, the Brightness adjustment.

The Curves Tool can also adjust the contrast in an image. Contrast is basically the separation between the darkest and brightest areas of an image. To adjust the contrast, you can add two points onto the line. The first point that goes down makes the dark part of the images even darker, while the point going up makes the bright parts brighter.

You can also invert a photo (just like the Negative Effect) using the Curves Tool.

Using the Curves Tool to Fade

I think I speak for most of us when I say I love seeing a good fade in photos. Not sure how to achieve that? You can use the PicsArt Curves Tool to adjust the fade on a photo. To do so, bring the lowermost part of the line up. As a result, the darkest points in the images got brighter proportionally to the line.

If you keep bringing the bottom left corner up, the photo will eventually fade completely to a pure white.

For advanced fading, I’ll add another point near the Midtones, and then raise the lowest point. That way, I’m not toying with the contrast in the original image as much. You can adjust the fading and high contrast with one line, like you can see below.

The Red, Green and Blue Diagram

Any digital image consists of three main colors — red, green and blue. When we were editing the brightness and contrast earlier, we were adjusting it for all colors. However, you can also do the same, but targeting one color. First, tap the RGB button (upper left) and it’ll give you the different color options. Now, you can edit specific colors within the image.

In the image below, you can see that there are a lot of wrinkles in the background. The wrinkles are caused by contrast, which means you can adjust it through Curves. It looks like the red color is dominant in the bright areas, so I’m going to brighten the highlights in the red curve. To show more yellow, I’m going to adjust the blue and bring the line down. 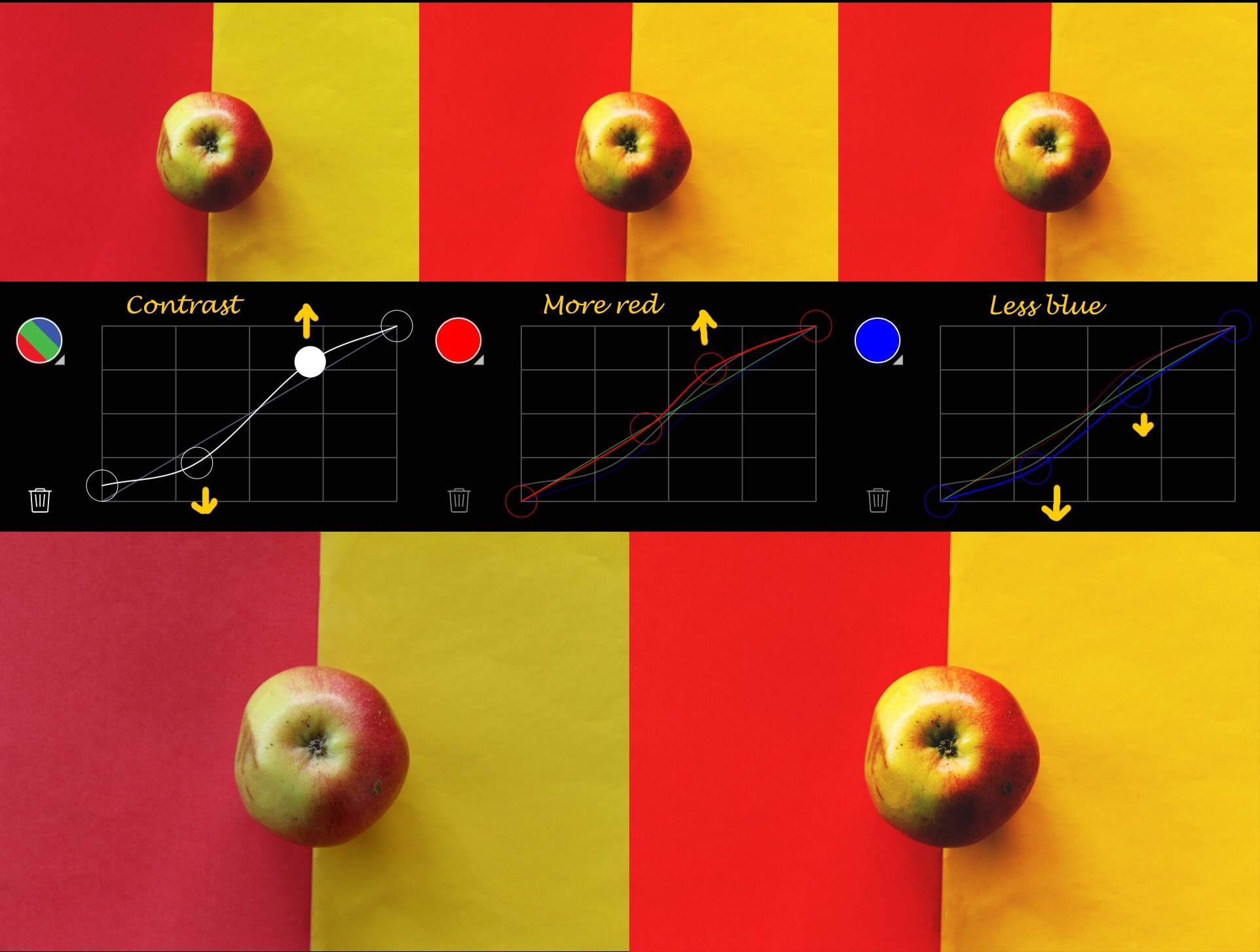 Now, let’s take a more in-depth look at the colors. Imagine you want the highlights in your picture to be a pretty violet color. What would you do?

Because violet is a mix of blue and red, you’re going to want to adjust the blue and red lines. Open the Curves Tool, and put a dot somewhere in the middle to anchor the line. Then drop another point on the line, creating violet-hued highlights.

Perhaps now you want to warm up a photo by adjusting the shadows. To do that with the Curves Tool, add a point in both the green and red lines in the Curves Tool and lift them. Add another point to anchor the rest of the image.

If you’re having difficulty with the RGB diagram, have a complementary colors chart handy while you’re editing.

Here is one last example of my editing workflow with this photo below. 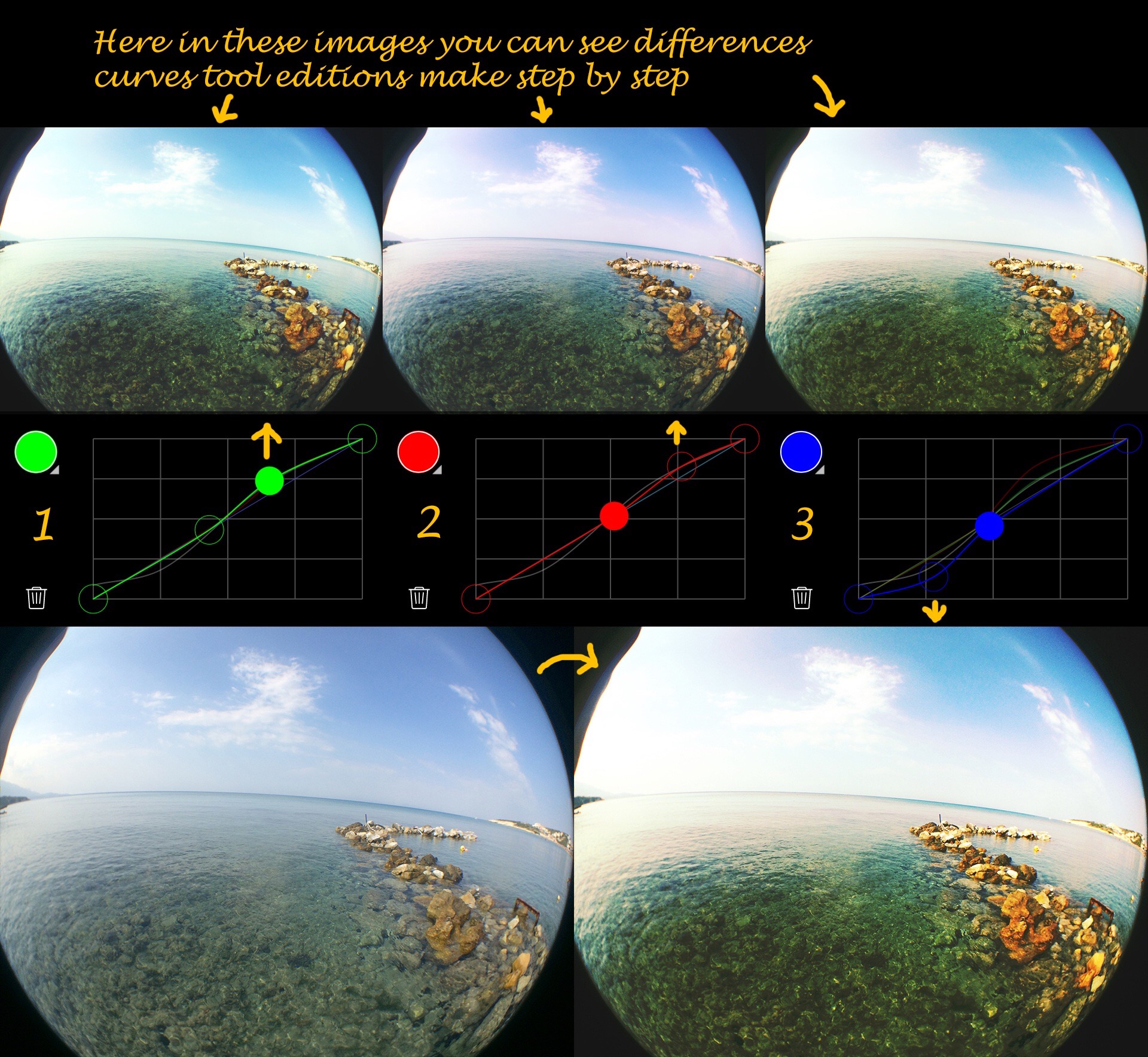 With this picture, the water is so amazingly clear that you can see all the algae underneath on the stones, giving the stones a green hue. I love this aspect of the image, so I’m going to exaggerate it in a few steps. First, I’ll decrease blue (#3) from the dark areas. Then, I wanted to give a little red to the air (#2), to make it feel like it’s sunset. I also added a little more green in highlights and midtones to make a nice transition in levels of the sea and in the levels of air.

My last tip would be: Don’t exaggerate! Don’t bump up the contrast too much, and don’t adjust the colors excessively. More contrast and more colors might seem tempting but it’s just too complex and too detailed. And as art evolves, our style is getting more minimalistic every day. So don’t over-edit your pictures. Nowadays, less details in an image is more appealing than exaggerated editing.

Don’t forget to follow Alp on PicsArt, and show us how you edit photos in PicsArt photo editor using the hashtag #CurvesTool! 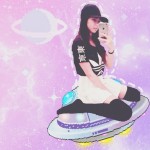 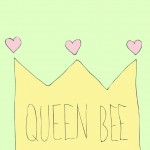 Make Everyone Jealous With a DIY Phone Background 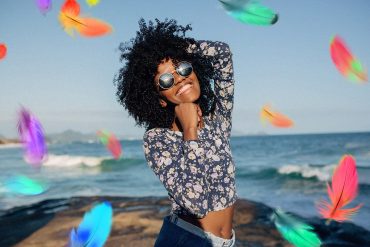