With the advent of digital graphic design portfolios and the ease with which graphic designers can promote their work to potential clients, it has never been more convenient for creative directors or art directors to curate their content and showcase their design skills to the masses. Online portfolios have also improved people’s ability to access design inspiration at any moment, which can be helpful when graphic designers feel stuck in a rut or when they want to compare their design skills with other creatives. Read on to discover some of the best designs and portfolio websites to inspire you as you set out to create your own brand identity, business card designs, or simply to improve your own online portfolio as you seek a new job. 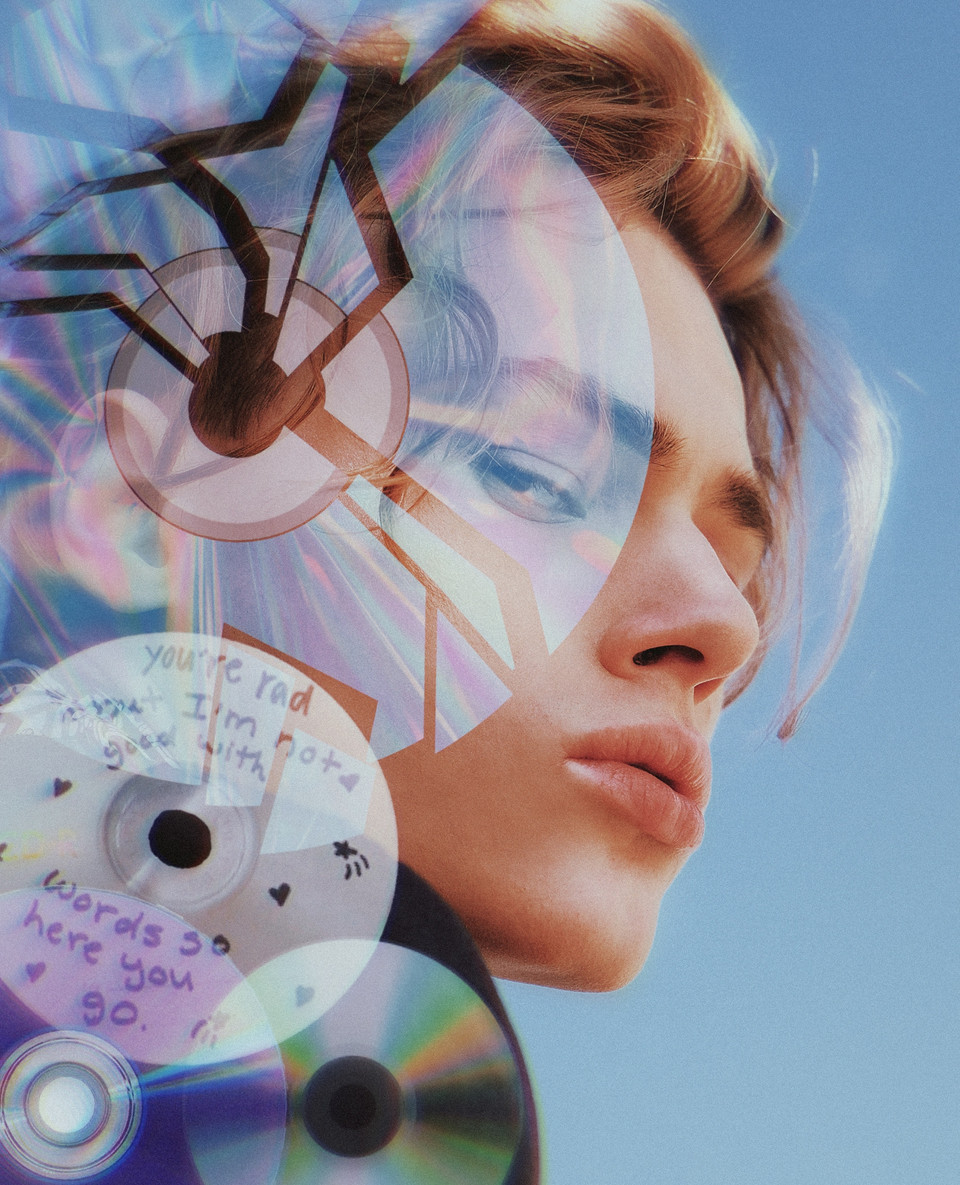 With a focus on branding and interactive design, Tobias van Schneider has come to be known for his timeless design work and creative direction for brands such as Google, Spotify, Red Bull, NASA, BMW, Sony, Toyota, Ralph Lauren, and more. He is also the co-founder and creative director of Semplice, a portfolio system and community of the world’s leading designers, where he is responsible for creative direction, product design, branding, and marketing.

Formerly of Sagmeister & Walsh, Jessica Walsh is the founder of &Walsh and continues to stun viewers with her otherworldly graphic design portfolio that ranges from straightforward to surreal. Her Behance portfolio is bursting with brand identity concepts as well as cover designs and political cartoons for The New York Times Magazine.

Kim Dero is a food and beverage packaging designer who incorporates traditional patterns and motifs in his creative graphic design work. His visually captivating designs range from conventional to quirky and add a whimsical spin to products that line the supermarket and specialty food store shelves.

A Los Angeles-based illustrator and animator originally from China, Jiaqi Wang takes objects from ordinary life and transforms them into playful illustrations that have been injected with tons of color. Her creative drawings and visual design have a retro and nostalgic feel and tell complete stories through 2D images.

One look at Kate Moross’ wacky and totally ’90s-inspired portfolio, and you will be transported into a totally tubular Technicolor dream. Her work features bold and bodacious curvy handwriting and graffiti-style typefaces that give a youthful feel to her graphic design. She also incorporates pastels and neons in abstract shapes to take us all back to a funkier time.

Some would say the ’90s were the best years for graphic design. The personal computer was emerging as the latest technology and the first attempts at creative design were being explored in a digital format. It was also an exciting time for young creatives who were itching for an outlet that would help them express themselves — a phenomenon that defined the experience of the youth of the late ’80s and early ’90s. Graphic designers were getting the hang of the tools that were taking them away from an analog world and were being launched into a space that allowed them the freedom and creativity to create some of the earliest digital designs. It was an exciting time! What came of their experimentation is a variety of styles that reflected the values of the generation that would soon become more influential than they could have ever imagined. Read on to learn more about the ‘90s graphic design trends that defined the decade and get lost in the nostalgia of it all! 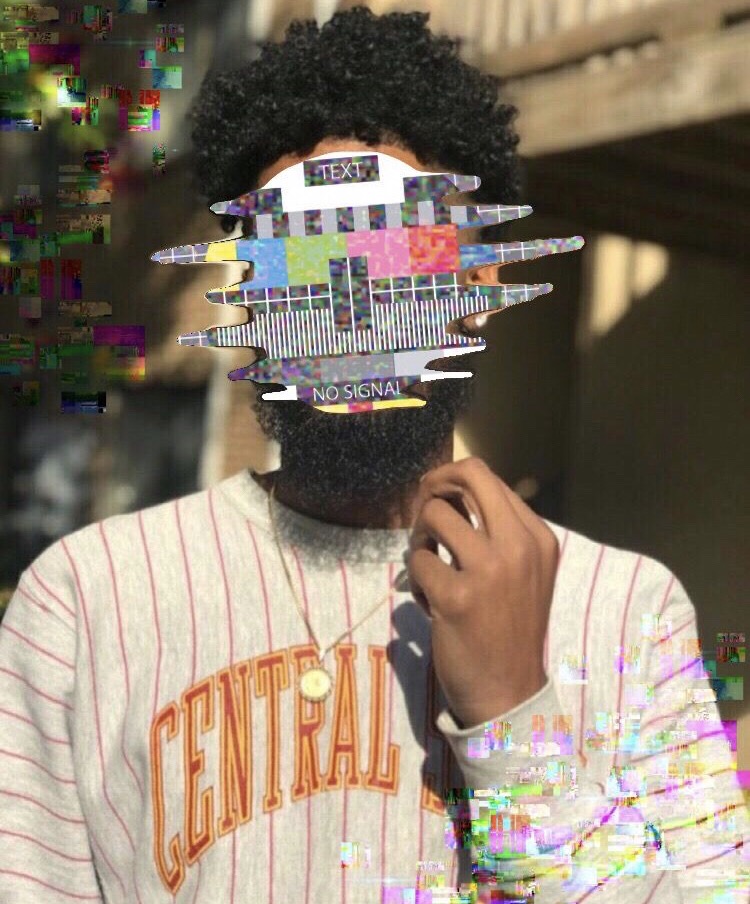 Kids and teens of the ’90s didn’t take themselves too seriously. So, it’s no surprise that the graphic design of the time reflected the same kind of playful and irreverent attitude that was alive at the time. The geometric and abstract shapes and patterns and zany color combinations that have come to be iconic and duplicated even today are indicative of the energy of the late ’80s and early ’90s youth who just wanted to have fun. 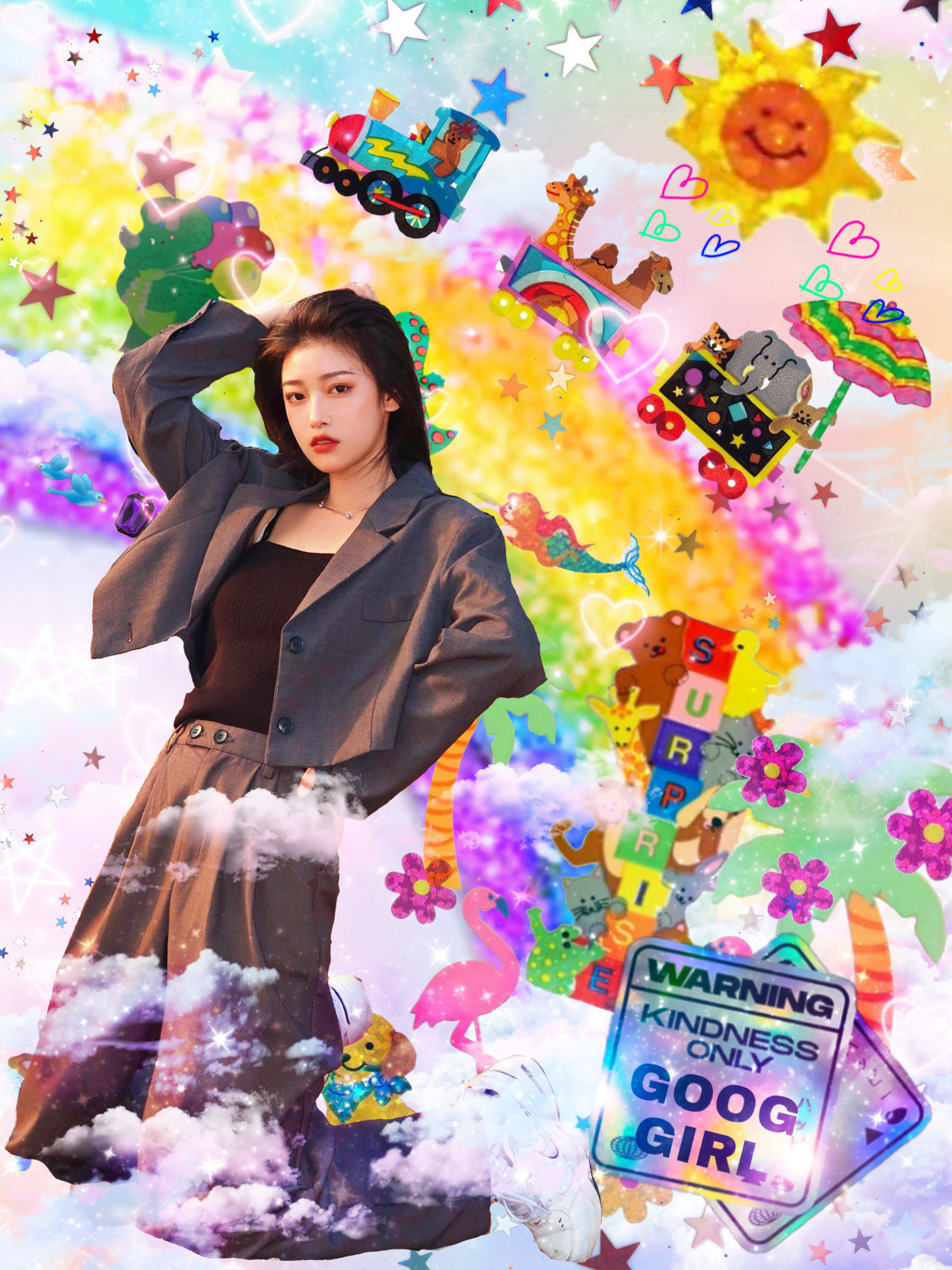 The rave subculture was alive and well in the late ’80s and early ’90s, and its influence definitely showed up in the graphic design of the time. Think of groovy hues like pinks, purples, and blues and wavy and distorted psychedelic patterns that nodded to a surrealism subculture. Especially in the London underground scene, the acid house design style typically seen on rave flyers was one that rebelliously shouted “we’re not going to take it” from the rooftops. The style is a departure from the fun and youthful aesthetic we typically think of when we think of the ‘90s, but it was an important statement in the design world that expressed an anti-design, anti-establishment sentiment. 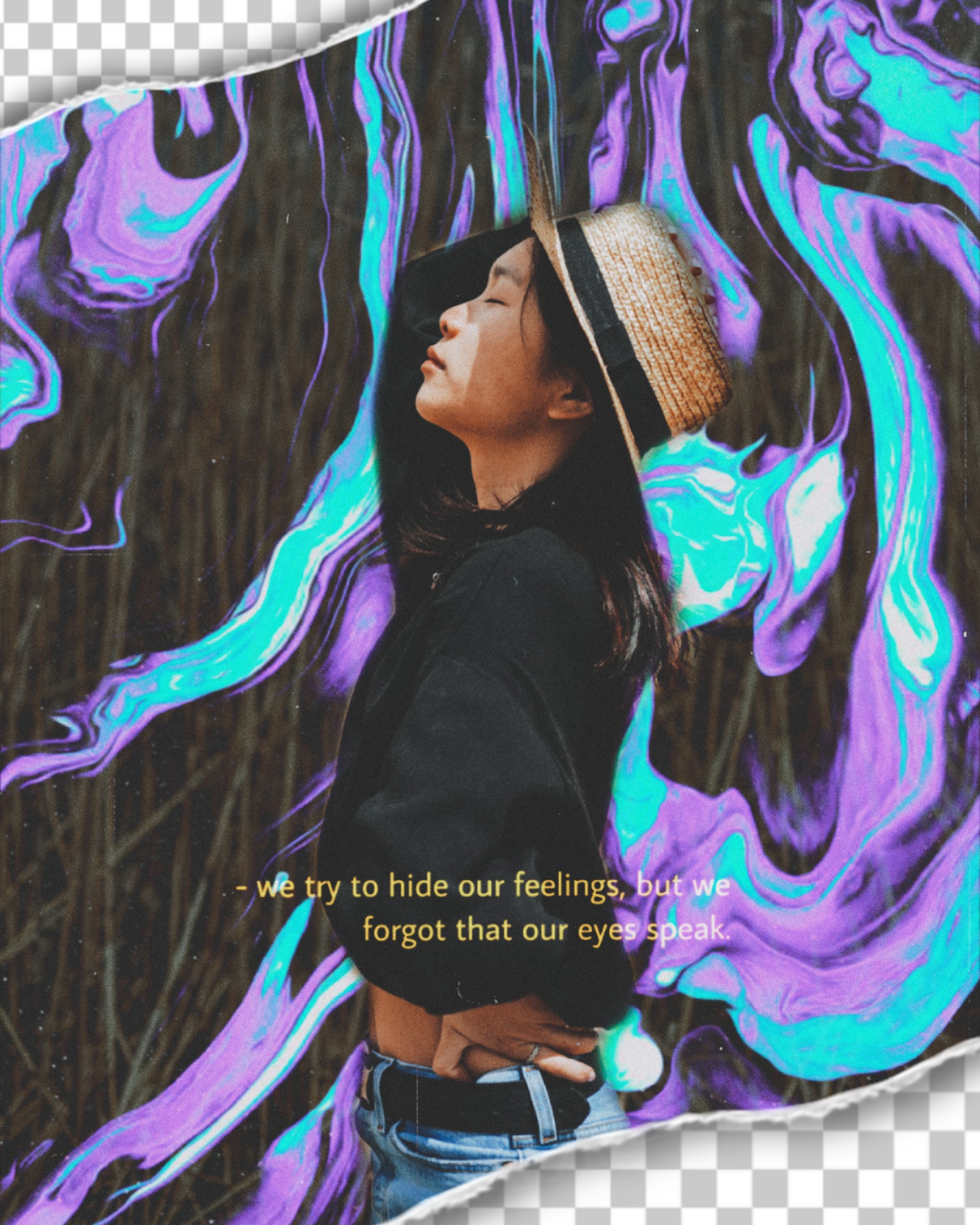 You can’t think of ‘90s design trends without considering the supernatural neon hues that trickled from the late ’80s into the early ’90s. In an effort to distinguish itself from the dark, mostly black designs of the grunge era, the bright colors that took center stage later in the decade were a complete departure from the moody hues of the earlier years. The graphic design of the ’90s was almost entirely youthful and focused on the rise of Generation X, who were coming of age at the time. From the neon yellow, pink, and blue of the Nerf logo to the primary orange of the Nickelodeon wordmark, ‘90s graphic design focused on grabbing the attention of the cool crowd. 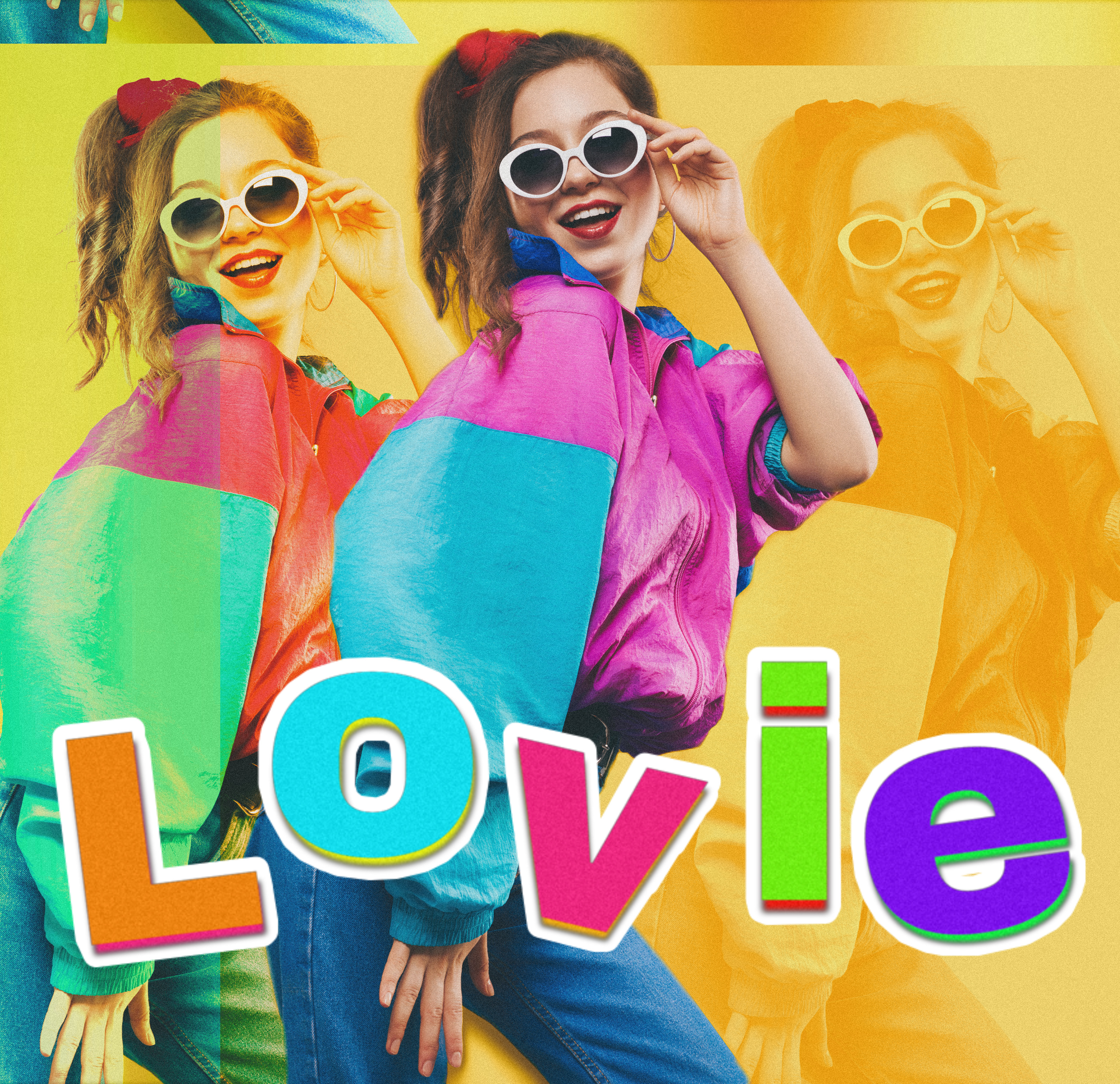 From chunky, funky fonts to edgy and angular typefaces, ‘90s graphic design was dominated by bold and bright lettering. Think of the “Saved by the Bell” logo. The relatively simple design contains four colors in shades of blue, pink, and yellow that aren’t quite complementary. Each letter is also placed a bit off-kilter, which creates a sort of uneasy motion effect of a ringing bell as you look at it. These design decisions were intentional. The retro text effect is lighthearted and youthful, perfect for a television show about six high schoolers trying to figure out life in their bayside town. Fonts also ranged from handwritten brushstroke typefaces like the one seen in the Dirty Dancing title art to curvy and bubbly like in the Comic Sans typeface that shot into the pop culture of the time and continues to have a nostalgic impact on design today. 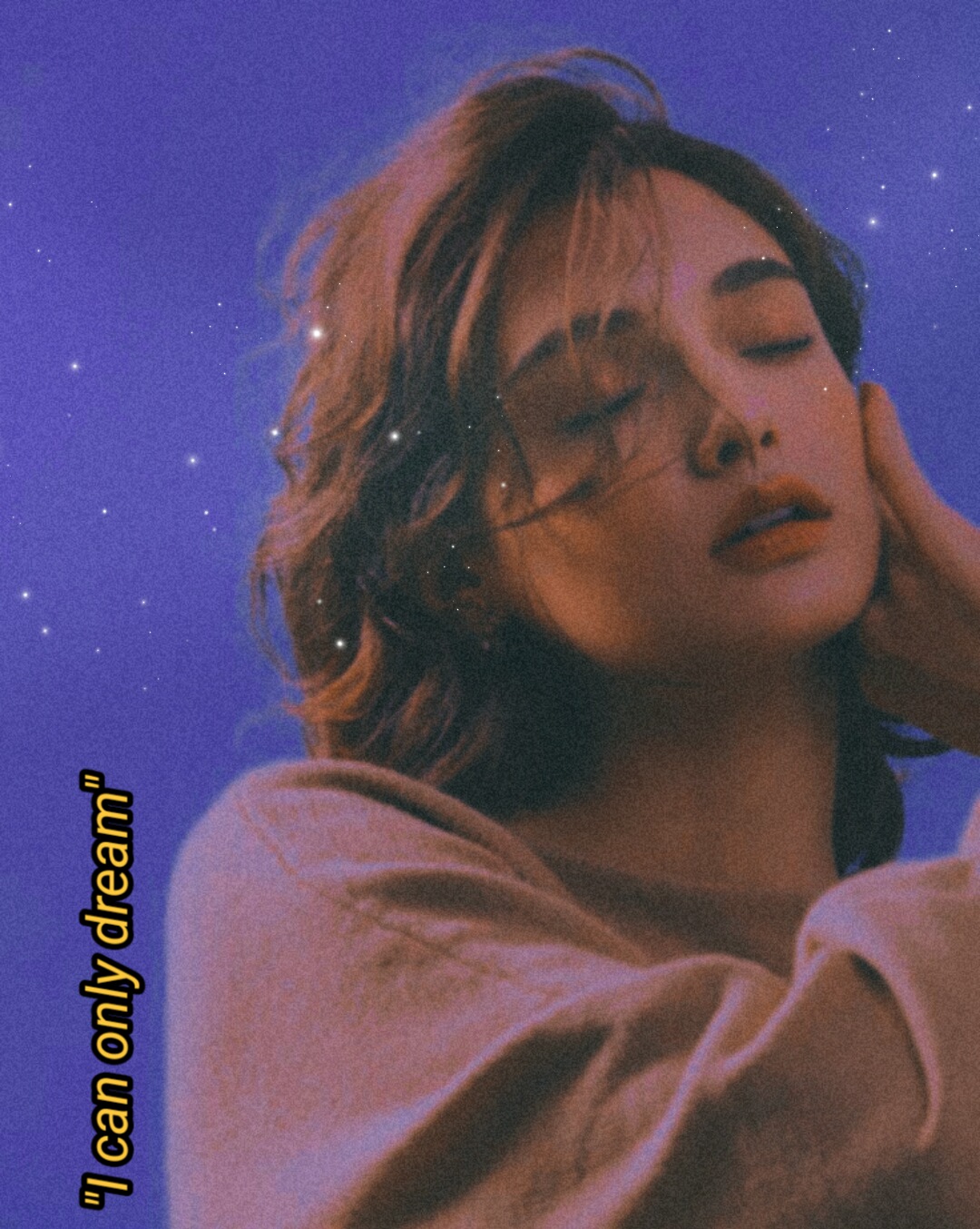 When used sparingly and in the right spaces, the glitch effect that is so-totally ’90s can still make a fun and funky impact in graphic design. Back in its heyday, the edgy effect was reminiscent of VHS recordings in the early days of documenting footage digitally. Camcorders weren’t as sophisticated as they are today, and the distorted glitch effect is a fun nod to the imperfections that are so typical of the videos of that time.

It’s no surprise that the rowdy and rebellious themes of the alt-rock era trickled into ‘90s graphic design trends. From textured and torn effects to unrefined and faded elements, grunge has established itself as a top design trend even to this day. At the time it was the perfect effect to display on poster design, album covers, and band tees and let everyone know that the musicians didn’t take themselves too seriously. 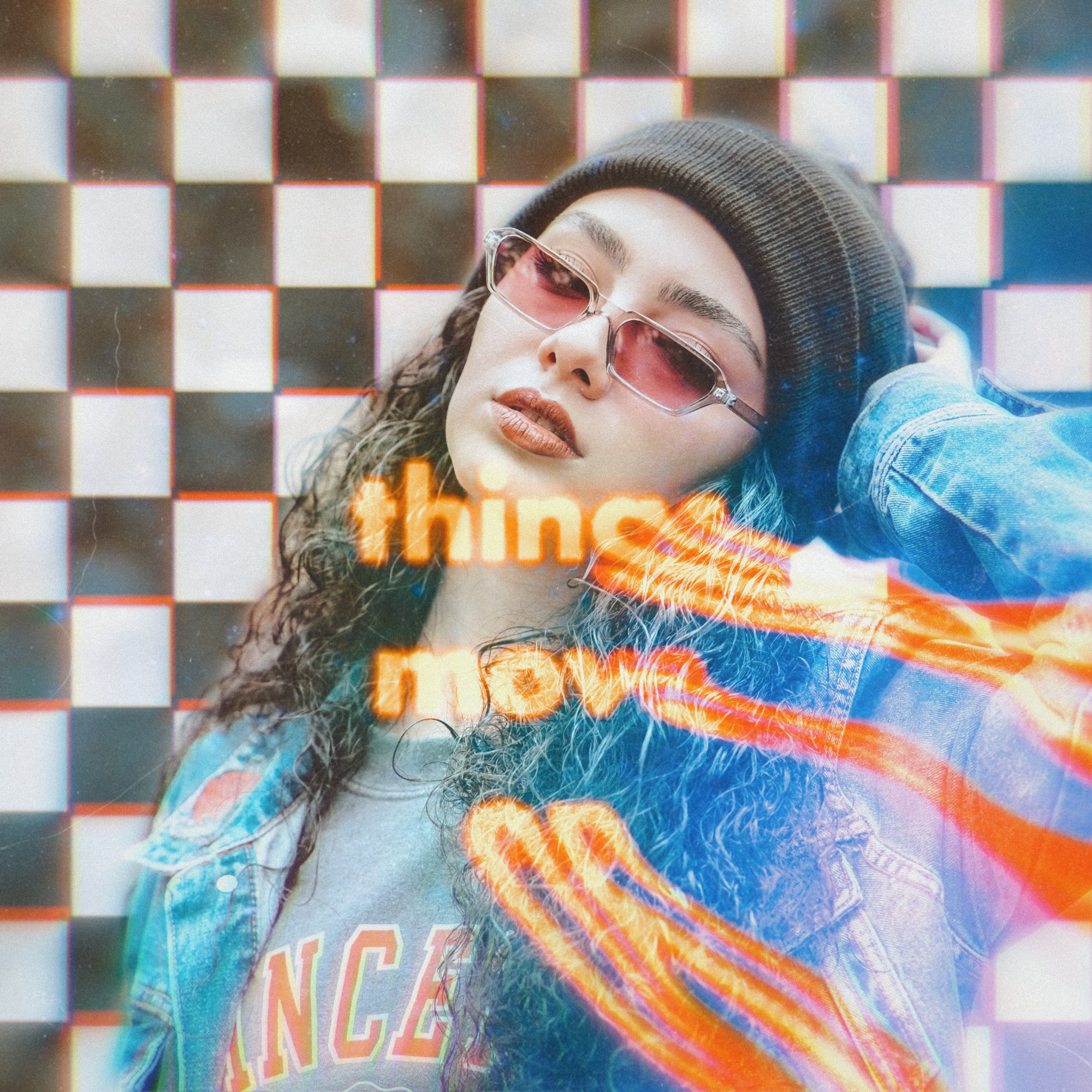 Most Famous Graphic Designers From the ’90s

David Carson, famous for designing the iconic Ray Gun magazine, is one of the biggest names to know in ‘90s graphic design. The alt-rock magazine was first published in 1992 in Santa Monica, California, and featured up-and-coming musicians in the grunge scene. Design-wise, Carson was known for his penchant for the edgy, abstract, almost chaotic style that defined the publication’s acid house aesthetic. He also became known for breaking the traditional layout and innovating in page design.

If you’ve ever been to New York, you have experienced Michael Bierut’s influence on the city’s architecture and signage, from parking signs to some of the most well-known and visible designs. He is known for his unique take on the New York Times building signage as well as, more recently, Hillary Clinton’s campaign logo. 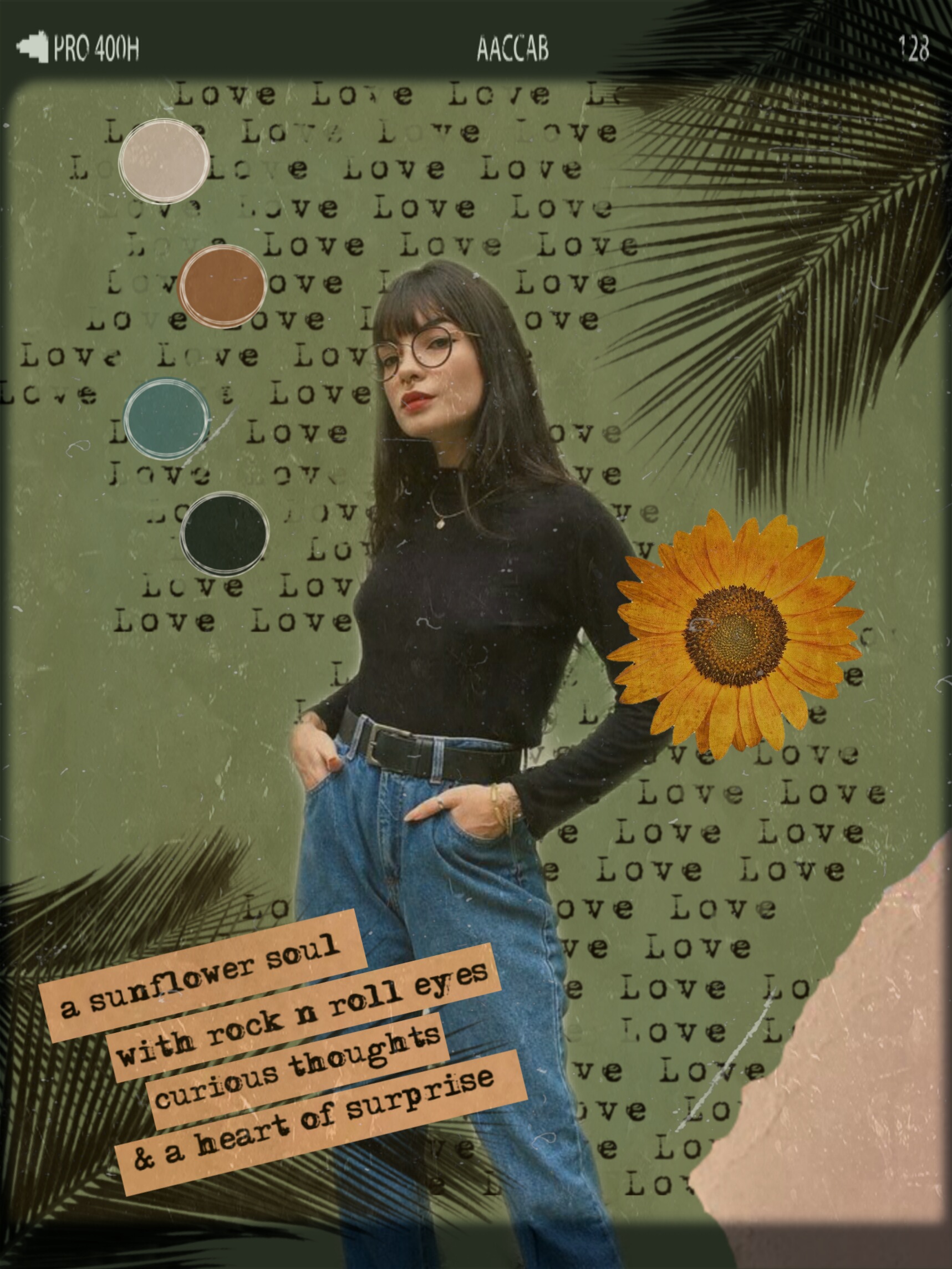 Whether you want to give your graphic design a totally ’90s colorful look or keep it moody and brooding with a gorgeous grunge effect, find all the filters you need in PicsArt’s photo and video editing tools. Read on for a step-by-step guide to creating your nostalgic look.

Get the Glitch Effect 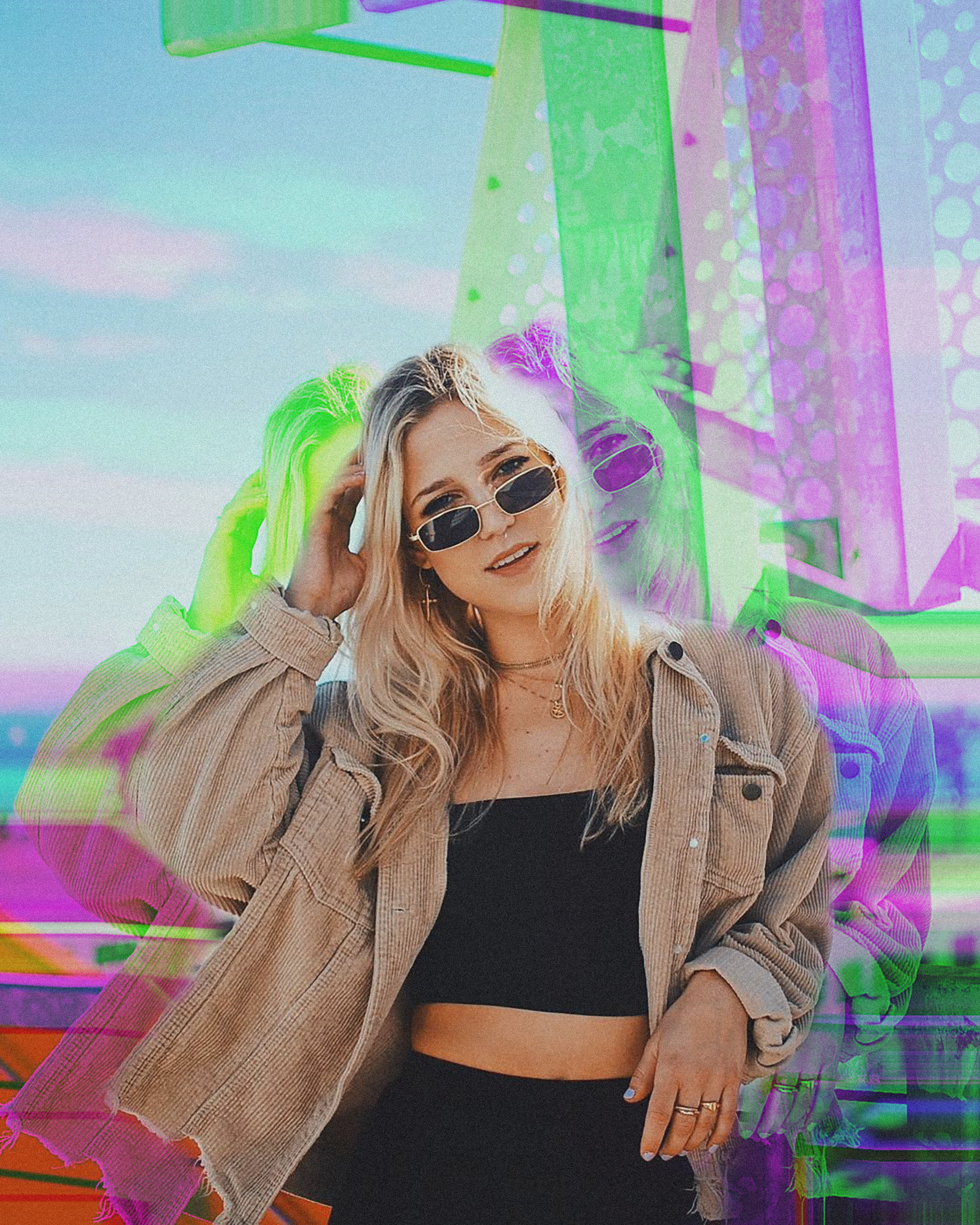 Get the Grunge Effect 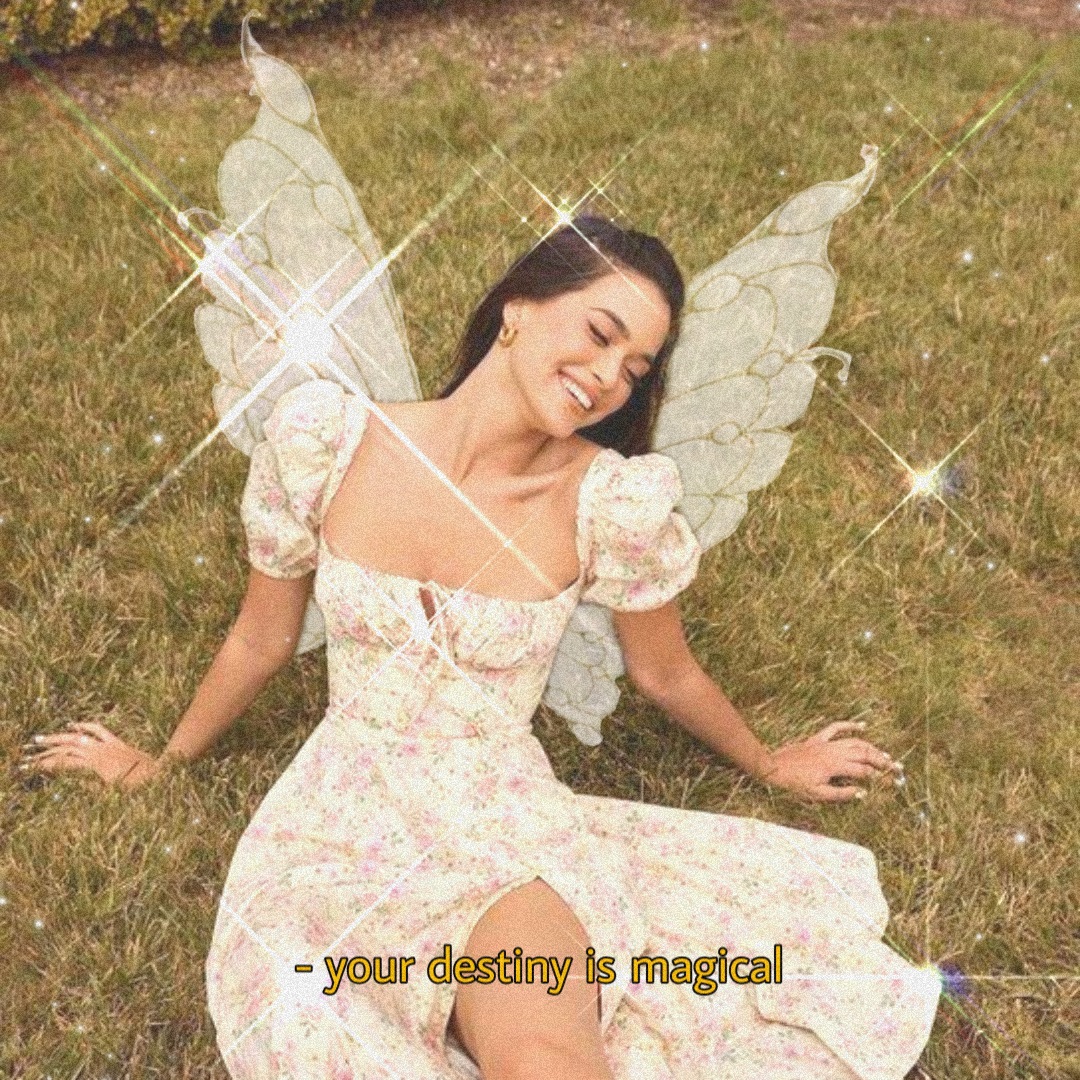 With the rise in popularity of 90s editing styles, you can likely find a Replay to quickly get that perfect 90s look on your photos. Simply tap on Replay on the bottom of the Photo Editor toolbar and search for the 90s aesthetic of your choice. We’ve pulled one of our favorites out for you below to quickly get started on your 90s graphic design journey. 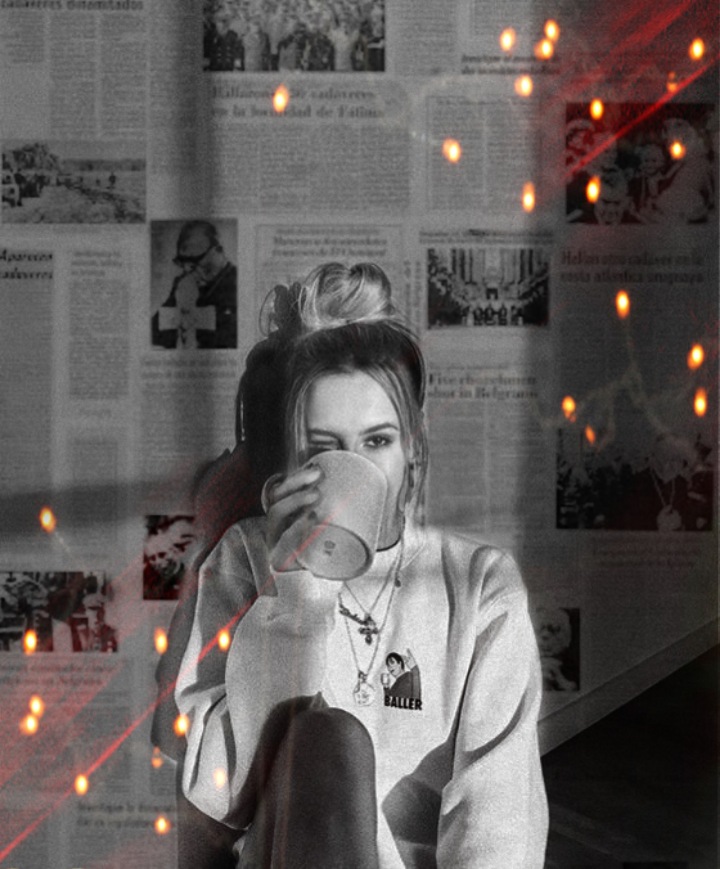